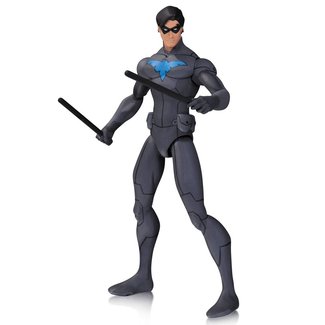 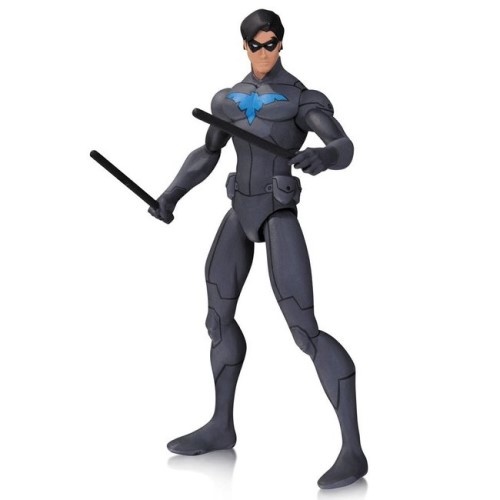 Son of Batman is a direct-to-video animated superhero film which is part of the DC Universe Animated Original Movies. It is an adaptation of Grant Morrison and Andy Kubert's 2006 Batman and Son storyline. The film was released as a digital download on April 22, 2014, and was released on home media May 6.

At the headquarters of the League of Assassins, Ra's al Ghul grooms Damian Wayne (son of his daughter, Talia, and Batman) to succeed him as head of the league. The league is attacked by a group of assassins led by Slade Wilson, Ra's al Ghul's initial choice for successor before Ra's met Batman. Feeling betrayed, Slade decided to seize power. During the battle Ra's is fatally wounded, dying before he reaches the Lazarus Pit. Although Damian stabs Slade in the eye, Slade escapes. Talia takes Damian to Gotham City to protect him.

In Gotham City, Batman confronts Killer Croc, whom Talia subdues. She tells Batman about her father's death and leaves their son in his care. Although Damian wants to avenge Ra's al Ghul by killing Slade, Batman objects. Slade, now calling himself Deathstroke, captures Dr. Kirk Langstrom and his family to force him to recreate the Man-Bat formula. Batman follows a lead about the formula's mutagen to Langstrom's apartment, where he finds evidence of Deathstroke's involvement. Talia is captured by Deathstroke when she attacks him.

Against Batman's orders, Damian leaves the Batcave and defeats one of Deathstroke's men. Before Damian kills him, Nightwing arrives, mistakes him for a criminal and subdues him before bringing him back to the Batcave. Batman berates Damian for his recklessness, willingness to kill and exposure of their operation, and makes him Robin to teach him discipline. Commissioner Gordon warns them about an abandoned stadium believed to house Deathstroke's men.

At the stadium, Batman and Damian question Langstrom but are attacked when Damian becomes violent. In the cave, Langstrom reveals Deathstroke's plan to create superhuman, flight-capable assassins. While Nightwing works with Langstrom on an antidote, Batman and Damian rescue his family. Batman guesses that Talia has been abducted when he finds evidence of torture in an empty cell, but is unaware that Deathstroke challenged Damian to a duel in exchange for Talia's life.

Nightwing learns that Deathstroke is operating in an oil rig off the Scottish coast, and when Batman is distracted Damian goes to the rig. He finds Deathstroke and Talia in an underwater base with a swarm of Man-Bats and another Lazarus Pit, whose fluid Deathstroke intends to sell. Damian pulls a gun on Deathstroke, who holds one against Talia's head. Damian drops his gun; Deathstroke fires at him, but Talia jumps out and takes the shot. As Deathstroke corners Damian, Batman appears and the Man-Bats attack. Batman wards them off with sonar-emitting devices, and Deathstroke flees.

Batman takes Talia into the Lazarus Pit, while Nightwing and Langstrom reach the oil rig and cure the Man-Bats. Damian defeats Deathstroke, refusing to kill him because he is his father's son. The elevator from the rig to the underwater base is destroyed, flooding the base. Batman, Talia and Damian escape, but Deathstroke is left behind. Batman and Talia argue over Damian. She decides to let him care for their son, and leaves with the League of Assassins.