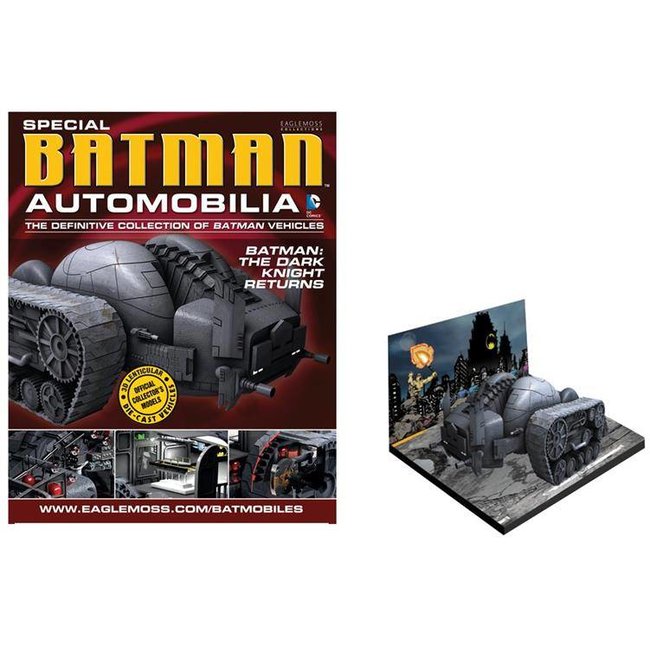 Crack in the display, product itself is 100% oké.

The Batman Automobilia Collection gives collectors the most definitive collection of Batman's vehicles ever assembled. These amazing die-cast vehicles reproduce the Batmobiles that have been seen in comics, on television, and in the blockbuster Batman movies since Batman's debut in 1939. Each Batmobile comes with a unique 3-D lenticular backdrop that creates a detailed scene of the Dark Knight and his vehicle. Perfectly reproduced at 1:43-scale and made of zinc alloy, these die-case vehicles have additional metal castings for extra detail, including gadgets. Every vehicle also comes with an informative 12-page magazine that looks at the history of the vehicle - and Batman himself.

From the critically acclaimed comic series - Batman: The Dark Knight Returns - comes the futuristic tank-like Batmobile. This scale model of the heavily armed, militaristic Batmobile is produced in immaculate detail and set in front of a 3D lenticular. 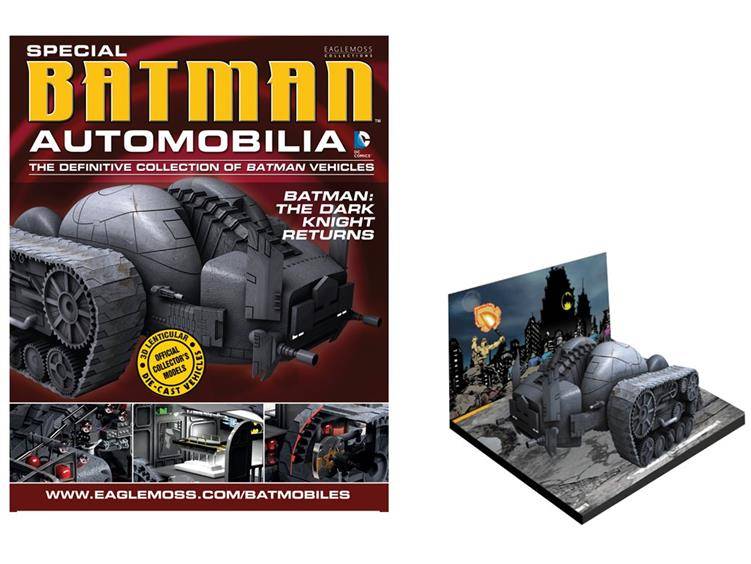 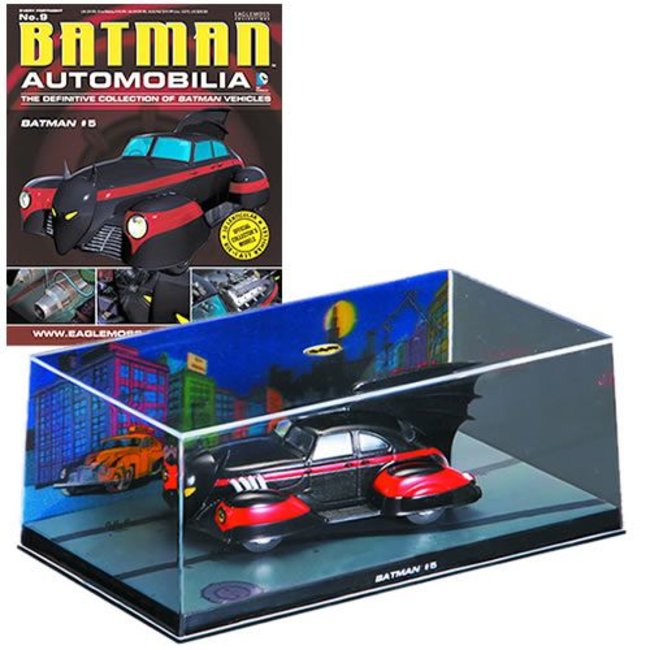 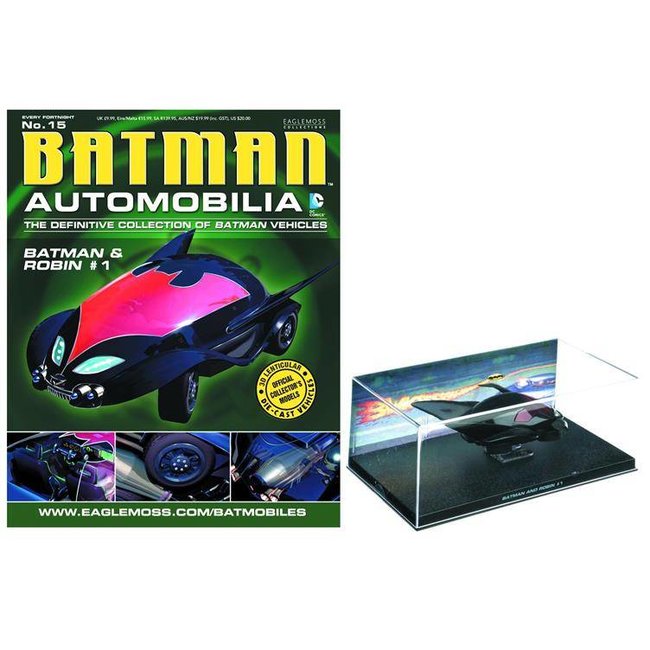