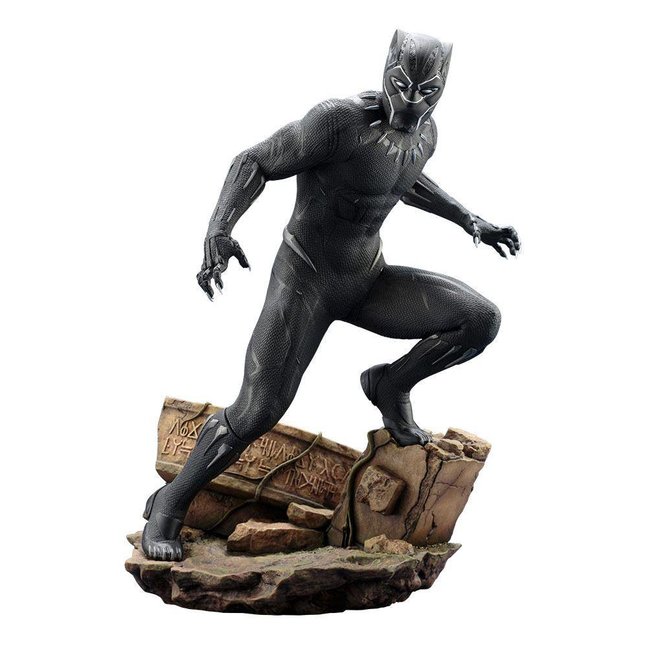 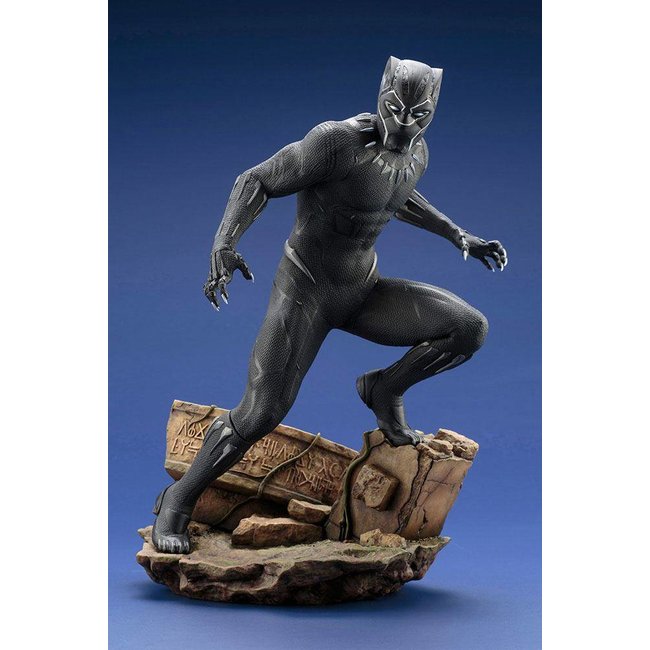 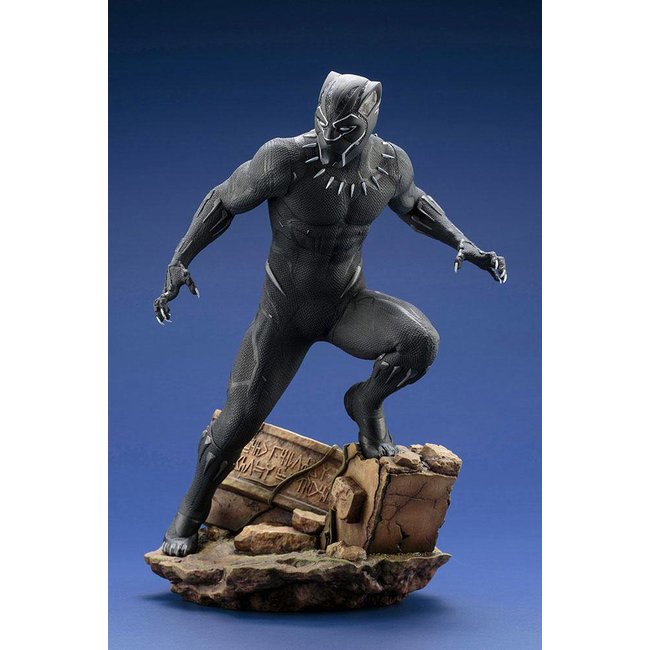 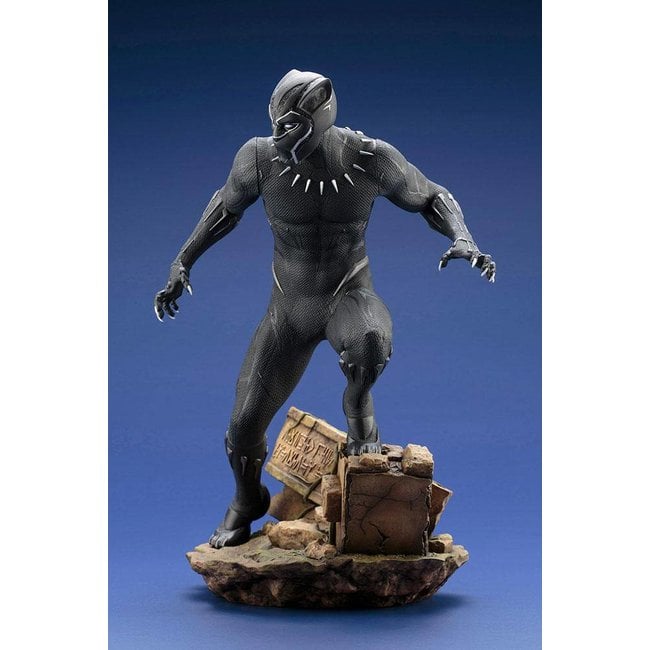 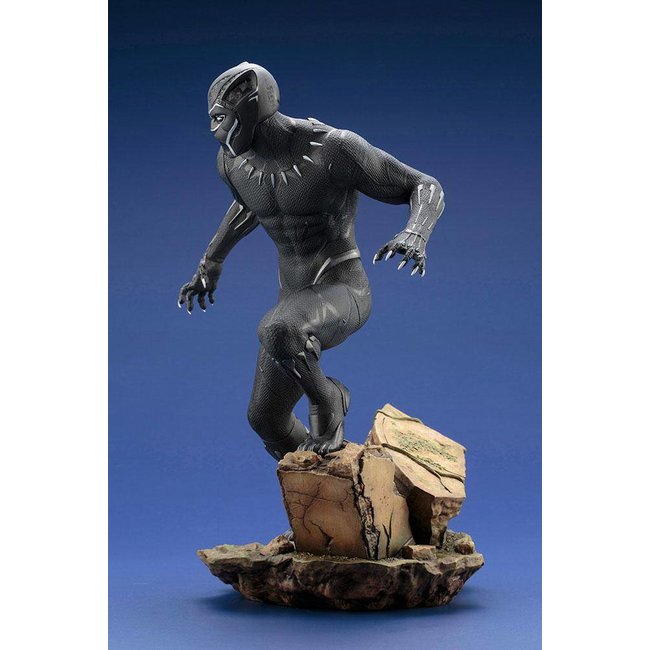 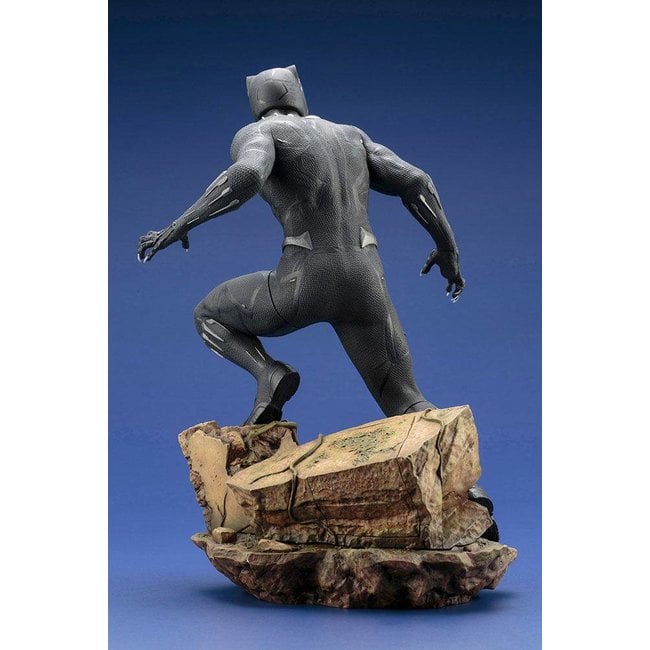 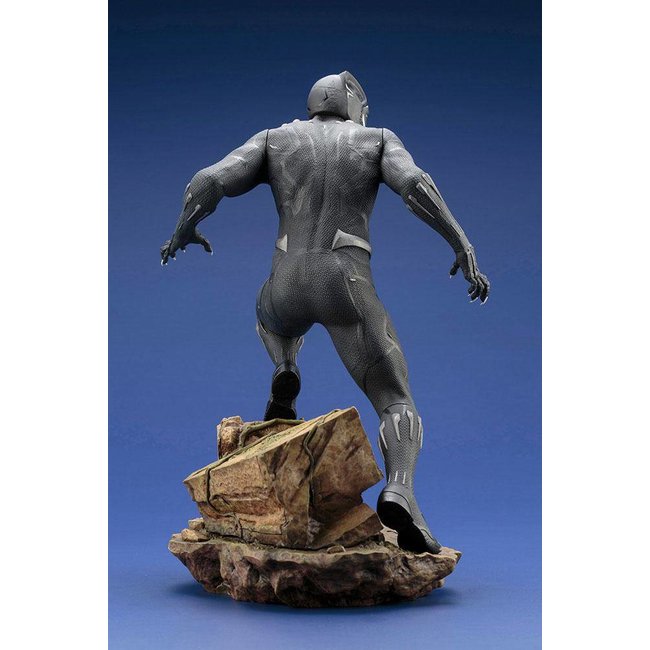 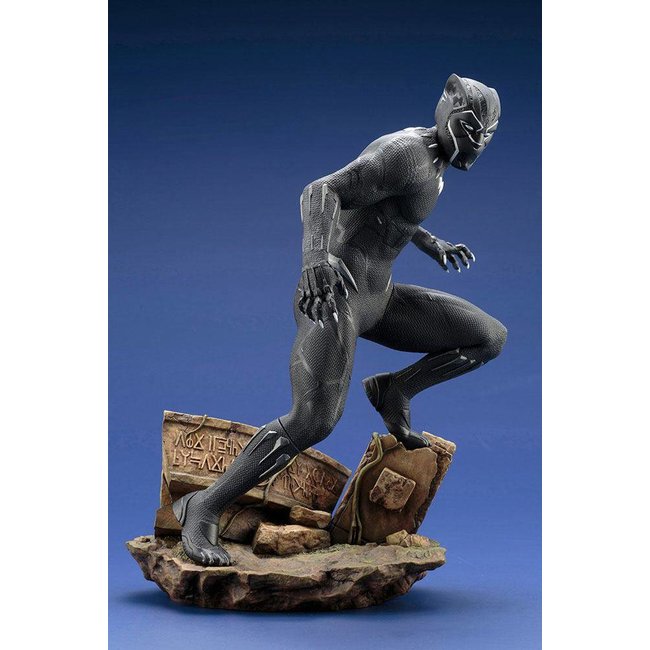 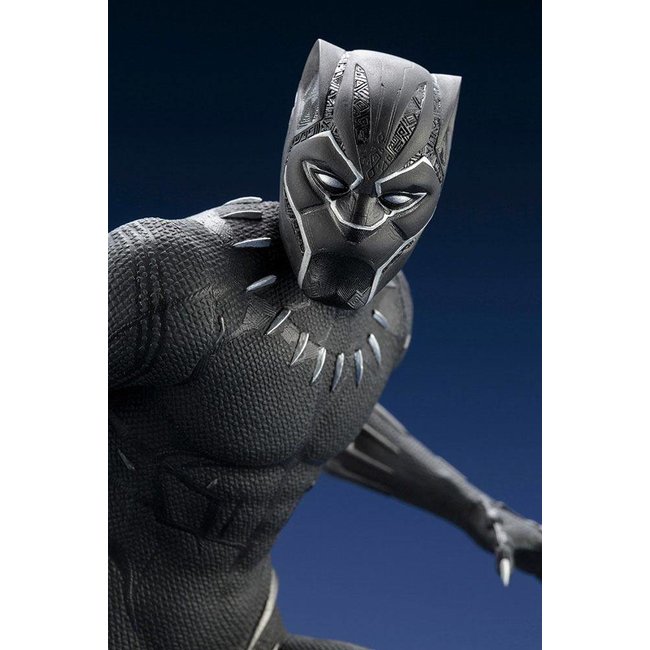 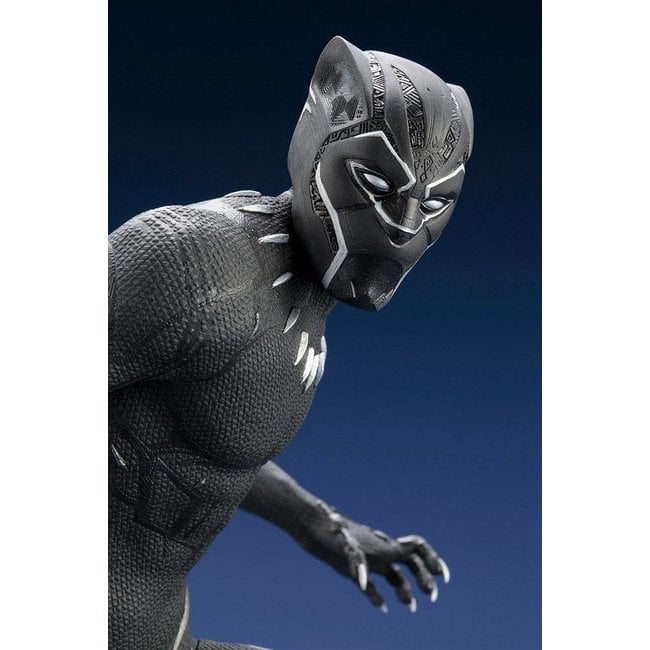 After his smashing debut in the highest grossing film of 2016 and the release of his own feature film in February of 2018, Black Panther is making his debut in Kotobukiya's ARTFX line!

Super hero and King to the Wakandan people, the details in Black Panther's suit and claws are sculpted in stunning detail. As part of the ARTFX line, the statue maintains a high level of quality at an affordable price.

The included georama base conjures up the ancient ruins of Black Panther's home country.

Slated to appear in Avengers: Infinity War in May 2019, Black Panther is a hero to watch out for! 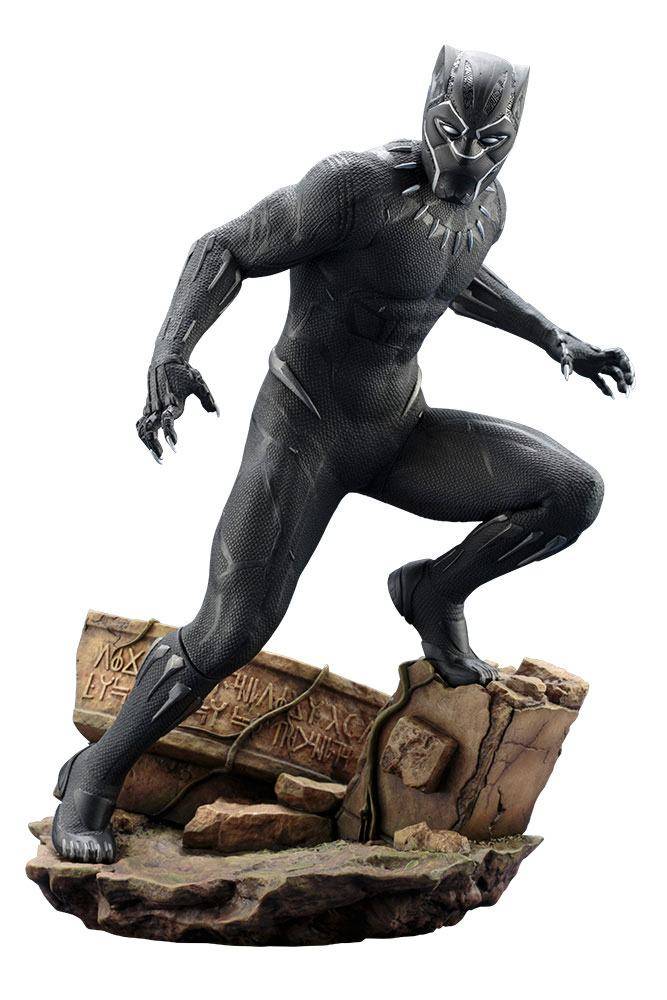