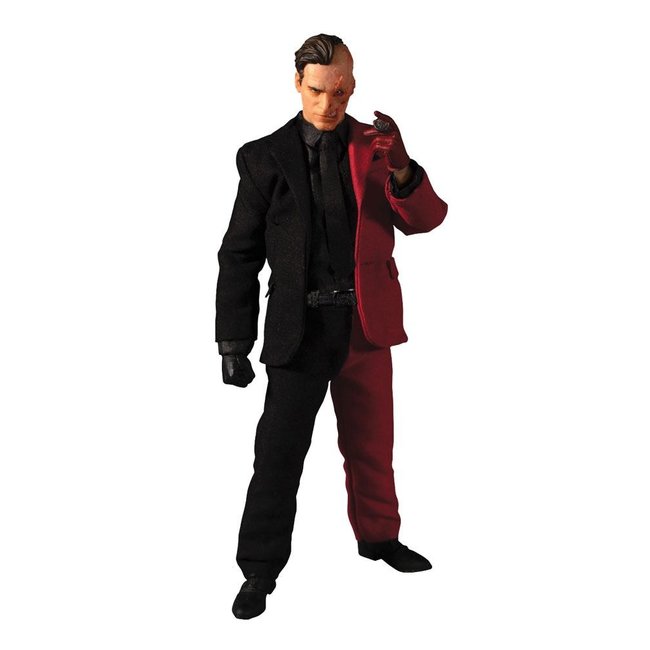 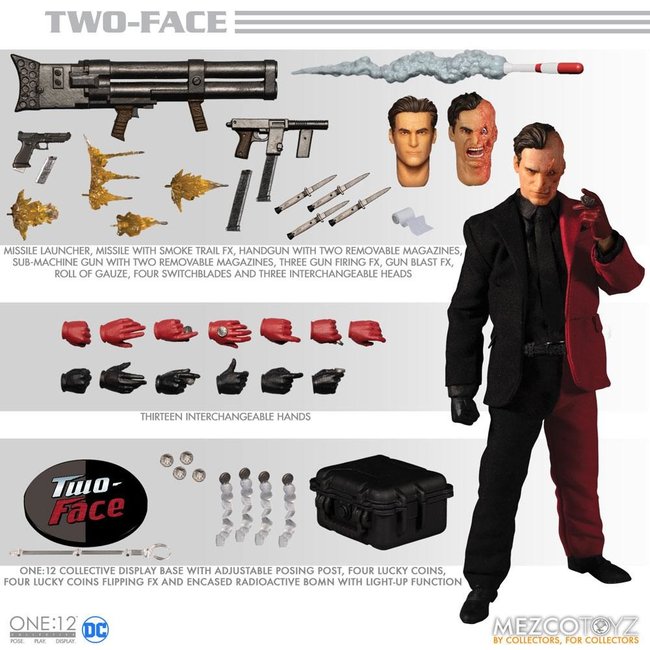 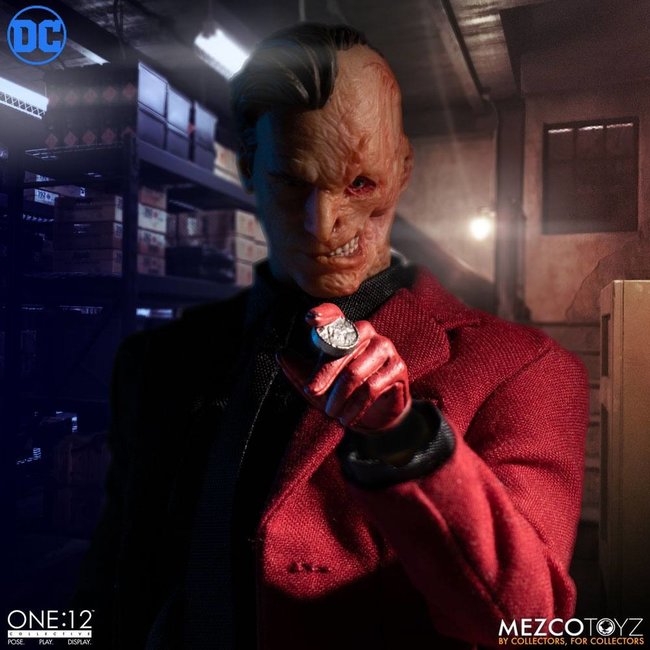 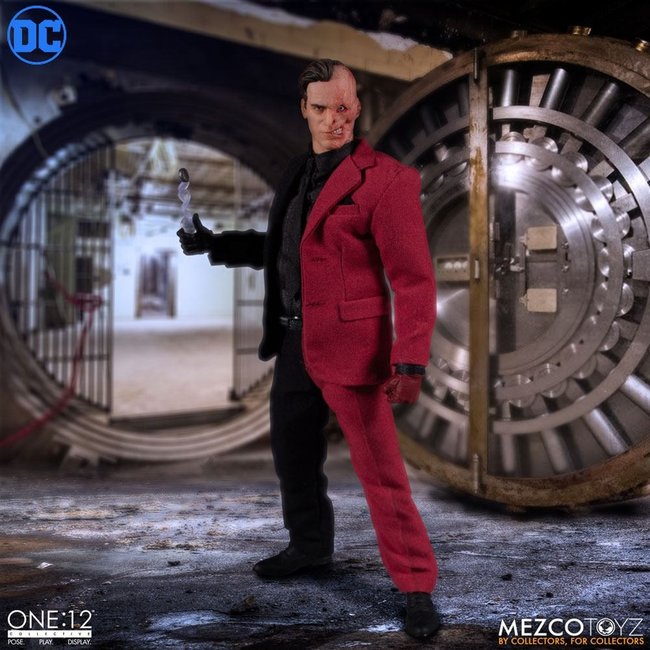 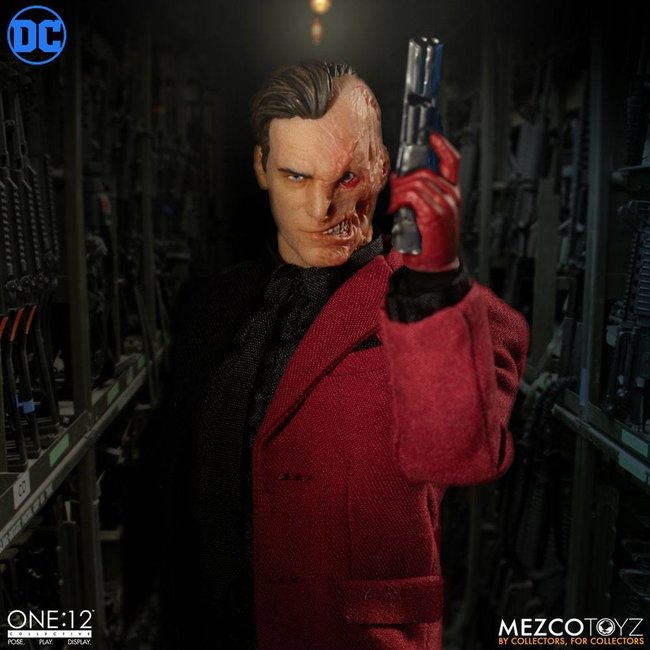 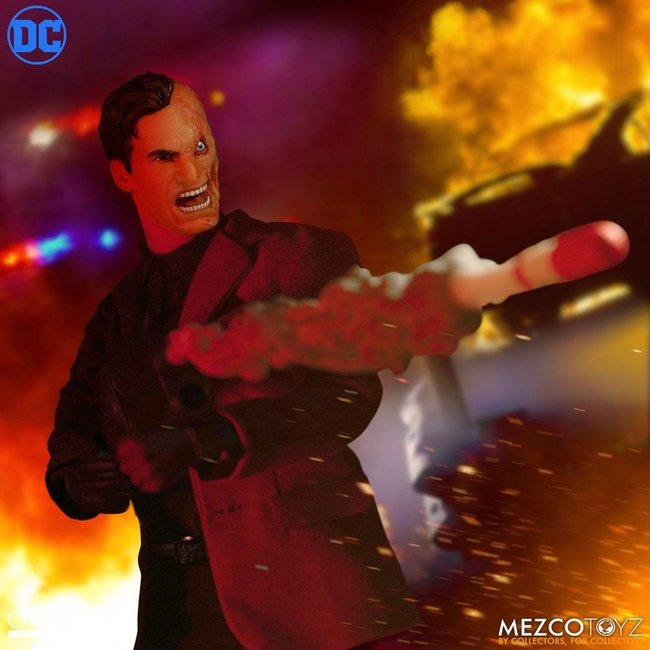 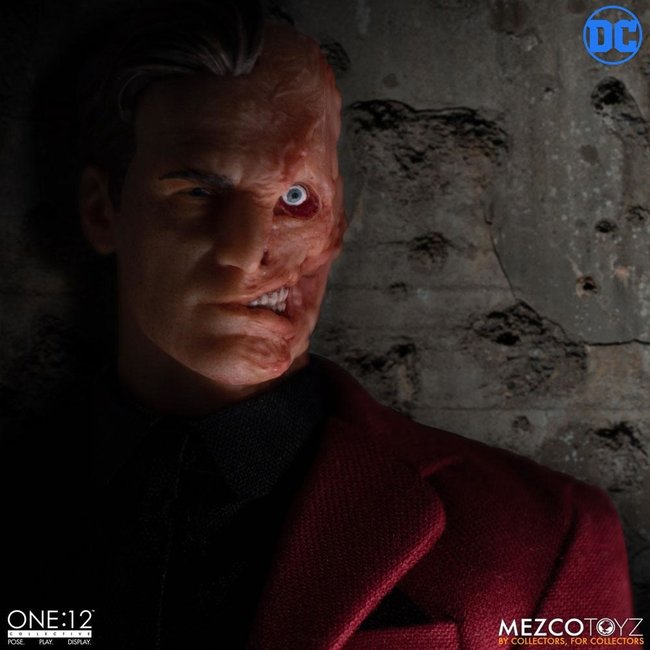 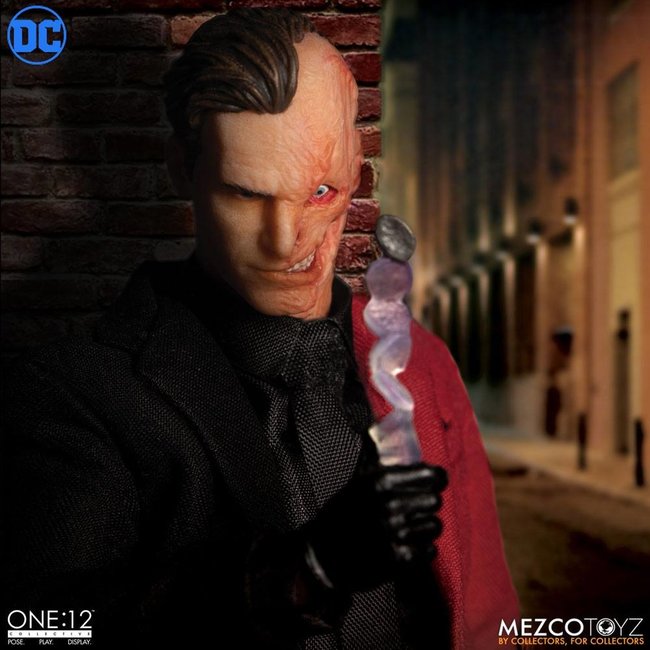 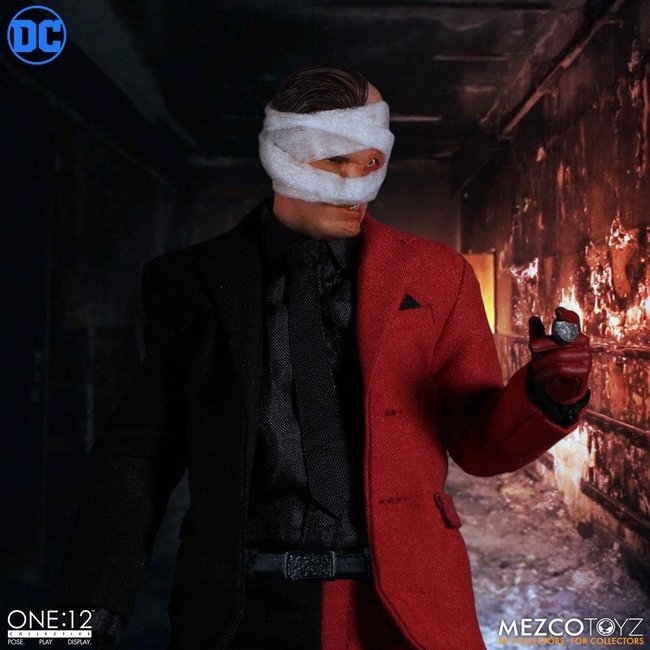 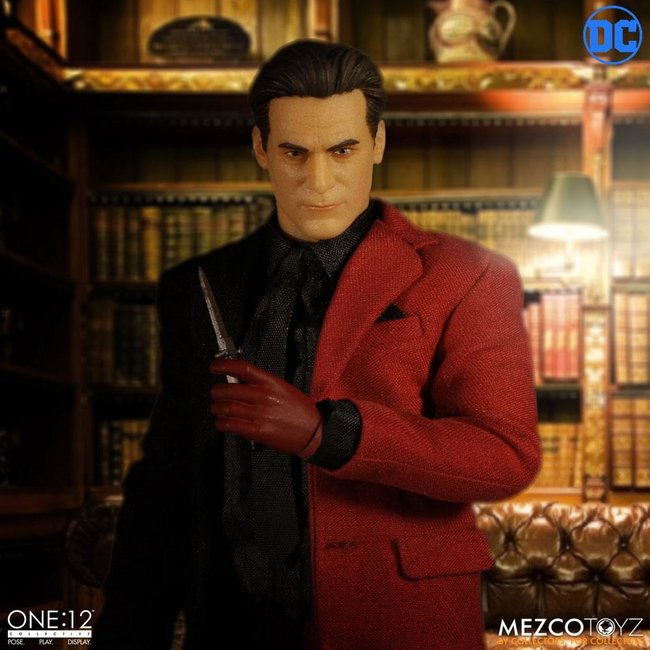 The One:12 Collective presents Two-Face, the alter ego and criminal mastermind persona of Gotham City's fallen District Attorney, Harvey Dent. Two-Face wears a tailored two-toned suit and comes with three head portraits, including two chemically disfigured portraits capturing his disturbing and enraged visage. His dual identity can be concealed with an included roll of gauze.

A master marksman, Two-Face is well-equipped to take on masked vigilantes, law enforcement officers, or rival criminals that get in his way. He wields an impressive arsenal consisting of an encased explosive device with light up feature, missile launcher, sub-machine gun, hand gun, and switchblade. Two-Face is never without his lucky coin which is affixed to multiple interchangeable hands.

After an incident with acidic chemicals left him hideously scarred and mentally unstable, Harvey Dent believed right and wrong no longer mattered and everything was ruled by chance. With a marred face and damaged psyche, Harvey Dent becomes "Two-Face", making decisions of good or evil based on the flip of his lucky double-headed coin. Having nothing to lose, Harvey "Two-Face" Dent is an extremely dangerous threat to all of Gotham City. 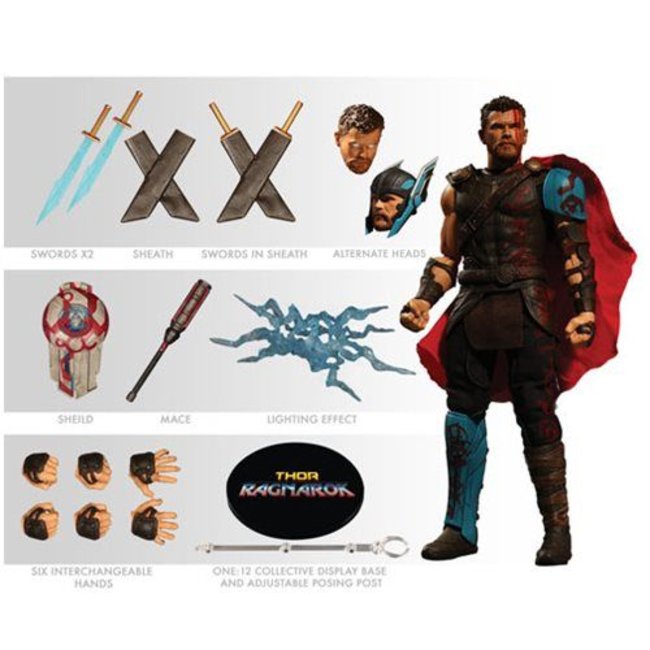 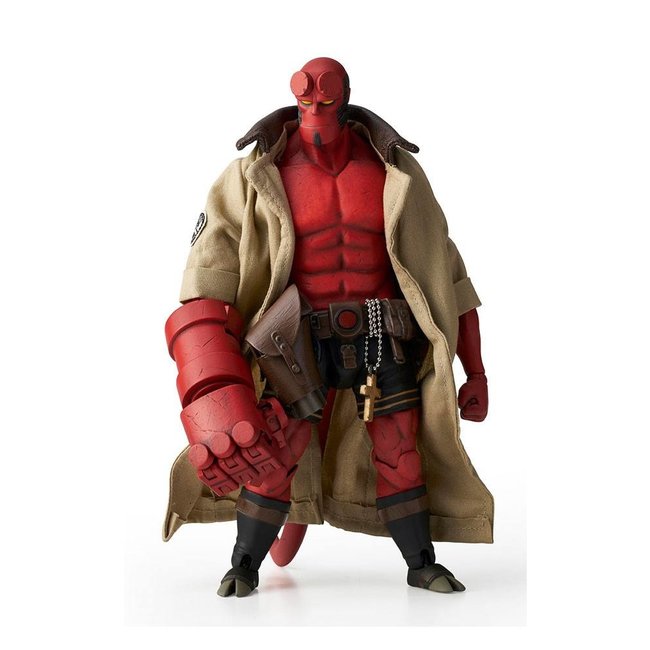 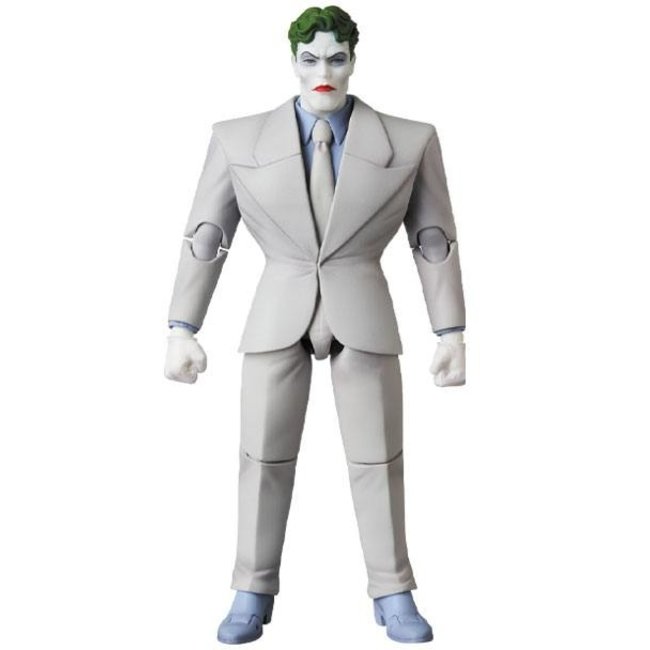 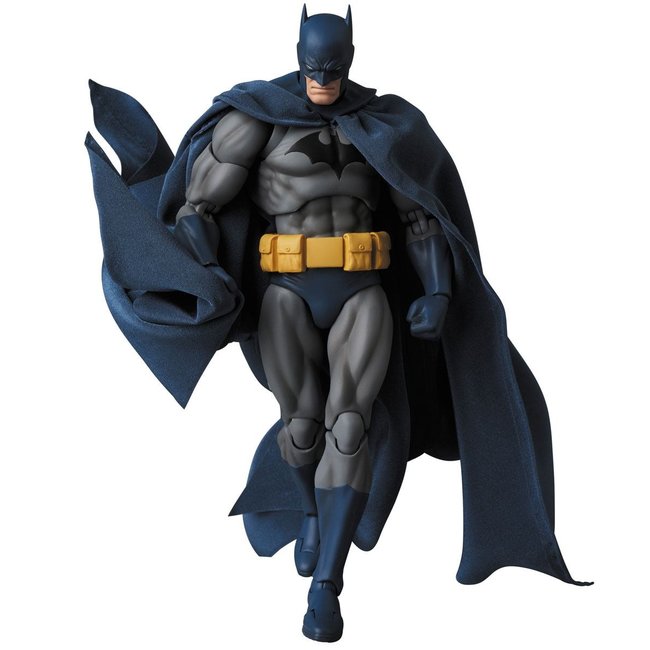 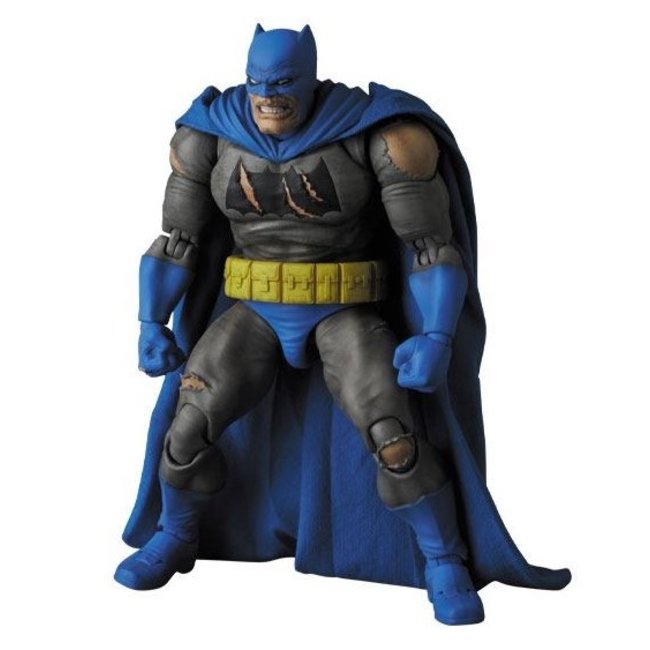 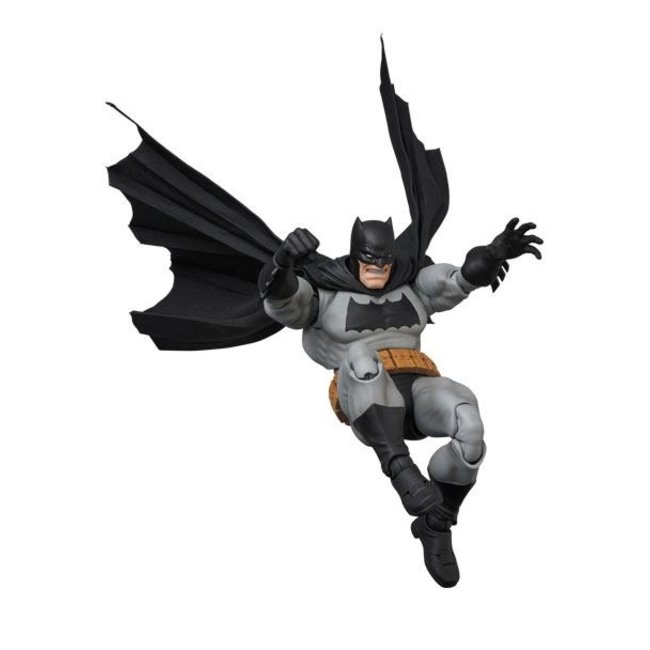 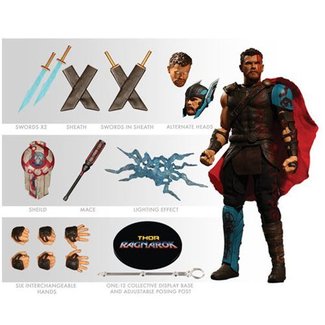 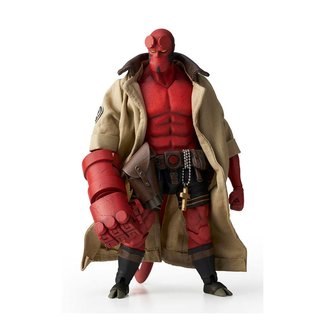 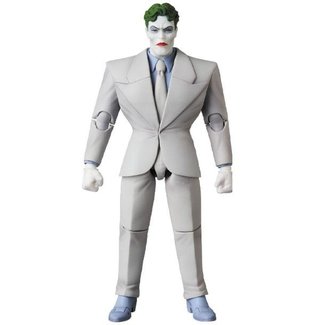 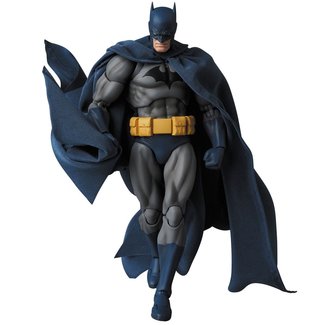