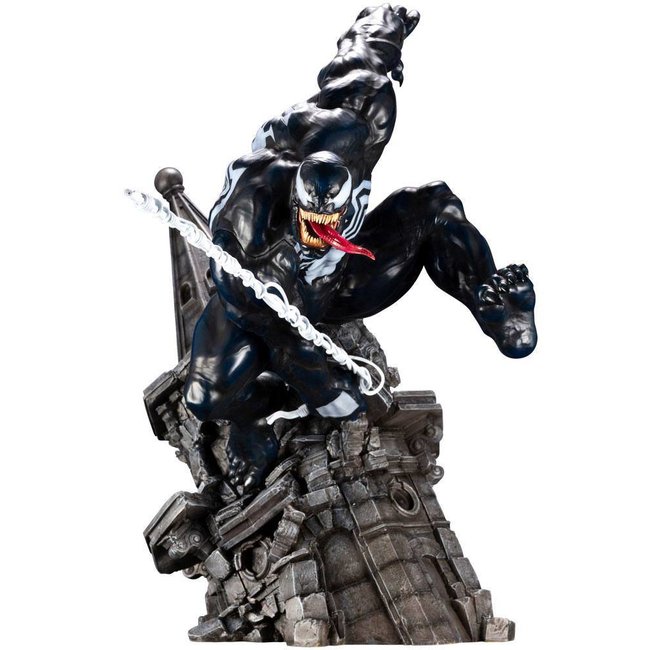 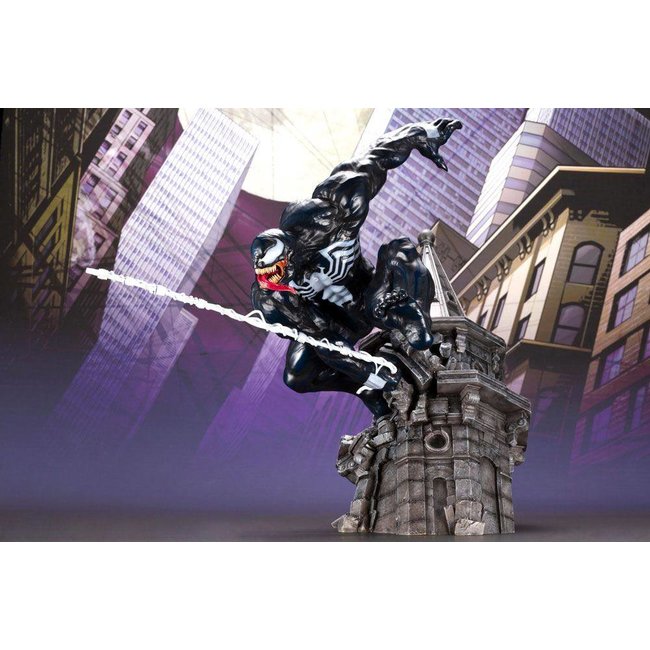 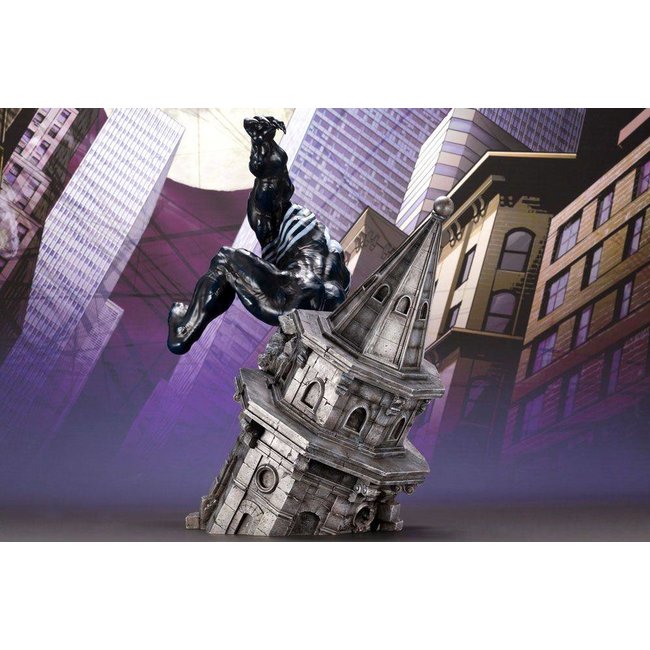 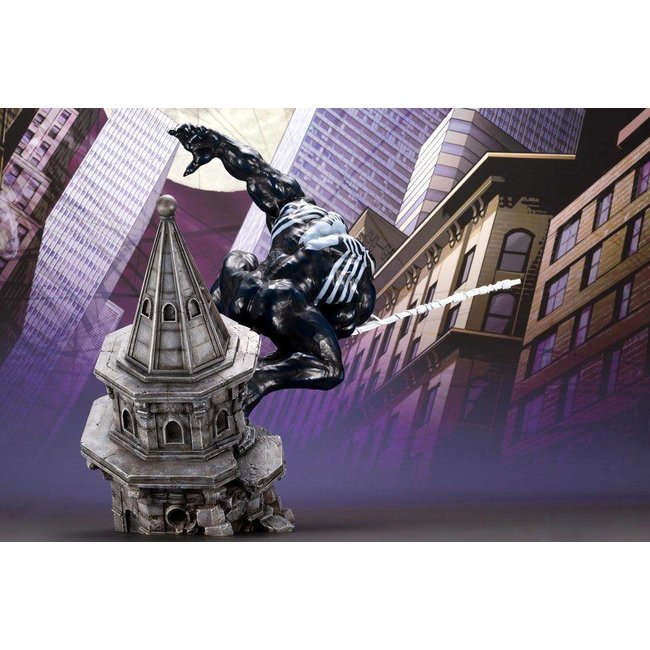 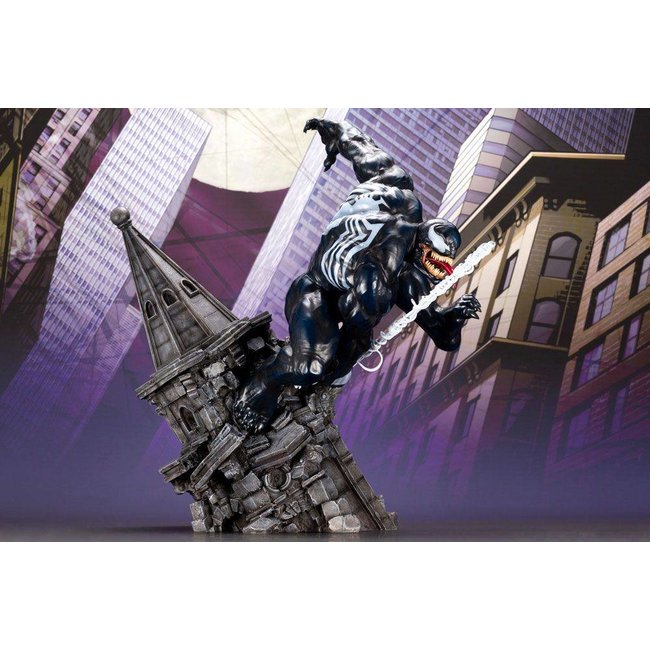 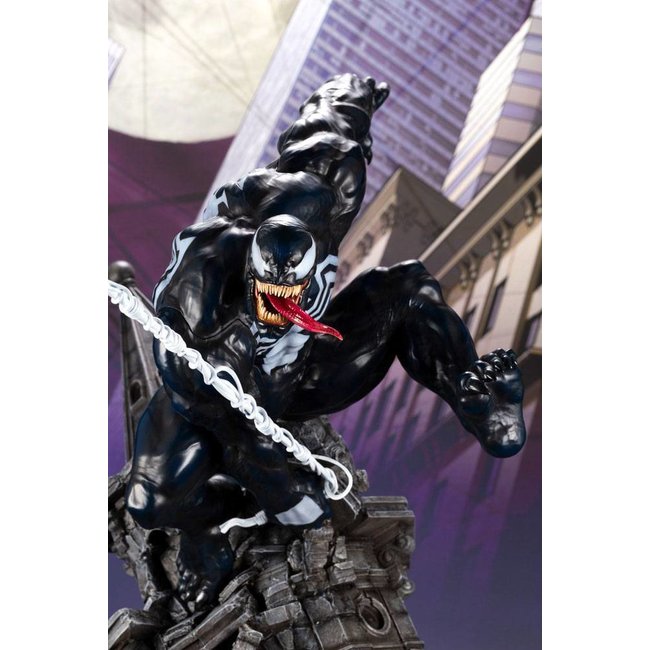 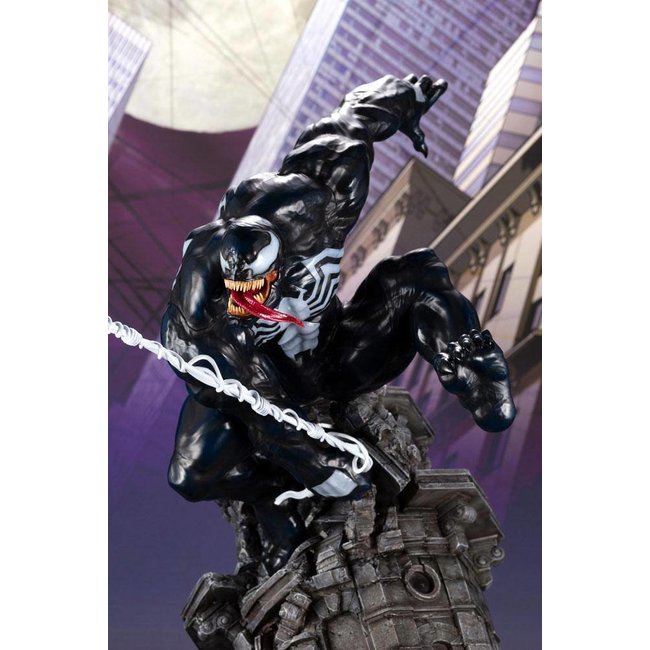 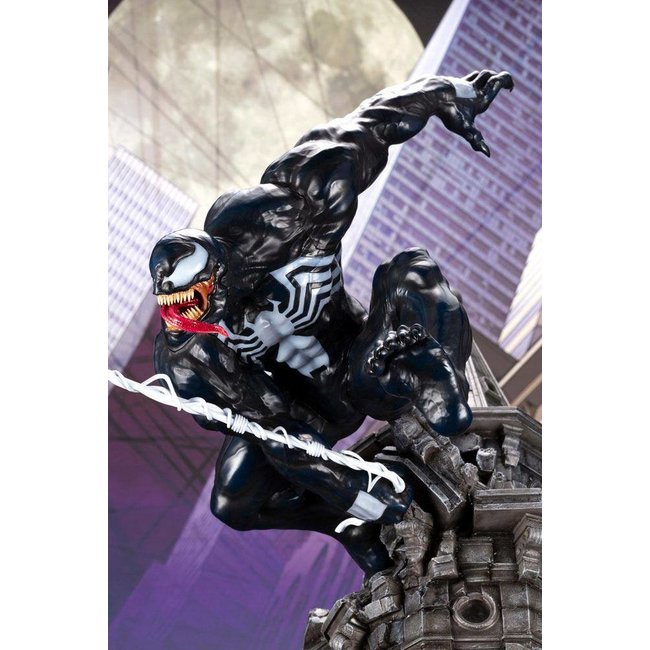 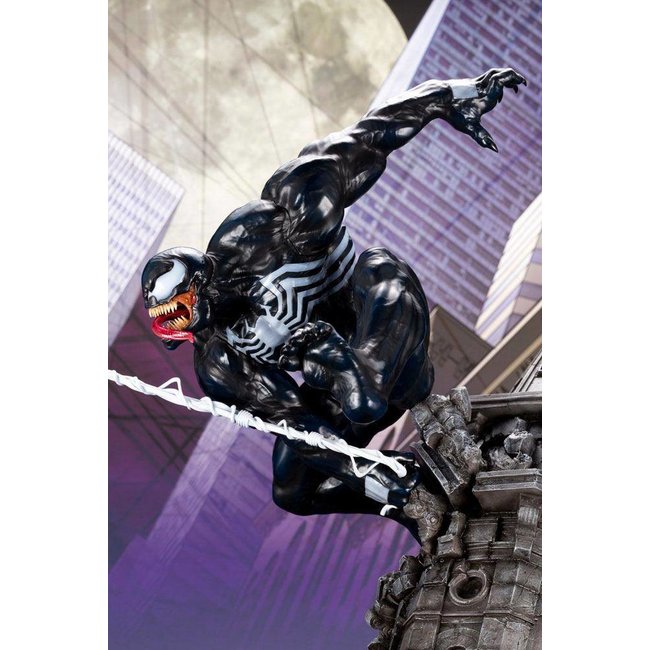 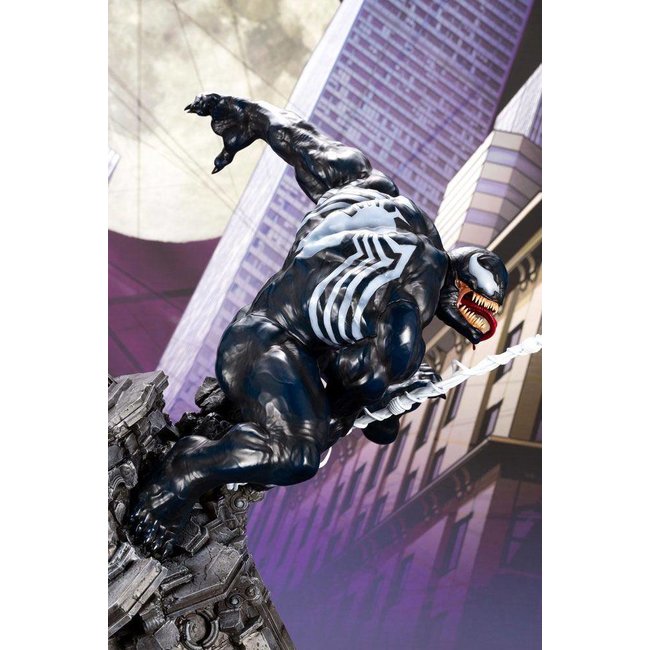 The ARTFX series has brought characters from across the Marvel Universe to life in vivid detail at 1/6 scale, and the latest character to join the lineup is the Symbiote and dark hero Venom!

Colossal even at 1/6 scale, this dynamic diorama statue sculpted by RESTORE captures the Symbiote's greed as it lunges forward while grasping a strand of web.

Like the previously released ARTFX Spider-Man Webslinger, this PVC statue is perched atop an intricate cold-cast resin base inspired by the buildings of New York City. This unique hybrid statue embraces the benefits of each material for a novel and highly detailed take on the popular character.

An imposing statue with a satisfying sense of volume, this artful rendition of Venom is ready to leap from the pages of a comic book straight to your collection today! 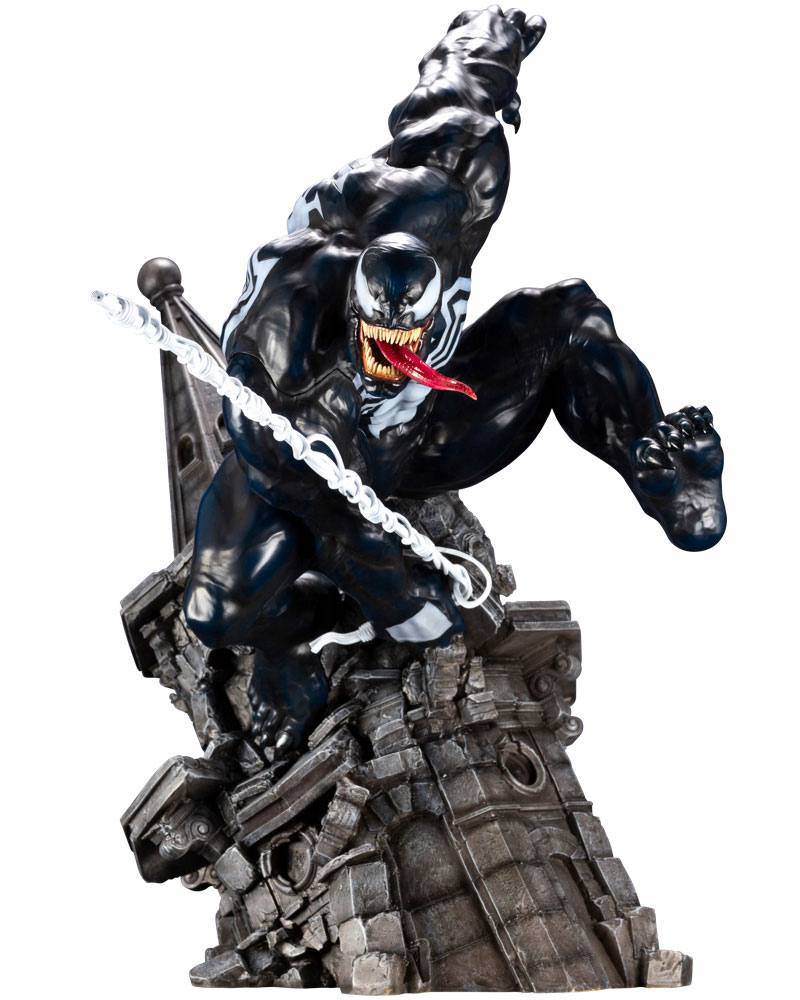 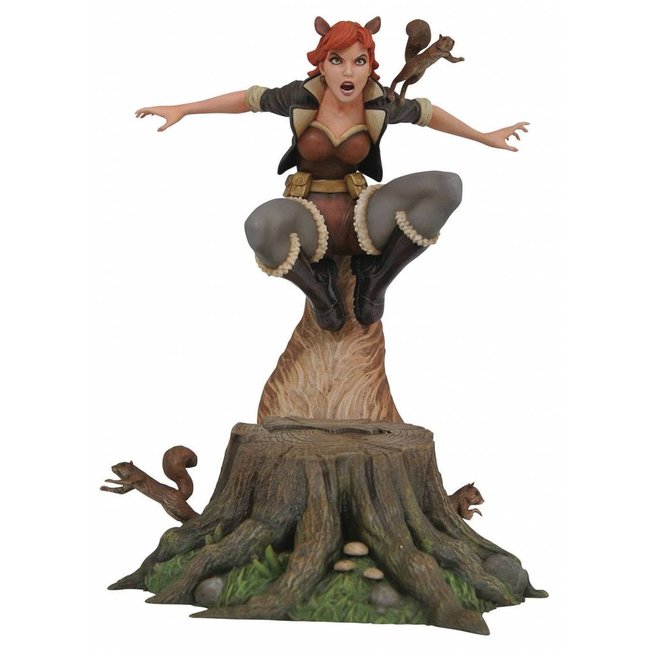