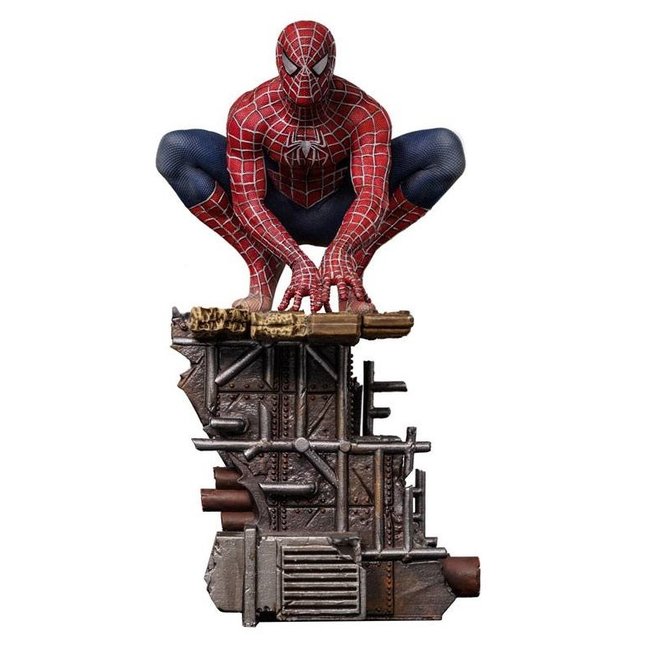 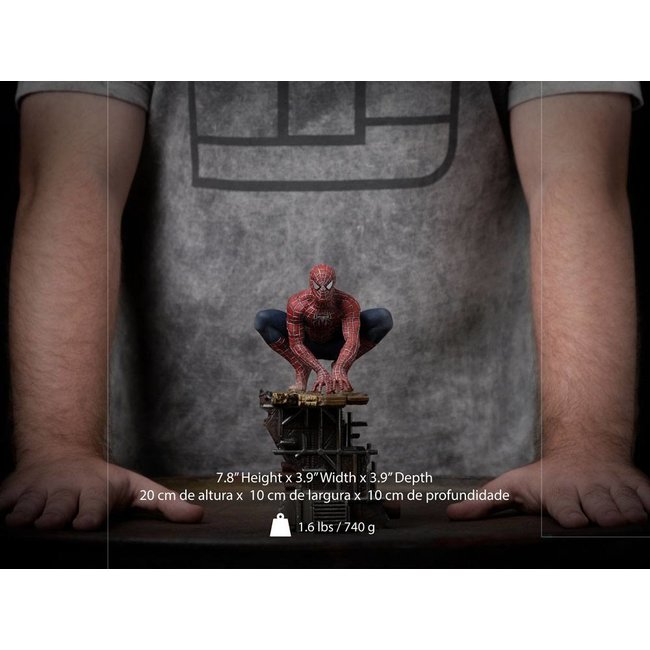 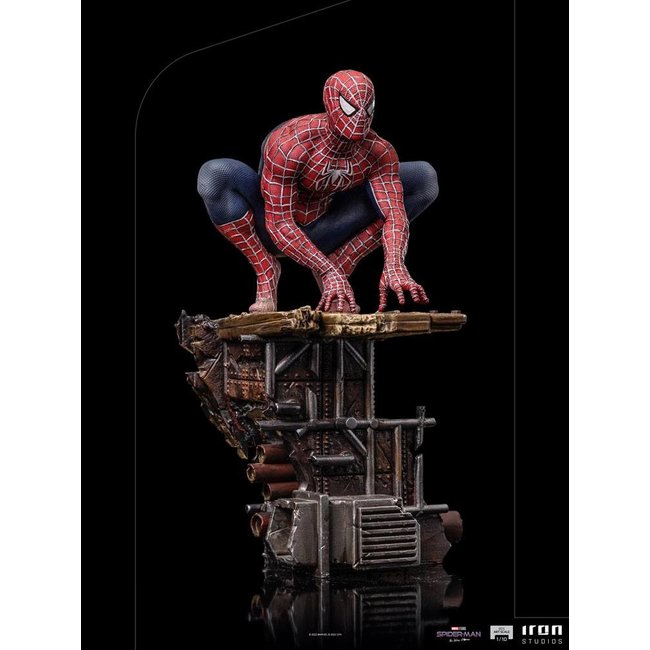 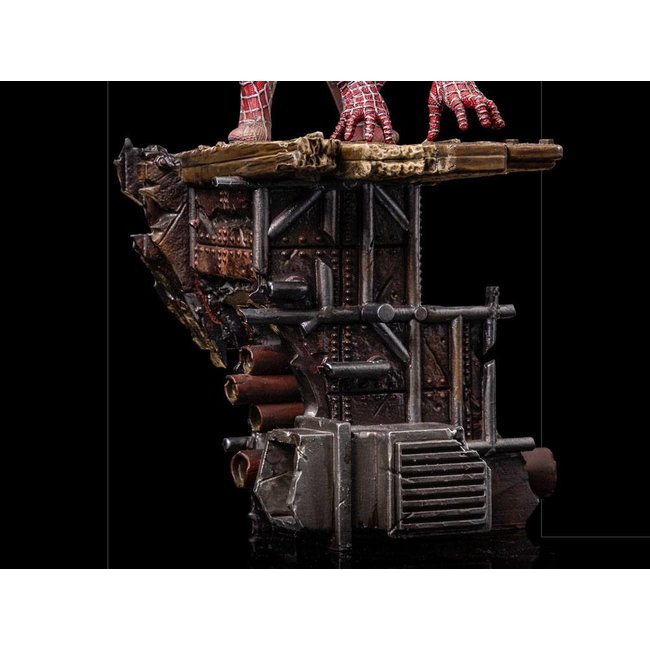 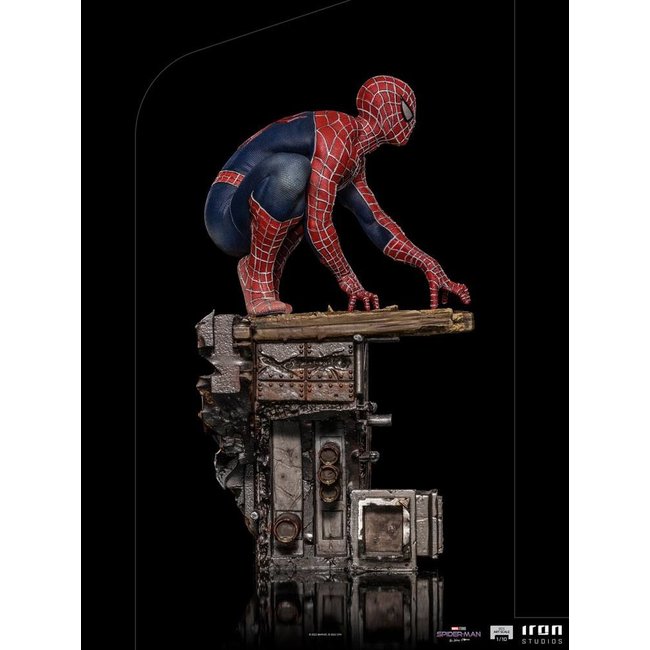 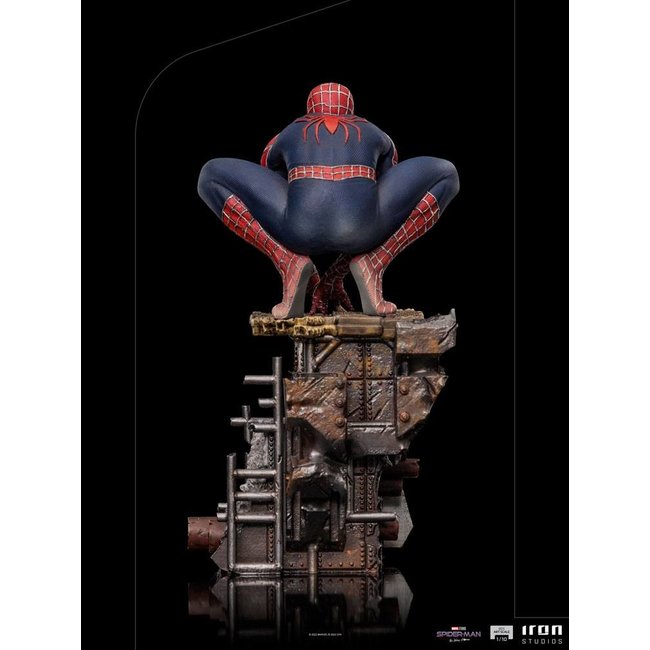 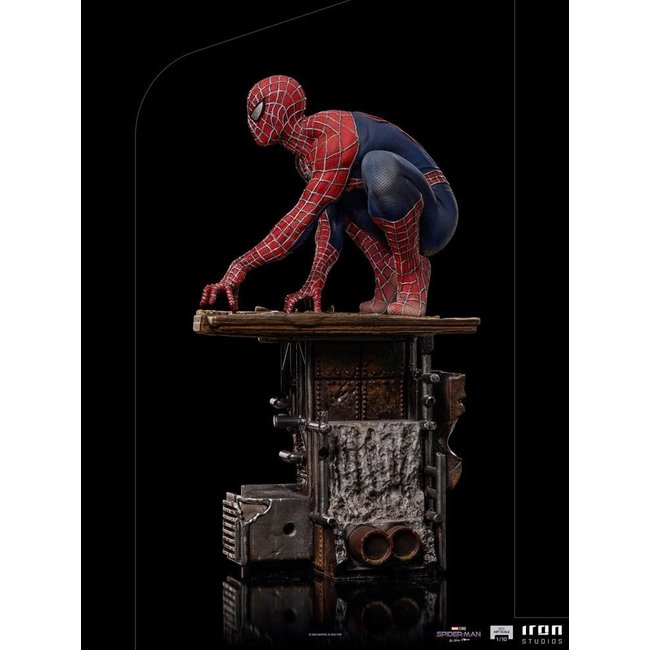 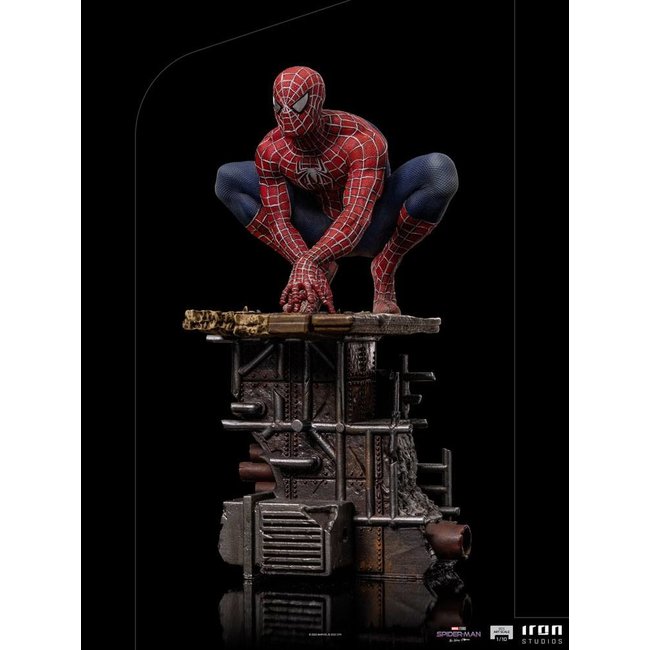 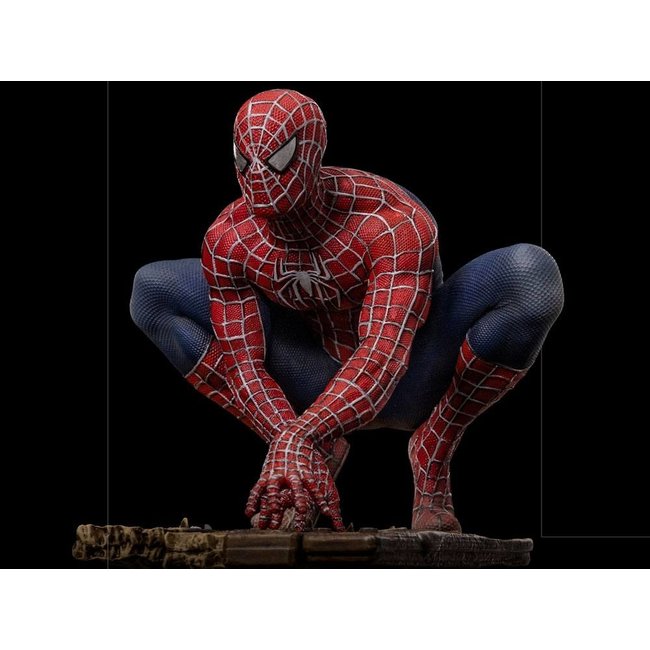 Called "Peter-Two" by his allies, the most experienced arachnid hero comes from an alternate universe and joins the other versions of himself in another world, to aid his younger counterparts to face three of his most feared enemies and others yet unknown to him, and rescue and return each of them to their universe. Being the only one among them with organic webs instead of synthetic web-shooters like his alternate colleagues, with a strong sense of responsibility, he still feels guilty for indirectly causing his uncle's death. On a pedestal formed of wood and metallic structures from a scaffold on the Liberty Island in New York, the friendly neighborhood hero poses in his classic arachnid pose, wearing his original red and blue uniform with silver membranes. Reproduced with maximum attention down to the tiniest details of his suit and anatomy, Iron Studios bring the statue "Spider-Man Peter-Two BDS - Spider-Man: No Way Home -Art Scale 1/10", inspired by the movie in which the actor reruns his role from the Spider-Man trilogy by Sam Raimi.

In a posthumous message, the villain Mysterio revealed to the world the identity of Peter Parker as Spider-Man and framed him for his murder. Suffering the consequences of this exposure, even though he was cleared of the charges by his attorney Matt Murdock, the young Parker seeks help from the sorcerer Dr. Strange that casts a spell to erase everyone's memory of his double identity. When Parker starts to ask for changes to the spell, to allow those he loves to keep their memories, something goes wrong, and this corrupted spell brings villains from alternate realities that knew about Spider-Man's identity, opening portals from a multiverse. Therefore, the young hero has to face the threats of the Green Goblin
(Norman Osborn), Doctor Octopus (Otto Octavius), and Sandman (Flint Marko), introduced in the trilogy of movies of the hero directed by Sam Raimi from 2002 to 2007, together with the reptilian Lizard (Dr. Curt Connors) and Electro (Max Dillon) that originated in the movies from 2012 and 2014, directed by Marc Webb, withdrawn from their universes right before their deaths. To help Peter, his best friend Ned Leeds discovers that he can open portals using the mystic Sling Rings from Dr. Strange, and while trying to locate him, Ned brings alternate versions of Parker from the villains' universes, nicknamed Peter-Two (Played by Tobey Maguire) and Peter-Three (played by Andrew Garfield), they join Peter-One (played by Tom Holland) to heal the villains' insanities and send them back to their respective universes.

A huge event in the movie theaters, the movie gathers for the first time different versions of the character originated from distinct adaptations, bringing back the actors Willem Dafoe (Norman Osborn), Alfred Molina (Otto Octavius), Thomas Haden Church (Flint Marko), Rhys Ifans (Dr. Curt Connorts), and Jamie Foxx (Max Dillon) rerunning their roles from previous productions, just like Tobey Maguire and Andrew Garfield again as the friendly neighborhood arachnid hero. Revealed on the Inside Iron Studios Day show on YouTube, the statues can both compose a diorama set, individually available, and represent the three iconic versions of the arachnid hero from the movies. 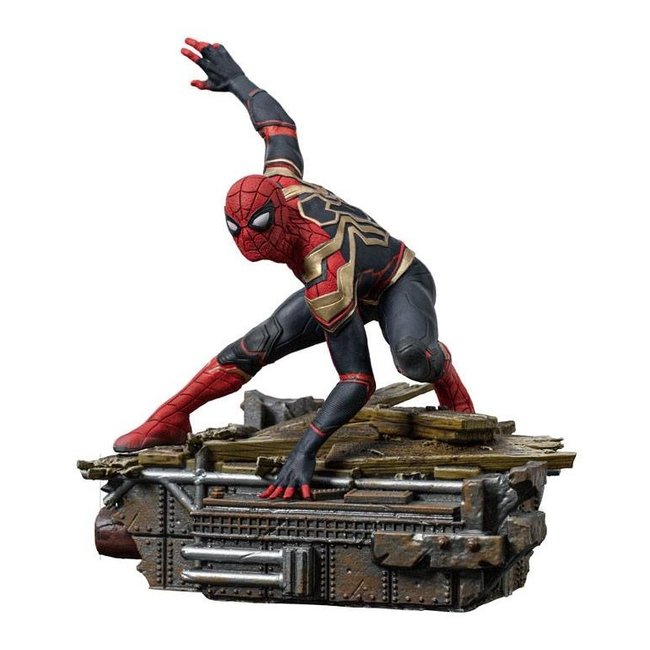 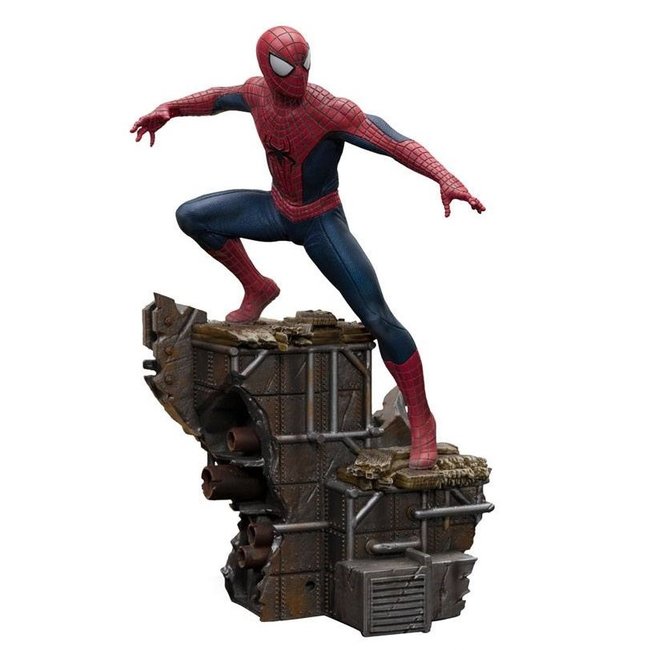