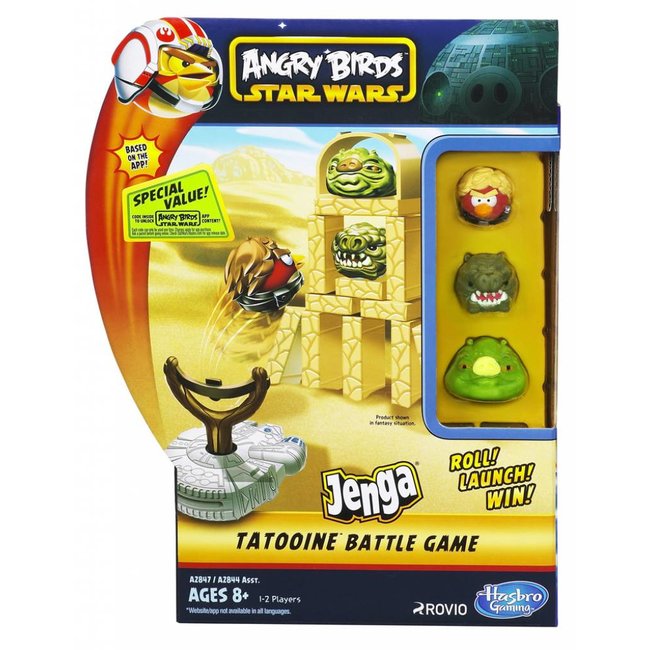 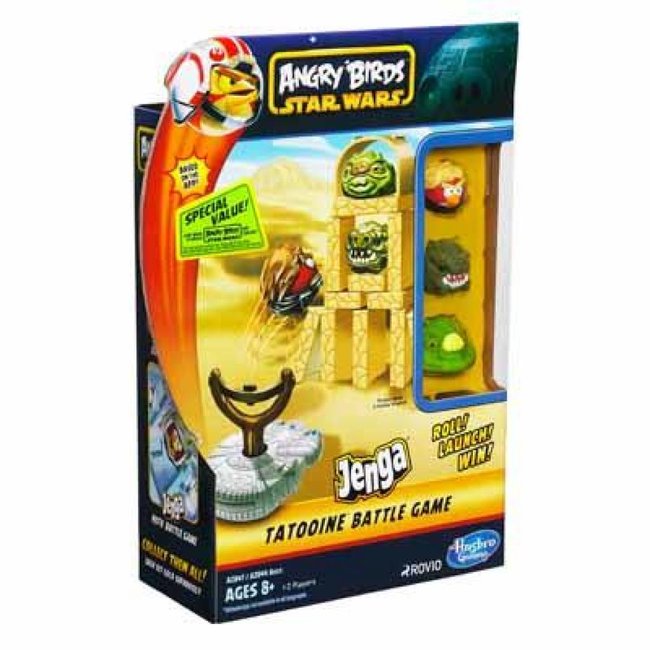 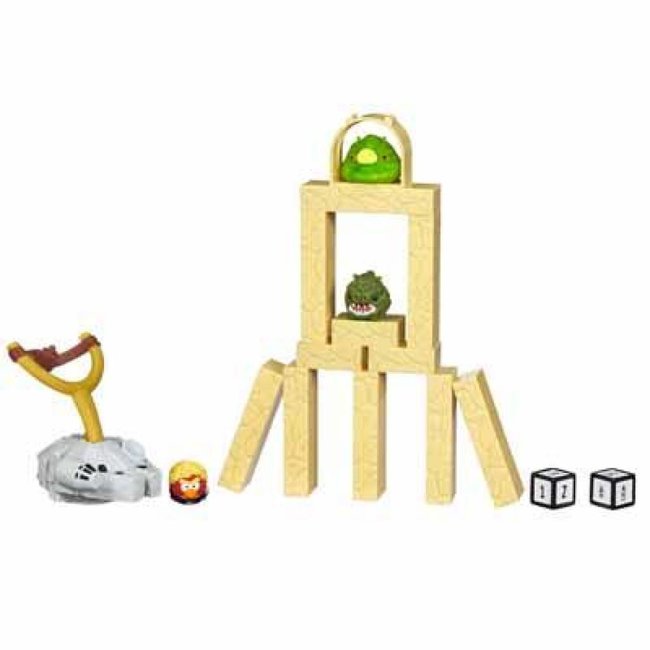 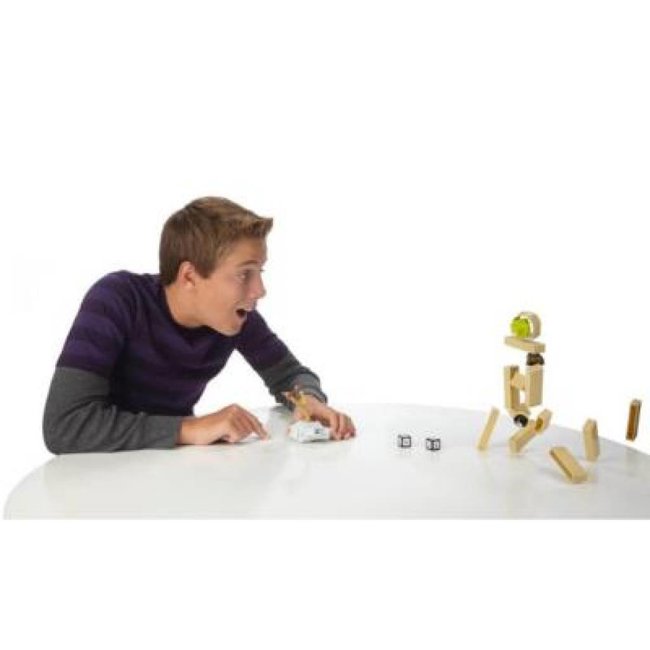 Angry Birds Star Wars - Tatooine Battle Game
It's time for a hilarious ANGRY BIRDS squawk attack against the porkers of TATOOINE! Gear up to bombard villainous hogs in the sandblasted terrain of TATOOINE with this awesome JENGA TATOOINE Battle Game! Take turns being the builder and the launcher. One of you will set up the structure while the other uses the MILLENNIUM FALCON launcher to hurl the LUKE SKYWALKER bird at the JABBA THE HUTT and RANCOR pigs on the blocks. Or play by yourself and see if you can knock all the pigs off with the fewest number of shots. You can combine this game with the JENGA DEATH STAR Battle Game (sold separately) for even more epic battles! Ready, aim, fire with this bird-launchin', pig-knockin' JENGA TATOOINE Battle Game!

CAUTION: Do NOT aim at eyes or face.
TO AVOID INJURY: Use only figures designed for this product. Do not modify figures or figure launcher. 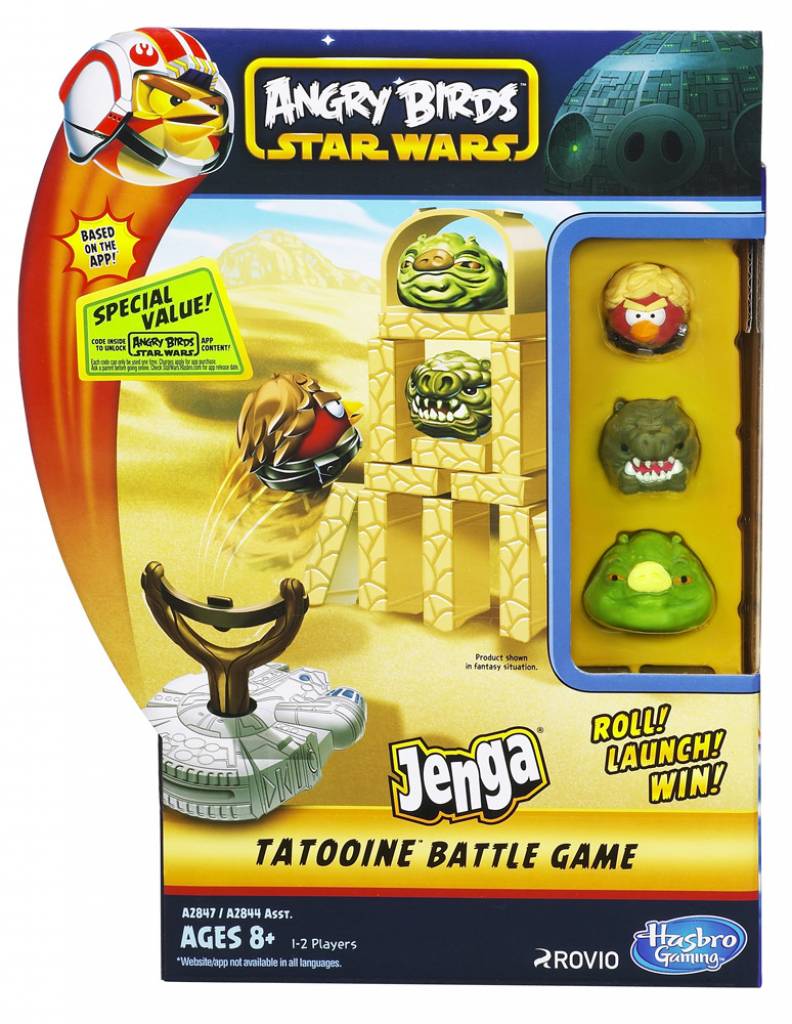