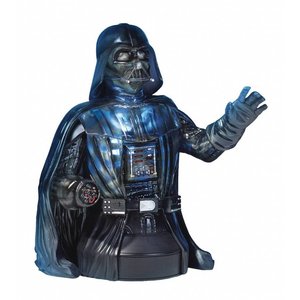 One of the most pivotal moments in the Star Wars Saga is captured in Gentle Giant Ltd.'s Darth Vader "Emperor's Wrath" mini bust. As this point in the story we know Darth Vader is more machine than man, as he coldly brings his son before his master to be turned to the Dark Side of the Force... or die. After Luke denies the Emperor his prize, the Sith lord formerly known as Darth Sideous turns his force lighting on our hero.

Unable to stand by and watch his only son perish, Lord Vader exhibits a father's love for the first time in his life to stop his child's suffering. Vader picks up the Emperor and is engulfed in his Force lighting. Just before casting his master into the void, Vader is pierced by the lighting and it illuminates his skeleton and shows us that he is still a man.

This amazingly detailed mini bust has been digitally sculpted using top of the line 3D software and prototyped using 3D Systems industrial 3D printers. The final product is hand cast in translucent resin with a light-up feature to simulate the dramatic turning point in the life of Anakin Skywalker, and painstakingly hand painted so that no detail is missed. Comes with numbered certificate of authenticity. 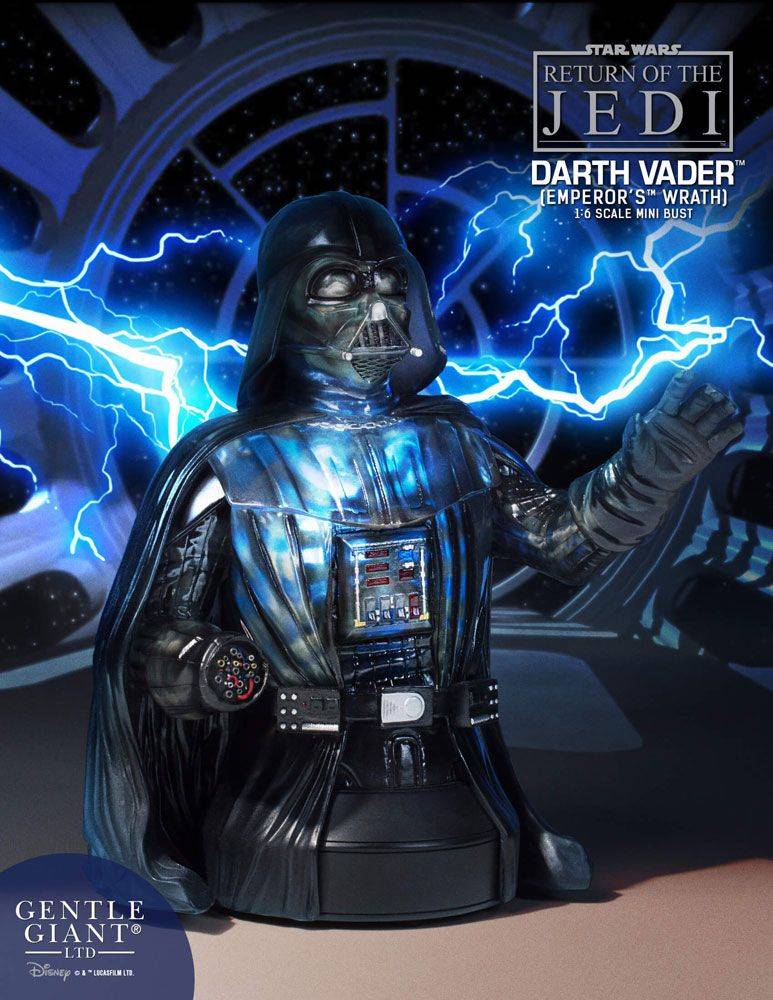