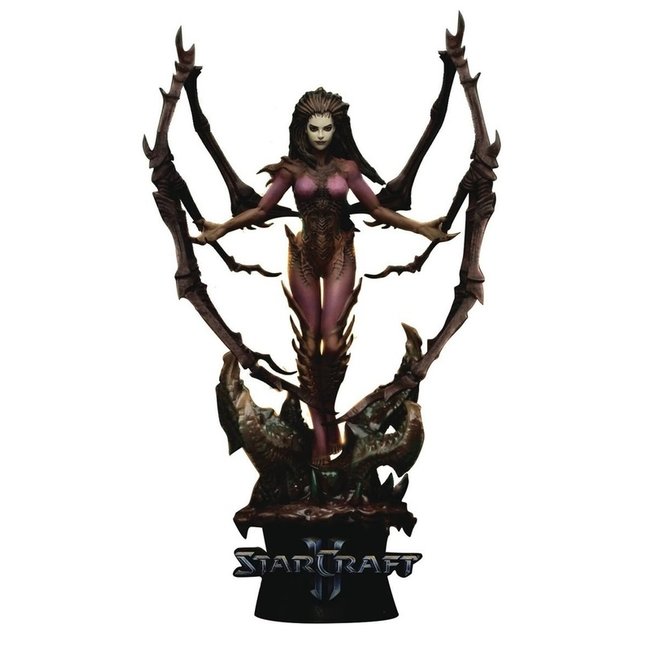 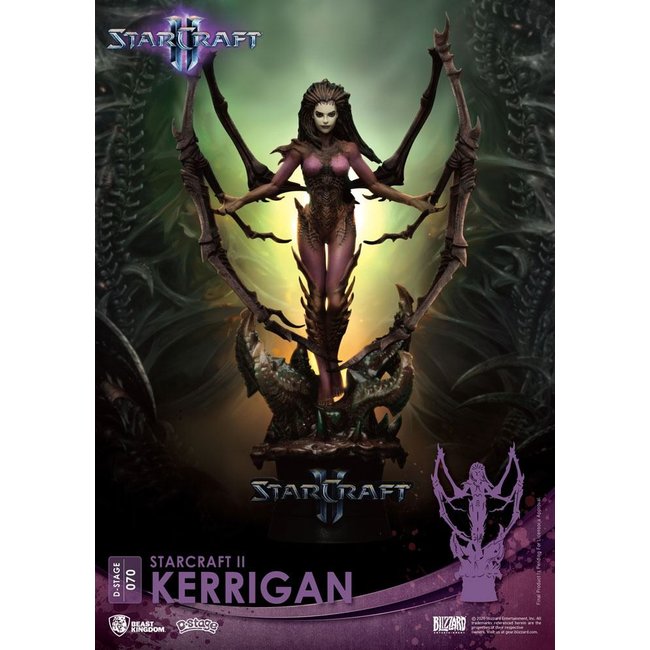 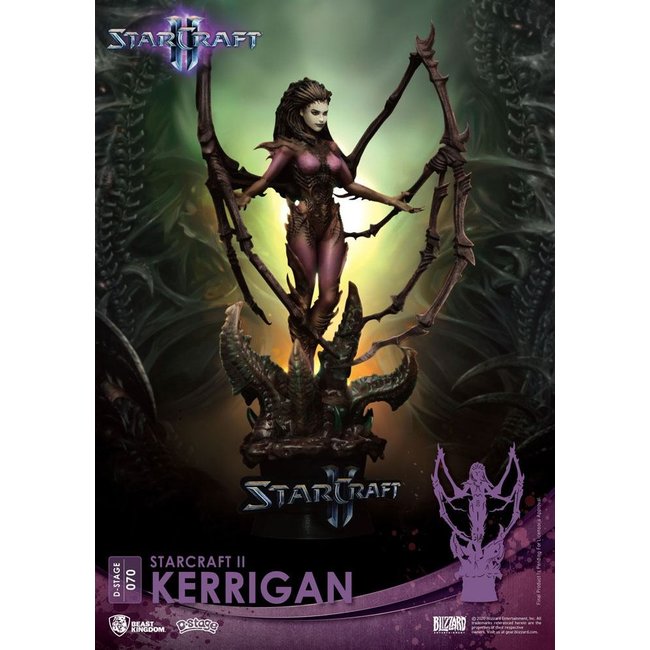 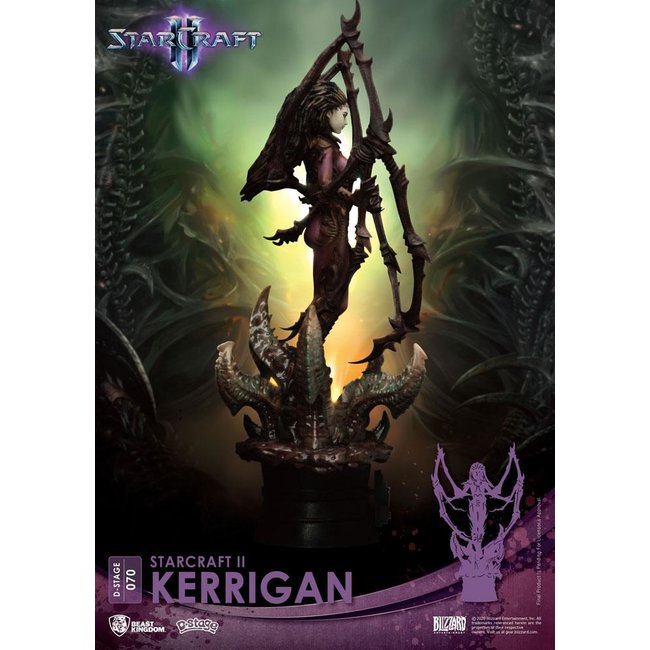 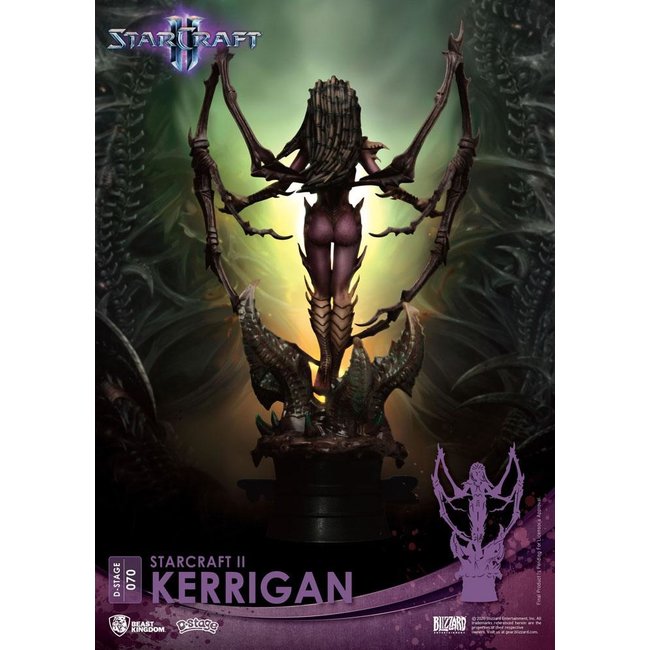 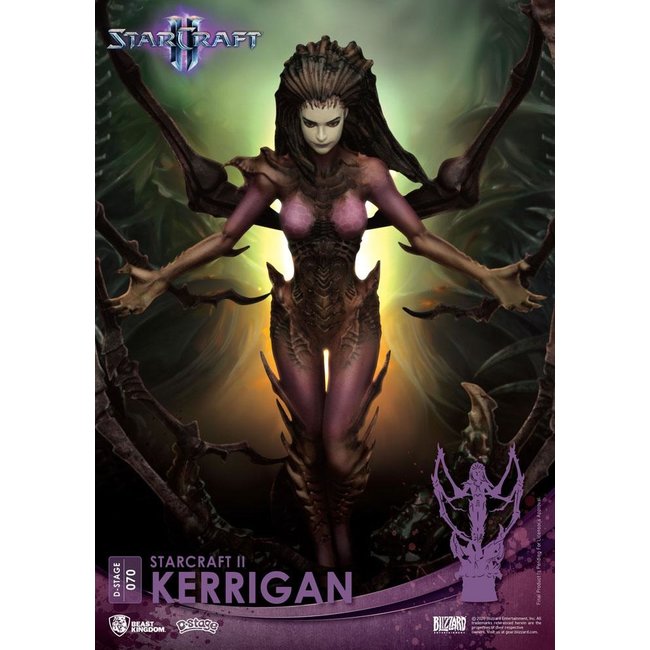 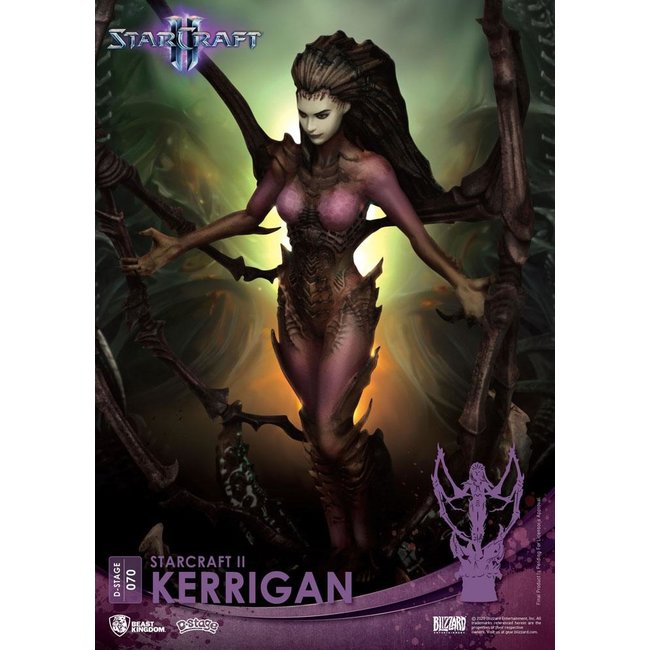 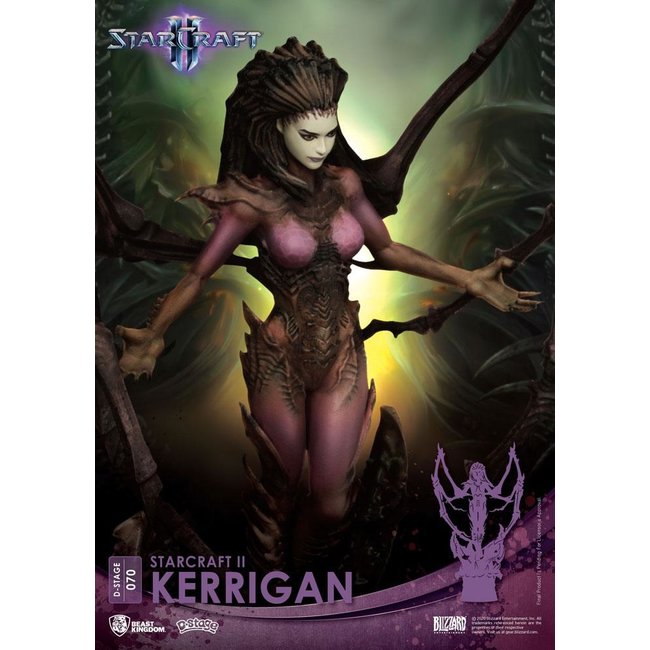 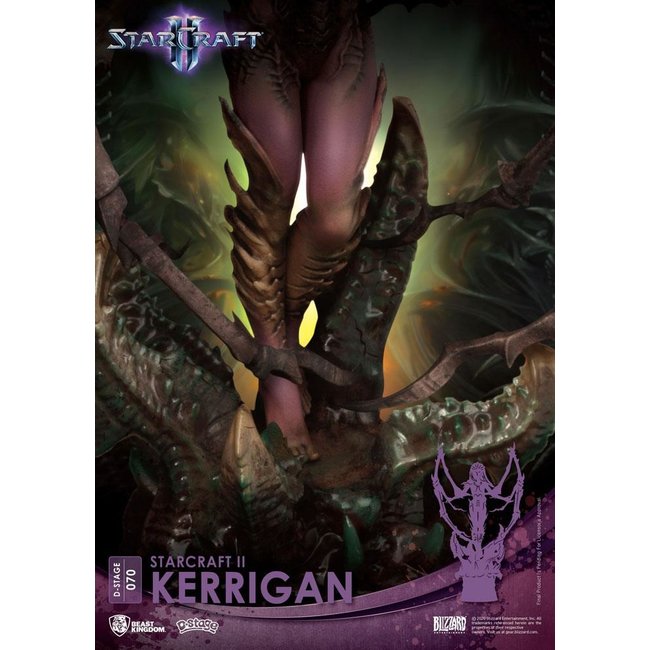 'StarCraft II', the seminal real-time strategy game launched and produced by Blizzard Entertainment is a tale of power grabbing and the struggles between three unique and powerful races: The Humanoid 'Terran', hailing from Earth, The technologically advanced species: 'Protoss' and the super-species of assimilated lifeforms: 'Zerg'! With prophecies, warfare and galactic domination galore, 'StarCraft II' has become arguably one of the most popular Real-Time Strategy games of all time!

Celebrating its tenth anniversary, Beast Kingdom has teamed up with Blizzard to launch the D-Stage, 'Staging Your Dreams' selection of classic 'Starcraft II' characters: 'Jim Raynor' and Sarah Louise 'Kerrigan'. Figures of a pair of seasoned warriors fit for any fans' desk!

The cruel and ferocious 'Kerrigan', the self-styled 'Queen of Blades', set off originally as a psychic Terran, but upon her capture by the Zerg, she was infested and became known as the 'Zerg Queen' and leader of the swarm. Intent on universe level domination, 'Kerrigan' and the Zerg at large rely on biological weaponry for their conquests.

The D-Sage 'Kerrigan' showcases all the 'organic' stylings the character is famous for. Standing atop a hatched Zerg cocoon, 'Kerrigan' retains only the human face and body, whilst the hair, tentacles and coloring recreates an accurate depiction of the hybrid creature 'Kerrigan' has become.

The design of two of the most popular characters from the 'Starcraft II' saga is accurately recreated using the finest tooling techniques. Showcasing the different characteristics of not only the characters themselves, but also the races they belong to, each figure stands at 18cm in height, a perfect depiction for fans of the gaming series.

So make sure to celebrate the 10th anniversary and stock up on these two battle-hardened characters, and join them on the galactic fight of a lifetime! 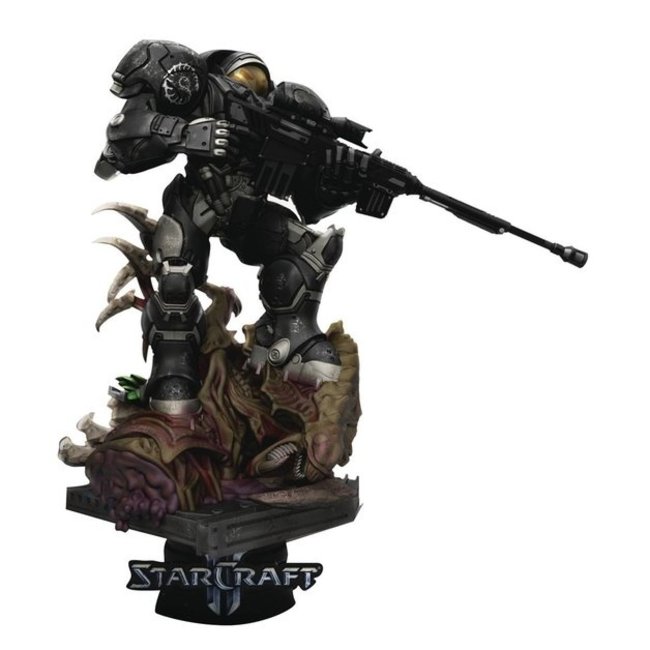 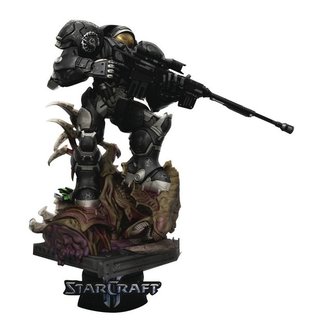