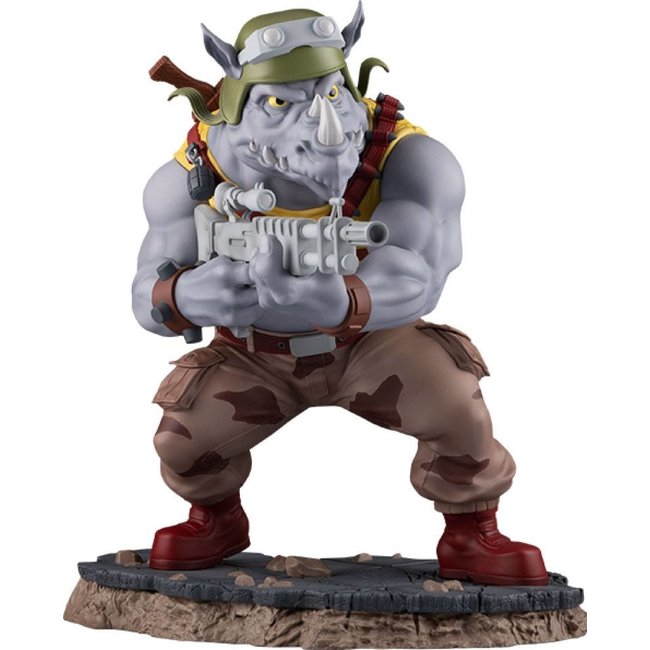 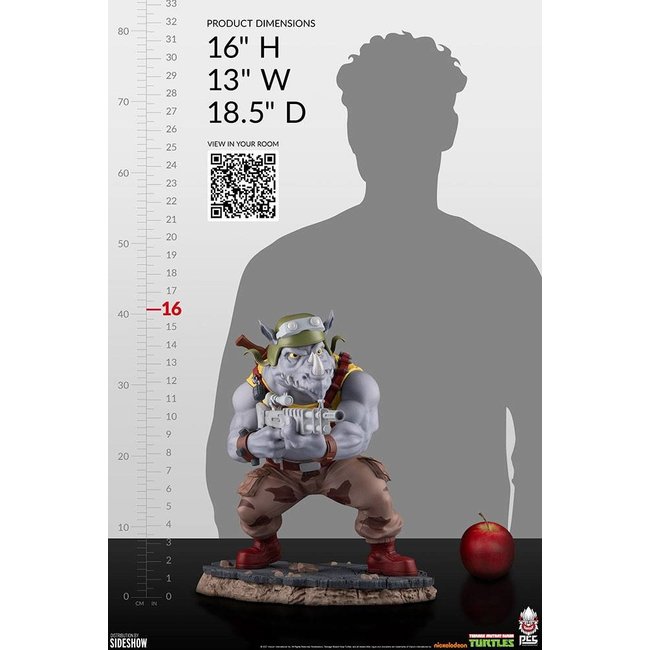 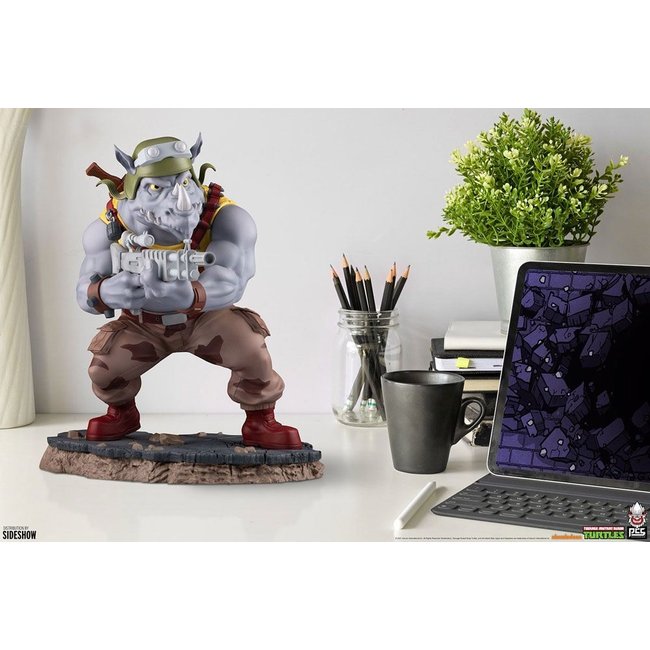 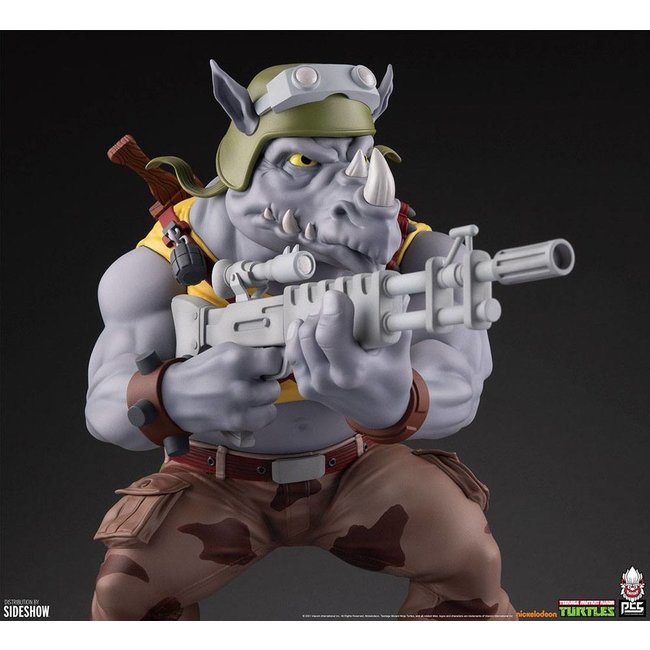 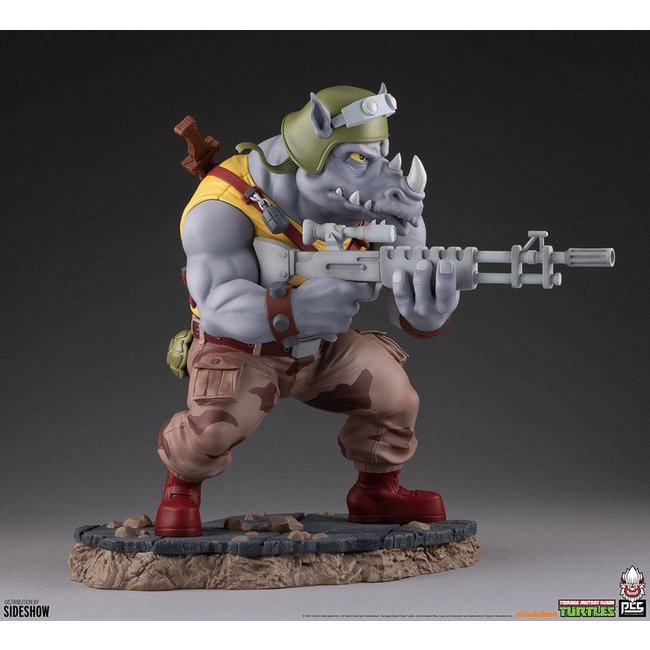 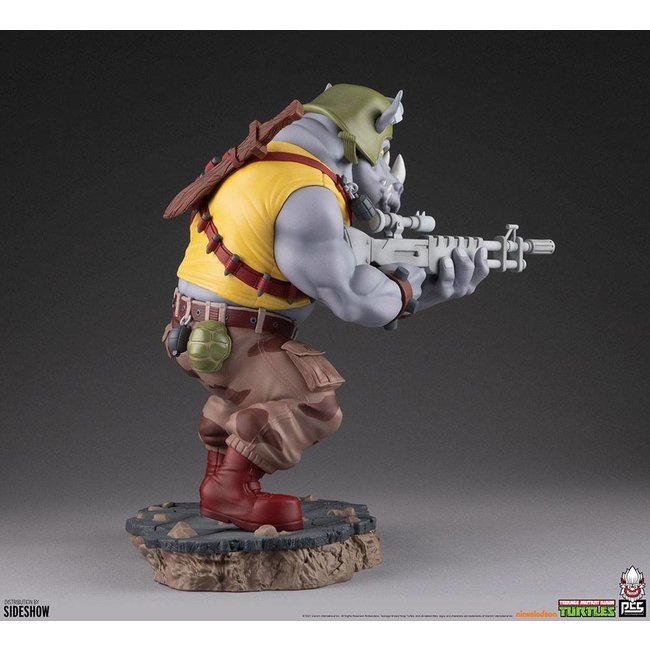 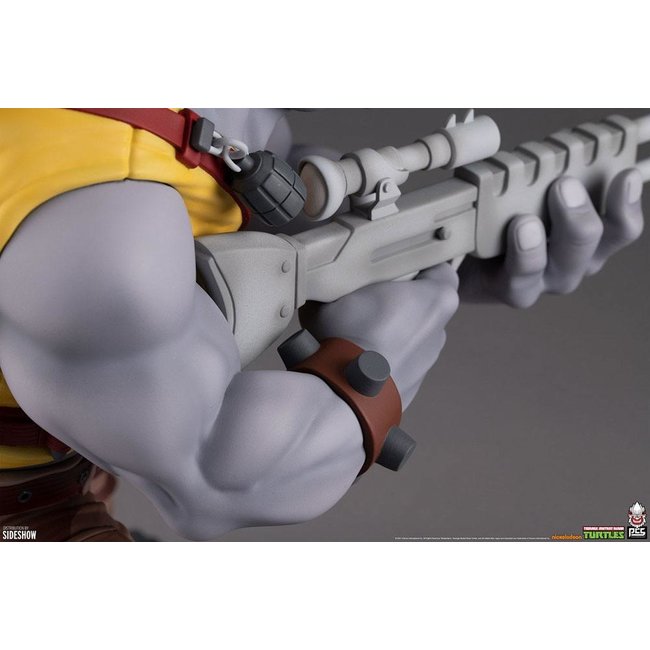 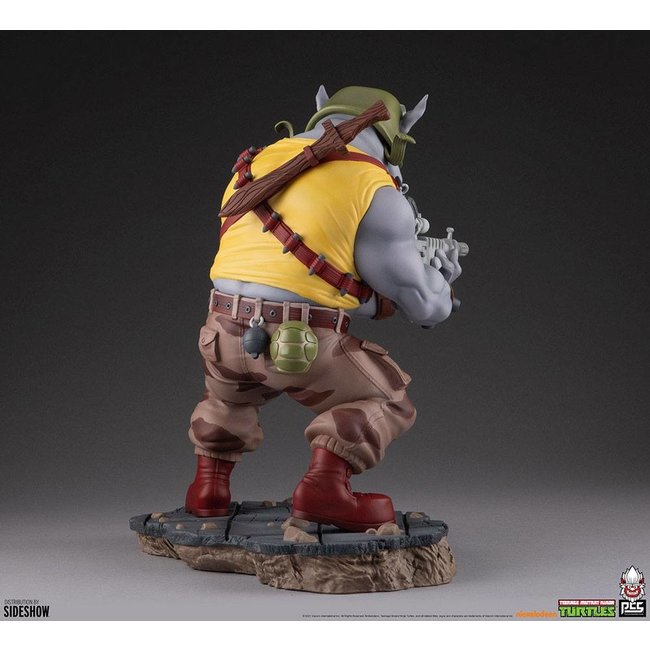 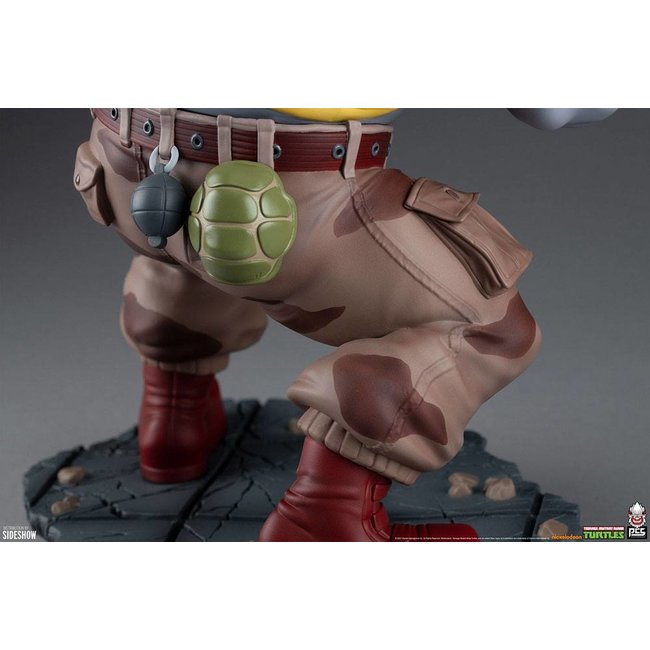 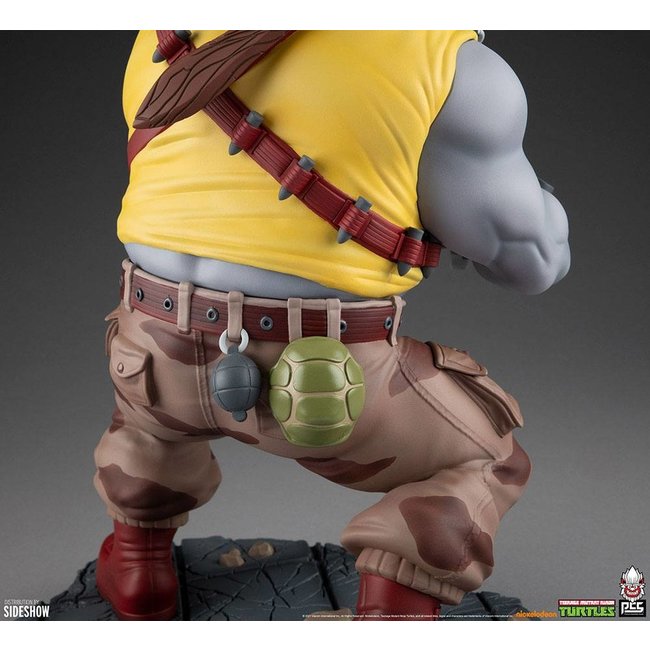 "You just give us another shot, pal, and you'll see some squished turtles."

The Rocksteady Statue measures 16" tall and 13" wide, packing some serious firepower as he charges into the fight against the Teenage Mutant Ninja Turtles. Under the leadership of the sinister Shredder, this mutated street gang member is armed to the horns with weapons like a scoped blaster, a sword, a bandolier of ammunition, and several grenades. The Rocksteady Statue features a fully sculpted costume consisting of camouflage fatigues, a yellow muscle shirt, a green helmet, and red boots inspired by his first appearance in the classic animated series. Standing on a base of cracked flooring and rubble, this raging rhino is ready to shake up the streets with his signature strength and recklessness.

Pair Rocksteady with the Shredder 1:4 Scale Statue to assemble the Foot Clan against brothers Leonardo, Raphael, Donatello, and Michelangelo, each sold separately as a part of the PCS Teenage Mutant Ninja Turtles collection.

Take aim at the heroes in a half-shell and bring home the Rocksteady 1:4 Scale Statue by PCS today! 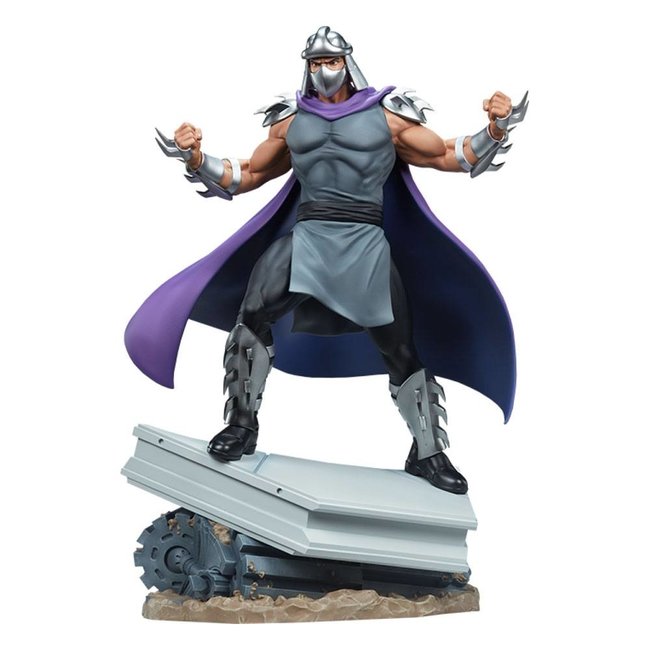 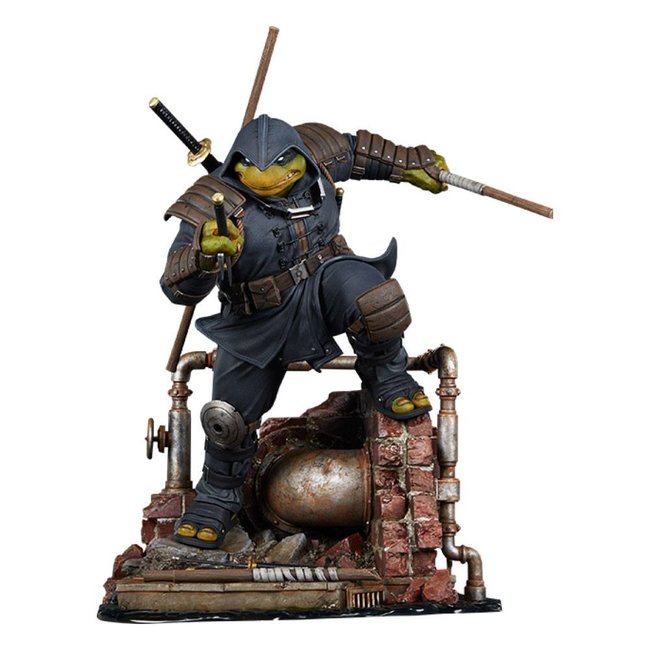 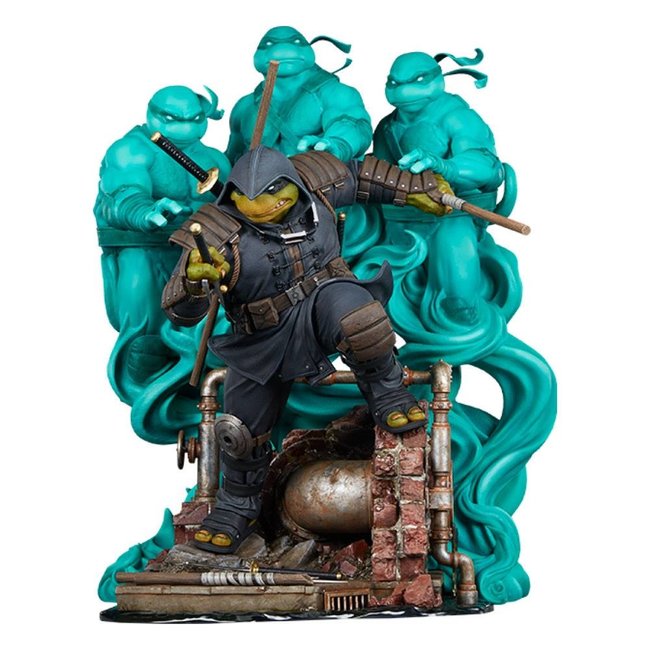