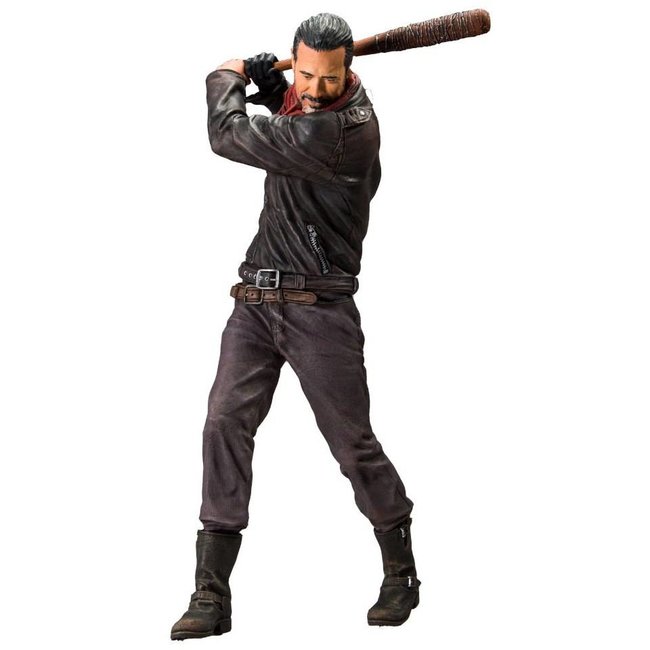 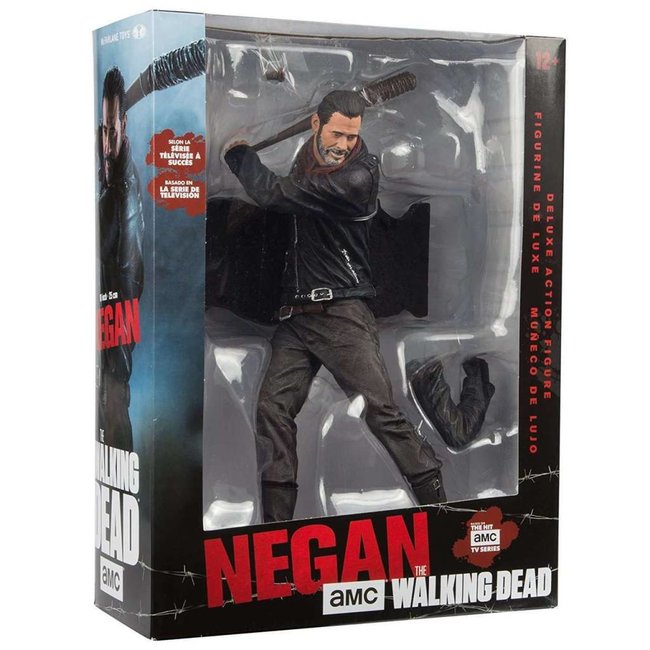 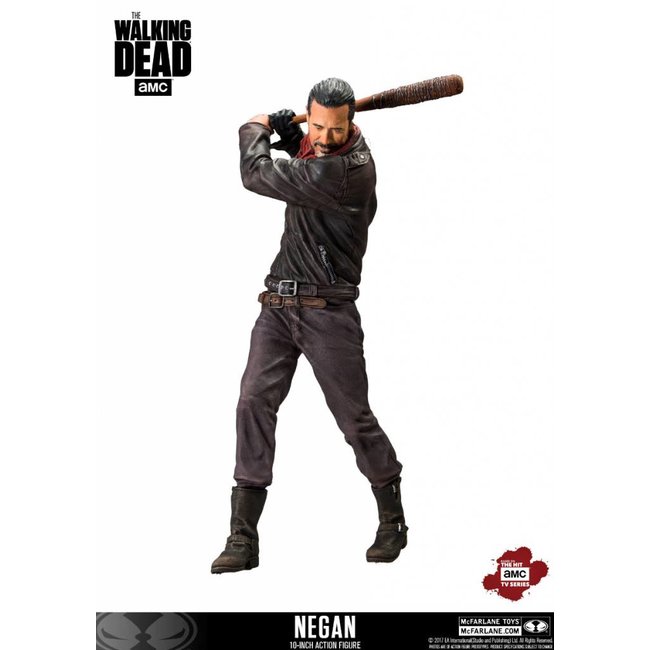 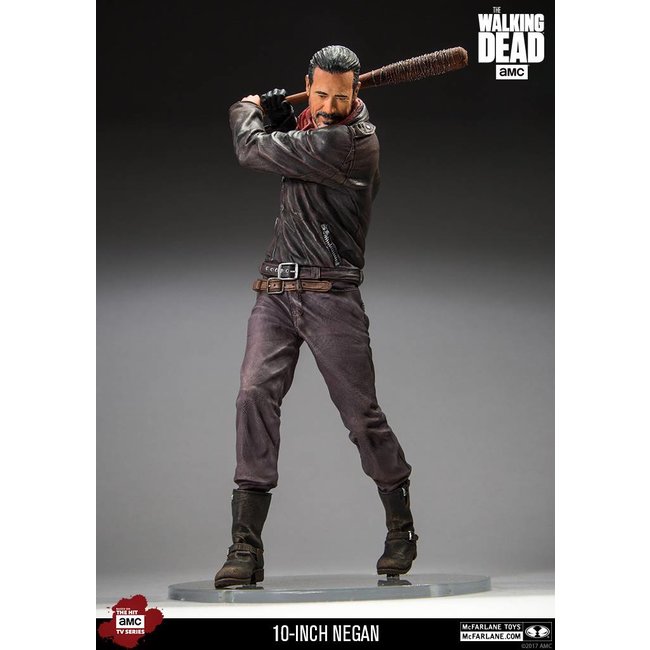 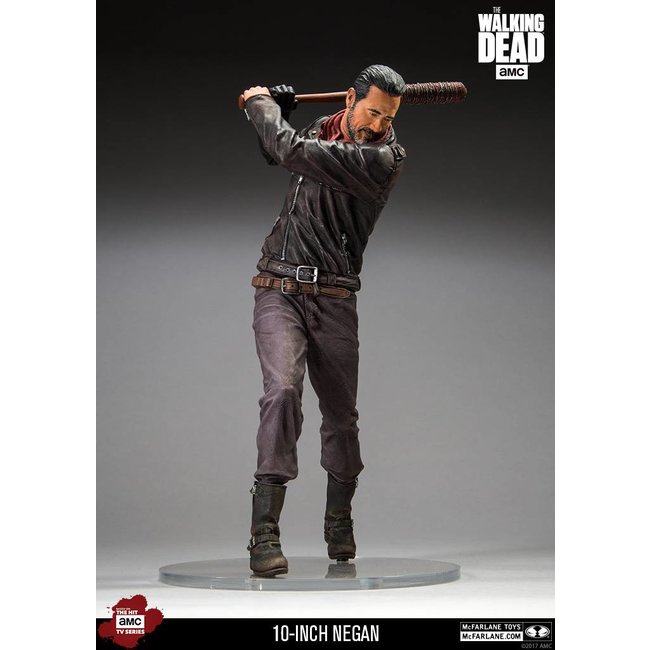 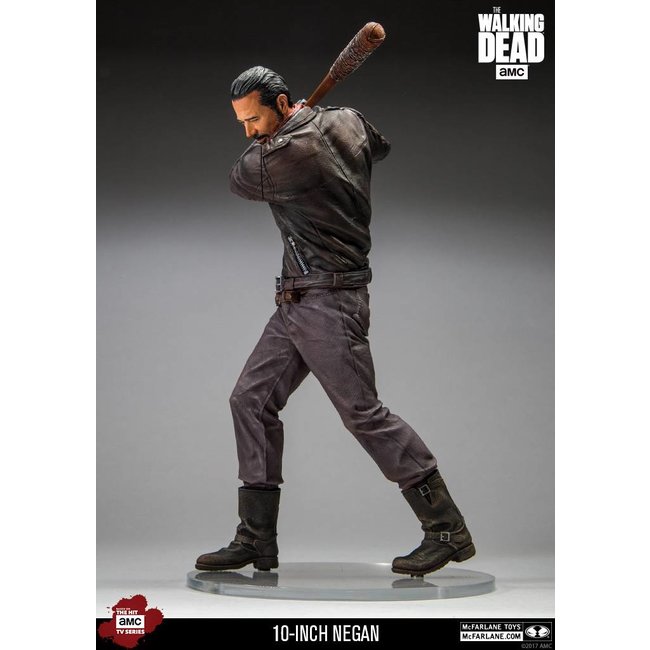 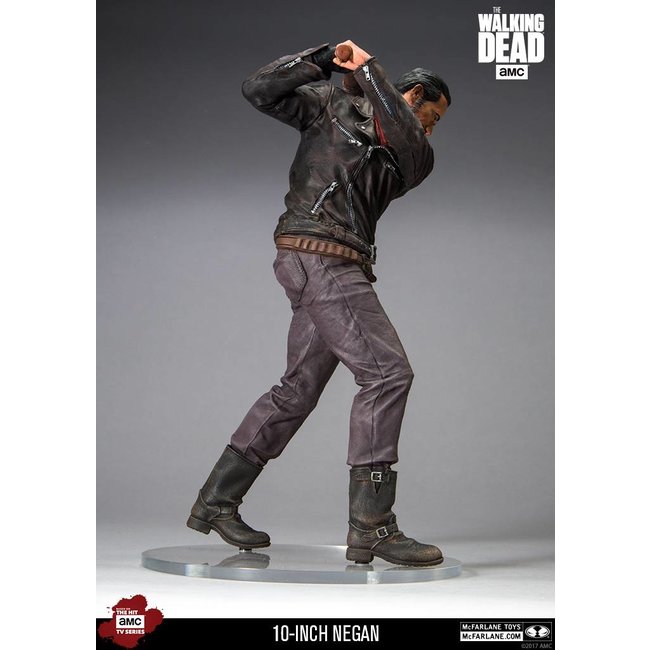 AMC's The Walking Dead© television series is the most watched drama in basic cable history, shattering records along the way! Season 7 finds Rick and the other survivors in the crosshairs of one of the most ruthless enemies they have ever encountered. McFarlane Toys is sitting shotgun for the ride with more amazingly-detailed action figures from AMC's The Walking Dead.

Leader of the group known as The Saviors, Negan is one of the most merciless enemies to ever wield a bat on The Walking Dead©. With no remorse, Negan executes those who get in his way with his weapon of choice, Lucille. With the barrel end wrapped in barbed wire, Lucille is the iconic baseball bat that Negan wields to not only intimidate others, but eliminate them as well.

- Spectacular likeness of actor Jeffery Dean Morgan, taken from full image scans of the actor himself
- Figure comes with scaled "Lucille" barbed-wire baseball bat
- Sculpted in his iconic outfit from season 7 of AMC's The Walking Dead©
- Comes with a black circular base for dynamic posing 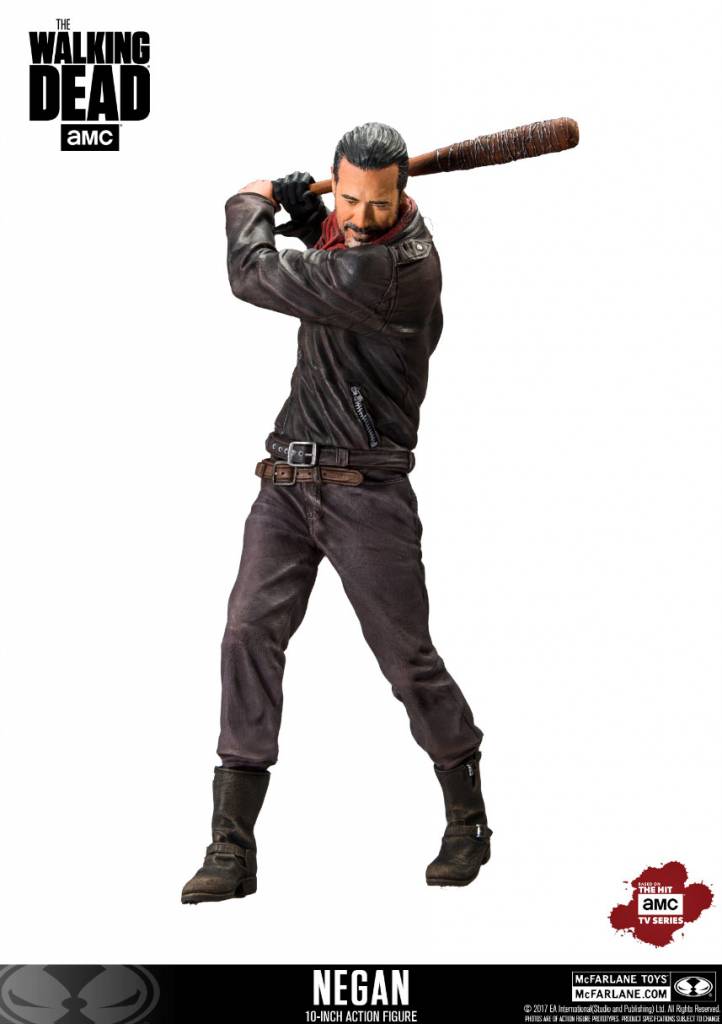 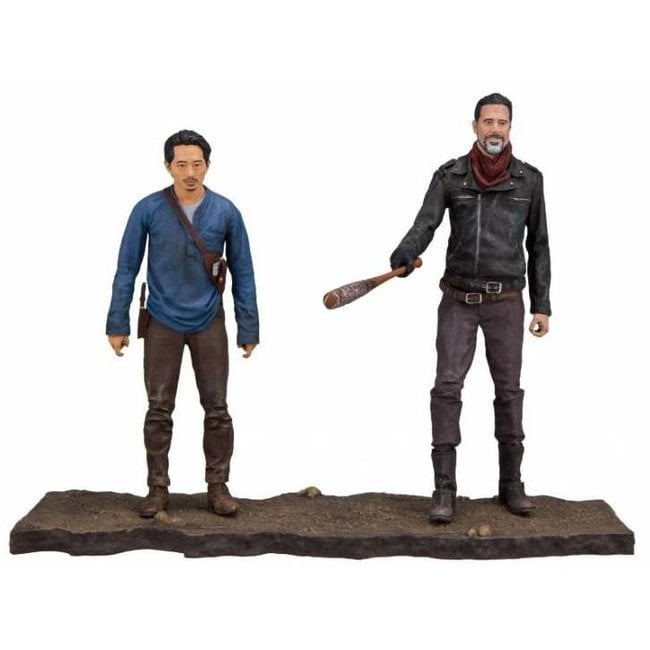 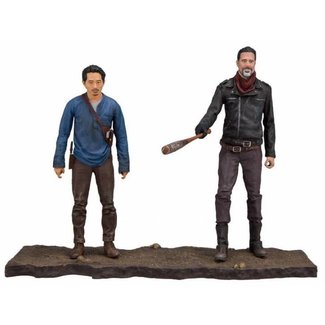