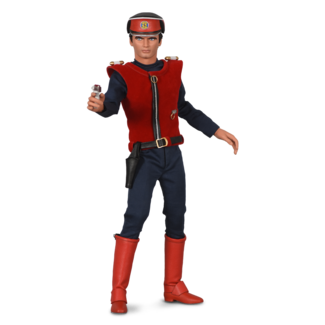 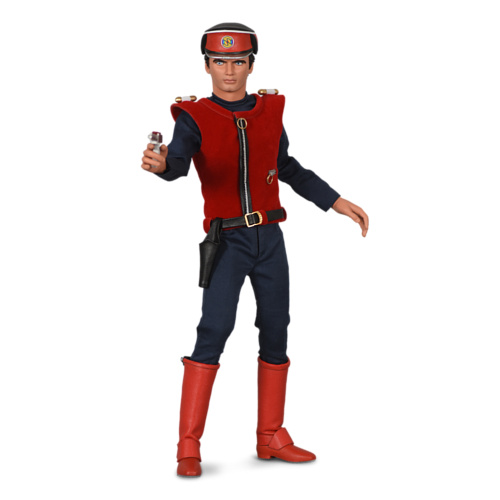 Captain Scarlet and the Mysterons, often referred to as Captain Scarlet, is a 1960s British science-fiction television series produced by the Century 21 Productions company of Gerry and Sylvia Anderson, John Read and Reg Hill. First broadcast on ATV Midlands from September 1967 to May 1968, it has since been transmitted in more than 40 other countries, including the United States, Australia, New Zealand and Japan. Characters are presented as marionette puppets alongside scale model sets and special effects in a filming technique that the Andersons termed "Supermarionation". This technology incorporated solenoid motors as a means of synchronising the puppet's lip movements with pre-recorded dialogue.

Set in 2068, Captain Scarlet presents the hostilities between Earth and a race of Martians known as the Mysterons. After human astronauts attack their city on Mars, the vengeful Mysterons declare war on Earth, initiating a series of reprisals that are countered by Spectrum, a worldwide security organisation. Spectrum boasts the extraordinary abilities of its primary agent, Captain Scarlet. During the events of the pilot episode, Scarlet acquires the Mysteron healing factor of "retro-metabolism" and is thereafter considered to be virtually "indestructible", being able to recover fully from injuries that would normally be fatal.

Captain Scarlet, the eighth of ten puppet series that the Andersons produced during the 1950s and 1960s, was preceded by Thunderbirds and followed by Joe 90 and The Secret Service. In terms of visual aesthetic, the series represented a departure from Thunderbirds on account of its use of non-caricatured puppets sculpted in realistic proportions. Re-run a number of times in the UK and purchased by the BBC in 1993, the 32-episode series has entailed tie-in merchandise since its first appearance, from dolls to original novels and comic strips in the Century 21 Publications children's magazine, TV Century 21.

In comparisons to Thunderbirds and other earlier series, Captain Scarlet is generally considered "darker" in tone and less suited to child audiences due to stronger on-screen violence and themes of extraterrestrial aggression and interplanetary war. The transition in the puppets' design has polarised critical opinion and drawn a mixed response from former production staff, while the concept of an indestructible protagonist has also been called into question. However, the series has been praised for its inclusion of a multinational, multiethnic puppet cast and its depiction of a utopian future Earth. Having decided to revive the series in the late 1990s, Gerry Anderson supervised the production of a computer-animated reboot, Gerry Anderson's New Captain Scarlet, which was broadcast in the UK in 2005.