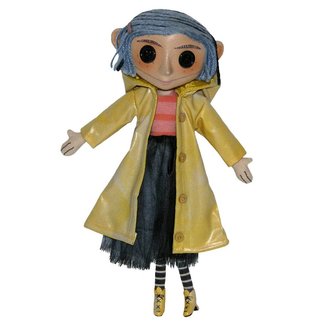 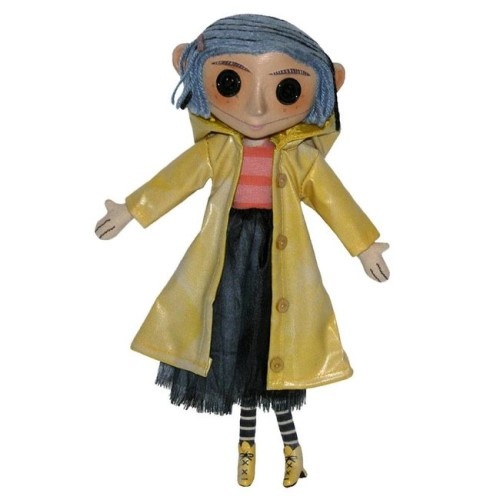 Coraline is a 2009 American stop-motionanimated3D dark fantasy horror film based on Neil Gaiman's 2002 novel of the same name. It was produced by Laika and distributed by Focus Features. The film depicts an adventurous girl finding an idealized parallel world behind a secret door in her new home, unaware that the alternate world contains a dark and sinister secret. Written and directed by Henry Selick, the film was made with Gaiman's approval and cooperation.

The film was released widely in United States theaters on February 6, 2009, after a world premiere at the Portland International Film Festival, and received critical acclaim. The film made $16.85 million during opening weekend, ranking third at the box office. At the end of its box office run, the film had grossed over $124.5 million worldwide. Coraline won Annie Awards for best music, character design, production design and received Academy Award and Golden Globe nominations for Best Animated Feature.

In the opening credits, hands made of sewing needles are seen recreating a button-eyed doll to resemble an 11-year-old girl named Coraline Jones before sending it out into a void. Coraline Jones, an adventurous 11-year old girl, and her family move from Pontiac, Michigan, to Ashland, Oregon, into the Pink Palace Apartments, a divided mansion. The other residents include retired actresses Ms. Spink and Forcible (who live in the basement) and eccentric Russian acrobat Mr. Bobinsky (who lives in the attic).

Coraline finds her new home boring, and her parents hardly pay any attention to her adventures, as they are always seemingly busy working on a garden catalogue. Coraline meets Wyborn "Wybie" Lovat, the grandson of the apartments' landlady, Mrs. Lovat, who has a missing twin sister. Coraline also meets a black cat that follows Wybie around. While exploring, she is given a doll that looks like her by Wybie and finds a small brick-sealed door which can only be unlocked by a small black key with a button for a handle. That night, Coraline follows a mouse through the door, where she discovers the bricks have been replaced by a long corridor. Coraline goes through it and finds herself in the Other World, which is another, smaller world. Its inhabitants have buttons instead of eyes. Her Other Mother and Other Father are more warm and attentive than her real parents, and they have dinner together before tucking her in in her Other Bedroom. To her dismay, Coraline wakes up in her real bedroom and is unable to convince her parents that she has actually visited the Other World.