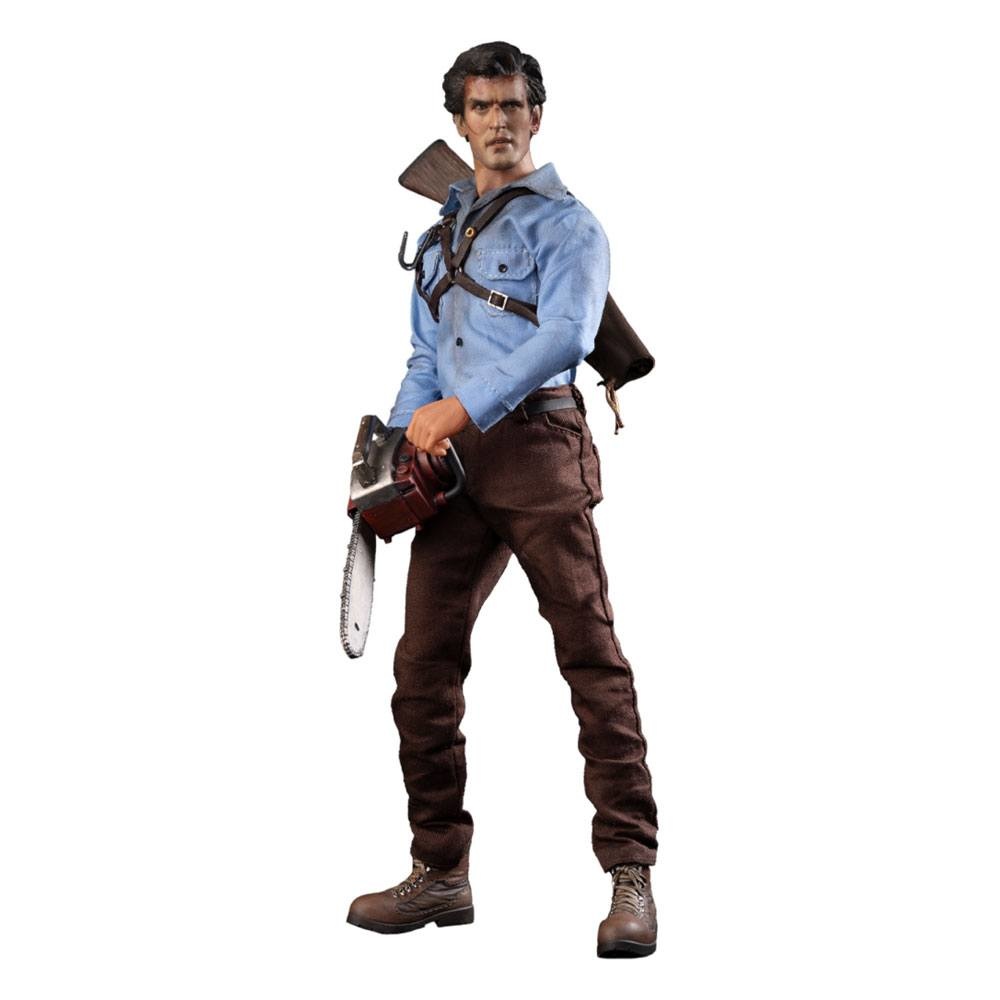 Evil Dead is an American horror film franchise created by Sam Raimi consisting of four feature films. The films revolve around the Necronomicon Ex-Mortis, an ancient Sumerian text which wreaks havoc upon a group of cabin inhabitants in a wooded area in Michigan. The protagonist, Ashley J. "Ash" Williams (Bruce Campbell) is the only character to appear in every installment of the original trilogy (Linda, Ash's girlfriend makes an appearance in all 3 films, but her only appearance in Army of Darkness is during the prologue). The original trilogy includes The Evil Dead (1981), Evil Dead II (1987), and Army of Darkness (1992), all written and directed by Raimi, produced by Robert G. Tapert, and starring Campbell. The franchise has since expanded into other formats, including video games, comic books, a musical, and a television series.

The franchise was resurrected in 2013 with Evil Dead, both a reboot and a loose continuation of the series directed by Fede Alvarez and produced by Raimi, Campbell and Tapert. It is rumored that there will be three other installments of the franchise that are considered: a sequel to the 2013 reboot currently entitled Evil Dead 2 but will not be directed by Alvarez, a direct sequel to the original trilogy currently entitled Army of Darkness 2 rumored to be directed by Sam Raimi and starring Campbell, and a seventh and final film which would merge the narratives of both chronologies.

In July 2014, Bruce Campbell stated it was likely that the planned sequel would instead be a TV series with him as the star. Starz officially announced on November 10, 2014 that a ten-episode series titled Ash vs Evil Dead would premiere on their cable network in 2015. The series will star Bruce Campbell as Ash and will be executive produced by Campbell, Sam Raimi and Rob Tapert.