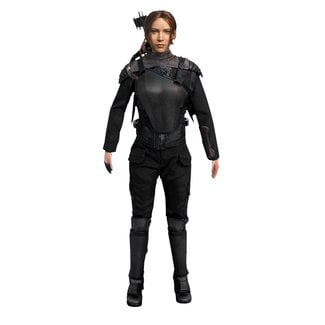 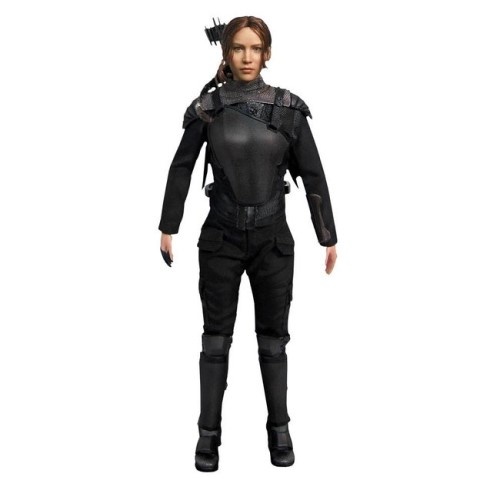 The Hunger Games is a 2012 American science fiction adventure film directed by Gary Ross and based on the novel of the same name by Suzanne Collins. The picture is the first installment in The Hunger Games film series and was produced by Nina Jacobson and Jon Kilik, with a screenplay by Ross, Collins, and Billy Ray. The film stars Jennifer Lawrence, Josh Hutcherson, Liam Hemsworth, Woody Harrelson, Elizabeth Banks, Lenny Kravitz, Stanley Tucci, and Donald Sutherland. The story takes place in a dystopian post-apocalyptic future in the nation of Panem, where boys and girls between the ages of 12 and 18 must take part in the Hunger Games, a televised annual event in which the "tributes" are required to fight to the death until there is one remaining who will be crowned the victor. Katniss Everdeen (Lawrence) volunteers to take her younger sister's place in the games. Joined by her district's male tribute Peeta Mellark (Hutcherson), Katniss travels to the Capitol to train for the Hunger Games under the guidance of former victor Haymitch Abernathy (Harrelson).

Development of The Hunger Games began in March 2009 when Lions Gate Entertainment entered into a co-production agreement with Color Force, which had acquired the rights a few weeks earlier. Collins collaborated with Ray and Ross to write the screenplay. The screenplay expanded the character of Seneca Crane to allow several developments to be shown directly to the audience and Ross added several scenes between Crane and Coriolanus Snow. The main characters were cast between March and May 2011. Principal photography began in May 2011 and ended in September 2011, and filming took place in North Carolina. The Hunger Games was shot entirely on film as opposed to digital.

The film was released on March 21, 2012, in France and in the US on March 23, 2012, in both conventional theaters and digital IMAX theaters. Japan received it last, on September 28. When the film released, it set records for opening day ($67.3 million) and opening weekend for a non-sequel. At the time of its release, the film's opening weekend gross ($152.5 million) was the third-largest of any movie in North America. It is the first film since Avatar to remain in first place at the North American box office for four consecutive weekends. The film was a massive box-office success by grossing over $691 million worldwide against its budget of $78 million, making it the third-highest-grossing film in the United States and ninth-highest-grossing worldwide of 2012. It was released on DVD and Blu-ray Disc on August 18, 2012. With 7,434,058 units sold, the DVD was the best-selling DVD of 2012.

The Hunger Games received positive reviews from critics, with praise for its themes and messages, as well as Jennifer Lawrence's portrayal of Katniss, though there was criticism of the film's use of shaky cam in the action sequences. Like the novel, the film has attracted criticism for its similarities to other works, such as the Japanese novel Battle Royale and its film adaptation, and the Shirley Jackson short story "The Lottery". Collins' novel and screenplay drew on sources of inspiration such as the myth of Theseus, Roman gladiatorial games, reality television, and the desensitization of viewers to media coverage of real-life tragedy and war, not to think as just an audience member, "Because those are real people on the screen, and they’re not going away when the commercials start to roll." The song "Safe & Sound" won a Grammy Award and was nominated for a Golden Globe Award for Best Original Song. For her performance, Lawrence won the Saturn Award for Best Actress, the Broadcast Film Critics Association Award for Best Actress in an Action Movie, the Empire Award for Best Actress and was also nominated for the New York Film Critics Circle Award for Best Actress.

A sequel, The Hunger Games: Catching Fire, was released on November 22, 2013, in the United States.