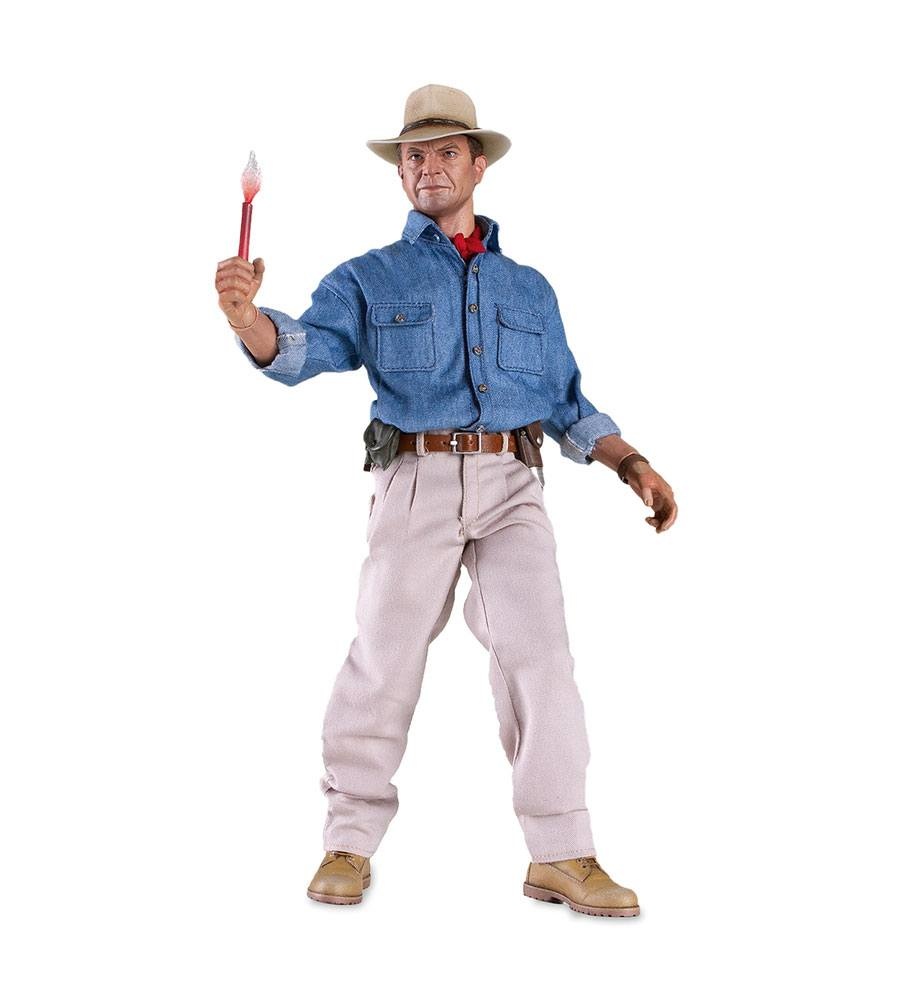 Jurassic Park is a 1993 American science fiction adventure film directed by Steven Spielberg and produced by Kathleen Kennedy and Gerald R. Molen. It is the first installment in the Jurassic Park franchise, and is based on the 1990 novel of the same name by Michael Crichton and a screenplay written by Crichton and David Koepp. The film is set on the fictional island of Isla Nublar, located off Central America's Pacific Coast near Costa Rica. There, billionaire philanthropist John Hammond and a small team of genetic scientists have created a wildlife park of de-extinct dinosaurs. When industrial sabotage leads to a catastrophic shutdown of the park's power facilities and security precautions, a small group of visitors and Hammond's grandchildren struggle to survive and escape the perilous island.

Before Crichton's novel was published, four studios put in bids for its film rights. With the backing of Universal Studios, Spielberg acquired the rights for $1.5 million before its publication in 1990; Crichton was hired for an additional $500,000 to adapt the novel for the screen. Koepp wrote the final draft, which left out much of the novel's exposition and violence and made numerous changes to the characters. Filming took place in California and Hawaii between August and November 1992, and post-production rolled until May 1993, supervised by Spielberg in Poland as he filmed Schindler's List.

The dinosaurs were created with groundbreaking computer-generated imagery by Industrial Light & Magic (ILM) and with life-sized animatronic dinosaurs built by Stan Winston's team. To showcase the film's sound design, which included a mixture of various animal noises for the dinosaur roars, Spielberg invested in the creation of DTS, a company specializing in digital surround sound formats. The film also underwent an extensive $65 million marketing campaign, which included licensing deals with over 100 companies.

Jurassic Park premiered on June 9, 1993, at the Uptown Theater in Washington, D.C., and was released on June 11 in the United States. It went on to gross over $914 million worldwide in its original theatrical run becoming the highest-grossing film of 1993 and the highest-grossing film ever at the time, a record held until the release of Titanic in 1997. It was well received by critics, who praised its special effects, John Williams' musical score, and Spielberg's direction. Following its 3D re-release in 2013 to celebrate its 20th anniversary, Jurassic Park became the seventeenth film in history to surpass $1 billion in ticket sales.

In 2018, the film was selected for preservation in the United States National Film Registry by the Library of Congress as being "culturally, historically, or aesthetically significant".