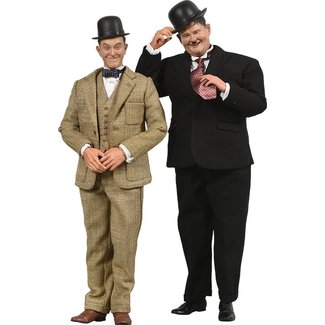 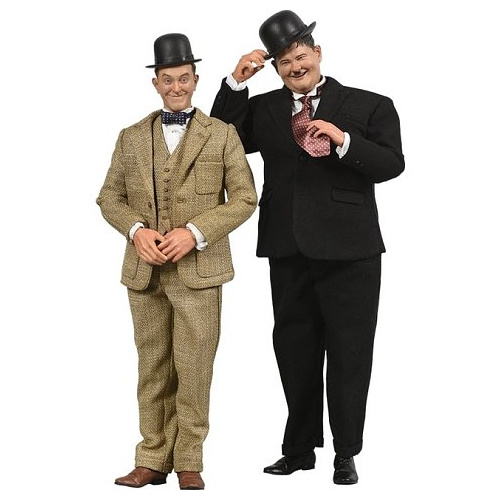 Laurel and Hardy were a comedy duo act during the early Classical Hollywood era of American cinema. The team was composed of Englishman Stan Laurel (1890–1965) and American Oliver Hardy (1892–1957). They became well known during the late 1920s to the mid-1940s for their slapstick comedy, with Laurel playing the clumsy and childlike friend of the pompous bully Hardy. The duo's signature tune is known variously as "The Cuckoo Song", "Ku-Ku", or "The Dance of the Cuckoos". It was played over the opening credits of their films and has become as emblematic of the duo as their bowler hats.

Prior to emerging as a team, both actors had well-established film careers. Laurel had appeared in over 50 films as an actor (while also working as a writer and director), while Hardy had been in more than 250 productions. The two comedians had previously worked together as cast members on the film The Lucky Dog in 1921. However, they were not a comedy team at that time and it was not until 1926 that they appeared in a short movie together, when both separately signed contracts with the Hal Roach film studio. Laurel and Hardy officially became a team in 1927 when they appeared together in the silent short film Putting Pants on Philip. They remained with the Roach studio until 1940 and then appeared in eight "B" movie comedies for 20th Century Fox and Metro-Goldwyn-Mayer from 1941 to 1945. After finishing their movie commitments at the end of 1944, they concentrated on performing in stage shows and embarked on a music hall tour of England, Ireland, and Scotland. They made their last film in 1950, a French-Italian co-production called Atoll K.

They appeared as a team in 107 films, starring in 32 short silent films, 40 short sound films, and 23 full-length feature films. They also made 12 guest or cameo appearances, including the Galaxy of Stars promotional film of 1936. On December 1, 1954, the pair made their one American television appearance, when they were surprised and interviewed by Ralph Edwards on his live NBC-TV program This Is Your Life. Since the 1930s, the works of Laurel and Hardy have been released in numerous theatrical reissues, television revivals, 8-mm and 16-mm home movies, feature-film compilations, and home videos. In 2005, they were voted the seventh-greatest comedy act of all time by a UK poll of fellow comedians. The official Laurel and Hardy appreciation society is known as The Sons of the Desert, named after a fictitious fraternal society featured in the film of the same name.