Nightmare Before Christmas, a 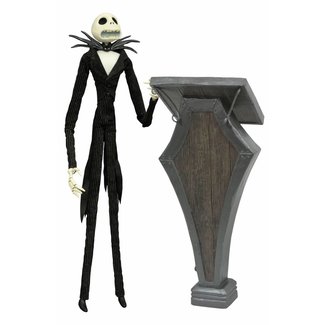 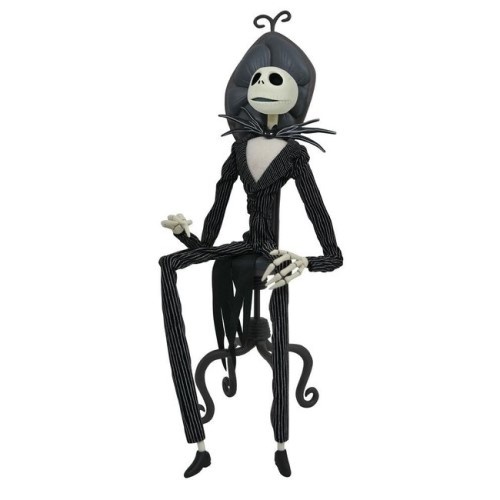 The Nightmare Before Christmas, often promoted as Tim Burton's The Nightmare Before Christmas, is a 1993 American stop motion musical fantasy-thriller film directed by Henry Selick and produced/co-written by Tim Burton. It tells the story of Jack Skellington, a being from "Halloween Town" who opens a portal to "Christmas Town" and decides to celebrate the holiday, with some dastardly and comical consequences. Danny Elfman wrote the film score and provided the singing voice of Jack, as well as other minor characters. The remaining principal voice cast includes Chris Sarandon, Catherine O'Hara, William Hickey, Ken Page, Paul Reubens and Glenn Shadix.

The Nightmare Before Christmas originated in a poem written by Tim Burton in 1982, while he was working as an animator at Walt Disney Animation Studios. With the success of Vincent in the same year, the Walt Disney Studios started to consider developing The Nightmare Before Christmas as either a short film or 30-minute television special. Over the years, Burton's thoughts regularly returned to the project, and in 1990, he made a development deal with Disney. Production started in July 1991 in San Francisco. Disney decided to release the film under their Touchstone Pictures banner because they thought the movie would be "too dark, and scary for kids."

The Nightmare Before Christmas was met with both critical and financial success. The film has since been reissued by Walt Disney Pictures and re-released annually in the Disney Digital 3-D format from 2006 until 2009, making it the first stop-motion animated feature to be entirely converted to 3-D.

Plot:
Halloween Town is a fantasy world filled with citizens such as deformed monsters, ghosts, ghouls, goblins, vampires, werewolves and witches. Jack Skellington ("The Pumpkin King") leads them in organizing the annual Halloween holiday. However, in a monologue, Jack reveals he has grown tired of the same routine year after year ("Jack's Lament"). Wandering dejectedly in the forest outside the cemetery, he stumbles across the seven holiday doors and accidentally opens a portal to "Christmas Town", whose residents are charged with organizing the annual Christmas holiday, under the guidance of Santa Claus ("What's This"). Impressed by the feeling and style of Christmas, Jack presents his findings and his understanding of the festivities to the Halloween Town residents ("Town Meeting Song"). They fail to grasp his meaning and compare everything he says to their idea of Halloween. He reluctantly decides to play along, and announces that they will take over Christmas.

Jack's obsession with Christmas leads him to usurp the role of Santa ("Jack's Obsession"). Every resident is assigned a task ("Making Christmas"), while Sally, a rag doll woman who is created by the town's mad scientist, begins to feel a romantic attraction towards Jack. However, she alone fears that his plans will become disastrous ("Sally's Song"), but had no luck convincing him. Jack assigns Lock, Shock and Barrel, a trio of mischievous children, to abduct Santa and bring him back to Halloween Town. Against Jack's wishes and largely for their amusement ("Kidnap the Sandy Claws"), the trio deliver Santa to Oogie Boogie, a gambling-addict bogeyman who plots to play a game with Santa's life at stake ("Oogie Boogie's Song").

Christmas Eve arrives and Sally attempts to stop Jack with fog, but it fails to do so thanks to Jack's ghost dog Zero and his glowing nose and this allows Jack to embark into the sky on a coffin-like sleigh pulled by skeletal reindeer, guided by Zero. He begins to deliver presents to children around the world, but the gifts (shrunken heads, Christmas tree-eating snakes, pumpkin jack-in-the-boxes, vampire teddy bears, toy ducks with sharp teeth, living wreaths, etc.) only terrify the recipients. The children alert their parents who call the police who call the military. The air raid siren is activated and Jack is spotted with search lights, after which he is then shot upon by air raid artillery cannons. One of the cannons eventually shoots the sleigh dead-on and causes it to crash and Jack is presumed dead by Halloween Town's citizens, but in fact he has survived the crash, landing in a cemetery. Although he is depressed by the failure of his plan, he quickly regains his old spirit, having come up with new ideas for next Halloween ("Poor Jack"). He then rushes back home to rescue Santa and put things right.

Meanwhile, Sally attempts to free Santa, but is captured by Oogie. Jack slips into the lair and frees them, then angrily confronts Oogie. Almost immediately, Oogie springs a surprise trap on Jack (whom he easily avoids) and is about to escape, when Jack pulls one of Oogie's loose threads, revealing him to be nothing more than a collection of snakes and insects, which are all incinerated, save for the last one, which Santa squashes with his boot. With Oogie gone, Santa admonishes Jack before leaving to deliver the right presents to the world's children.

After Jack returns and Christmas is over, Santa makes snow fall over Halloween Town in reconciliation between himself and Jack. The townspeople are confused by the snow at first, but soon begin to play happily in it, finally realizing what Christmas is about. Jack spies Sally heading to the graveyard and follows her. Atop the graveyard's big hill, Jack admits that he reciprocates Sally's romantic attraction to him and they kiss. ("Finale/Reprise")