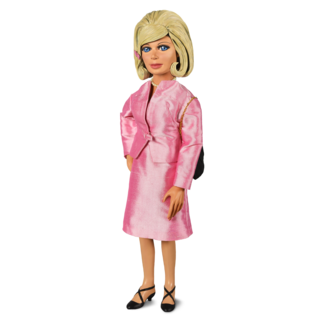 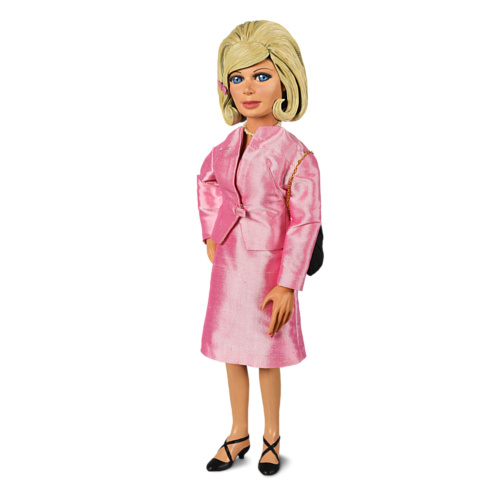 Thunderbirds is a British science-fiction television series created by Gerry and Sylvia Anderson, filmed by their production company AP Films (APF) and distributed by ITC Entertainment. It was produced between 1964 and 1966 using a form of electronic marionette puppetry (dubbed "Supermarionation") combined with scale model special effects sequences. Two series were filmed, comprising a total of 32 episodes. Production ceased after Lew Grade, the Andersons' financial backer, failed in his efforts to sell the programme to American network television.

Set in the mid-2060s, Thunderbirds is a follow-up to the earlier Supermarionation productions Four Feather Falls, Supercar, Fireball XL5 and Stingray. It follows the exploits of International Rescue (IR), a life-saving organisation equipped with technologically-advanced land, sea, air and space rescue craft; these are headed by a fleet of five vehicles named the Thunderbirds and launched from IR's secret base in the Pacific Ocean. The main characters are ex-astronaut Jeff Tracy, the founder of IR, and his five adult sons, who pilot the Thunderbird machines.

Thunderbirds began its first run in the United Kingdom on the ITV network in 1965 and has since been broadcast in at least 66 other countries. Periodically repeated, it was adapted for radio in the early 1990s and has influenced many TV programmes and other media. As well as inspiring various merchandising campaigns, the series has been followed by two feature-length film sequels, a live-action film adaptation and a mimed stage show tribute. The second of two TV remakes, the computer-animated Thunderbirds Are Go, premiered in 2015, in honour of the original show's 50th anniversary.

Widely considered to be the Andersons' most popular and commercially successful series, Thunderbirds has received particular praise for its effects (directed by Derek Meddings) and musical score (composed by Barry Gray). It is also well remembered for its title sequence, which opens with an often-quoted countdown by actor Peter Dyneley (who voiced the character of Jeff): "5, 4, 3, 2, 1: Thunderbirds Are Go!" A real-life rescue service, the International Rescue Corps, is named after the organisation featured in the series.