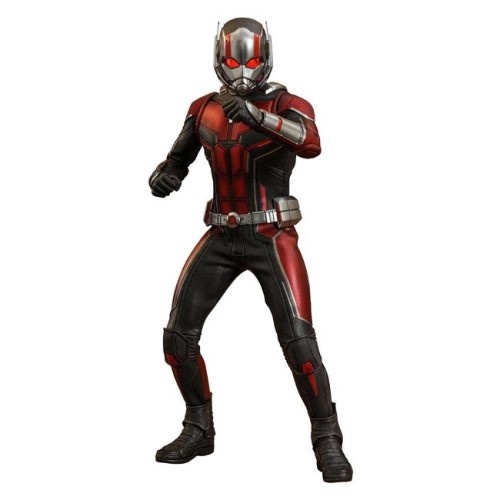 Development of Ant-Man began in April 2006, with the hiring of Wright to direct and co-write with Cornish. By April 2011, Wright and Cornish had completed three drafts of the script and Wright shot test footage for the film in July 2012. Pre-production began in October 2013 after being put on hold so that Wright could complete The World's End. Casting began in December 2013, with the hiring of Rudd to play Lang. In May 2014, Wright left the project, citing creative differences, though he still received screenplay and story credits with Cornish, as well as an executive producer credit. The following month, Reed was brought in as Wright's replacement, while McKay was hired to contribute to the script with Rudd. Principal photography took place between August and December 2014 in San Francisco and Metro Atlanta.

In 1989, scientist Hank Pym resigns from S.H.I.E.L.D. after discovering that they attempted to replicate his Ant-Man shrinking technology. Believing the technology is dangerous, Pym vows to hide it as long as he lives. In the present day, Pym's estranged daughter, Hope van Dyne, and former protégé, Darren Cross, have forced him out of his own company. Cross is close to perfecting a shrinking suit of his own, the Yellowjacket, which horrifies Pym.

Upon his release from prison, well-meaning thief Scott Lang moves in with his old cellmate, Luis. Lang's ex-wife, Maggie – engaged to policeman Paxton – agrees to let Lang see his daughter Cassie if he provides child support. Unable to hold a job due to his criminal record, Lang agrees to join Luis' gang and commit a burglary to get money. Lang breaks into a house and cracks its safe, but only finds what he believes to be an old motorcycle suit, which he takes home. After trying the suit on, Lang accidentally shrinks to the size of an insect. Terrified by the experience, he returns the suit to the house, but is arrested on the way out. Pym, the homeowner, visits Lang in jail and smuggles the suit into his cell to help him break out.

At his home, Pym, who manipulated Lang through Luis into stealing the suit as a test, wants Lang to become the new Ant-Man to steal the Yellowjacket from Cross. Van Dyne, who has been spying on Cross for Pym despite her strained relationship with her father, helps Pym train Lang to fight and to control ants. They send him to steal a device from the Avengers' headquarters, where he briefly fights Sam Wilson. While van Dyne still shows anger towards Pym about her mother's death, he reveals that her mother, known as the Wasp, disappeared into a subatomic quantum realm to disable a Russian nuclear missile. Pym warns Lang that he could suffer a similar fate if he overrides his suit's safeguards.

Cross perfects the Yellowjacket and invites Pym to the unveiling ceremony. Lang, along with his gang and a swarm of flying ants, infiltrates the building during the event, sabotages the servers, and plants explosives. When he attempts to steal the Yellowjacket, he is trapped by Cross, who intends to sell both the Yellowjacket and Ant-Man suits to Hydra. Lang breaks free, defeats the Hydra agents, and pursues Cross as he escapes, while the explosives detonate, vaporizing the building.

Cross dons the Yellowjacket and fights Lang before Lang is arrested by Paxton. His mind addled by the imperfect shrinking technology, Cross holds Cassie hostage to lure Lang into another fight; this time, Lang shrinks to subatomic size to penetrate Cross' suit and sabotage it to shrink uncontrollably, killing Cross. Lang disappears into the quantum realm but manages to reverse the suit's mechanism and return to the real world. In gratitude for Lang's heroism, Paxton covers for Lang to keep him out of prison. Seeing that Lang survived and returned from the quantum realm, Pym wonders if his wife is alive as well. Meanwhile, Lang meets up with Luis, who tells him that Wilson is looking for him.

In a mid-credits scene, Pym shows van Dyne a new Wasp prototype suit and offers it to her. In a post-credits scene, Wilson and Steve Rogers have Bucky Barnes in their custody. Unable to contact Tony Stark due to "the accords", Falcon mentions that he "knows a guy".