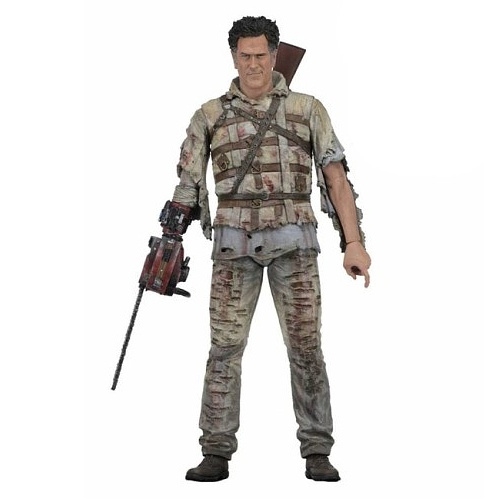 Ash vs Evil Dead is an American comedy horror television series developed by Sam Raimi, Ivan Raimi, and Tom Spezialy for the Starz network. It is set in Raimi's Evil Dead universe, with Bruce Campbell reprising his role as Ash Williams, and acts as a sequel to the original trilogy.

The series is set 30 years after the first three Evil Dead movies. Ashley J. "Ash" Williams works at the "ValueShop" mart as a simple salesclerk. His life has gone nowhere and he now lives in a trailer, drinking at night bars and having occasional sex with various women. After having inadvertently read the incantation from the Book of the Dead again, he unleashes the Kandarian Demon one more time. A new set of events brings him to assume his former fighting persona and face the new Evil Dead plague in order to save human race.

The events of the third Evil Dead movie, Army of Darkness, are "hinted at" through the series although not directly referenced.