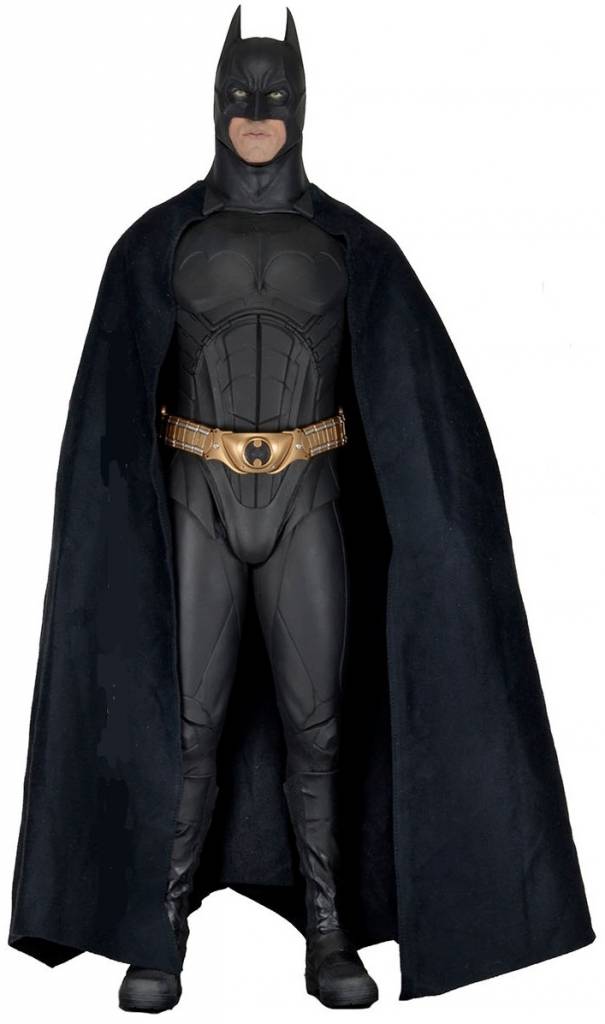 Batman Begins is a 2005 superhero film based on the fictional DC Comics character Batman, co-written and directed by Christopher Nolan. It stars Christian Bale as Batman along with Michael Caine, Liam Neeson, Katie Holmes, Gary Oldman, and Morgan Freeman. The film reboots the Batman film series, telling the origin story of the character from Bruce Wayne's initial fear of bats, the death of his parents, his journey to become Batman, and his fight against Ra's al Ghul's plot to destroy Gotham City. It draws inspiration from classic comic book storylines such as The Man Who Falls, Batman: Year One, and Batman: The Long Halloween.

After a series of unsuccessful projects to resurrect Batman on screen following the critical failure and box office disappointment of Batman & Robin (1997), Nolan and David S. Goyer began to work on the film in early 2003 and aimed for a darker and more realistic tone, with humanity and realism being the basis of the film. The goal was to get the audience to care for both Batman and Bruce Wayne. The film, which was primarily shot in Iceland and Chicago, relied on traditional stunts and miniatures – computer-generated imagery was used minimally.

The film opened on June 17, 2005, in the United States and Canada in 3,858 theaters. It grossed over $48 million in its opening weekend in North America, eventually grossing over $374 million worldwide. The film received positive reviews and has been considered by many as one of the best superhero films ever made. Critics noted that fear was a common motif throughout the film, and remarked that it had a darker tone compared with previous Batman films. The film was nominated for an Academy Award for Best Cinematography and three BAFTA awards.