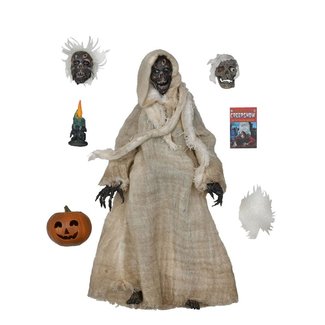 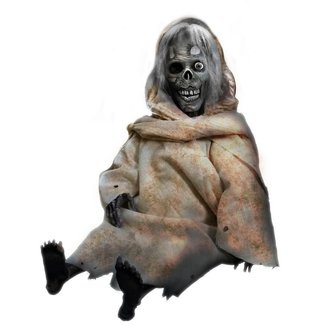 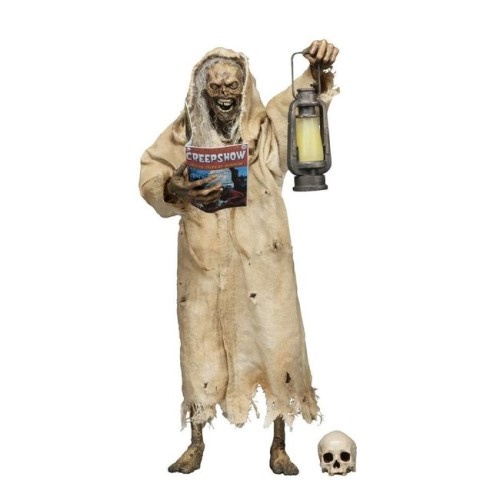 Creepshow is a 1982 American horror comedy anthology film directed by George A. Romero and written by Stephen King, making this film his screenwriting debut. The film's ensemble cast includes Hal Holbrook, Adrienne Barbeau, Fritz Weaver, Leslie Nielsen, Ted Danson and E. G. Marshall, as well as King himself (King’s acting debut actually came a year prior in the Romero film Knightriders). The film was primarily shot on location in Pittsburgh and its suburbs, including Monroeville, where Romero leased an old boys academy (Penn Hall) to build extensive sets for the film.

The film consists of five short stories: "Father's Day", "The Lonesome Death of Jordy Verrill" (based on the King short story "Weeds"), "Something to Tide You Over", "The Crate" and "They're Creeping Up on You!" Two of these stories were adapted from King's short stories, with the film bookended by prologue and epilogue scenes featuring a young boy named Billy (played by King's son, Joe), who is punished by his father for reading horror comics.

The film is an homage to the EC horror comics of the 1950s, such as Tales from the Crypt, The Vault of Horror and The Haunt of Fear. In order for the film to give viewers a comic book feel, Romero hired long-time effects specialist Tom Savini to replicate comic-like effects.