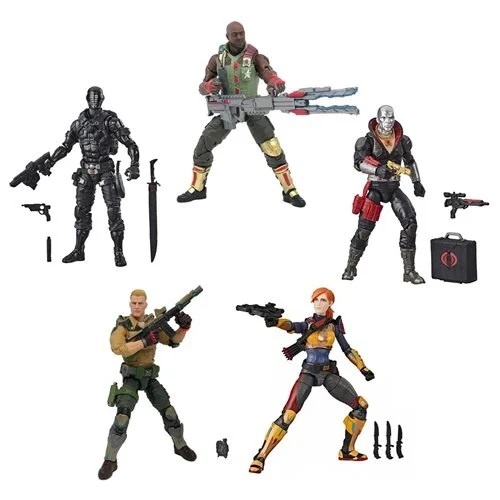 G.I. Joe is a line of action figures produced by the toy company Hasbro. The initial product offering represented four of the branches of the U.S. armed forces with the Action Soldier (U.S. Army), Action Sailor (U.S. Navy), Action Pilot (USAF), Action Marine (USMC) and later on, the Action Nurse. The term G.I. stands, in popular usage, for Government Issued and after the First World War became a generic term for U.S. soldiers. The origin of the term dates to World War I, when much of the equipment issued to U.S. soldiers was stamped "G.I.", meaning that it was made from galvanized iron. The development of G.I. Joe led to the coining of the term "action figure". G.I. Joe's appeal to children has made it an American icon among toys.