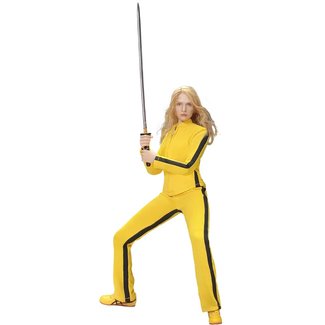 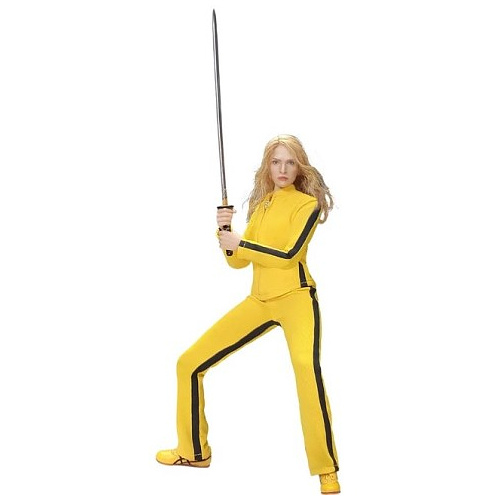 Kill Bill is an American two-part martial arts action film written and directed by Quentin Tarantino. It was originally scheduled for a single theatrical release, but with a running time of over four hours, it was separated into two movies: Kill Bill Volume 1, released in late 2003, and Kill Bill Volume 2, released in early 2004. A third installment was planned for the year 2014, but in a 2012 interview from Tarantino, concerning Kill Bill: Vol. 3, he remarked, "We'll see, probably not though."

The movie follows a character initially identified as "The Bride", a former member of an assassination team who seeks revenge on her ex-colleagues who massacred members of her wedding party and tried to kill her.

Kill Bill: Volume 2was released in theaters on April 16, 2004. Volume 2 's opening weekend gross was higher than Volume 1 's, and the equivalent success confirmed the studio's financial decision to split the film into two theatrical releases.Volume 2 attracted more female theatergoers than Volume 1, with 60% of the audience being male and 56% of the audience being men between the ages of 18 to 29 years old.

Outside of the United States and Canada, Volume 2 was released in 20 territories over the weekend of April 23, 2004. It grossed an estimated $17.7 million and ranked first at the international box office, ending an eight-week streak held by The Passion of the Christ.Volume 2 grossed a total of $66.2 million in the United States and Canada and $86 million in other territories for a worldwide total of $152.2 million.

The movie follows "The Bride" pursuing Bill's brother Budd and confronting Elle Driver, a fellow student of Pai Mei. She eventually catches up with Bill himself.