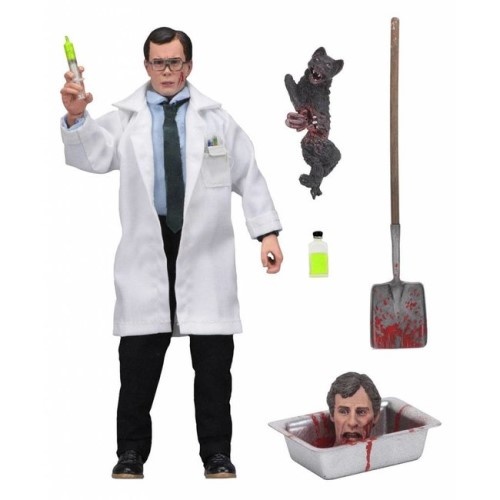 Re-Animator (also known as H. P. Lovecraft's Re-Animator) is a 1985 American science-fiction horror comedy film loosely based on the H. P. Lovecraft episodic novella Herbert West–Reanimator.[3] Directed by Stuart Gordon and produced by Brian Yuzna, the film stars Jeffrey Combs as Herbert West, a scientist who invents a solution which can re-animate deceased bodies. He and Dan Cain (Bruce Abbott) begin to test the serum on dead human bodies, and conflict with Dr. Carl Hill (David Gale), who is infatuated with Cain's fiancée (Barbara Crampton) and wants to claim the invention as his own.

Originally devised by Gordon as a theatrical stage production and later a half-hour television pilot, the television script was revised to become a feature film. Filmed in Hollywood on an estimated budget of $900,000, the film originally received an X rating, and was later edited to obtain an R rating for video rental stores. It is the first film in the Re-Animator film series and was followed by Bride of Re-Animator in 1990 and Beyond Re-Animator in 2003. Released to mostly positive reviews, Re-Animator has since been considered a cult film.