Shape of Water, the 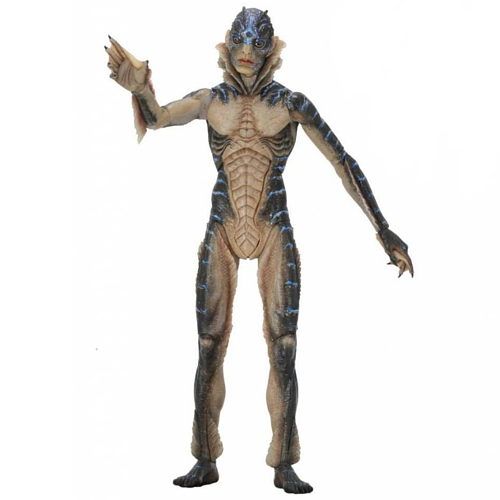 The Shape of Water is a 2017 American romantic dark fantasy film directed by Guillermo del Toro and written by del Toro and Vanessa Taylor. It stars Sally Hawkins, Michael Shannon, Richard Jenkins, Doug Jones, Michael Stuhlbarg, and Octavia Spencer. Set in Baltimore, Maryland, in 1962, the story follows a mute cleaner at a high-security government laboratory who falls in love with a captured humanoid amphibian creature. Filming took place in Ontario, Canada, between August and November 2016.

The film was screened in the main competition section of the 74th Venice International Film Festival, where it premiered on August 31, 2017, and was awarded the Golden Lion for best film. It was also screened at the 2017 Toronto International Film Festival. It began a limited release in two theaters in New York City on December 1, 2017, before expanding wide on December 23, 2017, and grossed $195 million worldwide.

The Shape of Water received critical acclaim for its acting, screenplay, direction, visuals, production design, and musical score, with many critics calling the film del Toro's best work since Pan's Labyrinth; the American Film Institute selected it as one of the top 10 films of the year. The Shape of Water received a number of awards and nominations, including thirteen nominations at the 90th Academy Awards, where it won for Best Picture, Best Director, Best Production Design, and Best Original Score. It was nominated for seven awards at the 75th Golden Globe Awards, winning for Best Director and Best Original Score, twelve at the 71st British Academy Film Awards, winning three awards including Best Director, and fourteen at the 23rd Critics' Choice Awards, winning four awards. A novelization by del Toro and Daniel Kraus was published on March 6, 2018.