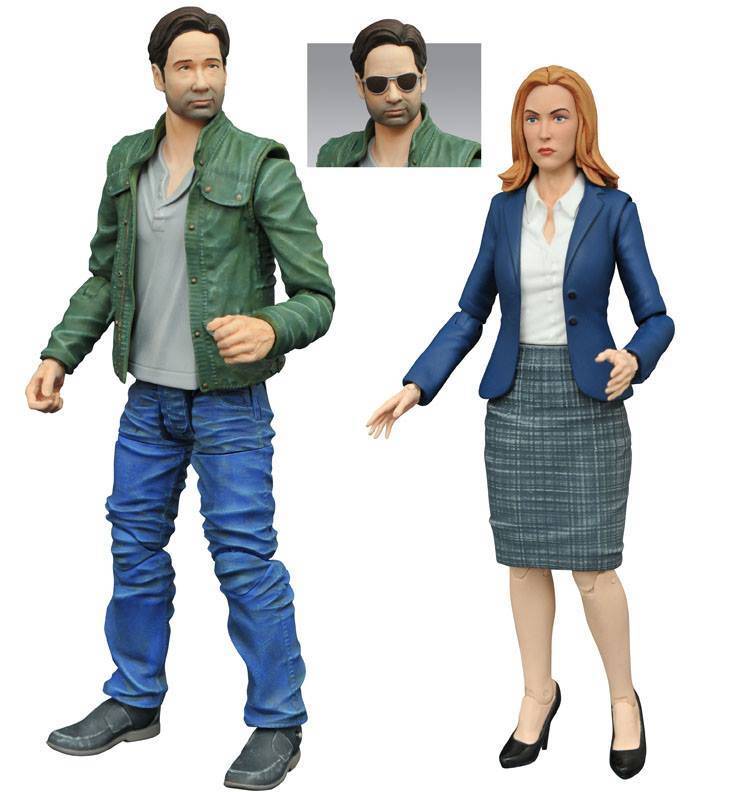 The X-Files is an American science fiction horror drama television series created by Chris Carter. The program originally aired from September 10, 1993, to May 19, 2002, on Fox, spanning nine seasons and 202 episodes. The series revolves around FBI special agents Fox Mulder (David Duchovny) and Dana Scully (Gillian Anderson) investigating X-Files: marginalized, unsolved cases involving paranormal phenomena. Mulder believes in the existence of aliens and the paranormal while Scully, a skeptic, is assigned to make scientific analyses of Mulder's discoveries to debunk his work and thus return him to mainstream cases. Early in the series, both agents become pawns in a larger conflict and come to trust only each other. They develop a close relationship, which begins as a platonic friendship, but becomes a romance by the end of the series. In addition to the series-spanning story arc, "Monster-of-the-Week" episodes form roughly two-thirds of all episodes.

The X-Files was inspired by shows which featured elements of suspense and speculative fiction, including Alfred Hitchcock Presents, The Twilight Zone, Night Gallery, Tales from the Darkside, and especially Kolchak: The Night Stalker. When creating the main characters, Carter sought to reverse gender stereotypes by making Mulder a believer and Scully a skeptic. The first seven seasons featured Duchovny and Anderson equally. In the last two seasons, Anderson took precedence while Duchovny appeared intermittently. New main characters were introduced: FBI agents John Doggett (Robert Patrick) and Monica Reyes (Annabeth Gish). Mulder and Scully's boss, Assistant Director Walter Skinner (Mitch Pileggi), also became a main character. The first five seasons of The X-Files were filmed and produced in Vancouver, British Columbia, before eventually moving to Los Angeles, California to accommodate Duchovny. The series later returned to Vancouver to film the 2008 film The X-Files: I Want to Believe, as well as the 2016 six-episode event series.

The X-Files was a hit for the Fox network and received largely positive reviews, although its long-term story arc was criticized near the conclusion. Initially considered a cult show, it turned into a pop culture touchstone that tapped into public mistrust of governments and large institutions and embraced conspiracy theories and spirituality. Both the show itself and lead actors Duchovny and Anderson received multiple awards and nominations, and by the end it was the longest-running science fiction series in U.S. television history. The series also spawned a franchise which includes The Lone Gunmen spin-off, two theatrical films and accompanying merchandise. After the final theatrical film in 2008, fans continued to push for a third movie to conclude the series' plot lines. In March 2015, it was announced the series would return as a miniseries, with Chris Carter as executive producer and writer, and David Duchovny, Gillian Anderson, Annabeth Gish, William B. Davis and Mitch Pileggi all reprising their roles. It will premiere on January 24, 2016.