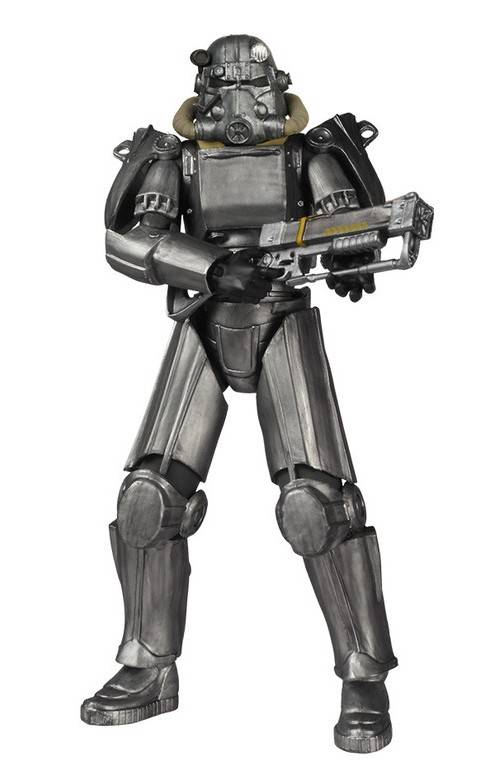 Fallout is a series of post-apocalyptic role-playing video games. It was created by Interplay Entertainment. Although the series is set during the 22nd and 23rd centuries, its atompunk retrofuturistic setting and artwork are influenced by the post-war culture of 1950s America, and its combination of hope for the promises of technology, and lurking fear of nuclear annihilation. A forerunner for Fallout is Wasteland, a 1988 video game of which the Fallout series is regarded to be a spiritual successor. Although the game worlds are different, the background story, inhabitants, locations, and characters draw many parallels.

The first two titles in the series (Fallout and Fallout 2) were developed by Black Isle Studios. Micro Forté and 14 Degrees East's 2001 Fallout Tactics: Brotherhood of Steel is a tactical role-playing game. In 2004, Interplay closed Black Isle Studios, and continued to produce an action game with RPG elements for the PlayStation 2 and Xbox, Fallout: Brotherhood of Steel without Black Isle Studios. A third entry in the main series, Fallout 3, was released in 2008 by Bethesda Softworks. The next role-playing installment of the series, Fallout: New Vegas, came out in 2010 and was developed by Obsidian Entertainment. The newest game in the series, Fallout 4, was announced on June 3, 2015 and was released on November 10, 2015.

Bethesda Softworks now owns the rights to produce all Fallout games. Soon after acquiring the rights to the IP, Bethesda licensed the rights to make a massively multiplayer online role-playing game (MMORPG) version of Fallout to Interplay. This led to a lengthy legal dispute between Bethesda Softworks and Interplay, with Bethesda claiming Interplay had not met the terms and conditions of the licensing contract. The case was decided in favor of Bethesda. The MMORPG got as far as beta stage under Interplay, and it is not currently known whether Bethesda plans to develop a FalloutMMO.