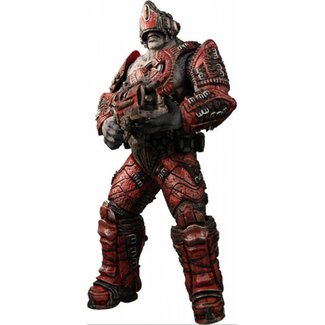 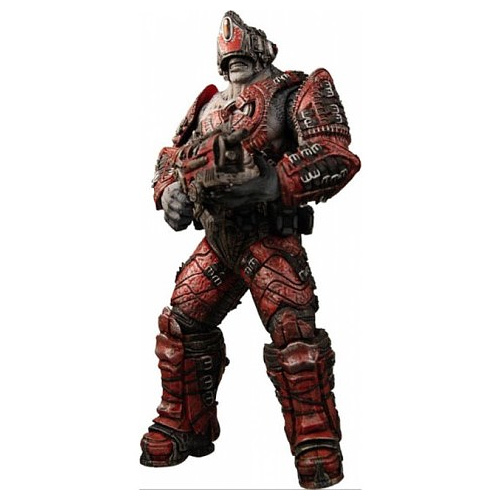 Gears of War is a 2006 military science fiction third-person shooter video game developed by Epic Games and published by Microsoft Game Studios. It is the first installment of the Gears of War series. It was initially released as an exclusive title for the Xbox 360 in November 2006 in North America, Australia, and most of Europe. A Microsoft Windows version of the game was developed in conjunction with People Can Fly and released a year later, featuring new content including additional campaign levels, a new multiplayer game mode, and Games for Windows – Live functionality.

The game focuses on the troops of Delta Squad as they wield a desperate, last-ditch attempt to save the remaining human inhabitants of the fictional planet Sera from a relentless and seemingly unstoppable subterranean enemy known as the Locust Horde. The player assumes the role of Marcus Fenix (but can also play as Dominic Santiago), a former prisoner and war-hardened soldier. The game is based on the use of cover and strategic fire for the player to advance through the scenarios; a second player can play cooperatively through the main campaign to assist. The game also features several online multiplayer game modes for up to eight players.

Gears of War sold over three million copies in ten weeks and was the fastest-selling video game of 2006 as well as the second-most played game over Xbox Live during 2007. The game has since sold over five million copies by September 2008 and it currently stands as the 5th best selling Xbox 360 game. The game received universal critical acclaim by critics, who praised its gameplay and detailed visuals, and it won several "Game of the Year" awards in 2006. The success of the game has led to the development of the Gears of War franchise. Currently three sequels have been made, starting with 2008's Gears of War 2, its follow-up 2011 Gears of War 3 after having initially been set to have been released on April 5, 2011, and 2013's Gears of War: Judgment. Adaptations to books and comics have been released, with a film in development.