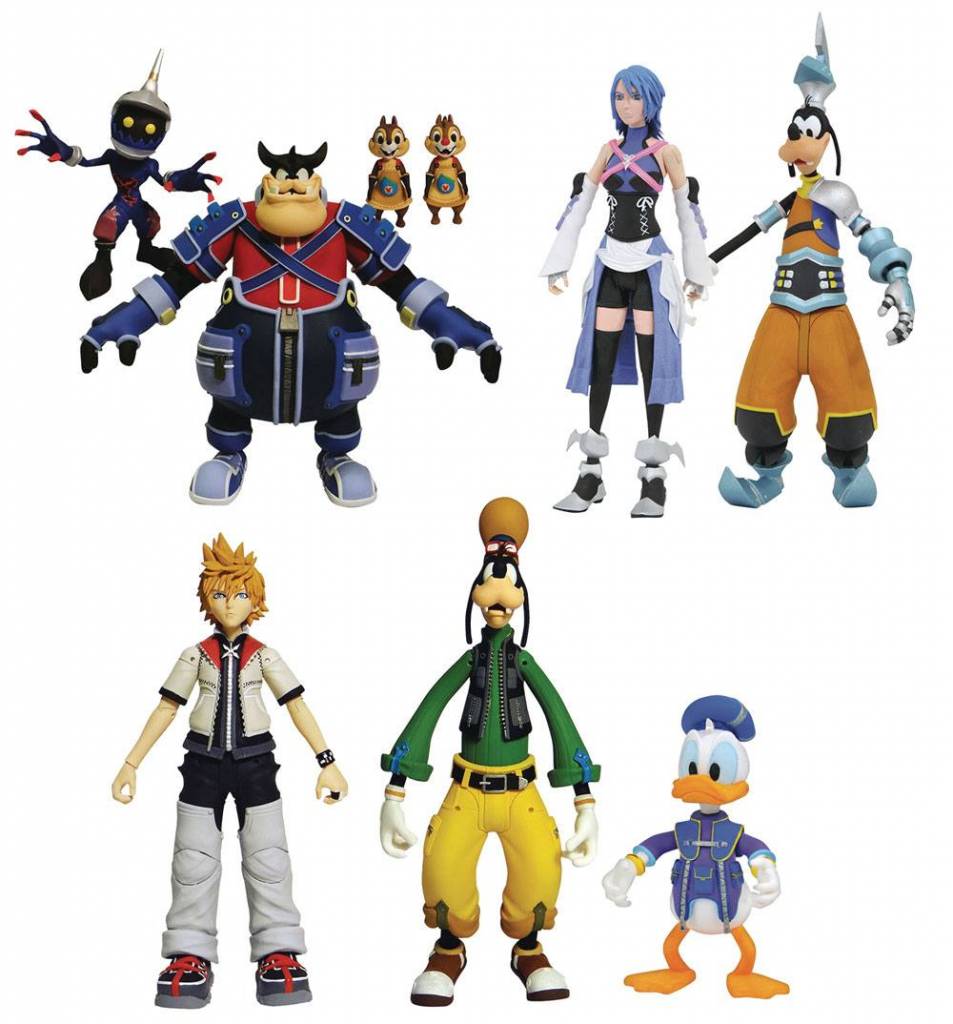 Kingdom Hearts(Japanese: キングダムハーツ Hepburn: Kingudamu Hātsu) is an action role-playing video game developed and published by Square for the PlayStation 2 video game console. It is the first game in the Kingdom Hearts series, and is the result of a collaboration between Square and The Walt Disney Company. The game combines characters and settings from Disney animated features with those from Square's Final Fantasy series. It follows the adventures of Sora, a cheerful teenager who fights against the forces of darkness. He is joined by Donald Duck, Goofy and other classic Disney characters who help him on his quest.

The game was a departure from Square's standard role-playing games, introducing a substantial action and hack and slash element to the gameplay. Kingdom Hearts has an all-star voice cast and includes many of the Disney characters' official voice actors. It was longtime Square character designer Tetsuya Nomura's first time in a directorial position.

Kingdom Hearts was praised for its unusual combination of action and role-playing, as well as its unexpectedly harmonious mix of Square and Disney elements. It was a large presence in the 2002 holiday season, receiving numerous year-end game awards, and went on to achieve Sony "Greatest Hits" status. The Kingdom Hearts series has sold over 20 million copies worldwide, and the first game prompted numerous sequels. Kingdom Hearts is the tenth best-selling PlayStation 2 game of all time, the most commercially successful entry in the series to date, and is considered to be one of the greatest video games of all time.