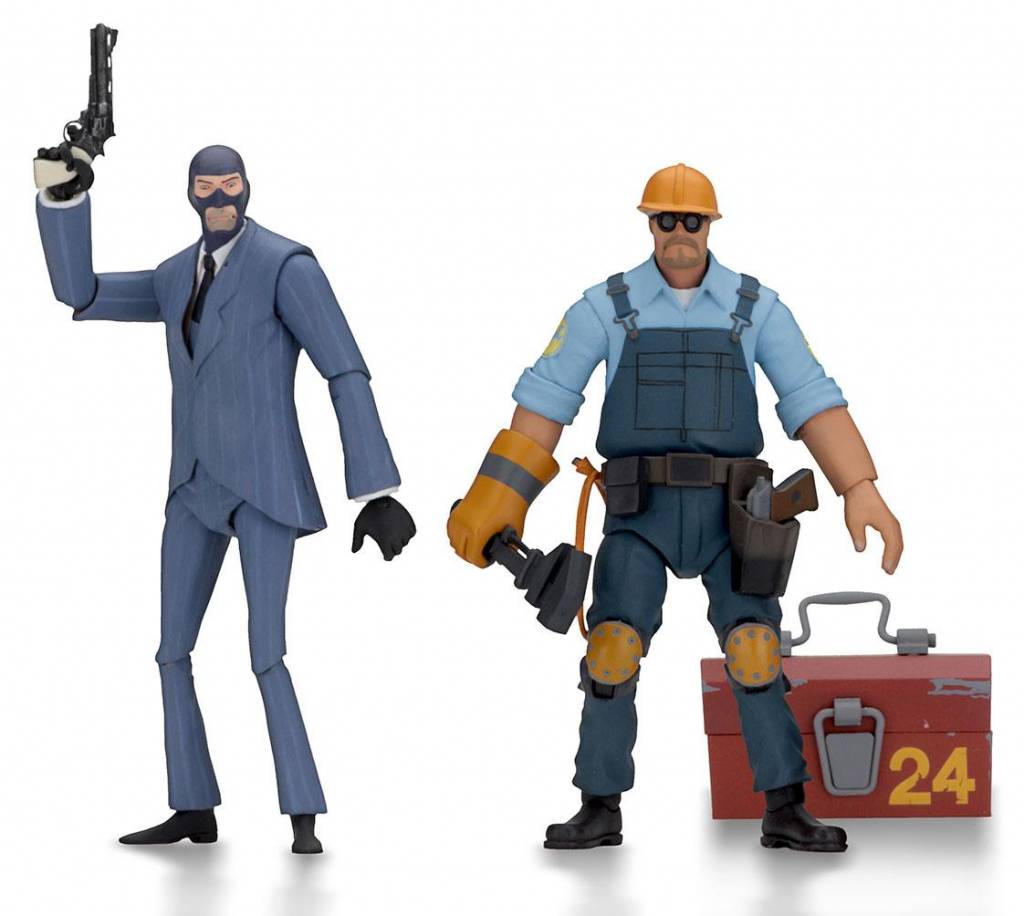 Team Fortress 2 (TF2) is a team-based multiplayer first-person shooter video game developed and published by Valve Corporation. It is the sequel to the 1996 mod Team Fortress for Quake and its 1999 remake, Team Fortress Classic. It was released as part of the video game bundle The Orange Box in October 2007 for Microsoft Windows and the Xbox 360. A PlayStation 3 version followed in December 2007. The game was released for Windows as a standalone entry in April 2008, and was updated to support OS X in June 2010 and Linux in February 2013. It is distributed online through Valve's digital retailer Steam, with retail distribution being handled by Electronic Arts.

In Team Fortress 2, players join one of two teams comprising nine character classes, battling in a variety of game modes including capture the flag and king of the hill. The development is led by John Cook and Robin Walker, creators of the original Team Fortress. Announced in 1998, the game once had more realistic, militaristic visuals and gameplay, but this changed over the protracted nine-year development. After Valve released no information for six years, Team Fortress 2 regularly featured in Wired News' annual vaporware list among other ignominies. The finished Team Fortress 2 has cartoon-like visuals influenced by the art of J. C. Leyendecker, Dean Cornwell, and Norman Rockwell, and uses Valve's Source game engine.

Team Fortress 2 received critical acclaim for its art direction, gameplay, humor, and use of character in a multiplayer-only game. Valve continues to release new content, including maps, items and game modes, as well as community-made updates and contributed content. In June 2011, it became free-to-play, supported by microtransactions for in-game cosmetics. A 'drop system' was also added and refined, allowing free-to-play users to periodically receive game equipment and items by use of a random number generator. Though the game had an unofficial competitive scene for many years, support for official competitive play through ranked matchmaking and an overhauled casual experience was added in July 2016.