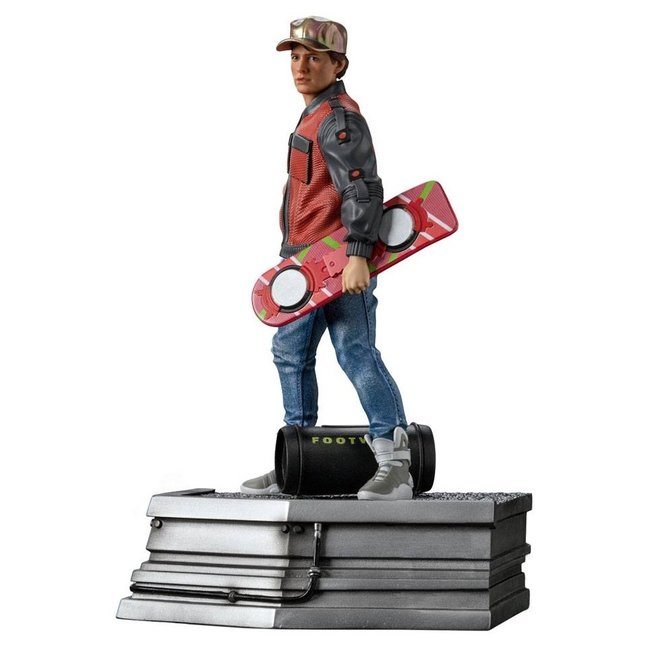 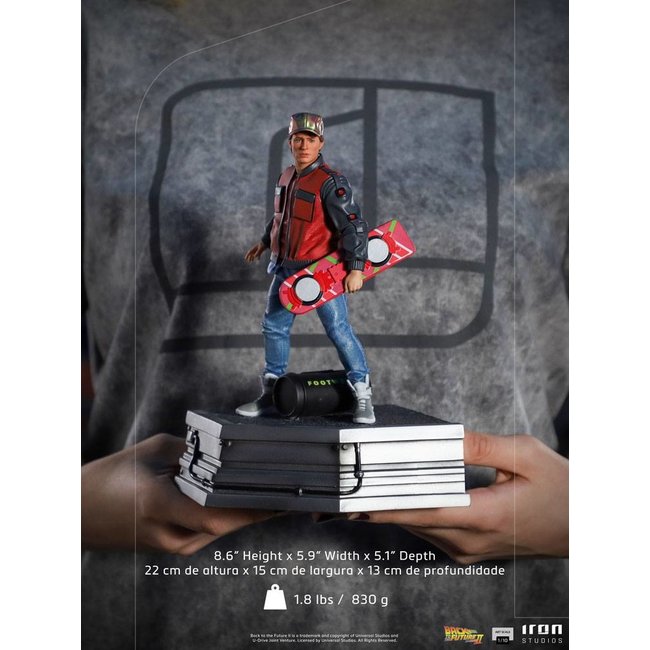 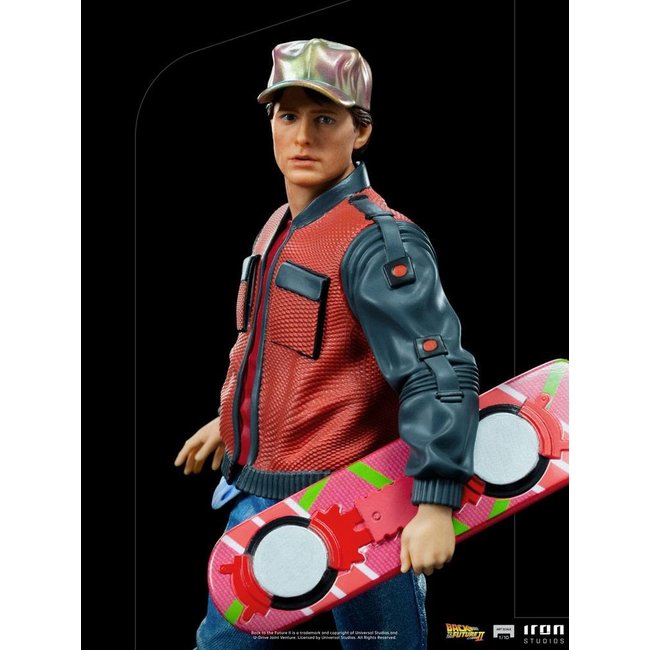 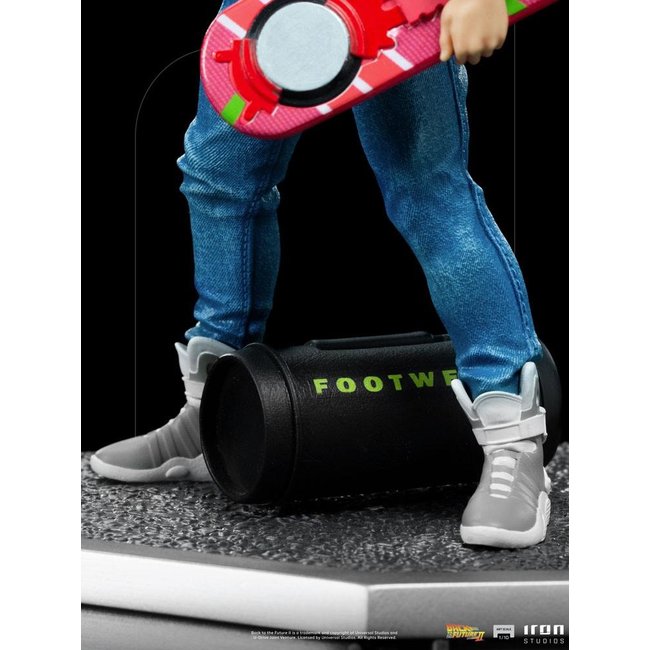 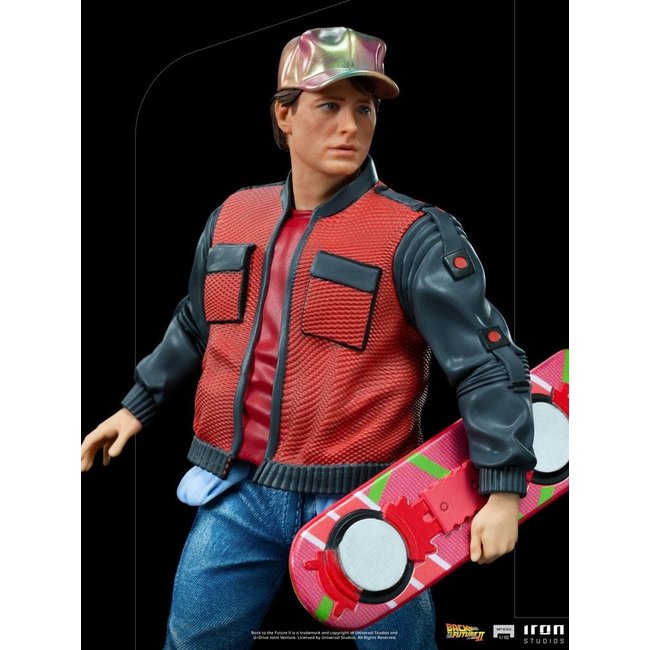 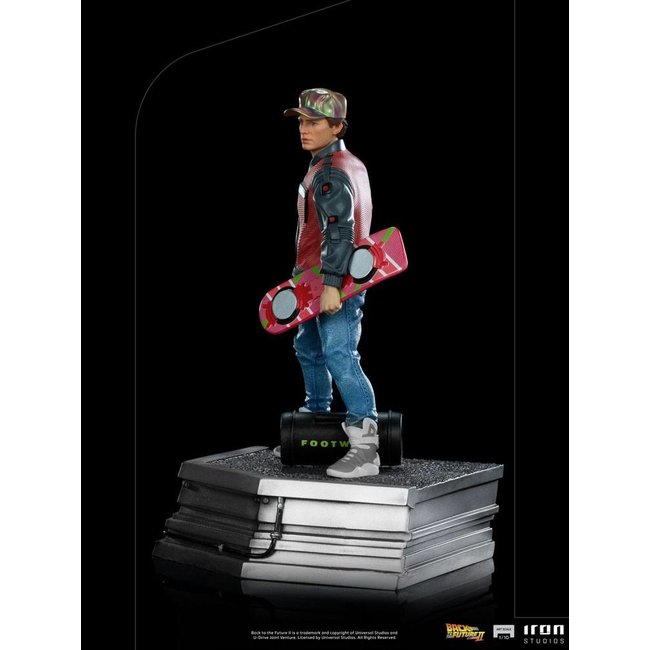 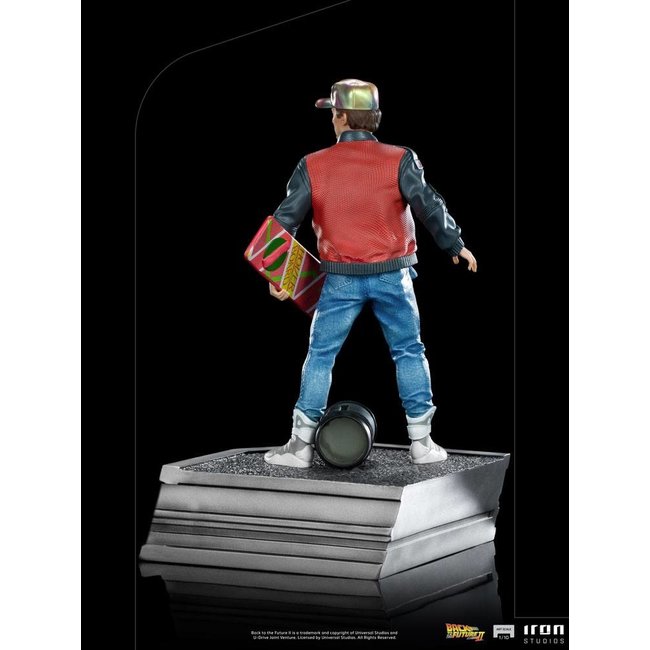 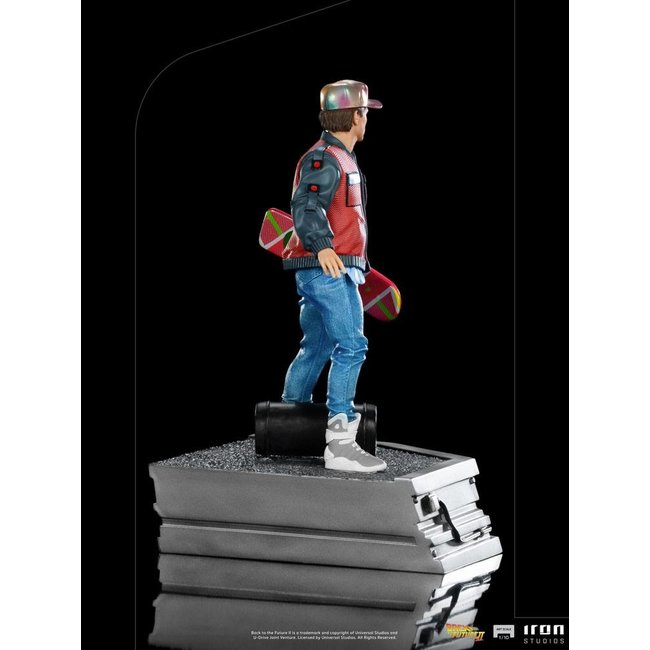 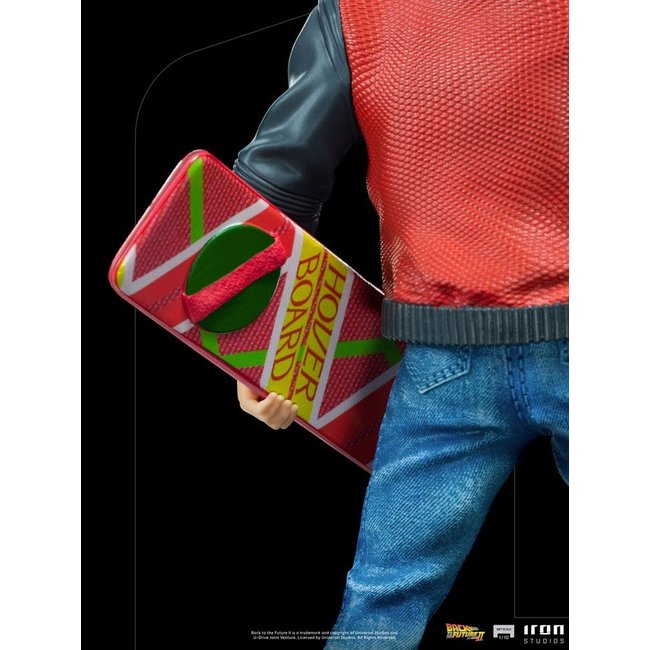 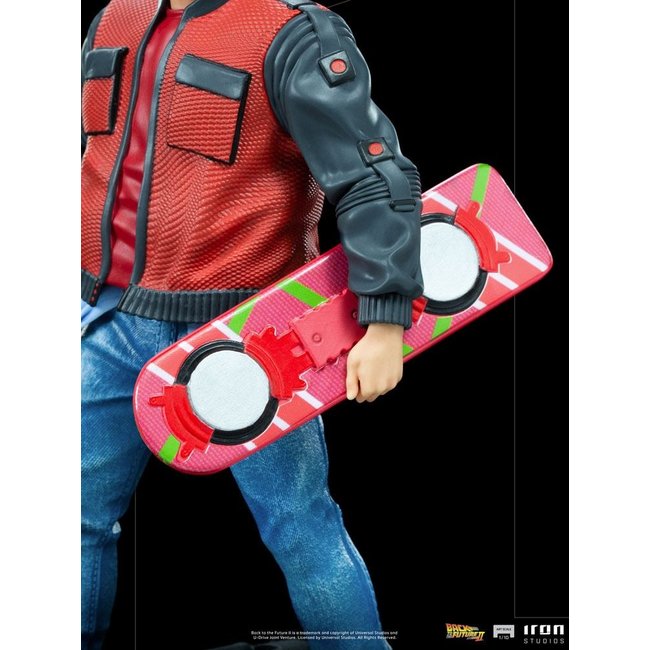 This is a pre-order item, you can order this item. Expected release date is September 2022 (subject to change)

The young adventurer is properly dressed in futuristic automated clothes, such as a self-adjusting, self-drying jacket, and the much-desired sneaker, which is also self-adjusting. The young man arrives in the future wearing a bright iridescent cap and holding in his hands a floating board, similar to a skateboard, called Hoverboard. All these accessories were given by his best friend, Dr. Brown, so that he could be dressed according to that time and fulfill the mission of preventing his son from being incarcerated. Added to the diorama scenario created by Iron Studios, the statue "Marty McFly in Alley - Back to the Future Part II - Art Scale 1/10" has at its base, at the feet of the figure, the tube-shaped backpack that contained his futuristic costume.

This statue is part of the diorama scenario "DeLorean Full Deluxe Set - Back to the Future Part II - Art Scale 1/10", which features the young Marty McFly and his friend Dr. Emmett Brown, newcomers to the hypothetical future year of 2015. Wearing their futuristic special outfits so they can go unnoticed, they plan their next steps right next to their iconic time-shift vehicle, the iconic Delorean Time Machine, which floats above the base of a street in the city of Hill Valley in the future.

- Limited edition
- Based on original references
- Made in Polystone
- Hand painted 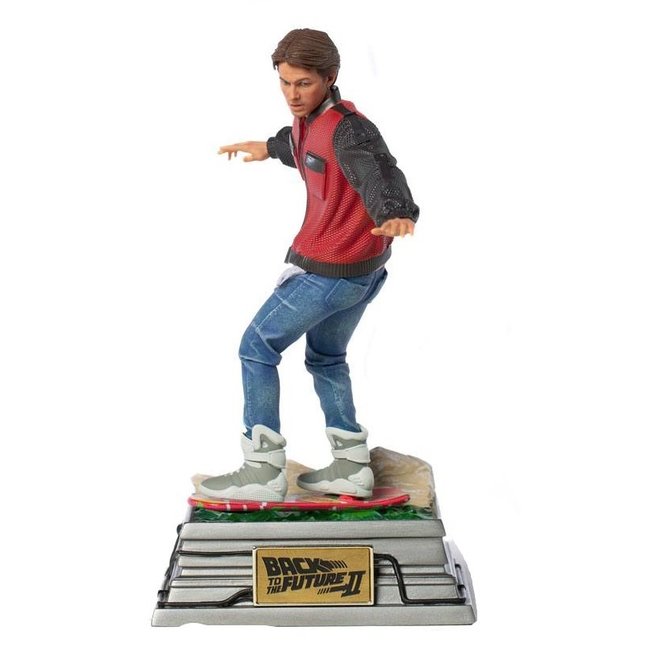 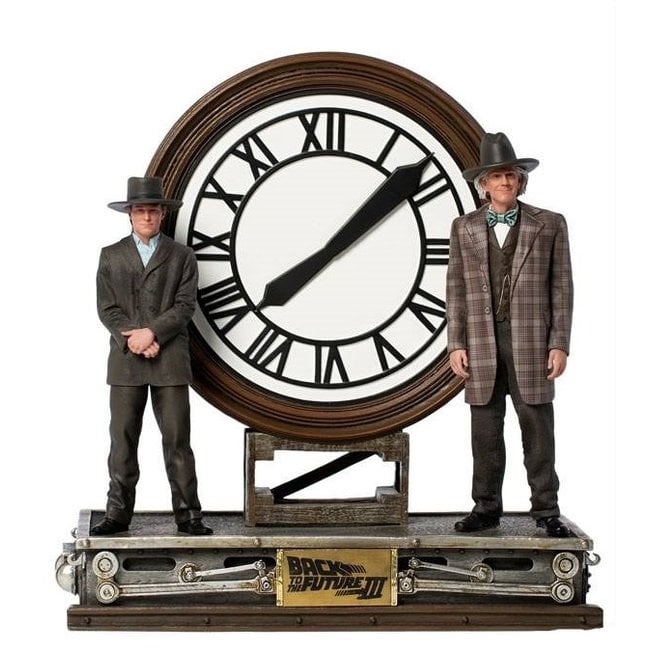 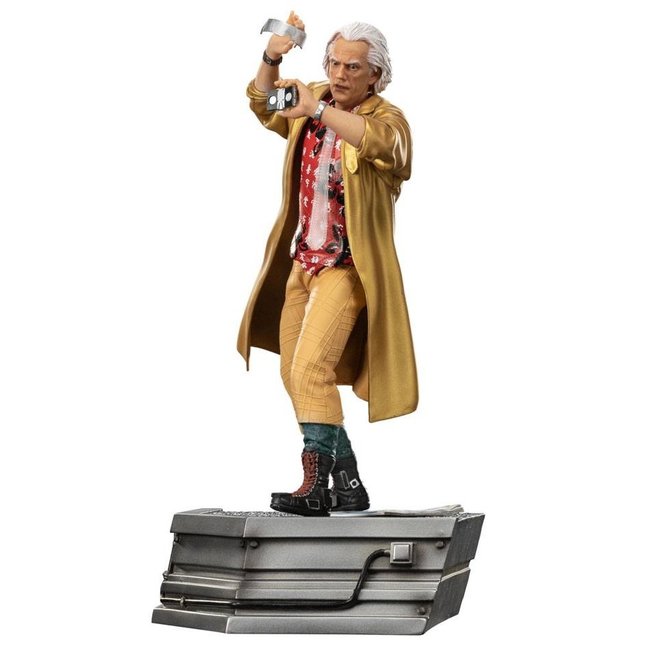 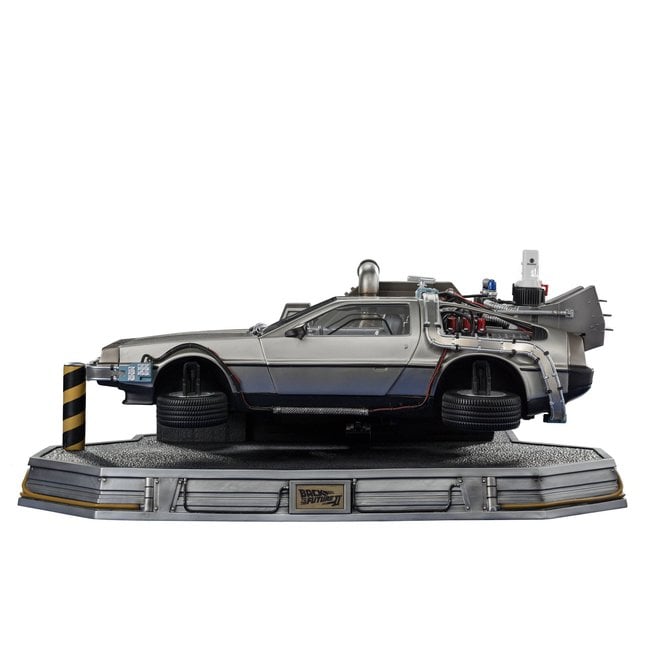 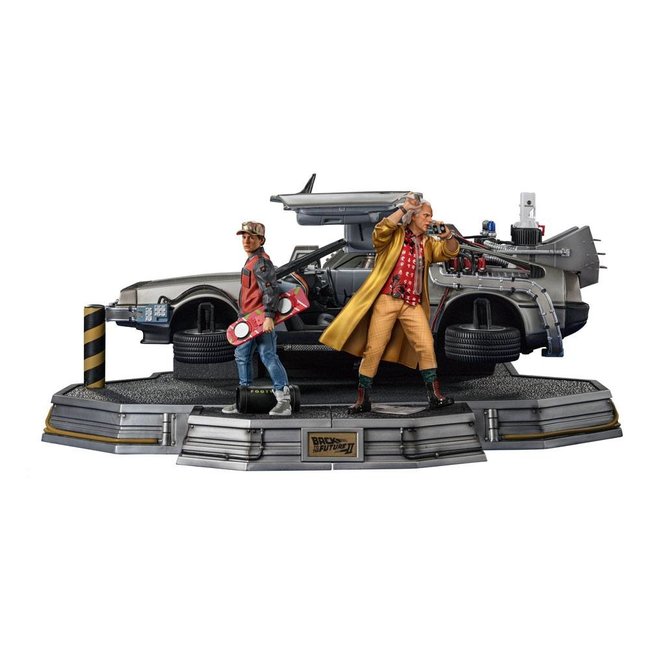