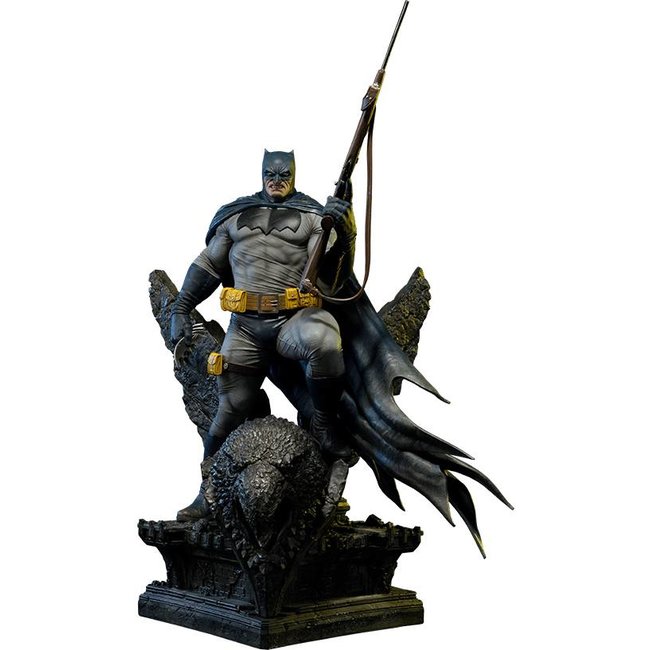 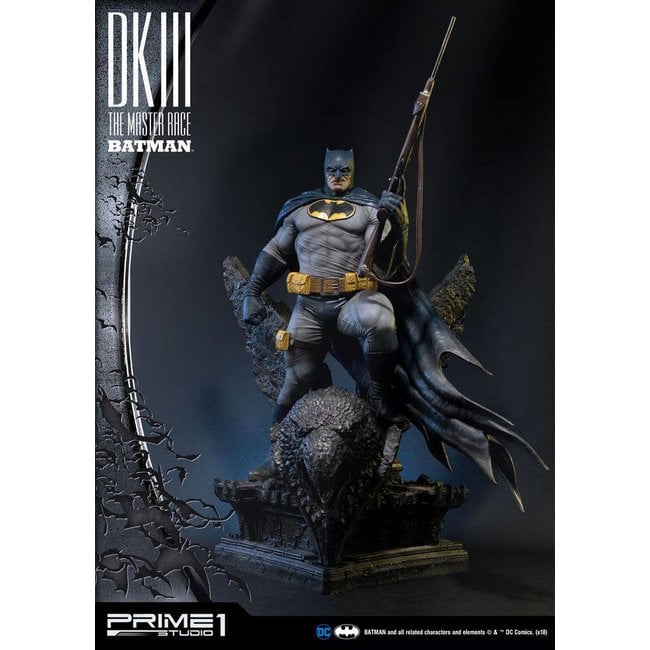 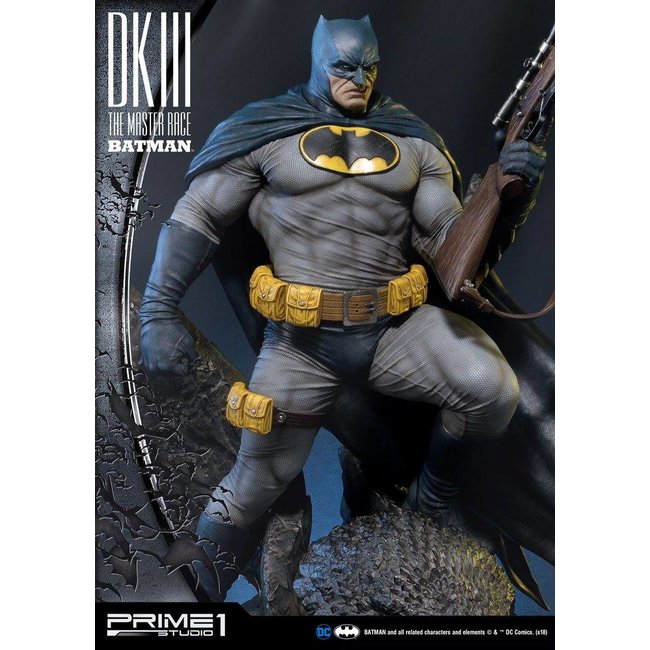 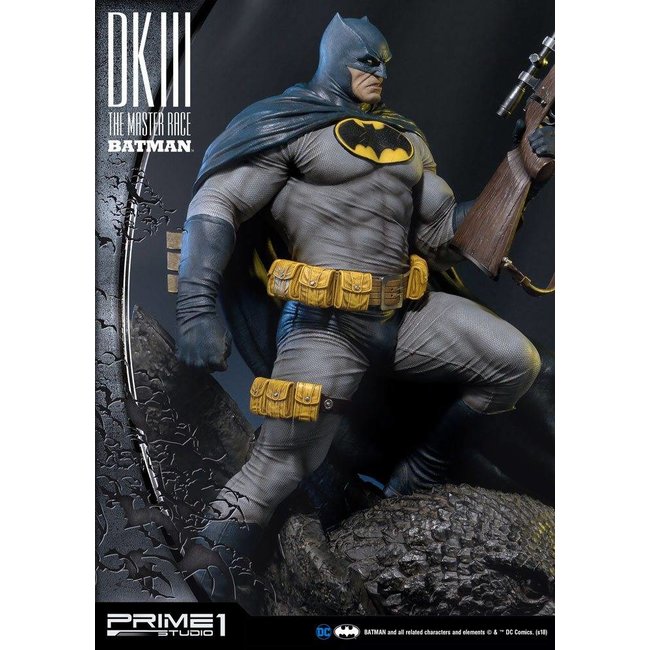 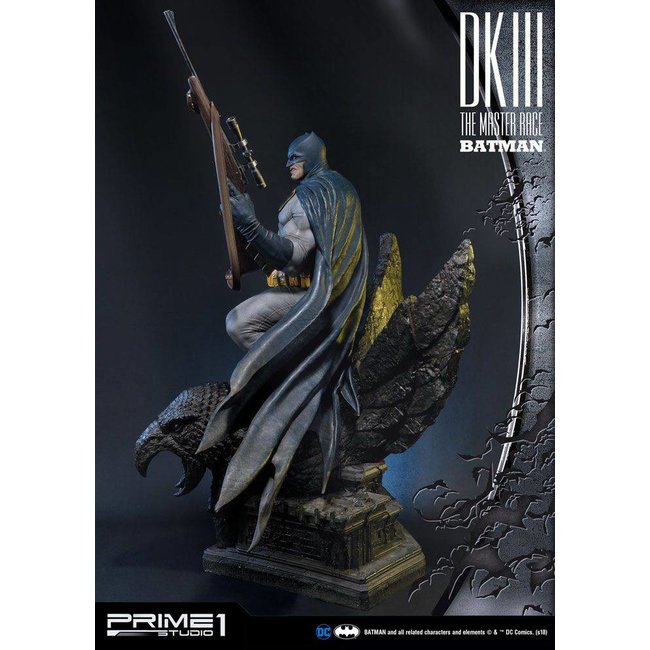 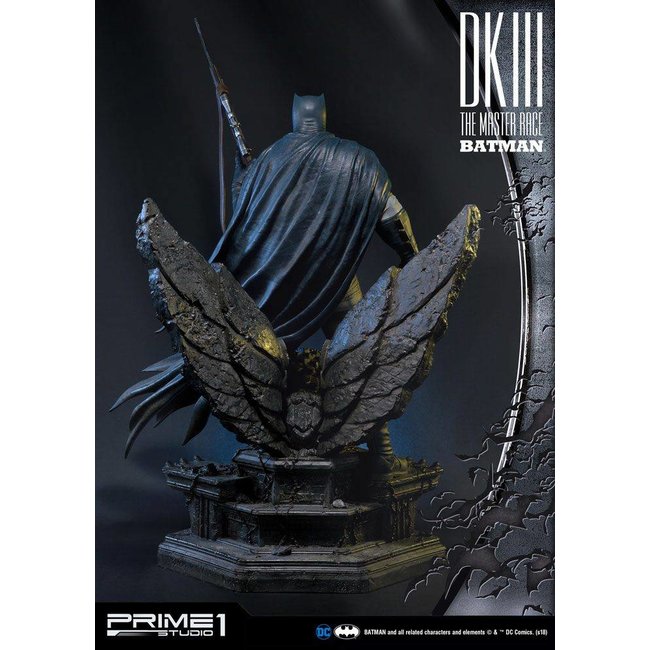 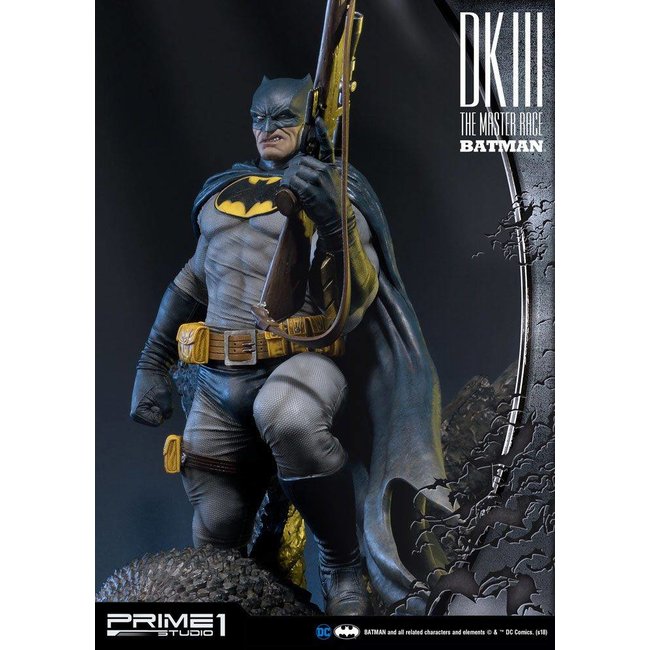 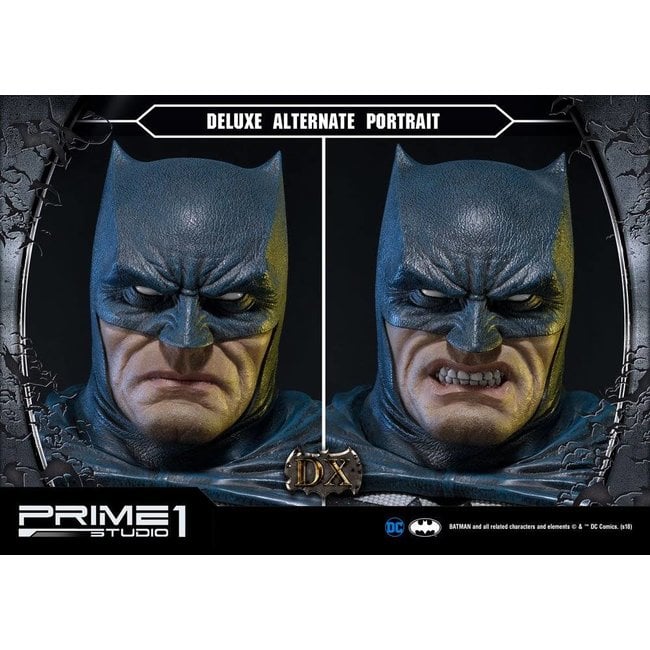 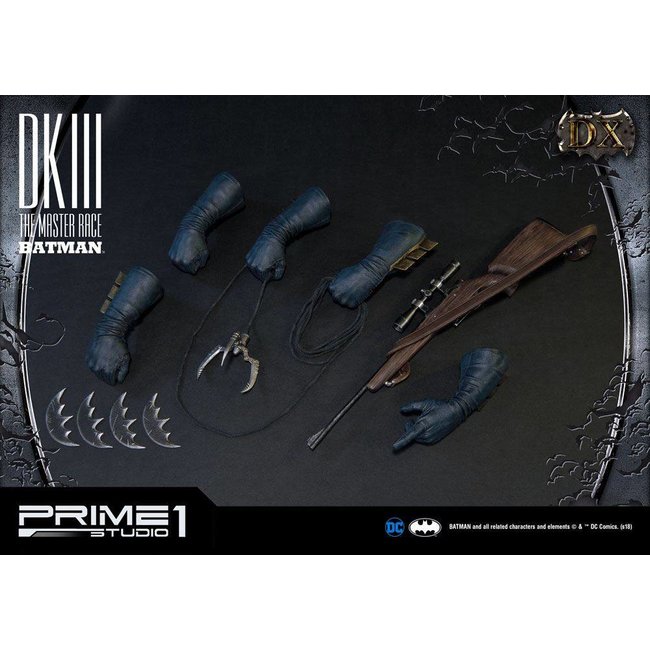 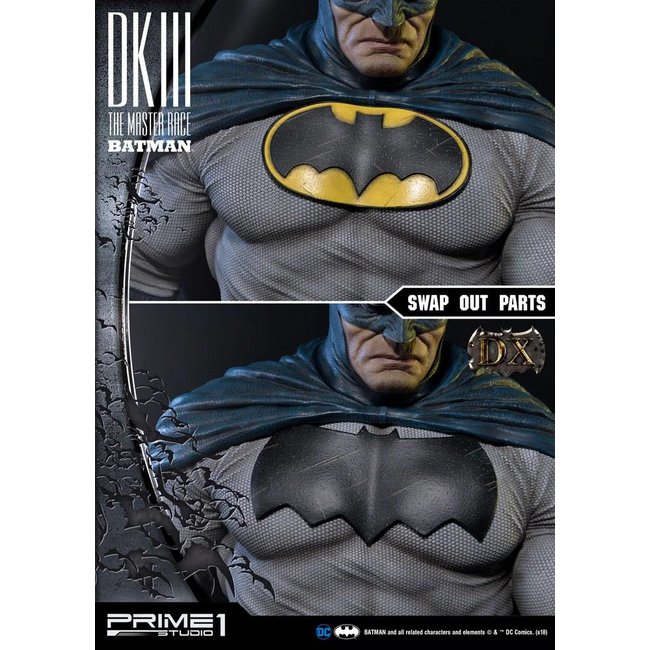 (In stock at supplier mail for availability)
Only delivery in the Netherlands!!

Prime 1 Studio is proud to present 1/3 scale MMDCDK3-01: Batman from The Dark Knight III: The Master Race. The Dark Knight III: The Master Race, also stylized as DK III: The Master Race, is a nine-issue DC Comics limited series co-written by Frank Miller and Brian Azzarello and illustrated by Miller, Andy Kubert and Klaus Janson. It has been 3 years since Batman was last active. In that time, most believe that he is gone or dead, rejecting the idea that he would ever come back. They were wrong. A photo of what appears to be Batman is taken, showing him mercilessly taking down cops who were going to shoot an unarmed boy. The media of course blows up, all that is talked about is the return of the Batman. The series is a sequel to Miller's 1986 Batman miniseries, continuing the story of an aged Bruce Wayne resuming his identity as a crimefighter, aided by his sidekick Carrie Kelley (Robin) and featuring an ensemble of DC Universe characters including Superman, Green Lantern and Wonder Woman. 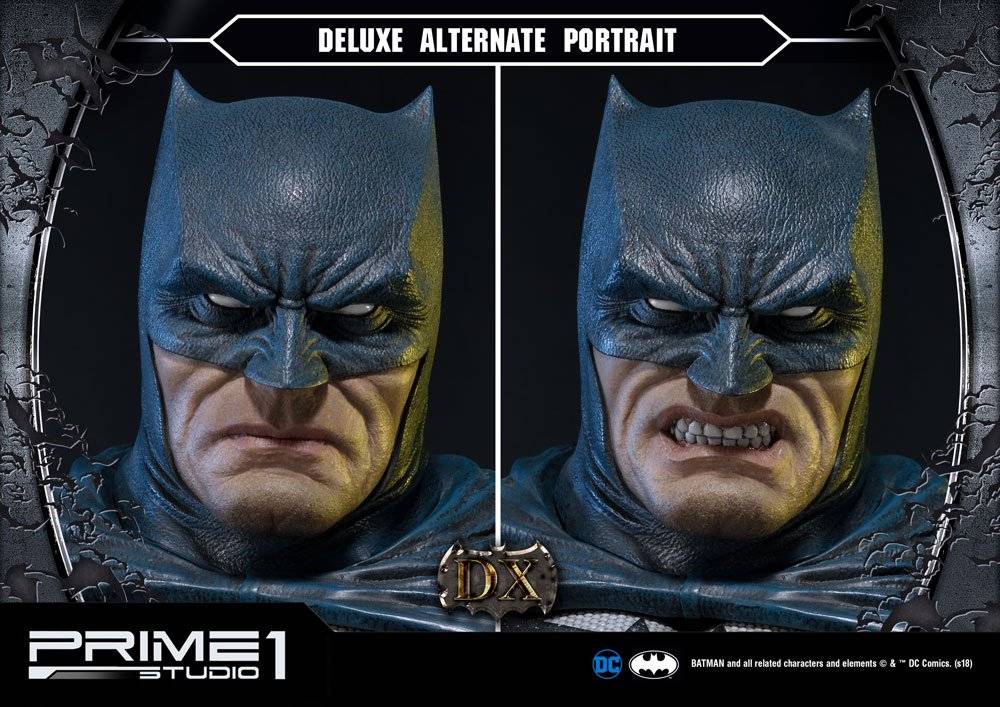 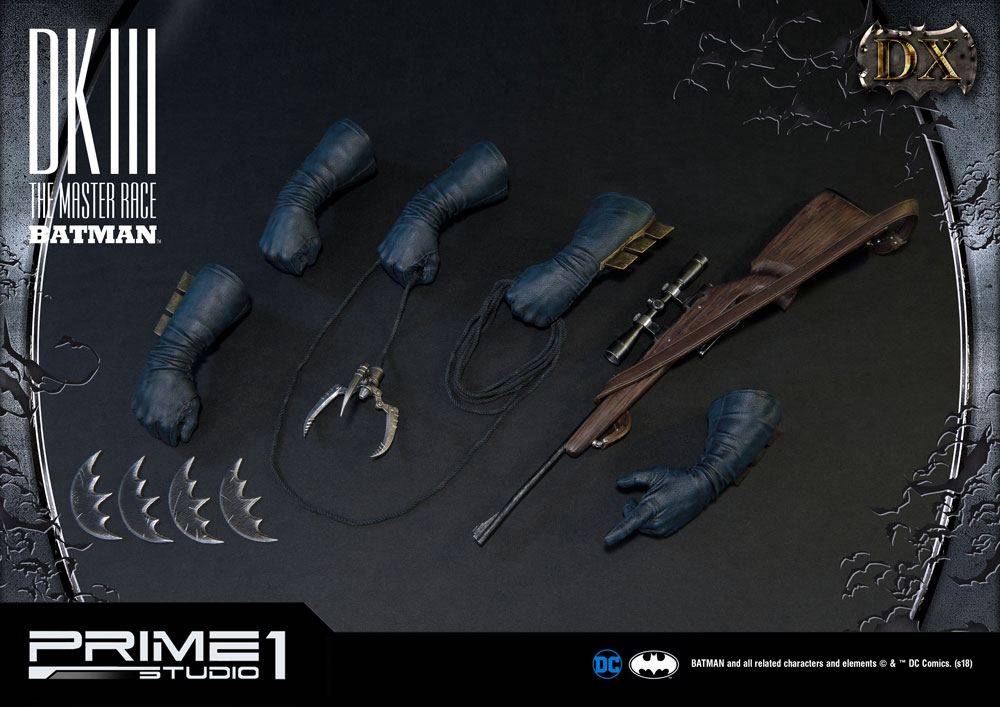 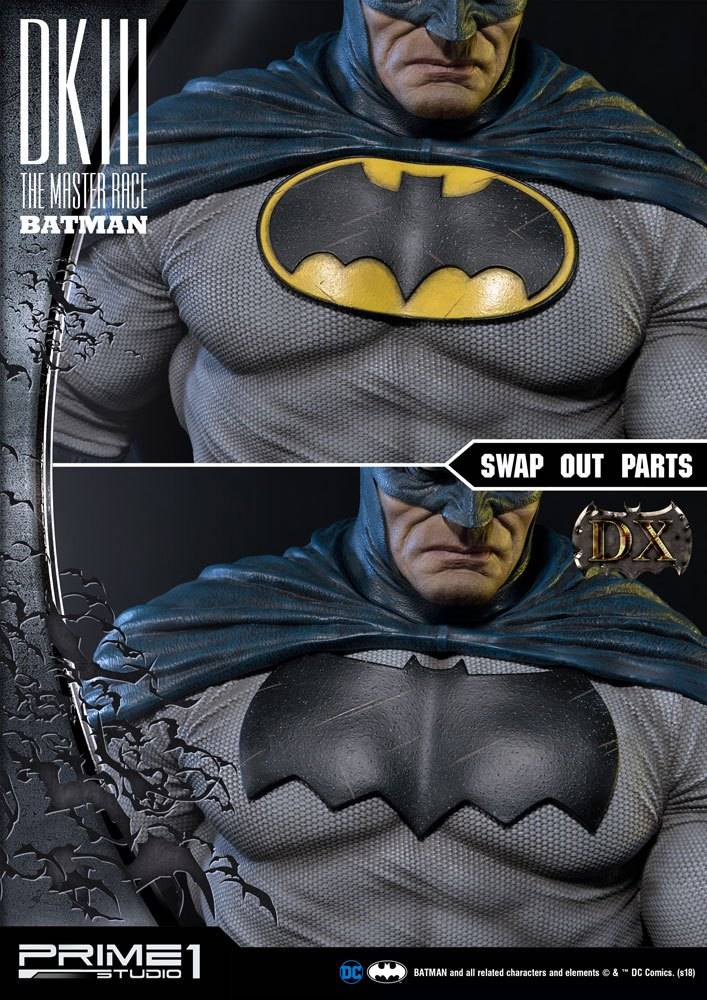 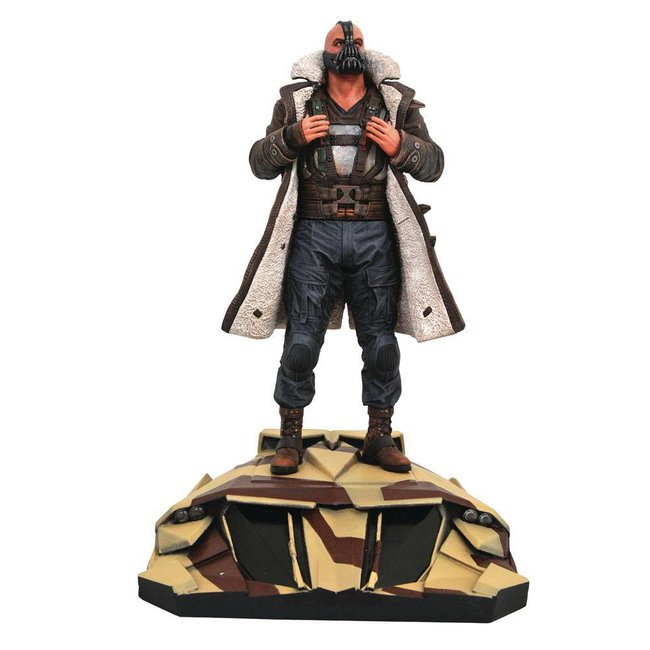 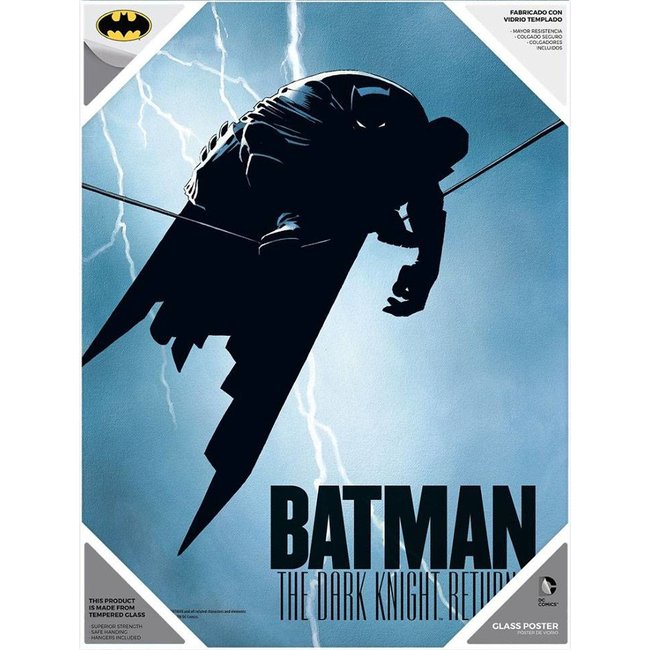