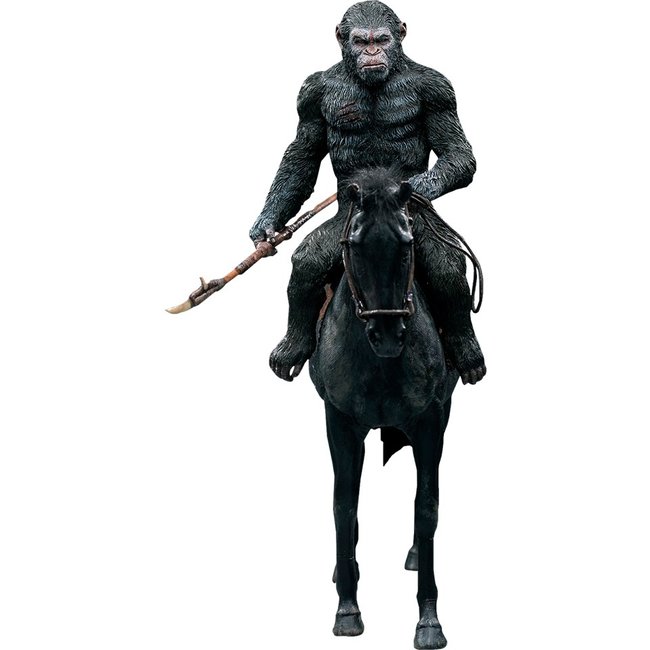 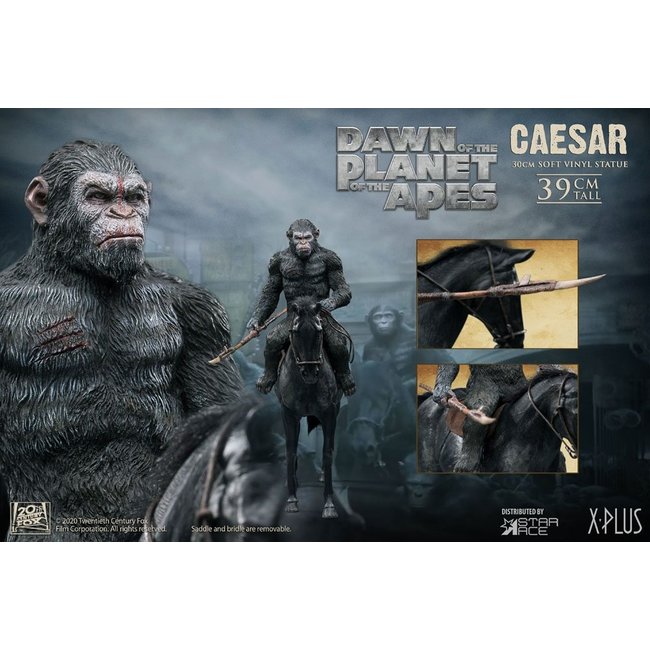 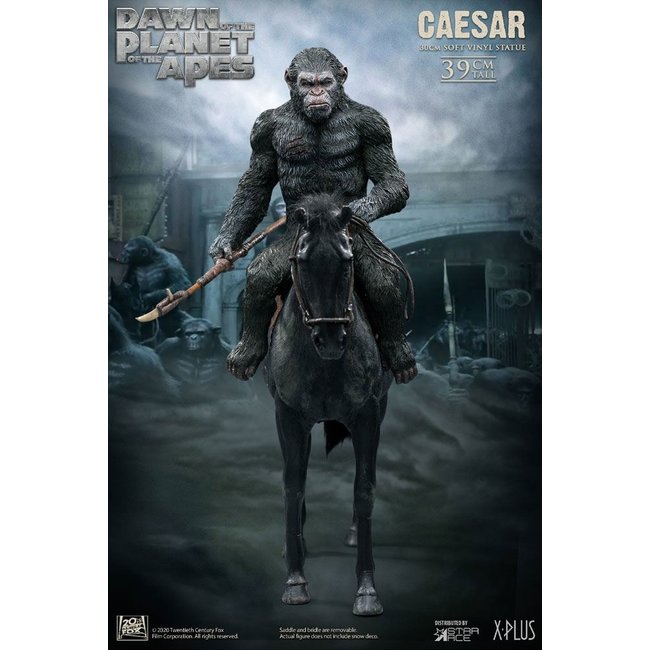 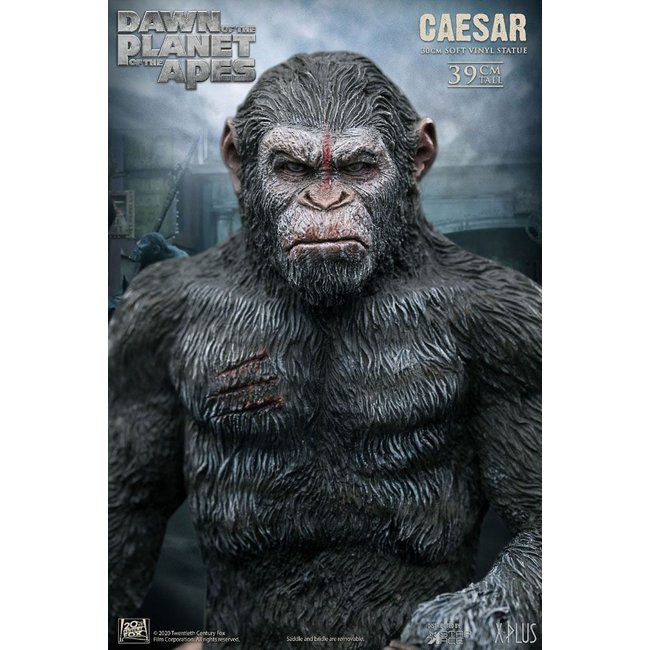 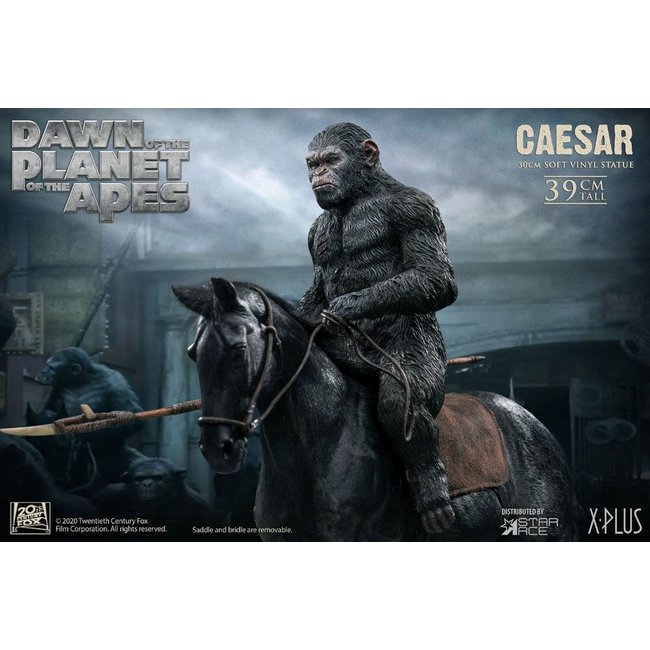 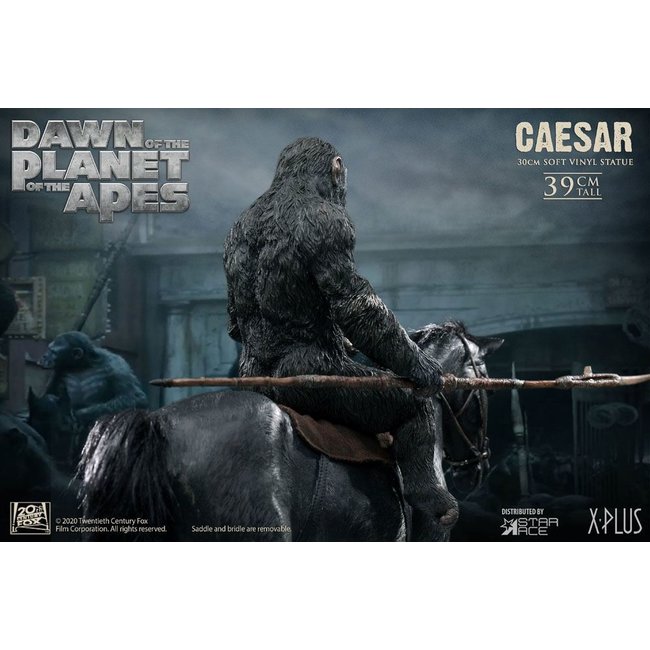 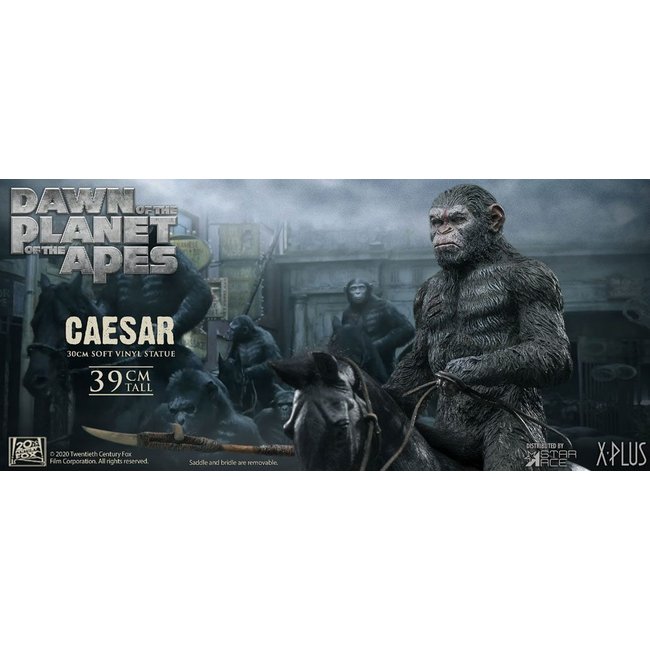 This Star Ace figure of Caesar sits on his horse, ready to go into battle. He comes in two versions - the Dawn of the Planet of the Apes version with a rifle strapped to his back and the War of the Planet of Apes version has Caesar wearing battle paint and carrying a spear. Each horse features a removeable saddle and bridle as seen in the respective films.

This statue of polyresin and soft vinyl is approximately 39 cm tall to the top of Caesar’s head while mounted on the horse. It features a detailed, authentic likeness to Caesar in the films and is meticulously hand painted.

The horse is also available separately with both saddles. 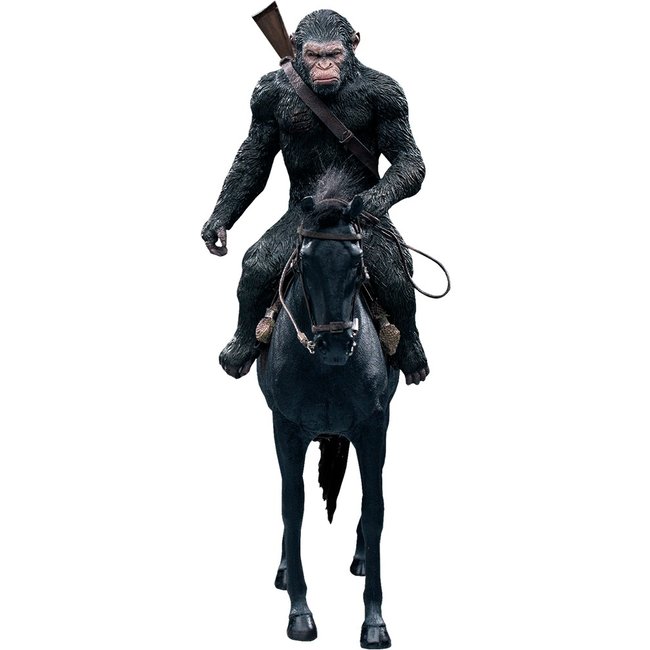