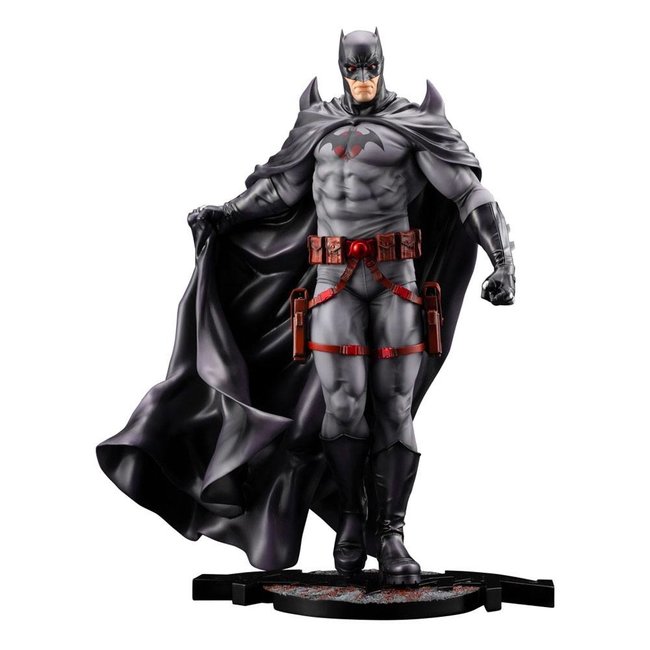 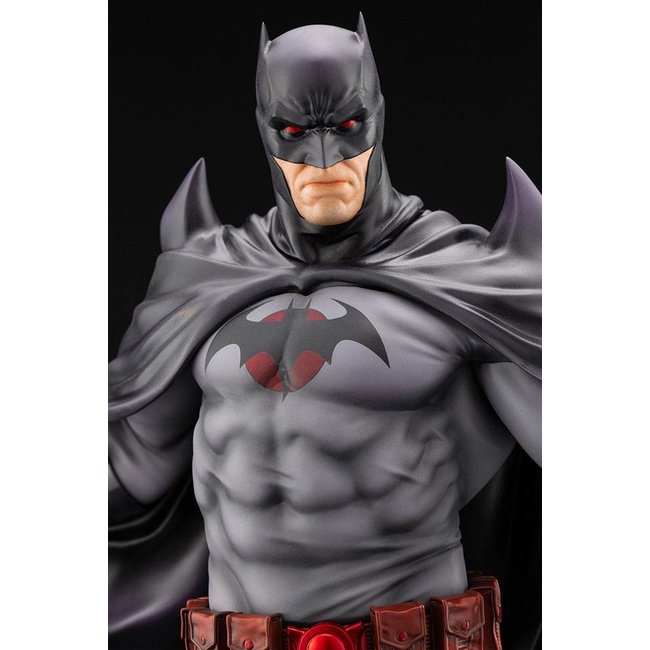 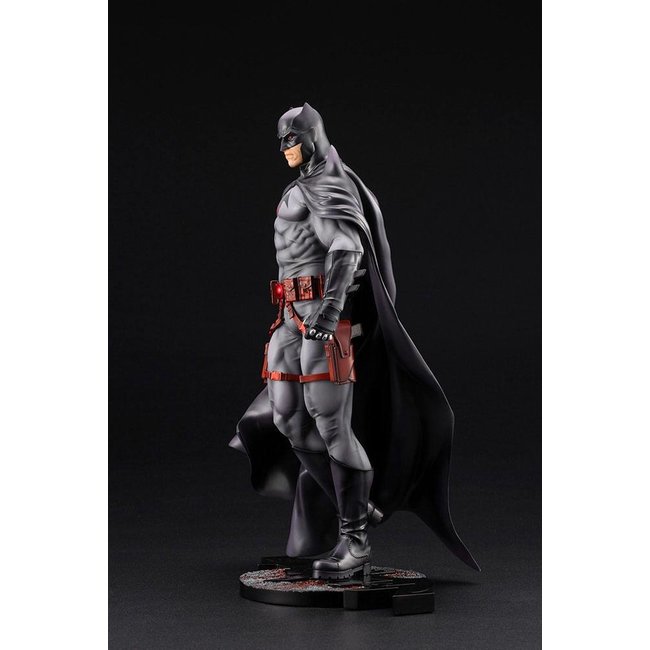 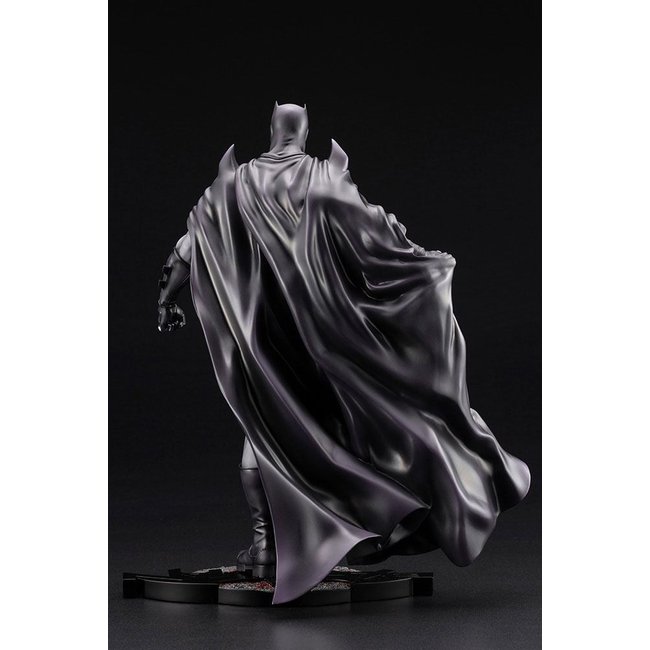 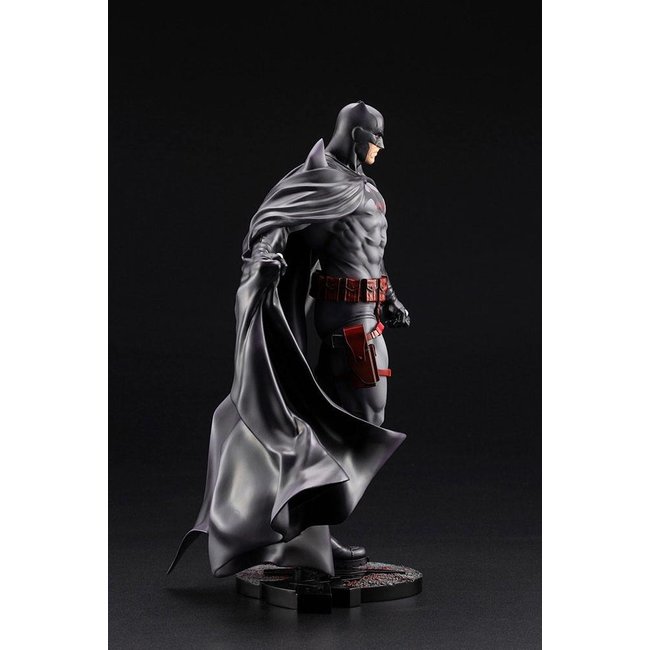 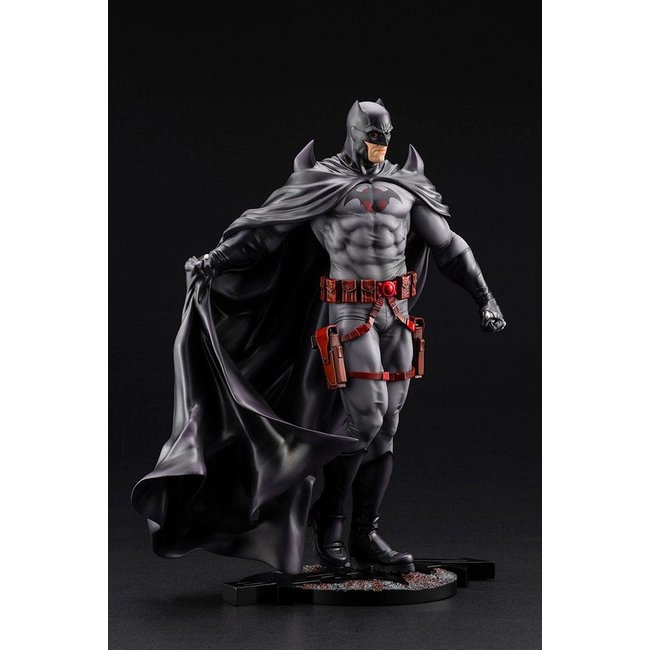 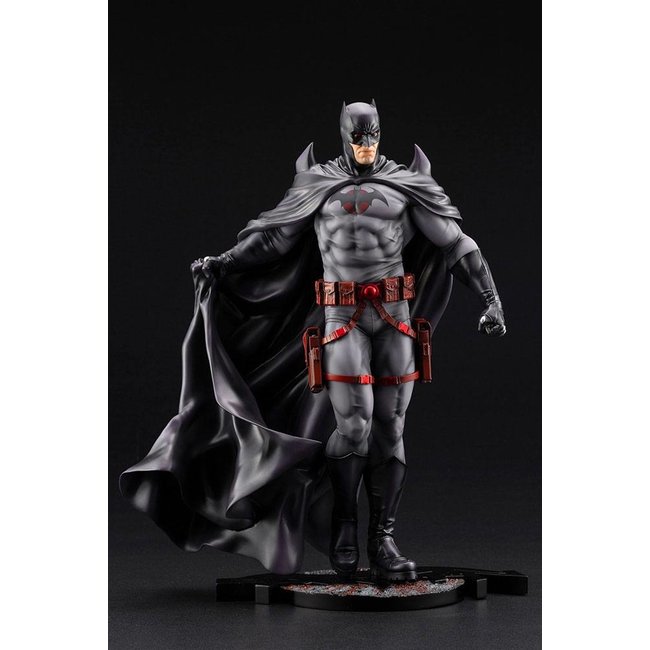 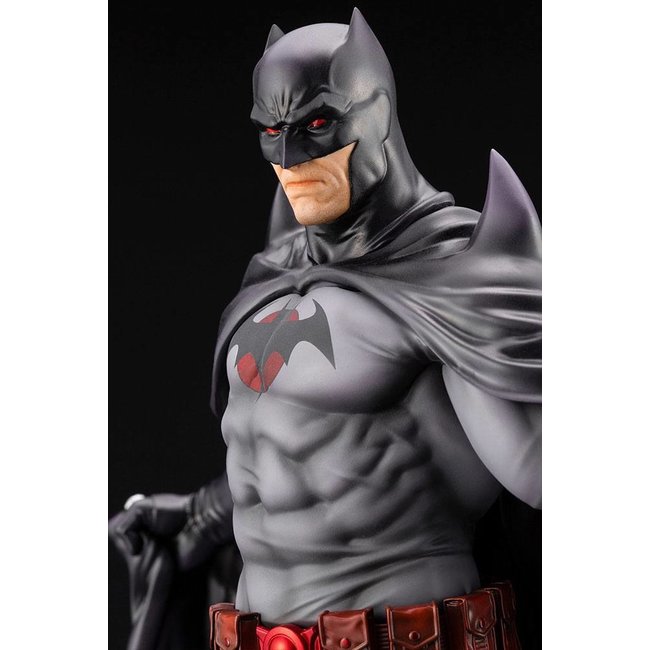 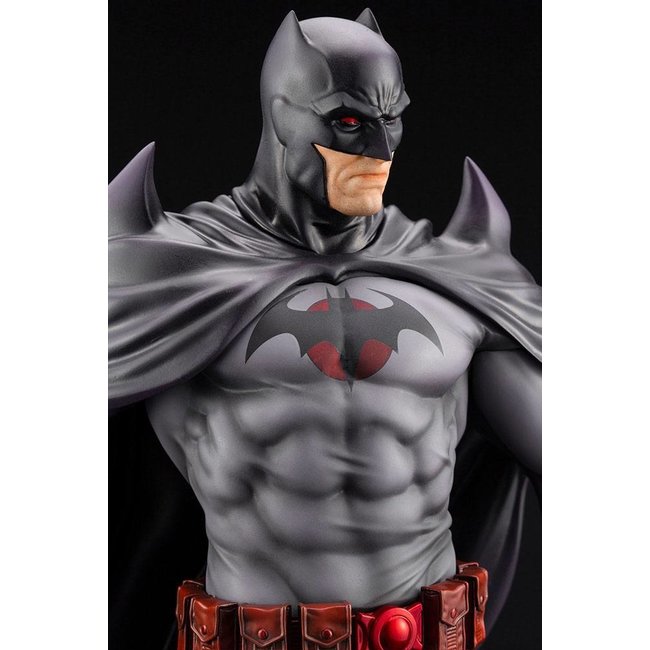 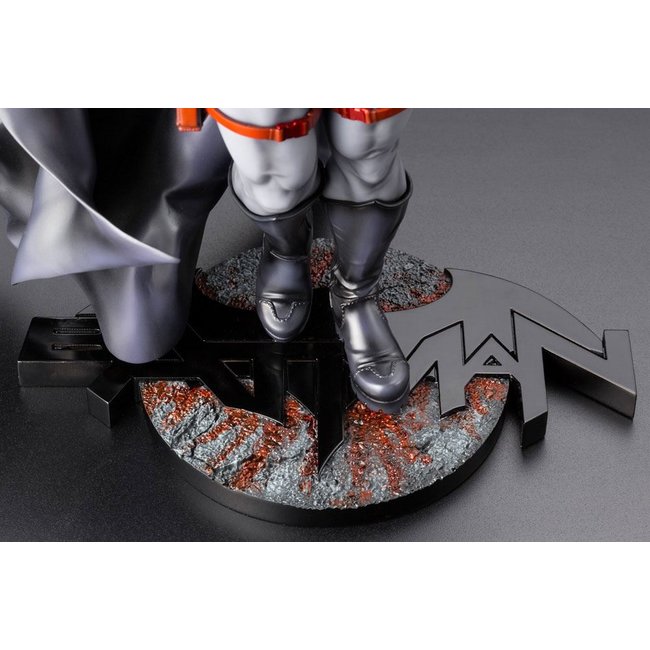 This is a pre-order item, you can order this item. Expected release date is May 2021 (subject to change)

The Flashpoint comic book crossover story arc that was released in 2011 by DC Comics ended in a surprising climax...

What if the one who was killed by the robber - the infamous scene that marks the birth of Batman - was actually Bruce Wayne rather than his father...? This rendition of Batman showcases Thomas Wayne from the alternate timeline of Flashpoint as he tries to get his revenge after losing his own son.

With the red circle behind the bat symbol and the red holster that holds his gun he uses to mercilessly fight against criminals are all elements that add a vivid color and accent to the dark-toned costume, instilling fear in his enemies.

The pose shows a father who is full of determination as he can be seen walking toward the light.

This 1/6 scale (33 cm tall) statue brings to life the very essence of the question "what if..." for Batman from this alternative arc. 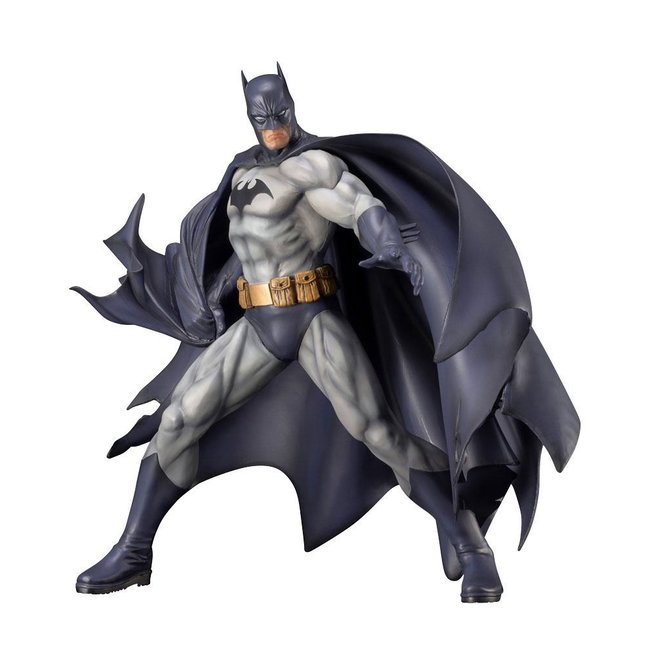 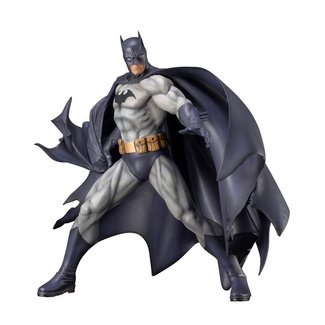