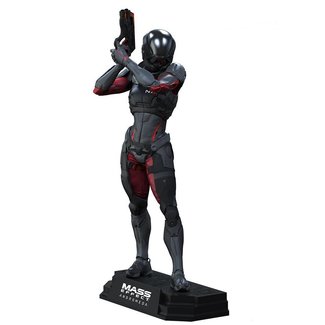 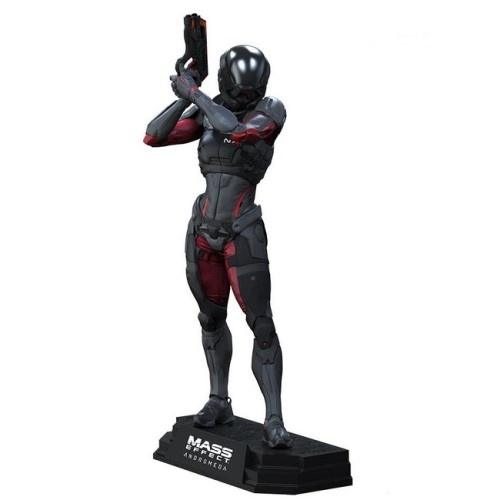 Mass Effect 2 is an action role-playing video game developed by BioWare and published by Electronic Arts. It was released for Microsoft Windows and Xbox 360 on January 26, 2010, and for PlayStation 3 on January 18, 2011. Mass Effect 2 is the second installment of the Mass Effect series and a sequel to the original Mass Effect. The game takes place within the Milky Way galaxy during the 22nd century, where humanity is threatened by an insectoid species known as the Collectors. The player assumes the role of Commander Shepard, an elite human soldier who must construct and gain the loyalty of a diverse team in order to defeat the enemy in a suicide mission. With the use of a completed saved game of its predecessor, the player can impact the story of the game in numerous ways.

For the game, BioWare changed several gameplay elements and put further emphasis on third-person shooter aspects, including limited ammunition and regenerable health. In contrast to the exclusive focus on the main story of the original Mass Effect, the developers opted to create a plot where optional missions had as much intensity as the main mission. Mass Effect composer Jack Wall returned to compose Mass Effect 2 's music, aiming for a darker and more mature sound to match the mood of the game. Mass Effect 2 also supports a variety of downloadable content packs that were released from January 2010 to May 2011. The downloadable content ranges from single in-game character outfits to entirely new plot-related missions. Notable packs include Overlord, Lair of the Shadow Broker, and Arrival.

Mass Effect 2 was a commercial success and received considerable acclaim from video game publications. At the review aggregate websites GameRankings and Metacritic, the Xbox 360 version holds an average review score of 95.77% and 96 out of 100 respectively. Critics praised multiple aspects of the game, including its interactive storytelling, characterization, and combat. In contrast, some reviewers expressed concerns about the game's simplified gameplay compared to the previous game in the series. The game received numerous year-end awards, including Game of the Year at the 14th Annual Interactive Achievement Awards, and Best Game at the 2011 British Academy of Film and Television Arts Awards. A sequel, Mass Effect 3, was released in 2012.