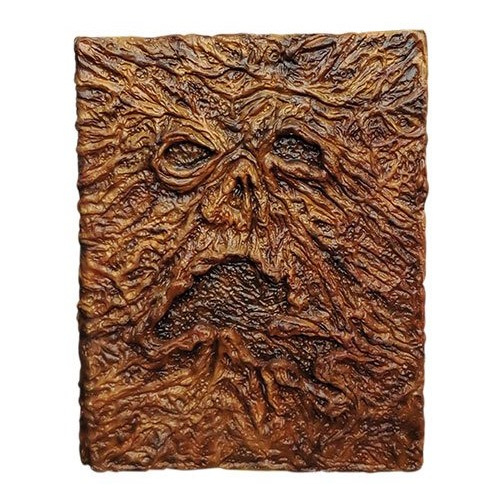 Evil Dead II (referred to in publicity materials as Evil Dead 2: Dead by Dawn) is a 1987 American horror comedy film directed by Sam Raimi and a parody sequel[5][6][7] to the 1981 film The Evil Dead. The film was written by Raimi and Scott Spiegel (they wrote the screenplay during the production of another collaboration Crimewave), produced by Robert Tapert, and stars Bruce Campbell as Ash Williams.

Filming took place in Michigan and North Carolina in 1986 and the film was released in the United States on March 13, 1987. It was a minor box office success, achieving just under $6 million. It positive reviews in which critics praised Raimi's direction and Campbell's role as the protagonist.

Like the original, Evil Dead II has accumulated a cult following. The film was followed by a third installment in the Evil Dead series, Army of Darkness (1992).

The film begins with a recap of the events of the first film. Ash Williams and his girlfriend Linda take a romantic vacation to a seemingly abandoned cabin in the woods (Due to not having the rights to the first film and limited funding they didn't show the other characters). While in the cabin, Ash plays a tape of an archaeology professor (the cabin's previous inhabitant), reciting passages from the Necronomicon Ex-Mortis (or Book of the Dead), which he has discovered during an archaeological dig. The recorded incantation unleashes an evil force which kills and later possesses Linda. Ash is forced to decapitate his girlfriend with a shovel when she attacks him, he then buries her.

Next there's a scene [that replicates the last scene in the first film] where the evil force charges through the forest, through the cabin and into Ash (According to Raimi & Cambell this is where the recap ends and the 2nd film actually begins). Next we see that Ash is thrown across the forest and is briefly possessed by the demon, but when day breaks the spirit is forced out of him, and Ash turns back to normal. Ash finds little chance of safety, however, as the bridge leading out of the woods is destroyed, and, due to being unconscious for some time, the sun is rapidly setting. As night falls, Linda returns from the dead and attacks Ash, biting his hand with her severed head. Ash brings Linda's head to the shed, where her headless body attacks him with a chainsaw. Ash gains the upper hand and slashes the body before turning then chainsaw on Linda's head, finally killing her. Ash soon discovers that the bite has caused his own hand to become murderously possessed, and he is forced to dismember it. When he finds that it still lives on after being severed, he seemingly kills it with a shotgun he finds in the cabin.

While Ash is surviving in the cabin, the professor's daughter, Annie, returns from a dig with more pages of the Necronomicon in tow. Having been unable to contact her father at his isolated cabin, Annie, with her research partner Ed Getley in tow, drives there, only to find the destroyed bridge blocking her route. The pair enlist the help of two road workers, Jake and his girlfriend Bobby Joe, to guide them along an alternate trail to the cabin. Meanwhile, Ash is apparently slowly being driven insane by his situation. This includes an experience with a room full of laughing inanimate objects; whether this experience is caused by the evil force or hallucinated is unclear.

Annie and her party arrive at the cabin. On their arrival, Ash, mistaking them for the presence, fires at them, wounding Bobby Joe. He is beaten unconscious by Jake, and, believing that Ash killed her father, Annie helps to lock him in the cabin's cellar. They soon find and listen to a recording of Annie's father, describing how his wife Henrietta was possessed and he, unable to bring himself to dismember her, buried her in the cellar. The possessed Henrietta rises from the cellar floor, and the group releases Ash before locking the cellar door once again in order to trap Henrietta. Ed is soon possessed and subsequently dismembered by an axe-wielding Ash. The group is then visited by the spirit of Annie's father, who tells her that, by using the pages of the Necronomicon that she brought with her, she can save the group. Bobby Joe is attacked by Ash's still-living hand and attempts to flee, but is attacked by the demon trees in the woods and dragged to her death. Annie translates two of the pages, learning that, by reciting incantations that they hold, she can first force the evil presence to manifest itself in the flesh, before opening a rift in time and space to send it away. Before she can begin translating and reciting the incantations, Jake turns on them and throws the pages into the cellar, holding them at gunpoint to force them to go looking for Bobby Joe. Outside the relative safety of the cabin, Ash is once again possessed and turns on his remaining companions, incapacitating Jake. Annie retreats to the cabin and, mistaking him for the demon, accidentally stabs Jake. She drags him to safety, only to accidentally leave him near the cellar door, where he is dragged into the cellar by Henrietta and killed. The possessed Ash tries to kill Annie, but stops when he sees Linda's necklace, reminding him of her. He is freed from the possession, and manages to convince Annie that he is normal again.

Ash, with Annie's help, modifies the chainsaw and attaches it to where his right hand had been. Arming himself with both the chainsaw and his shotgun, Ash journeys into the cellar to find the missing pages of the Necronomicon. He finds them (and Jake's skeleton), before proceeding to leave. However as he is going up the steps to safety, Henrietta surprises him and temporarily disables him, before going after Annie. Ash then recovers, declaring "Lets go" before facing her in combat. Although she throws him against the wall at the start, the still "humanly shaped" deadite receives a beating from Ash and after receiving a blow from the butt of the chainsaw, falls. However she then begins to transform into a more "demonic" form with a much longer head and, with Ash pinned down at a wall, gains the upper hand. However Annie recites a song that Henrietta used to sing to her as a child. Distracted, the deadite is dismembered by Ash, before he blasts the head apart with the shotgun.

Annie chants the first incantation. The incantation causes the evil to manifest and attack the cabin, but, before she can recite the second, Ash's possessed hand kills her with a dagger. As Ash fends off the evil by impaling it in the eye with the chainsaw, Annie uses her dying breaths to recite the second incantation, opening up a whirling temporal portal which draws in not only the evil force, but nearby trees, the Oldsmobile, and Ash himself.

Ash and his Oldsmobile fall through the portal and out of the sky. He is immediately confronted by a group of knights who initially mistake him for a being called a "deadite", but they are quickly distracted when a real one appears. Ash blasts the harpy-like deadite with his shotgun. The knights begin cheering for him, and, as he realizes he has been brought to the past, he cries "No!". He is revealed to be standing in front of an intact, populated version of the ruin in which Annie's father uncovered the Necronomicon.