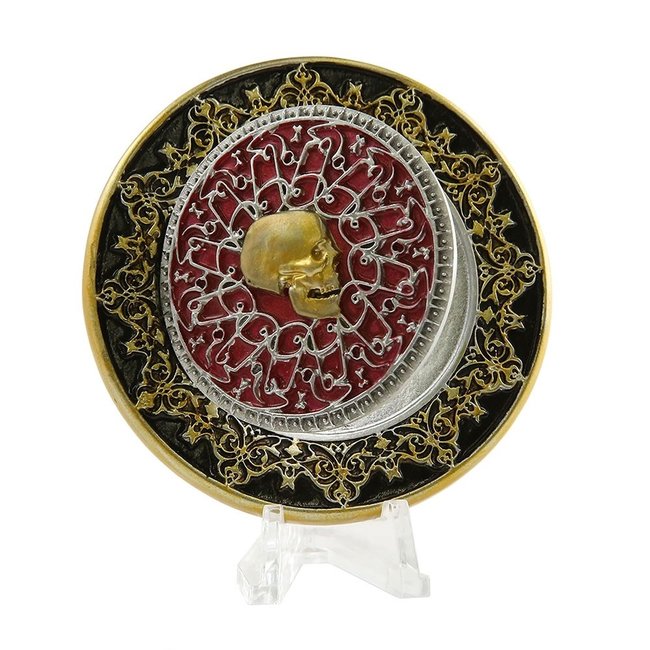 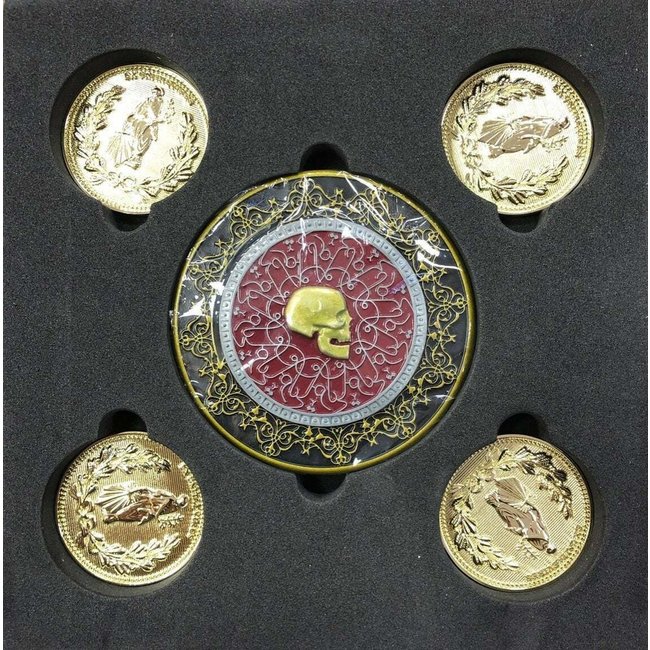 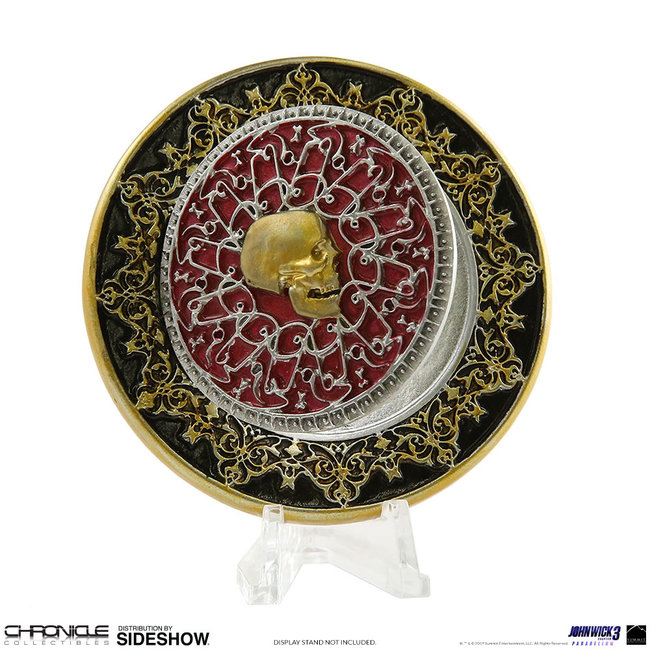 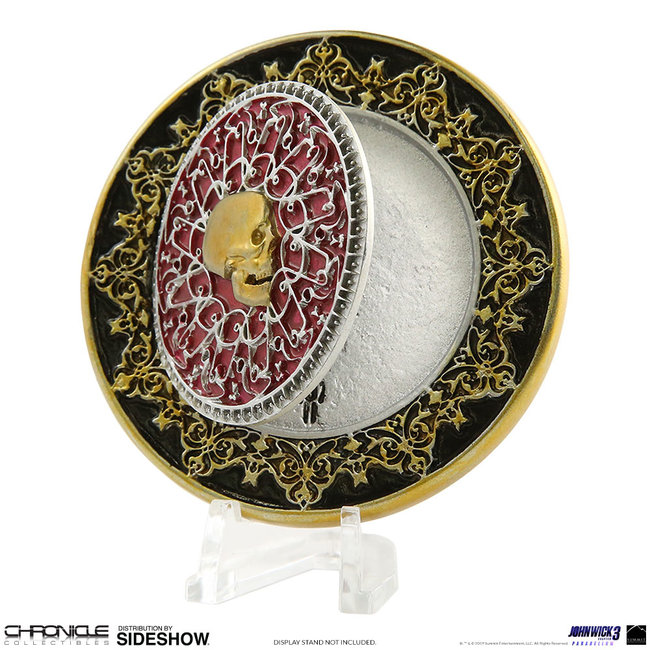 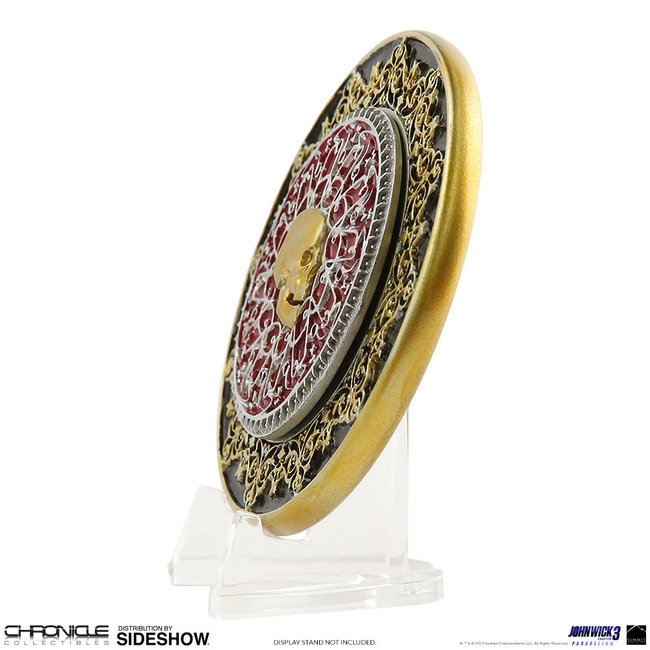 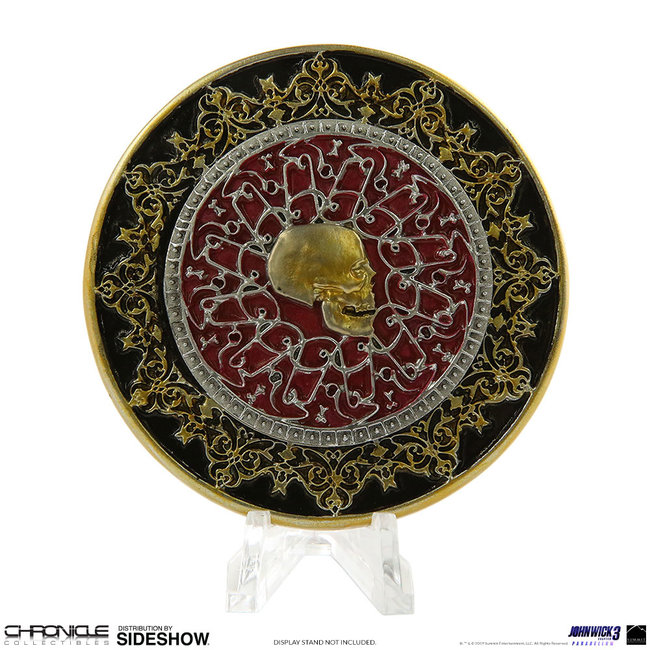 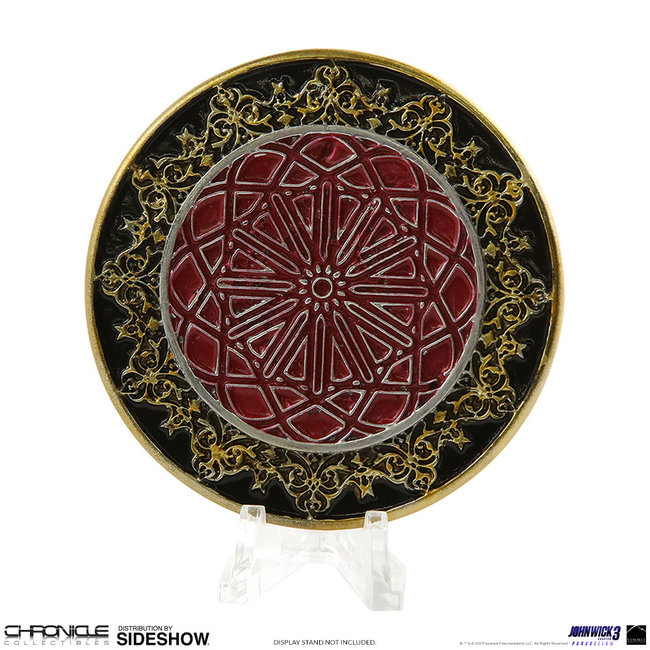 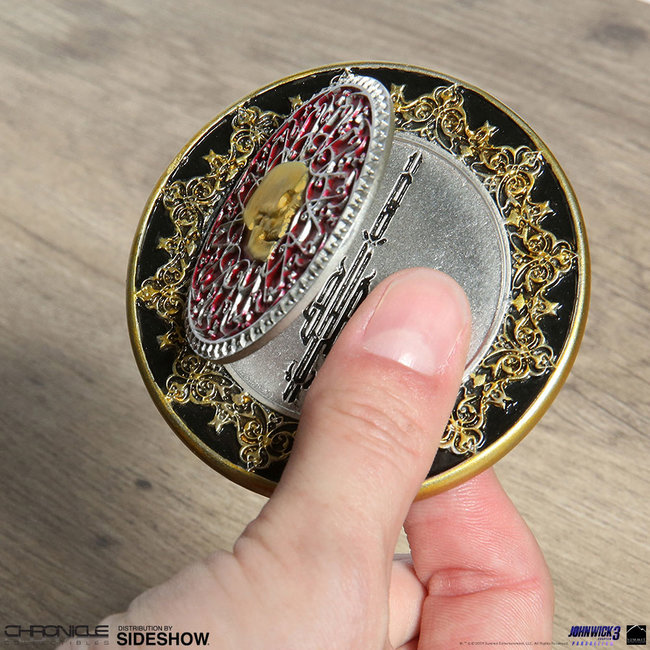 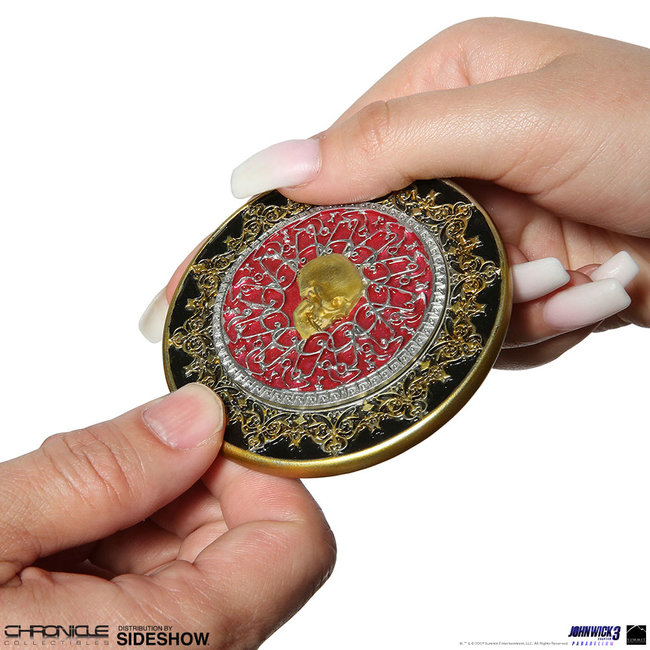 €159,00Incl. tax
In stock
Ships within 24 hours on weekdays monday till friday.

'Two rules, Jonathan - no blood on Continental grounds, and every marker must be honored…it's what separates us from the animals.'

A blood oath marker is more than a promise and greater than a vow. It's an inviolate symbol of a debt that is owed. Once your thumbprint seals the bond, then a part of your life has been surrendered, given over to another until your oath is fulfilled. It's a sacrament in which none would engage on a whim. Refusal to honor the marker means death.

With a $14 million dollar bounty on his head, John Wick needs all the help he can get and calls in a blood oath marker from an old friend.

Chronicle Collectibles proudly presents the Arabic Blood Oath Marker replica from John Wick Chapter 3 - Parabellum. Recreated from the screen-used prop and crafted from a metal alloy, this replica showcases the aesthetic variety that exists in artifacts from the various regions of the underworld that John Wick struggles to escape. 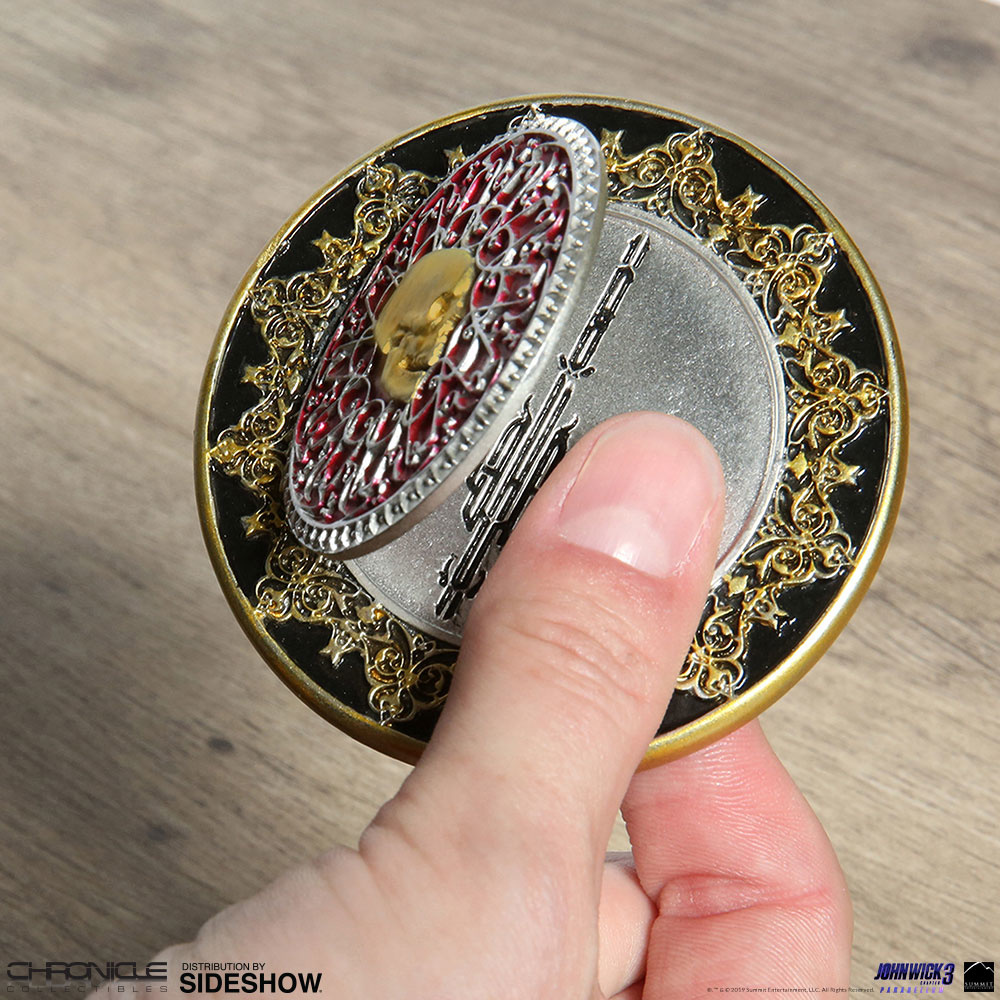 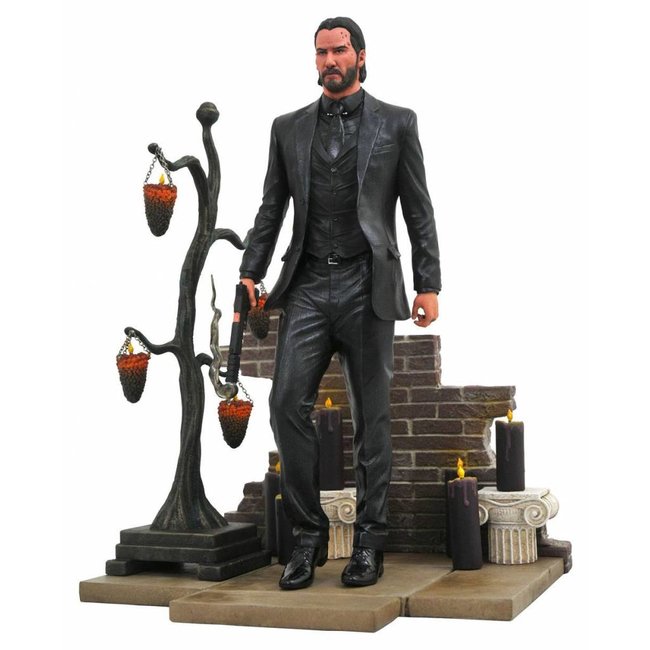