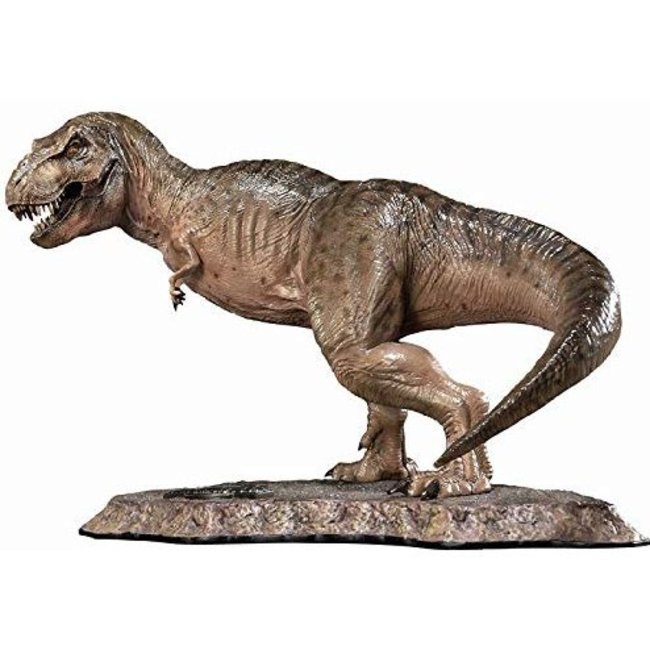 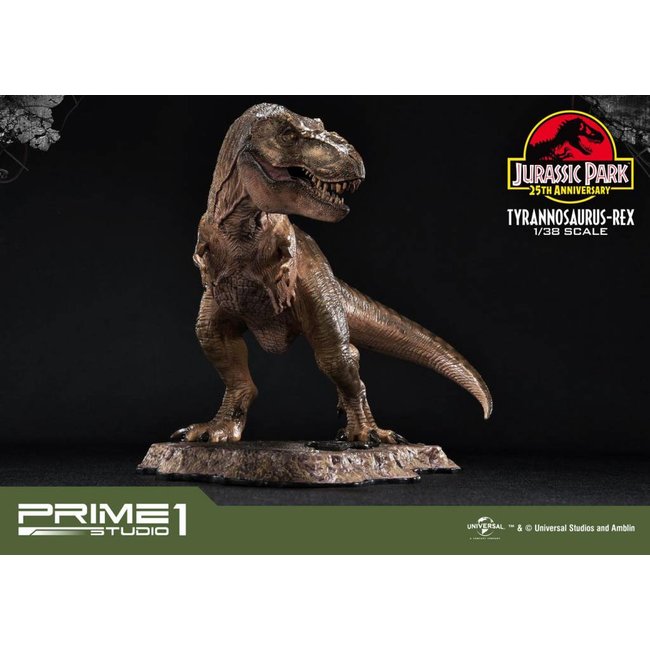 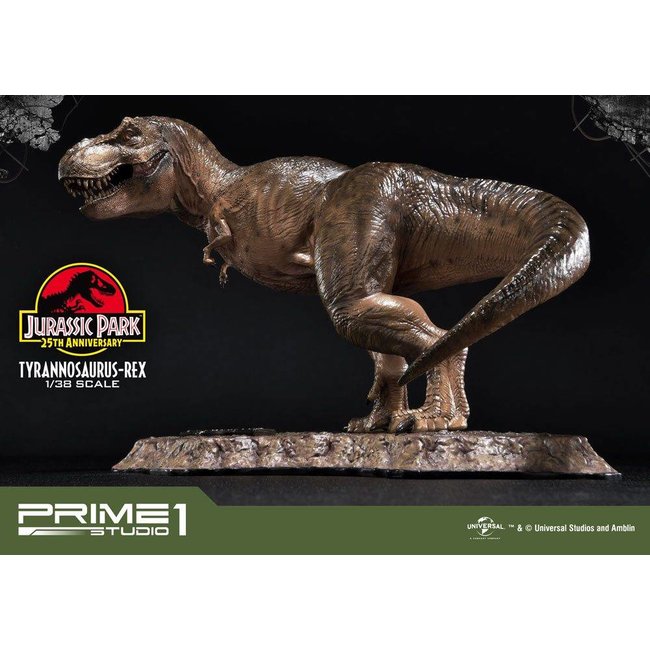 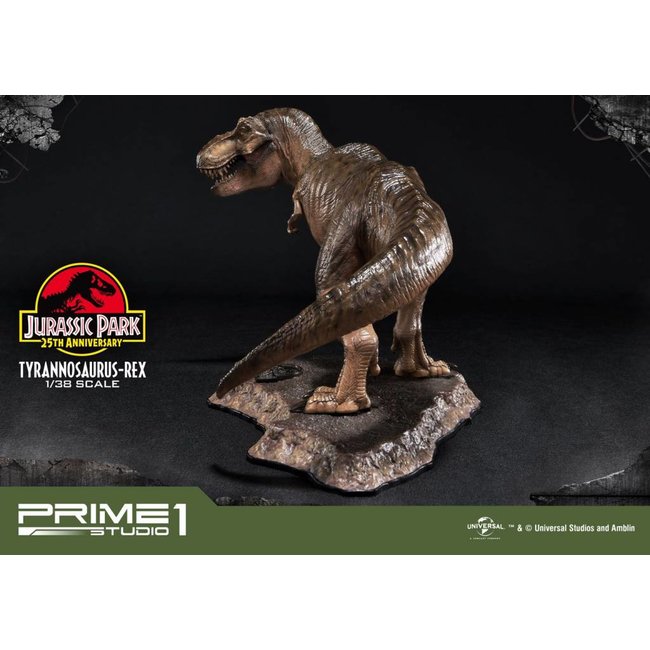 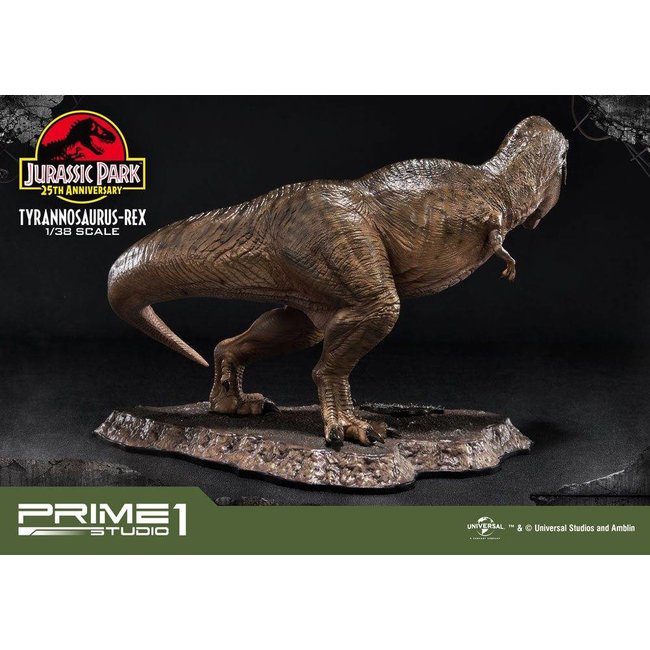 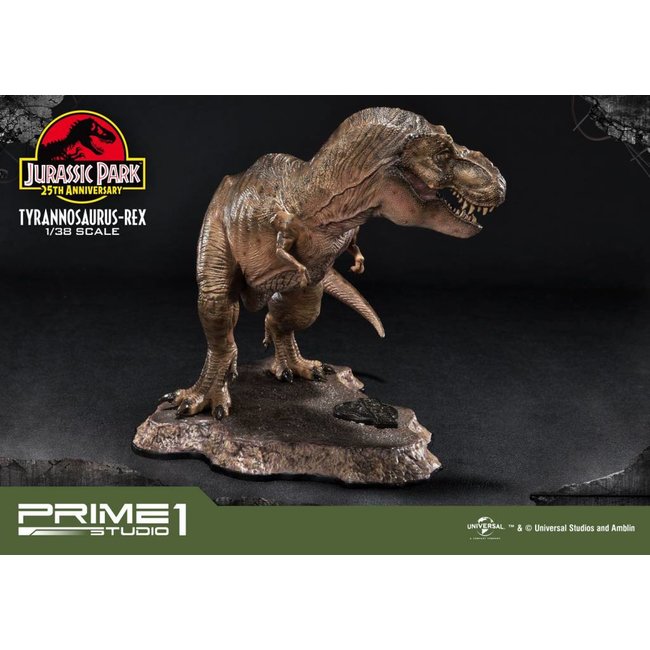 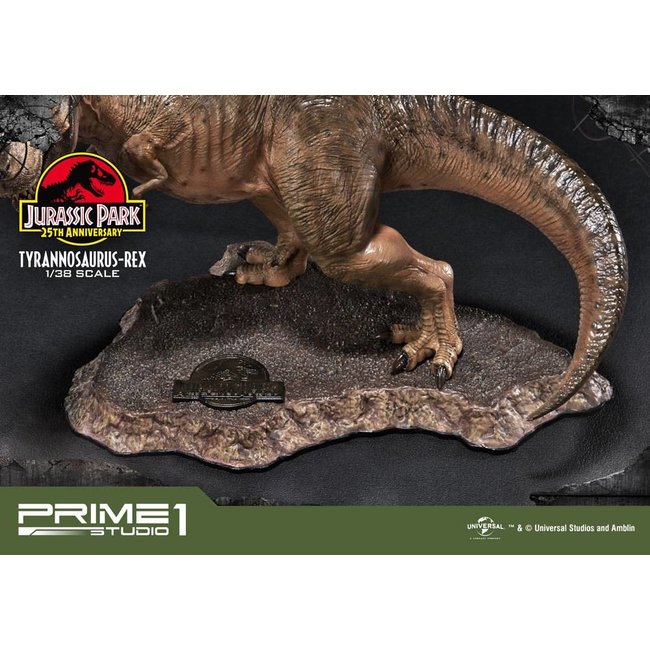 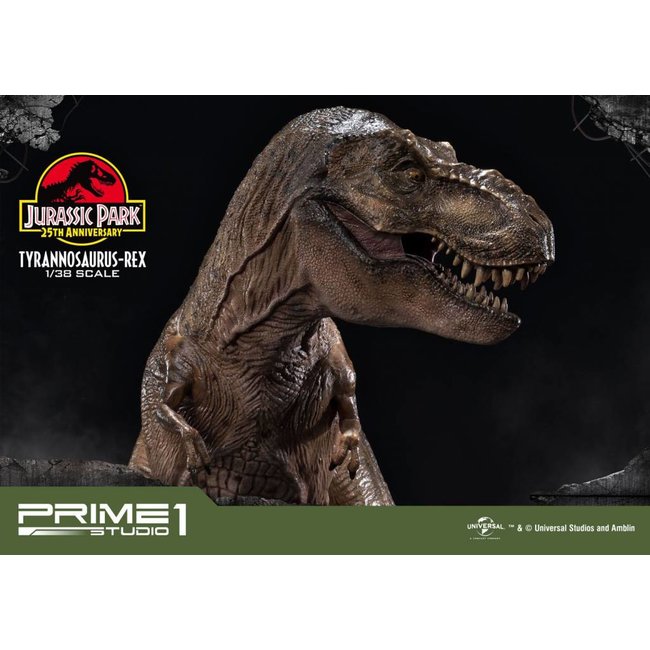 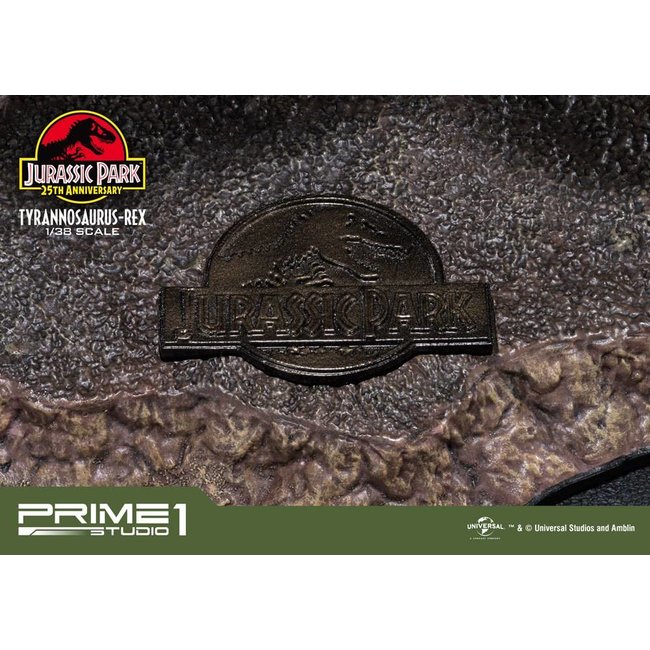 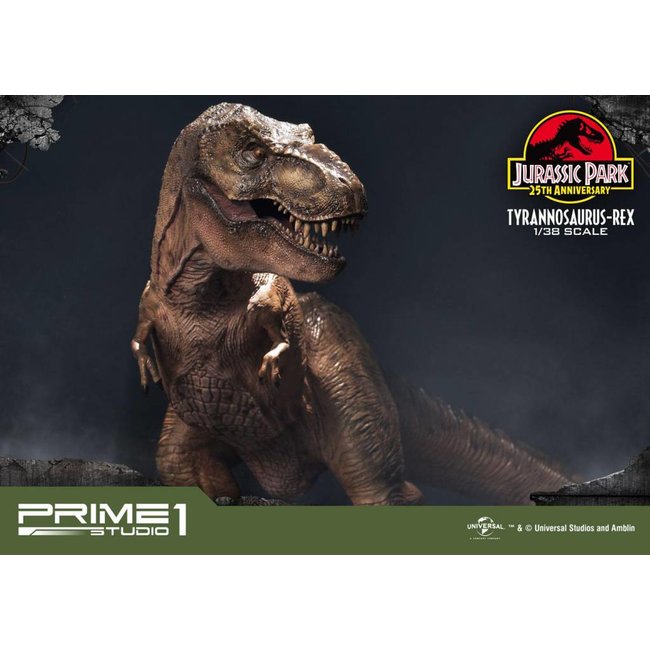 This is a pre-order item, you can order this item. Expected release date is June 2020 (subject to change)

Now fans have a new option of pocket-friendly and portable-friendly statue figures to collect. Tyrannosaurus-Rex is the largest carnivore living on Isla Nublar and, as such, grew into a fearless, bold, and domineering beast who walks the line between heroine and villainess. She is a female Tyrannosaurus, largely motivated by two goals: keep intruders off her territory and eat any pry she finds there. She is known for participating in several incidents and for saving the major human participants involved in these incidents from other dangerous creatures, although inadvertently.

This makes her role something of an anti-hero in the films. There is more variety of dinosaurs joining to this series, soon. Prime 1 Studio fans, don't miss your chance to collect our new 1:38 scale Jurassic Park series!! 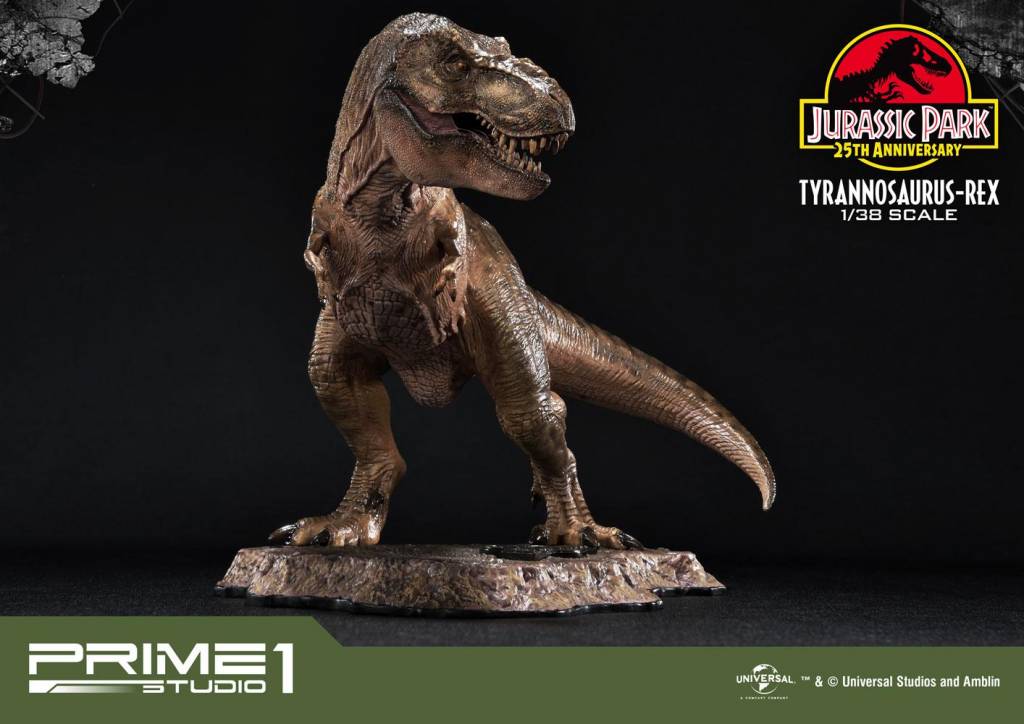 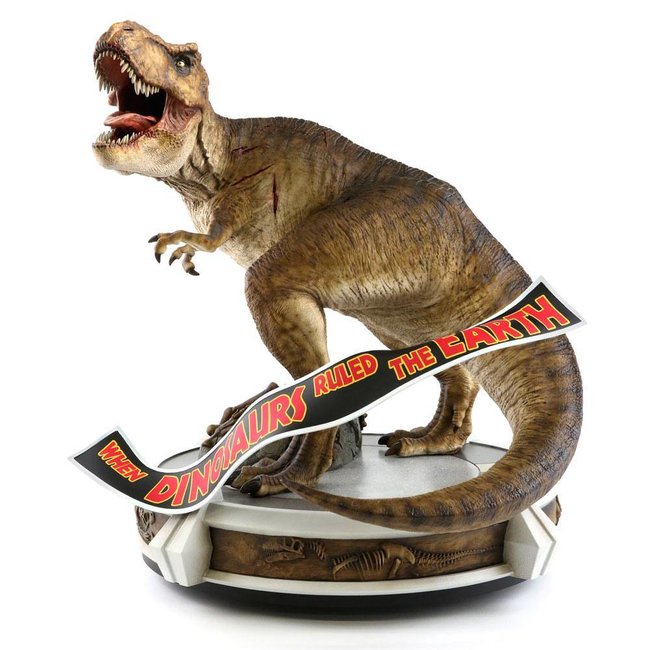 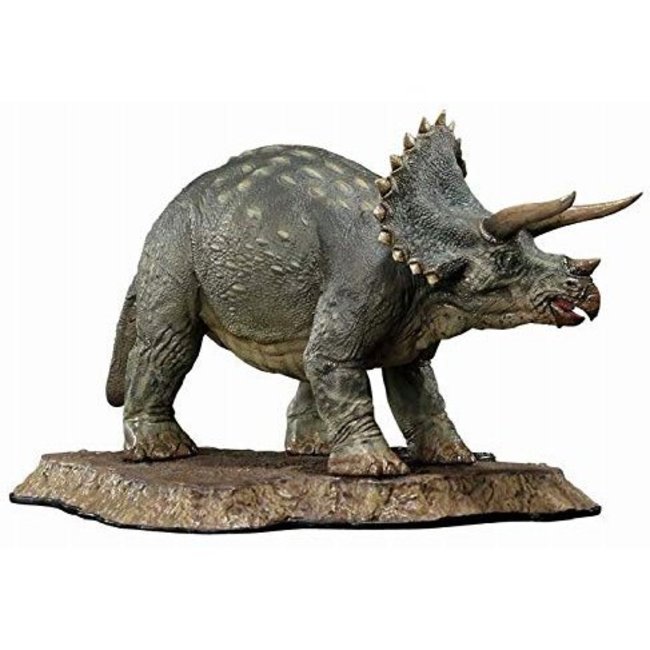 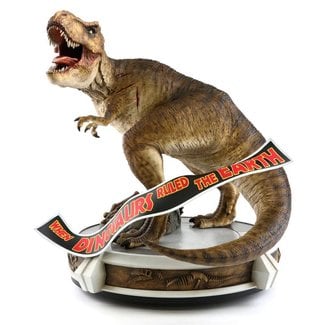 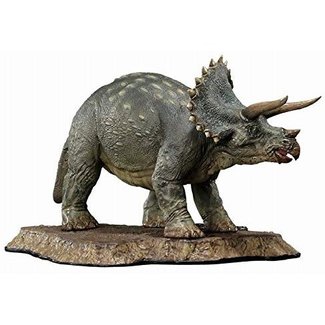