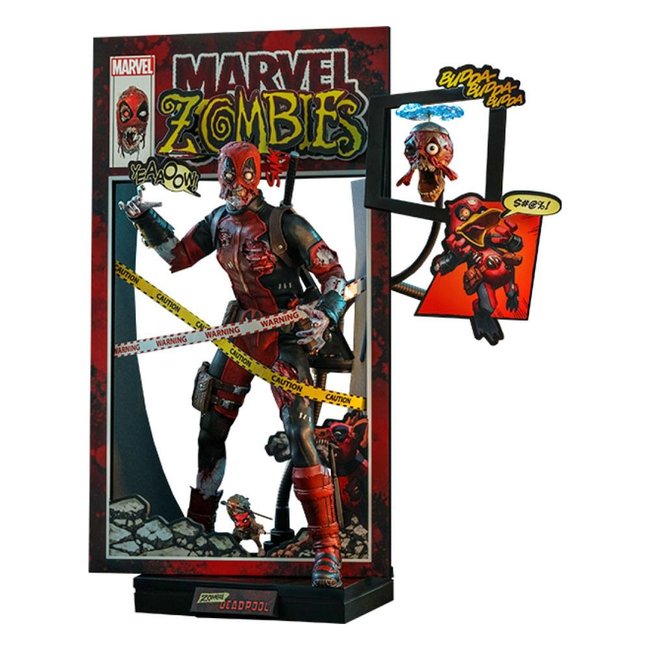 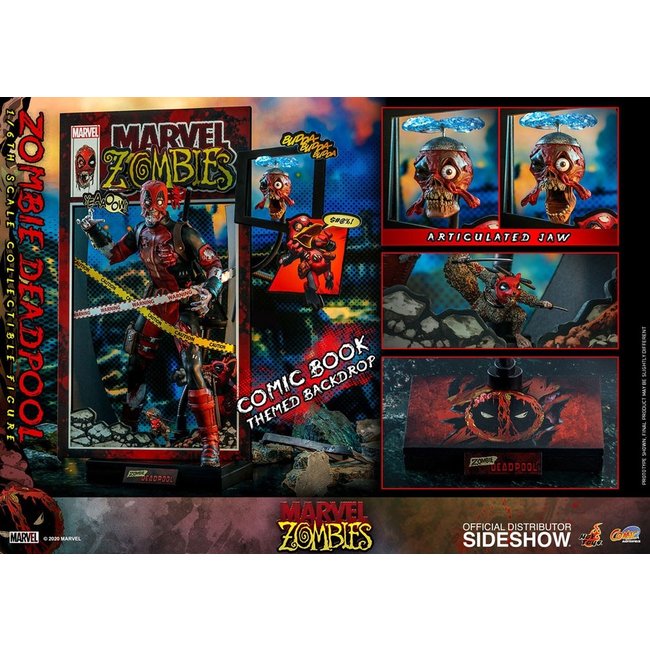 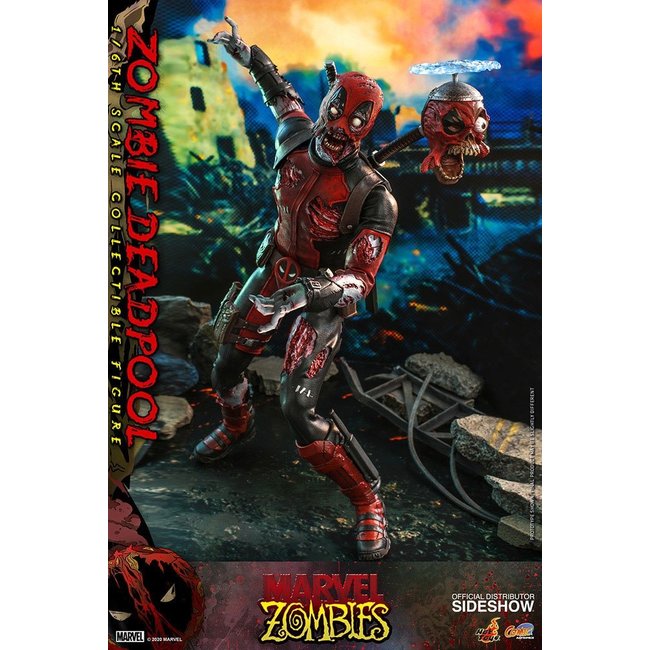 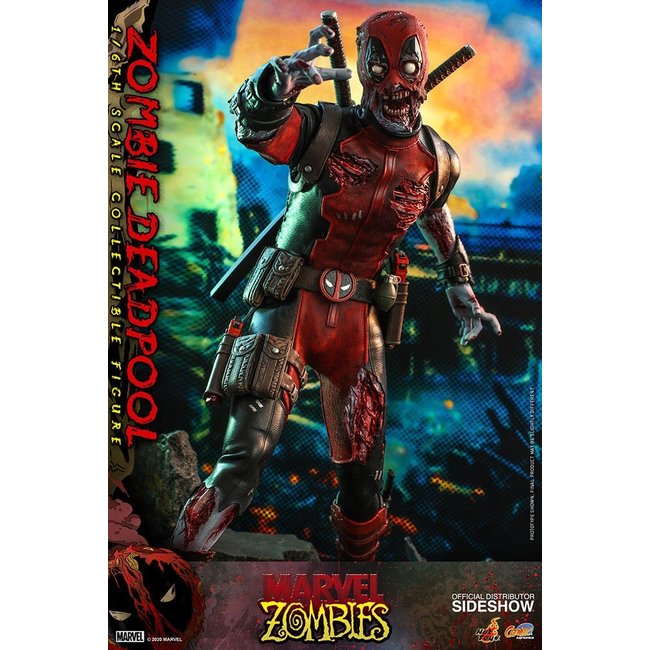 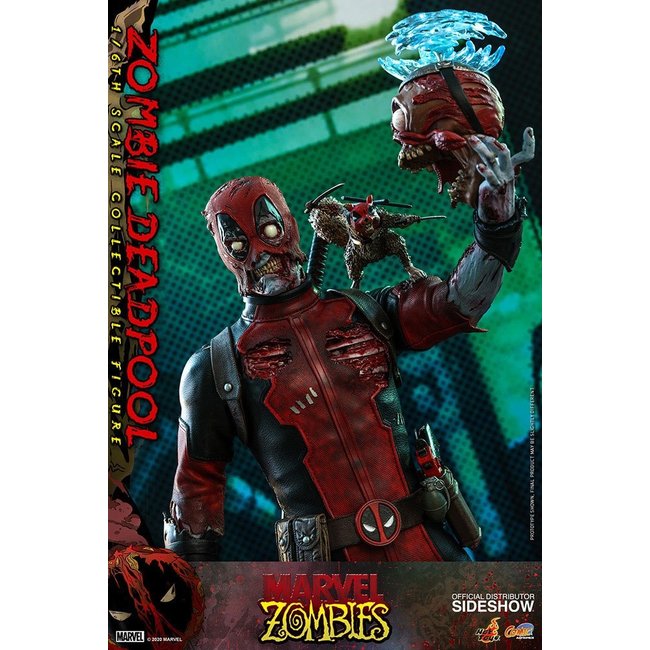 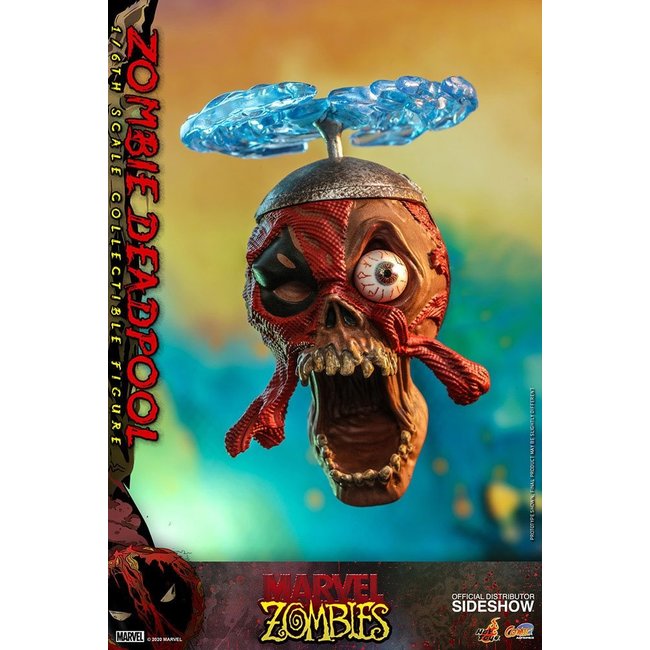 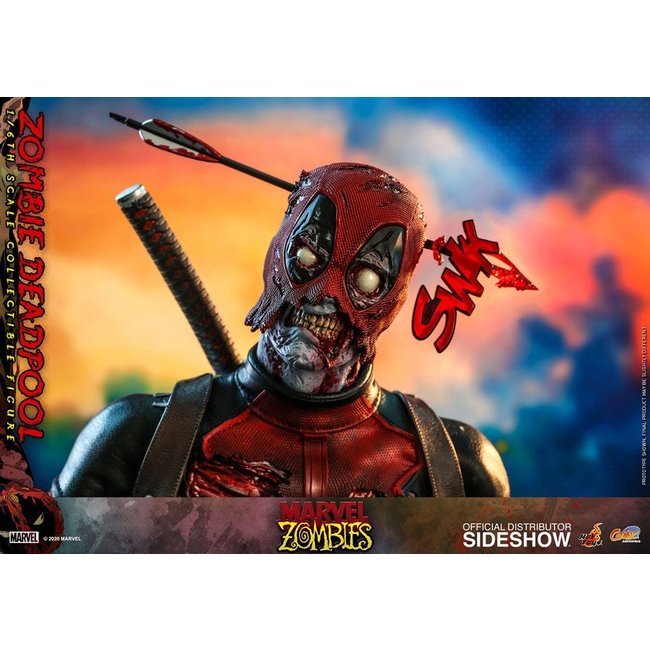 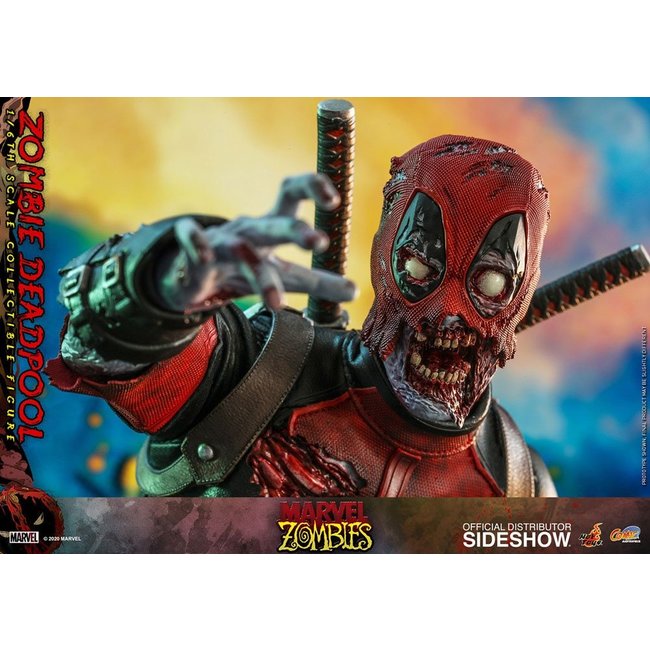 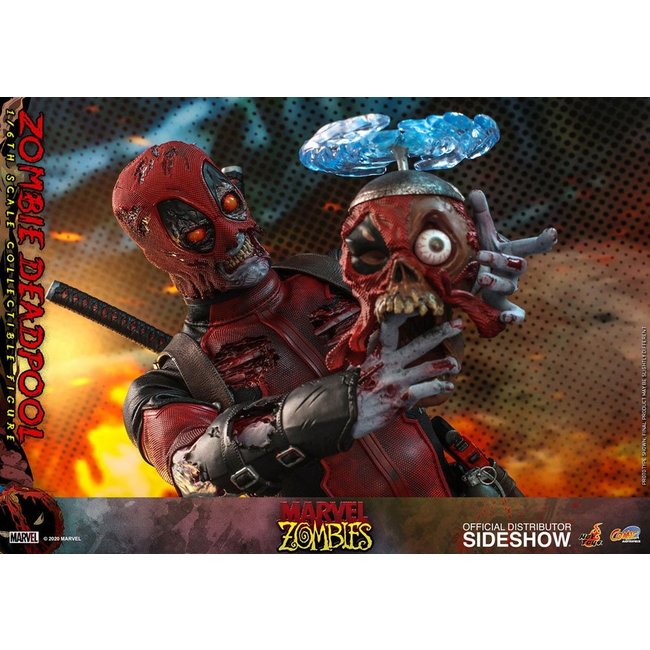 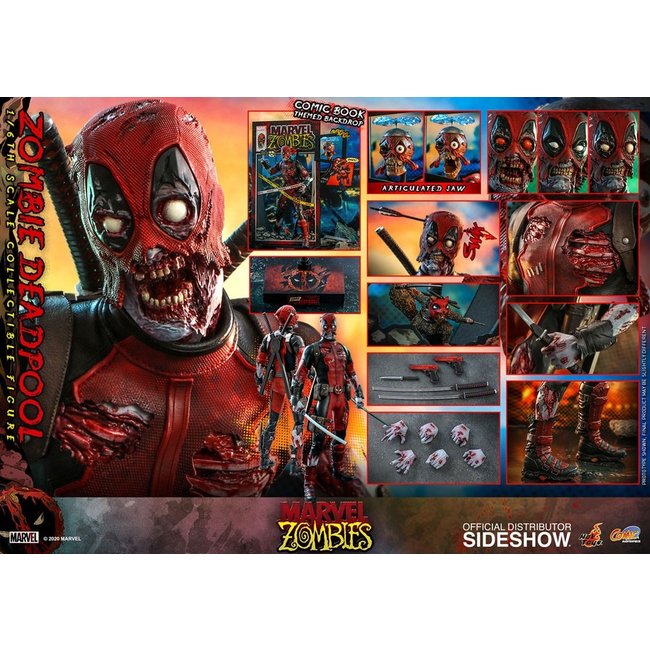 This is a pre-order item, you can order this item. Expected release date is January 2022 (subject to change)

In the dystopian world of Marvel Zombies, Earth is overrun with a zombie apocalyptic plague. Our fan-favorite Earth's heroes have undergone an undead transformation, with the same personalities and powers, but now they are driven by an insatiable desire for live flesh.

The incredibly realistic figure is crafted based on the appearance of Zombie Deadpool from Marvel Zombies comic series. Features a newly developed masked head sculpt with disgustingly beautiful details; interchangeable eyepieces and rotten mouthpieces with exposed teeth to create numerous combinations of horrifying expressions; a finely tailored red and black suit specially applied with distress effects; amazing paintwork on damaged muscle tissue and exposed skeleton parts; an array of weapons including a pair of katanas, pistols, a dagger, and an arrow attachable to the head sculpt; a recreation of Deadpool Corp members including zombified flying Headpool with jaw articulation, and Squirrelpool; a comic book themed backdrop with Dogpool and Duckpool joining the gang; multiple zombified hands for poses; and a specially designed dynamic figure display stand. 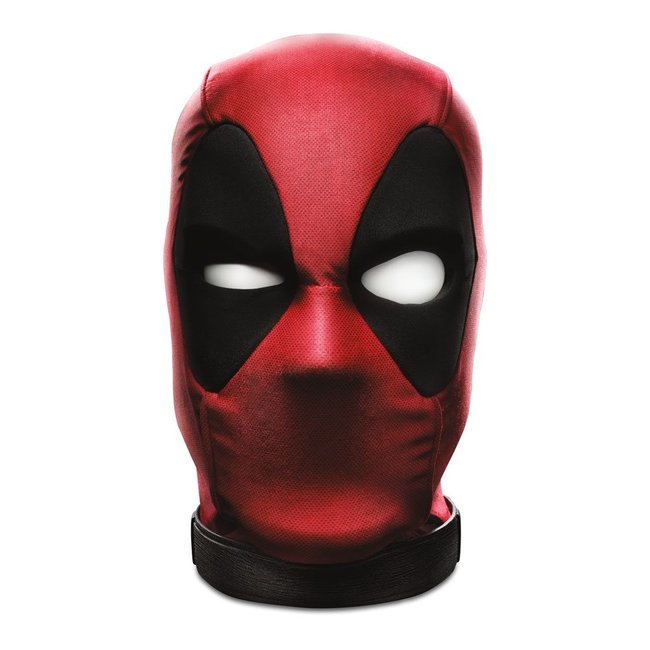 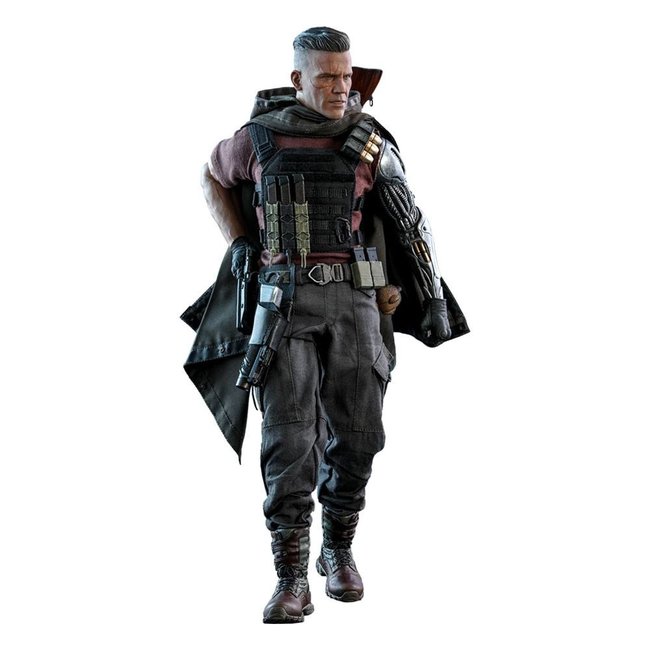 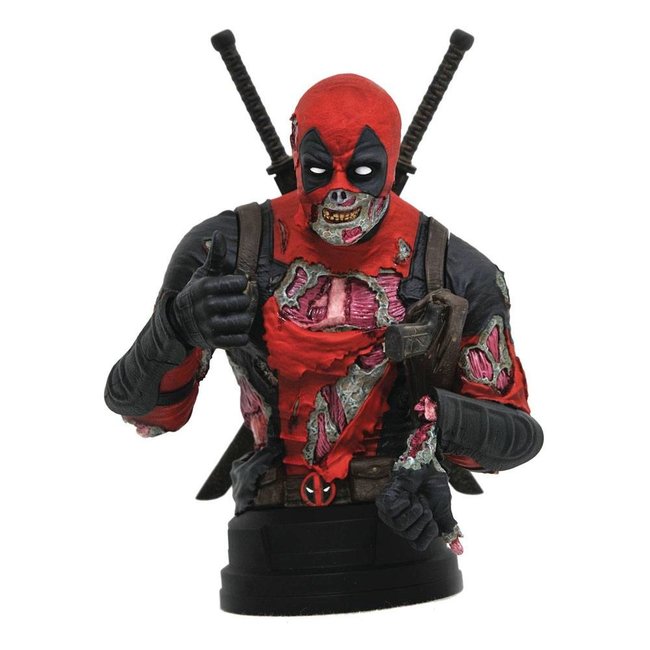 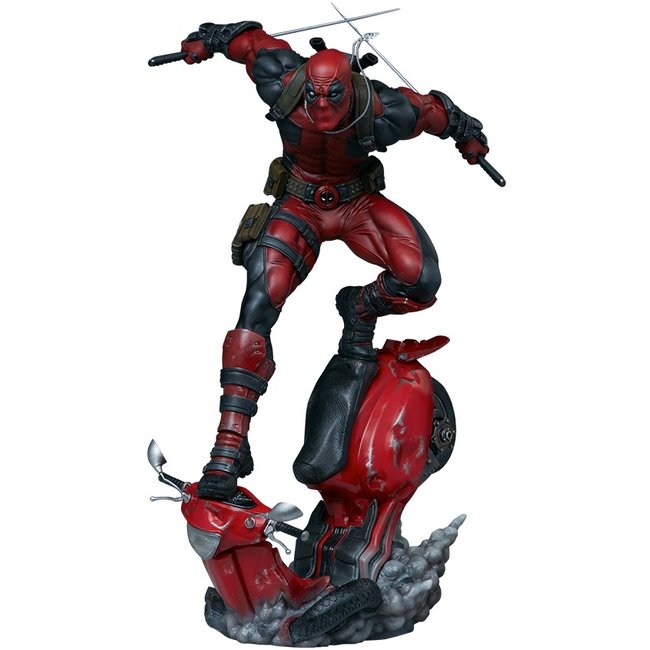