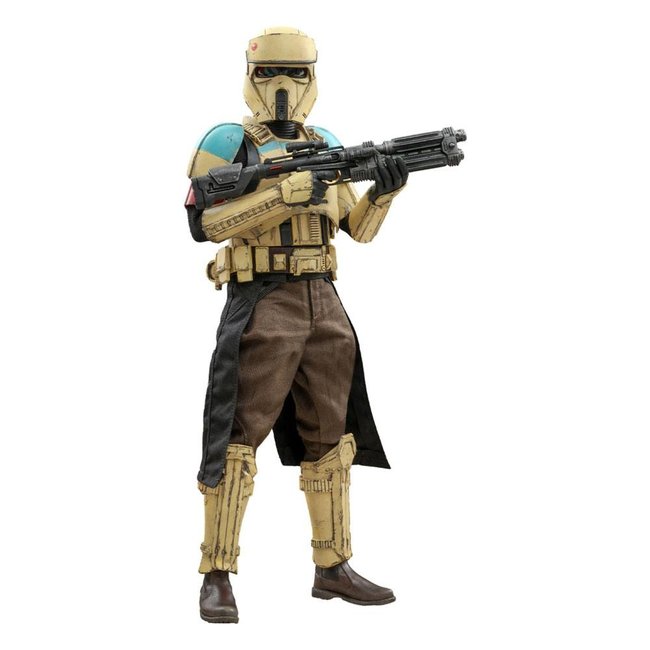 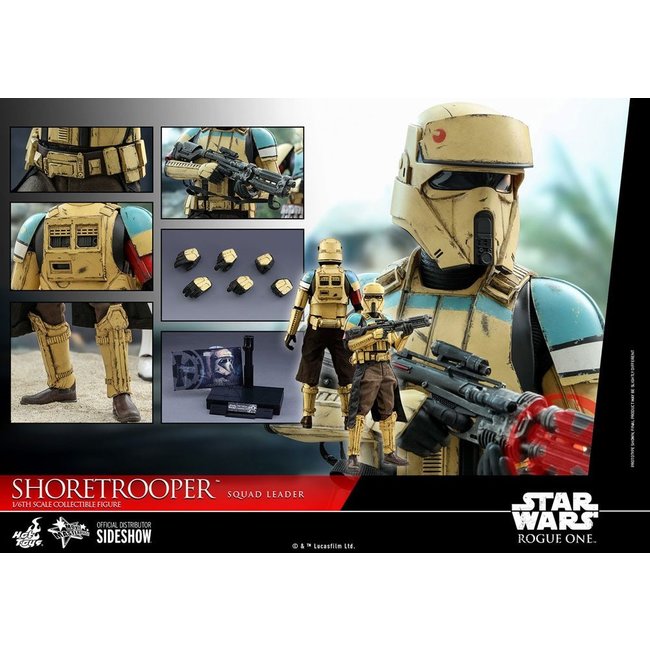 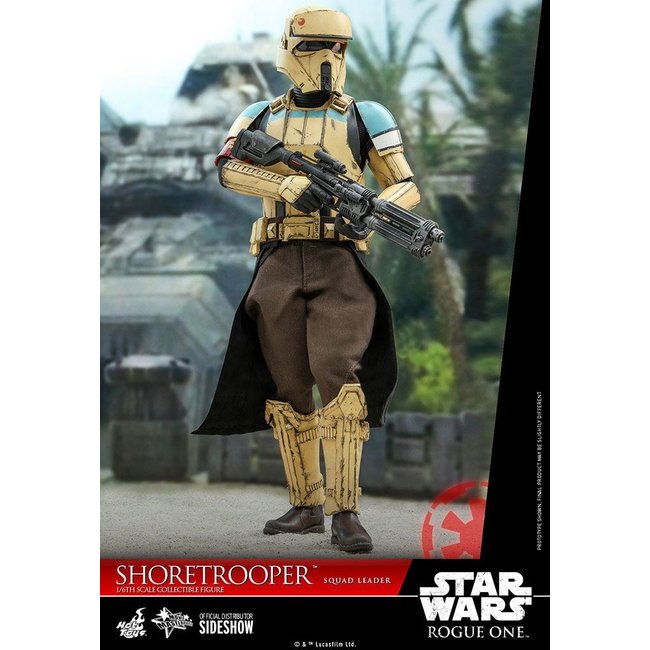 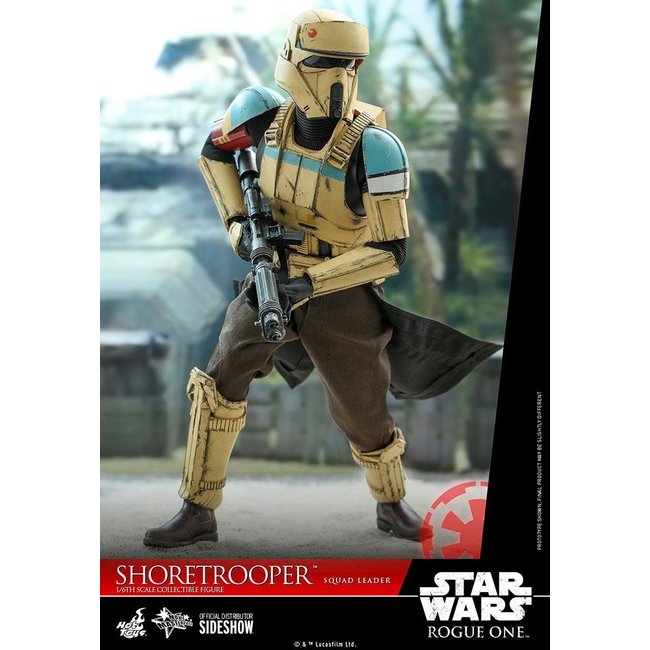 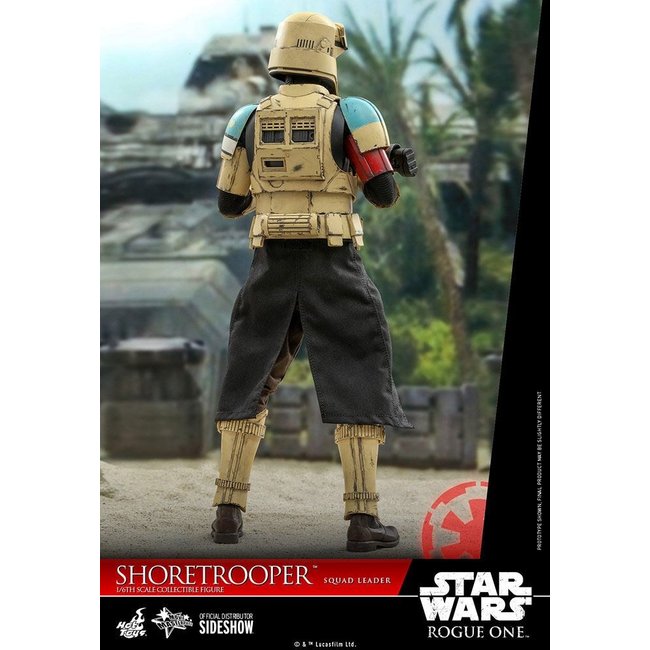 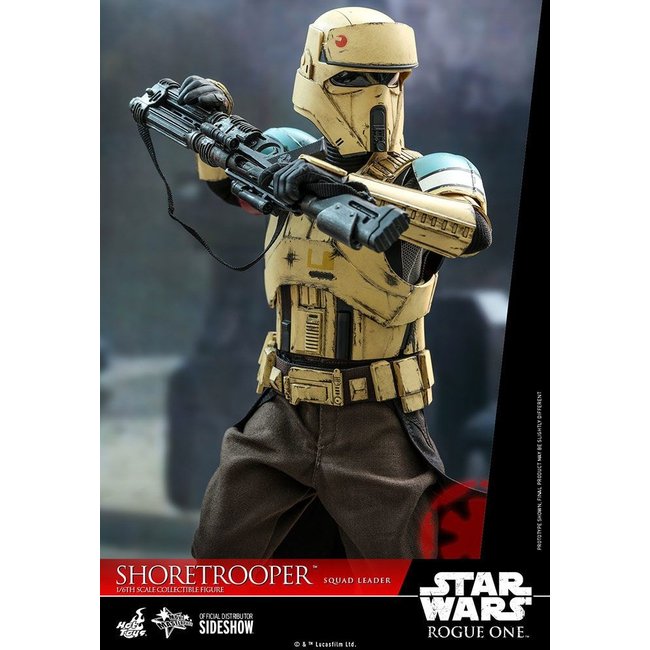 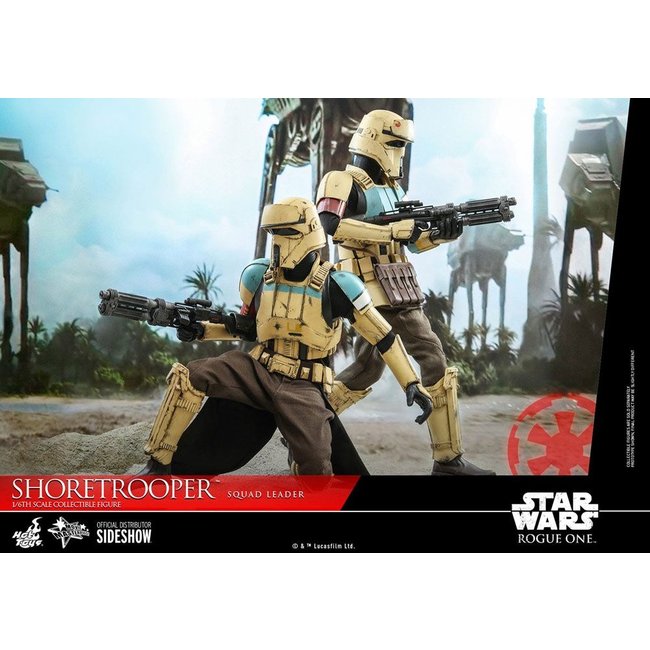 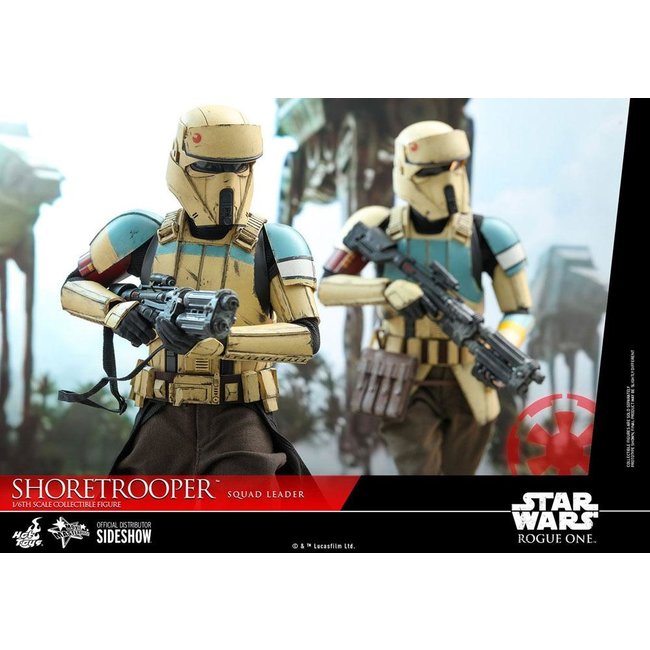 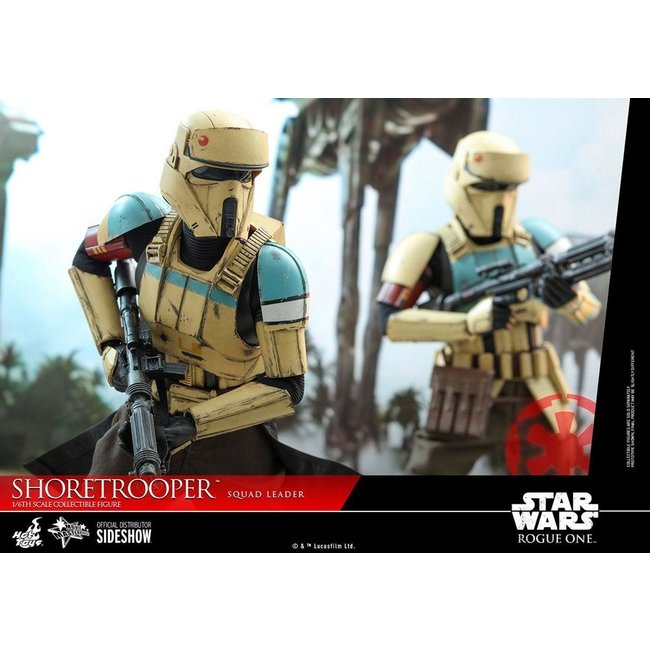 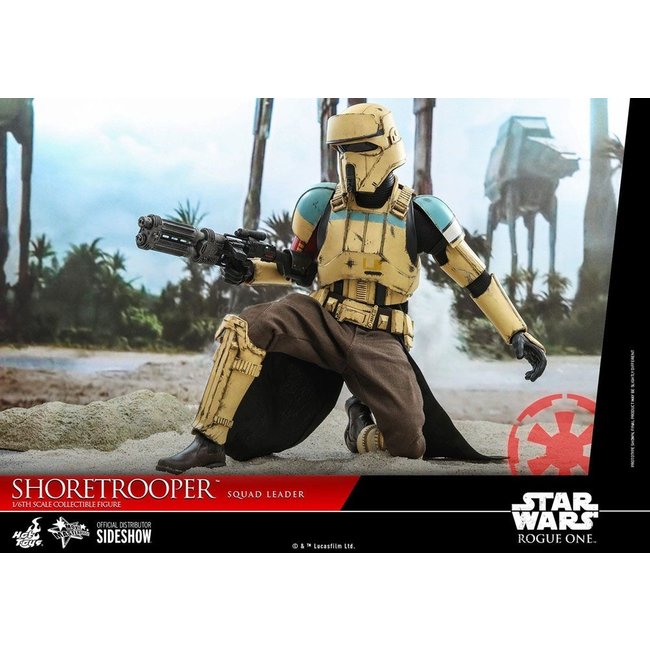 Specialist stormtroopers stationed at the top-secret Imperial military headquarters on Scarif, Shoretroopers patrol the beaches and bunkers of the planetary facility.

Sideshow and Hot Toys present the Shoretrooper Squad Leader Sixth Scale Collectible Figure as one of the latest addition to the Star Wars collectibles line up. The highly-accurate collectible figure is specially crafted based on the image of the Shoretrooper Squad Leader in Rogue One: A Star Wars Story, featuring a highly detailed helmet and armor with weathering effect, a meticulously tailored outfit, a blaster rifle, a detailed utility belt with pouch, and a display base.

The Shoretrooper Squad Leader will be a great addition to your Imperial army! 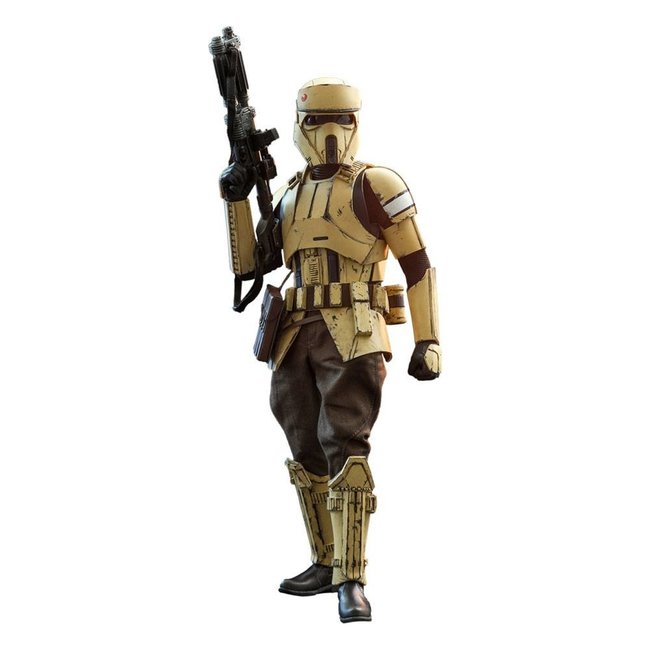 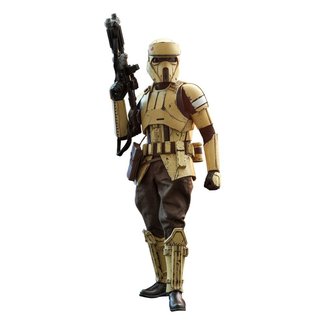