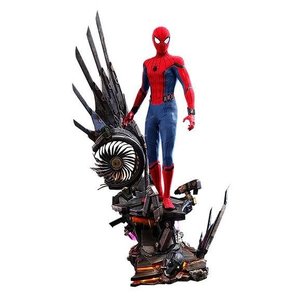 Article number:
SSHOT904920
Availability:
Out of stock
Delivery time:
This is a pre-order item, you can order this item. Expected release date is February 2021 (subject to change)

"So, to become an Avenger, are there like trials?" – Peter Parker

Following a series of events of Captain America: Civil War, Peter Parker struggles in returning to his routine life as a high schooler until the Vultures' arrival gives him the chance to prove himself as a web-slinging superhero. Inspired by Marvel Studio's Spider-Man: Homecoming, Sideshow, and Hot Toys proudly present the latest quarter-scale Spider-Man collectible figure with excellent craftsmanship.

Meticulously crafted based on the battling suit given to Peter Parker by Tony Stark, the incredibly detailed Quarter Scale collectible figure features a newly developed masked head sculpt with five pairs of interchangeable eyepieces to create numerous combinations of Spider-Man's expressions, a newly developed interchangeable head sculpt with likeness of Tom Holland, and a newly developed specialized body stands approximately 43.5cm tall. The figure boasts an expertly crafted, tailored and greatly detailed costume, a pair of magnetically attachable web-wings, an array of accessories including a Spider Drone, projection mapping, a smartphone, a backpack, a Spider-Man mask, a variety of spider-web shooting effect parts, and a LED light-up diorama figure base with two lighting modes inspired by the showdown between Spider-Man and The Vulture.

Marvel fans, be sure to pick-up the fantastic 1:4 scale Spider-Man collectible figure to add to your expanding Marvel Cinematic Universe collection! 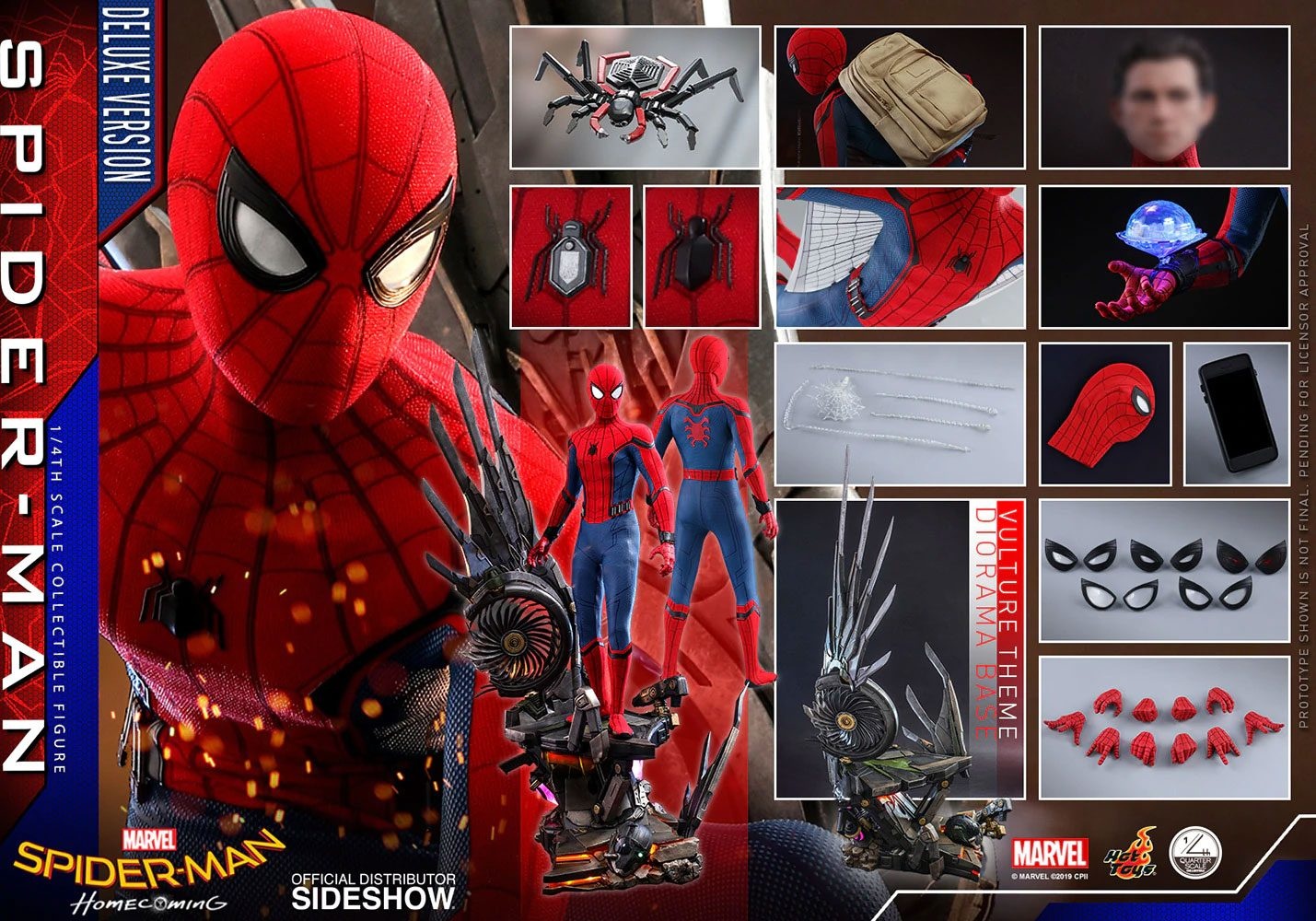