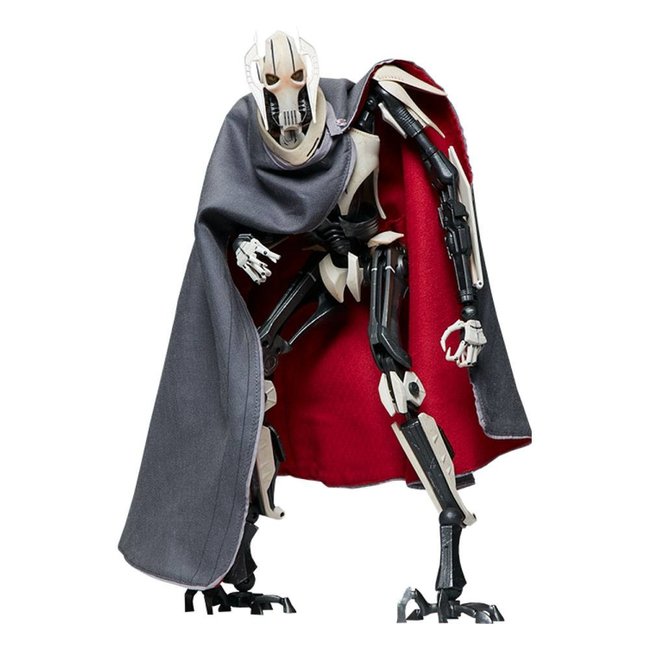 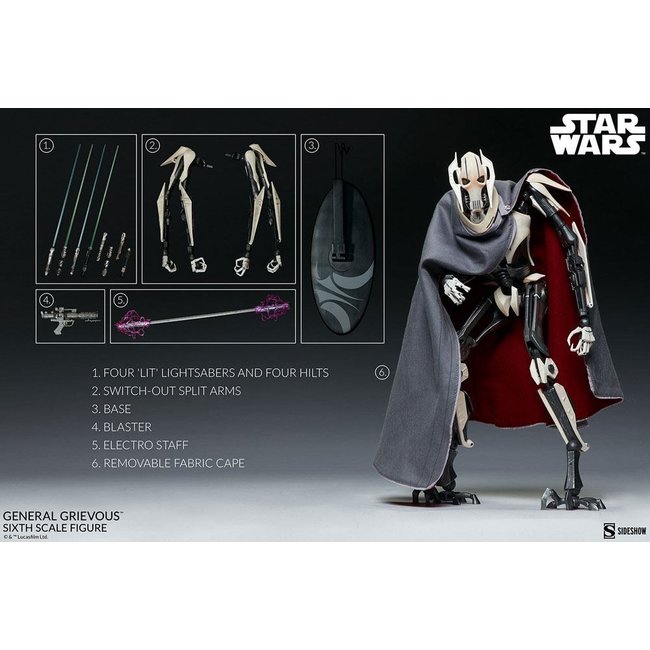 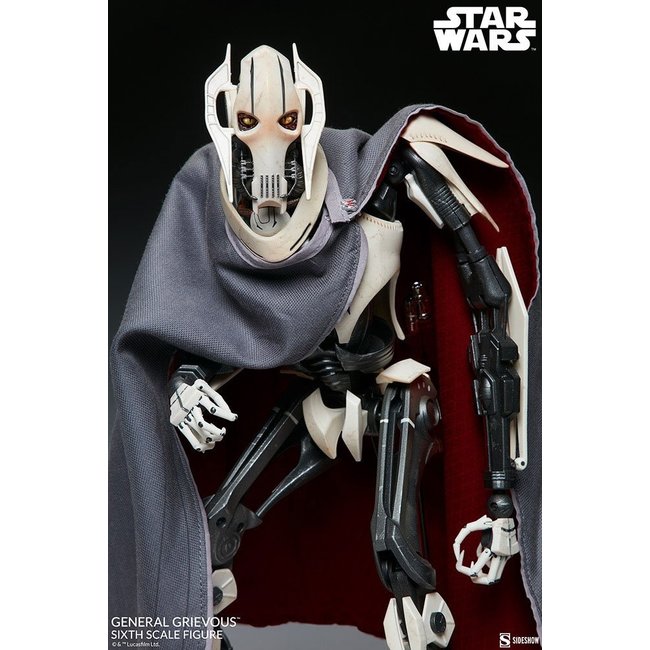 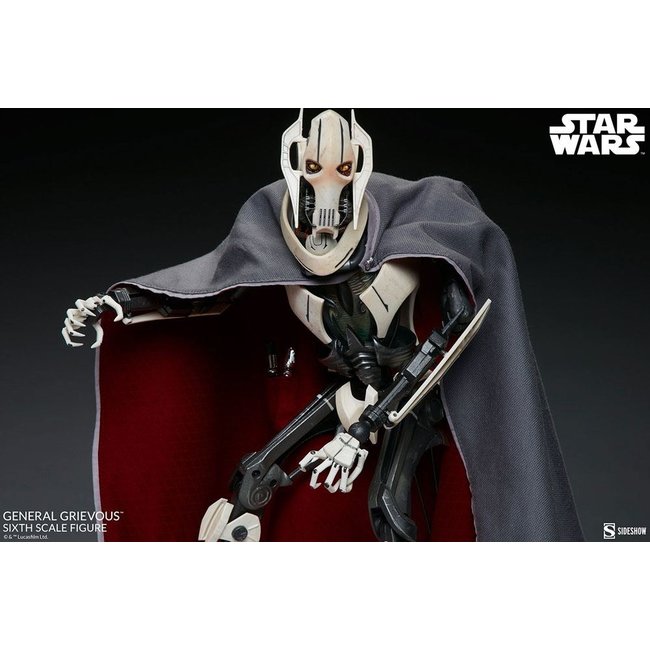 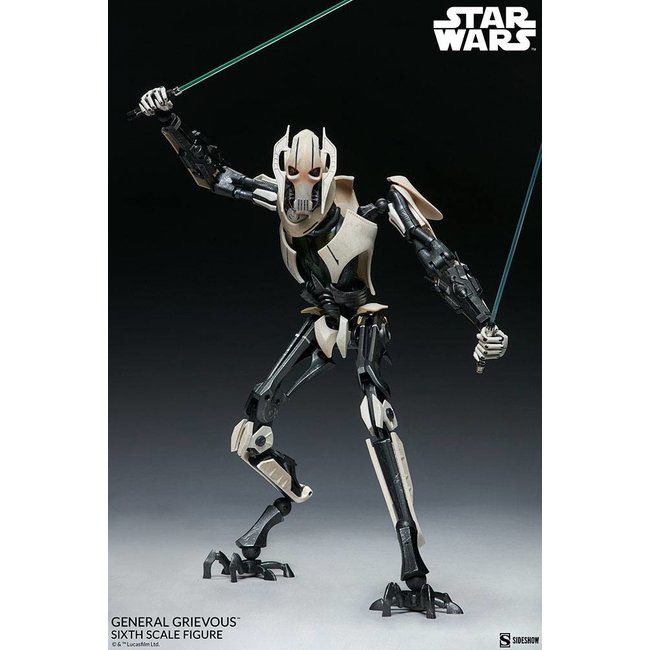 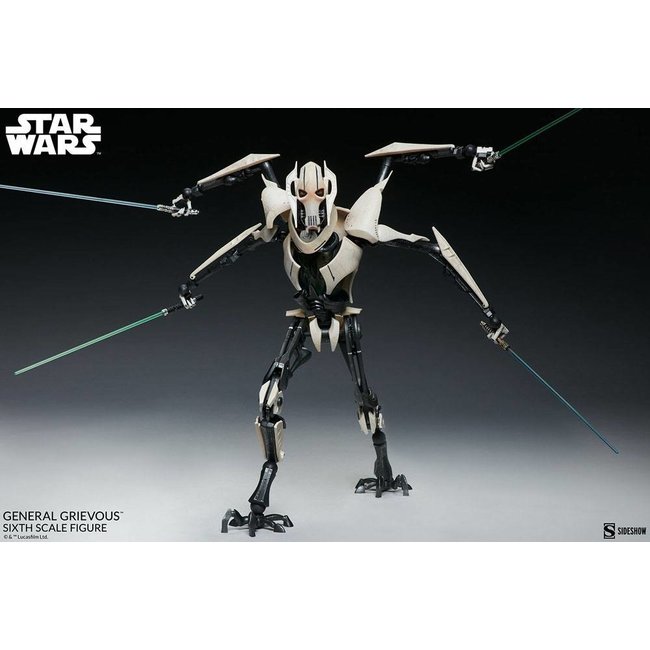 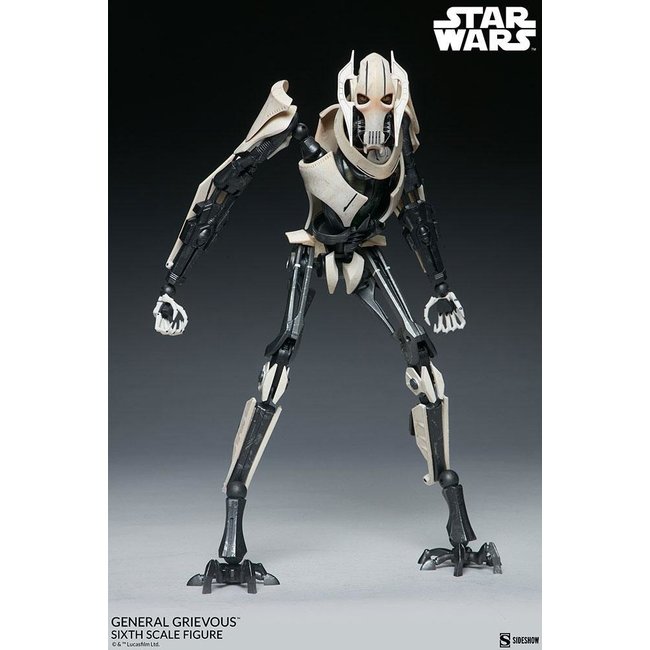 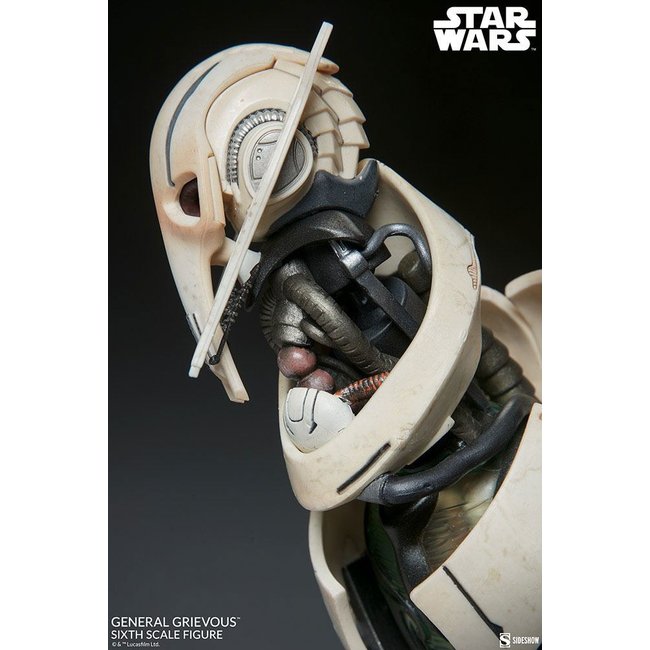 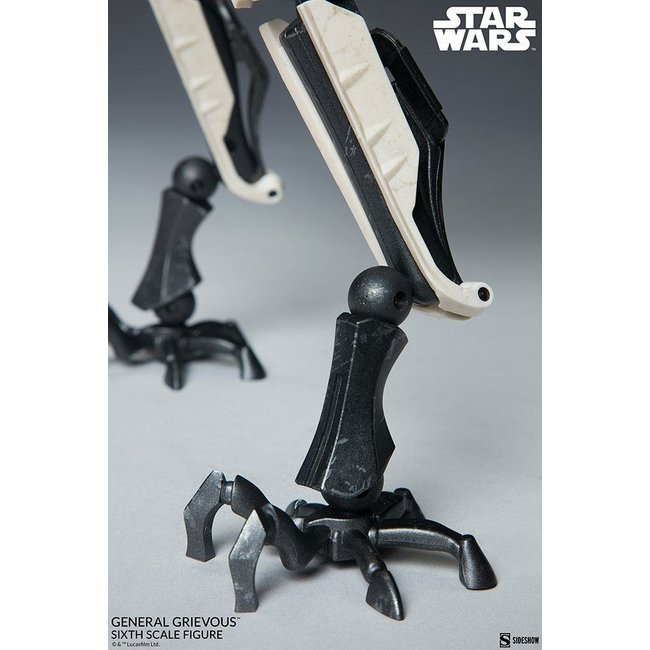 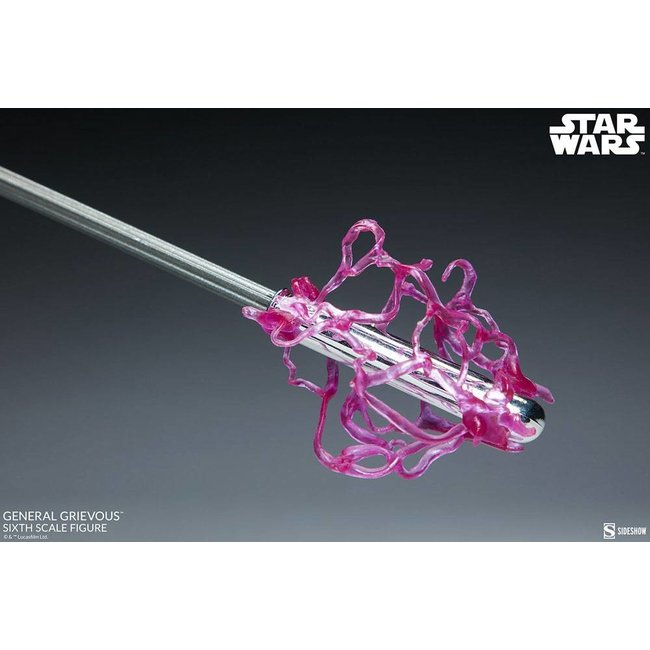 €309,00Incl. tax
In stock
Ships within 24 hours on weekdays monday till friday.

"I have been trained in your Jedi arts..."

Engineered with meticulous attention to detail, the General Grievous Sixth Scale Figure is fully articulated to achieve dynamic and intimidating postures, recreating all of your favorite villainous moments from the Star Wars saga. From head to toe, the Confederacy's Supreme Commander measures 16" tall with a detailed cybernetic body with clawed feet and multi-jointed limbs. Grievous also includes a removable grey fabric cape with a red inner lining that features pockets for storing stolen lightsabers.

The General Grievous Sixth Scale Figure includes a pair of fused arms and a pair of switch-out split arms for recreating his infamous battle stance. His articulated fingers allow for easy posing alongside the array of accessories in his armory, including a blaster, an electro staff, and his four lightsabers with removable hilts. The figure comes with a black stand base to help balance and support any number of action-packed poses you can devise for this celebrated Star Wars villain. From his intricate mechanical composition to the weathering and battle-damage on his exterior armor, General Grievous is an essential collectible for Star Wars fans of any generation. 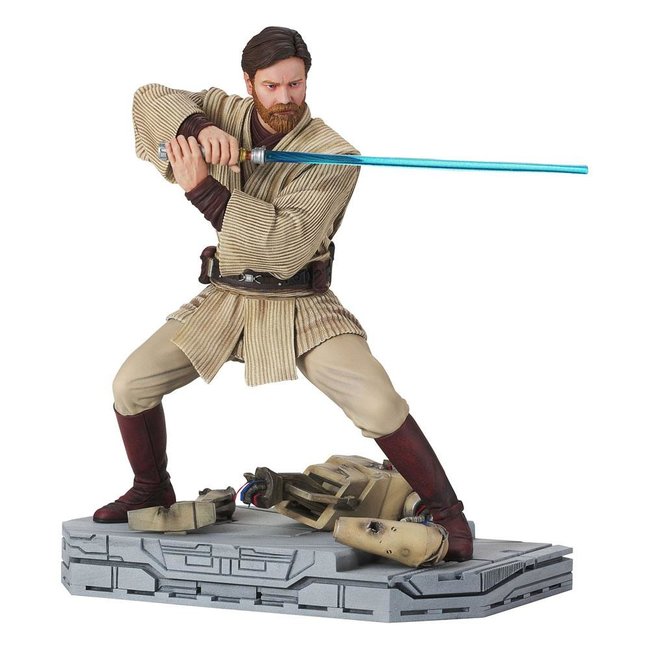 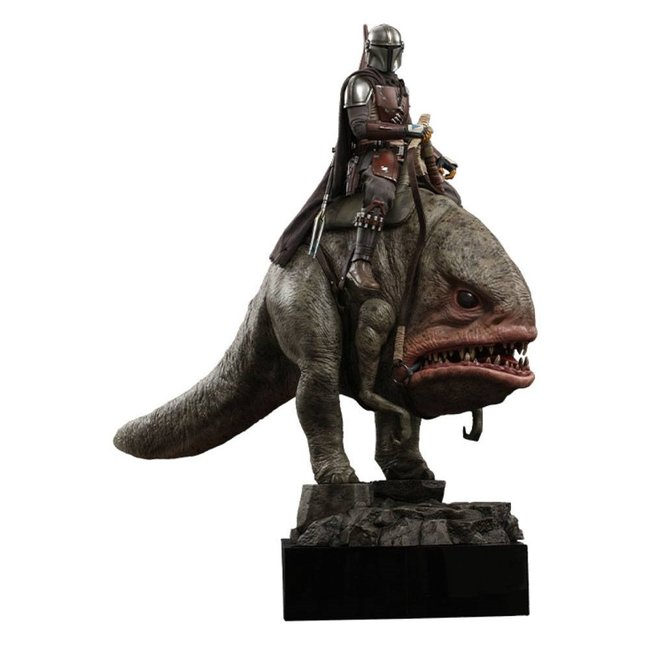 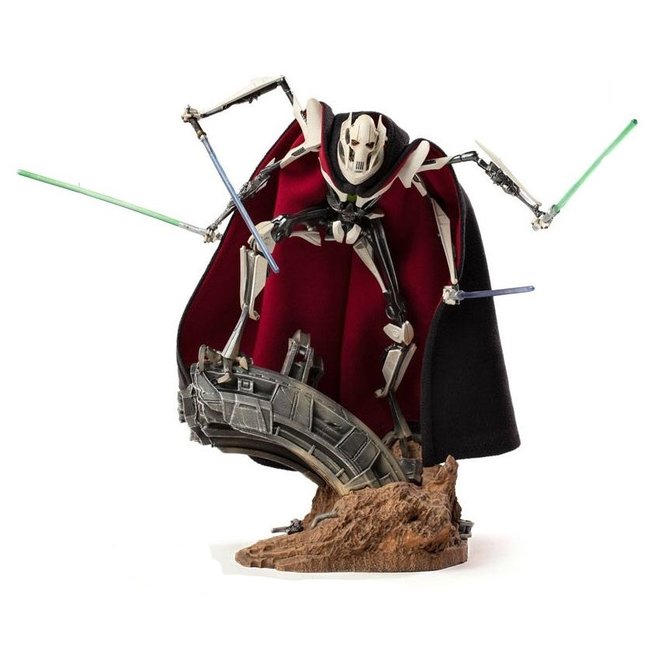 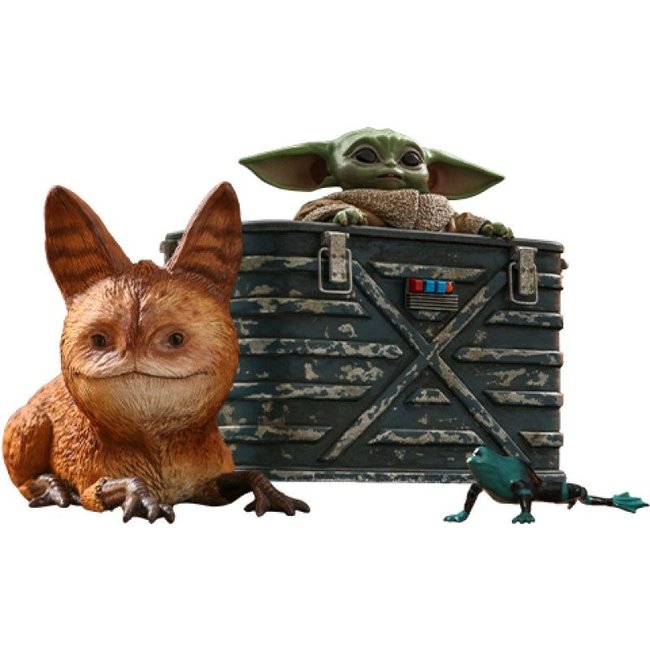 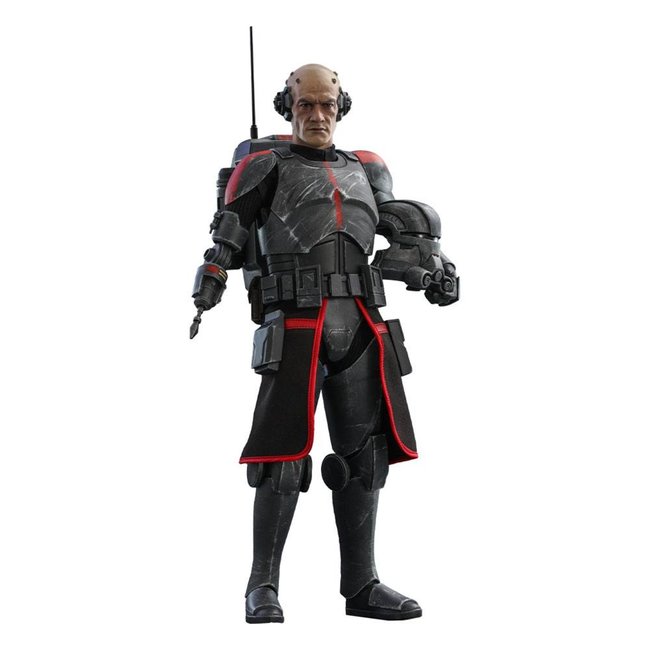 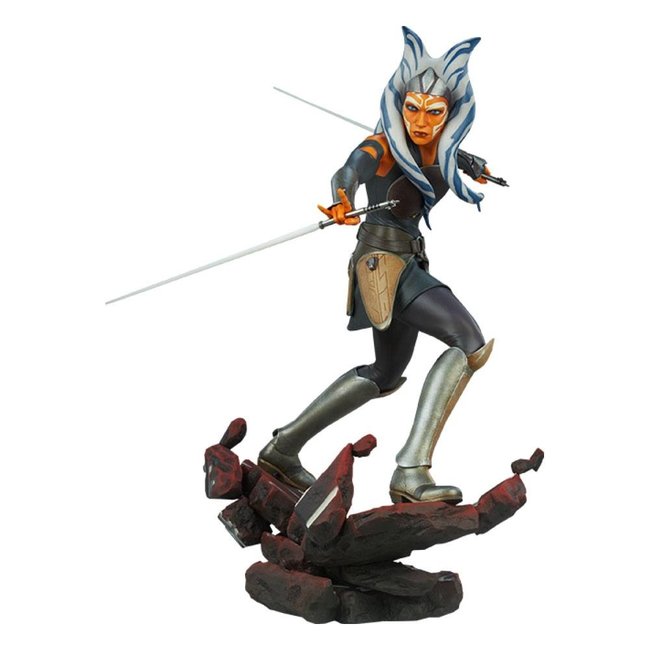