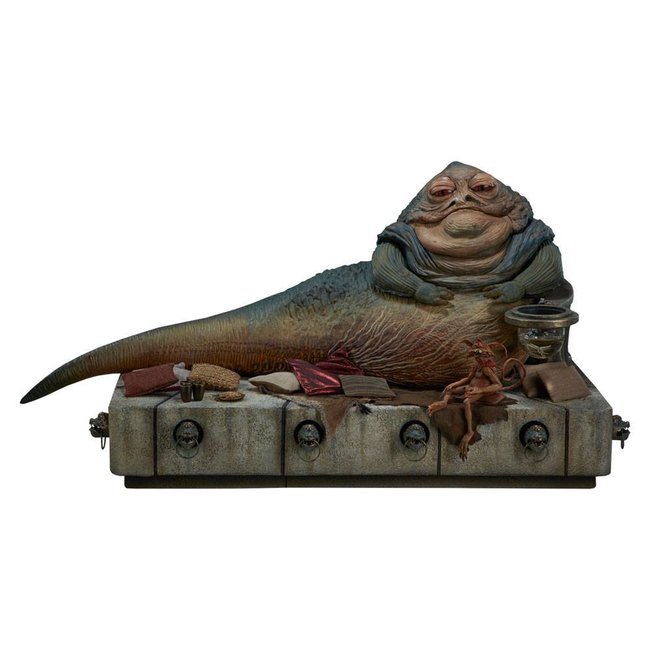 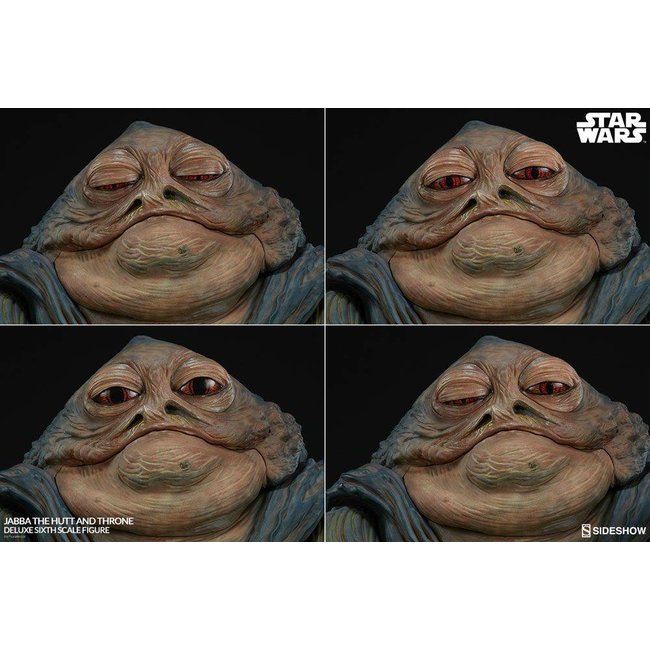 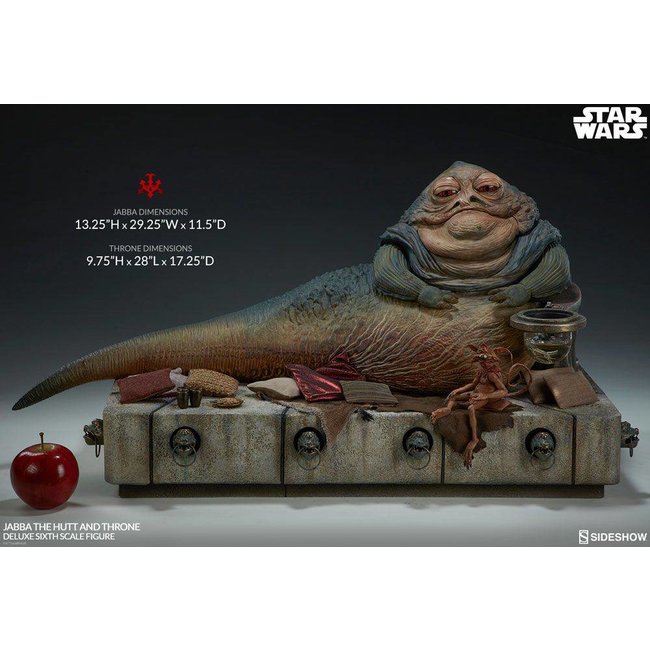 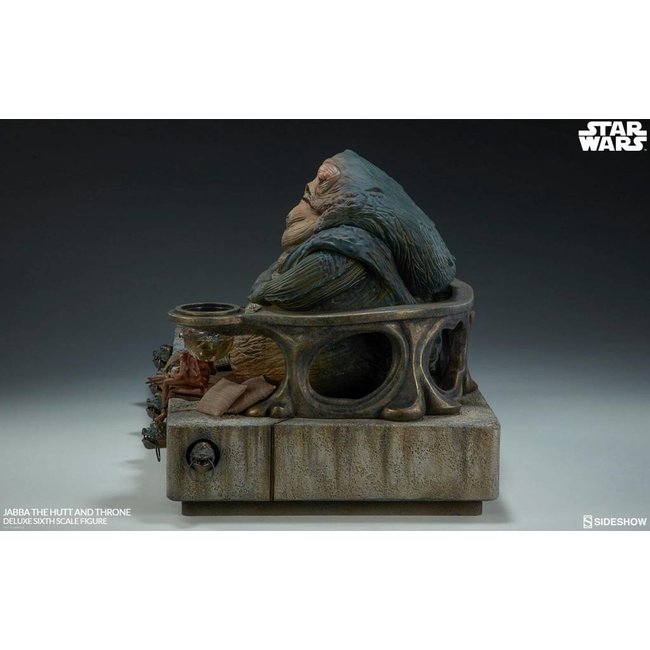 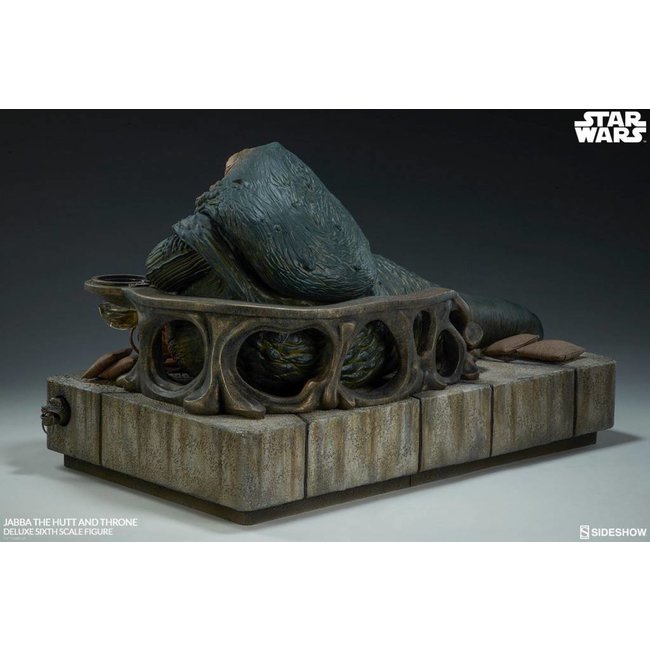 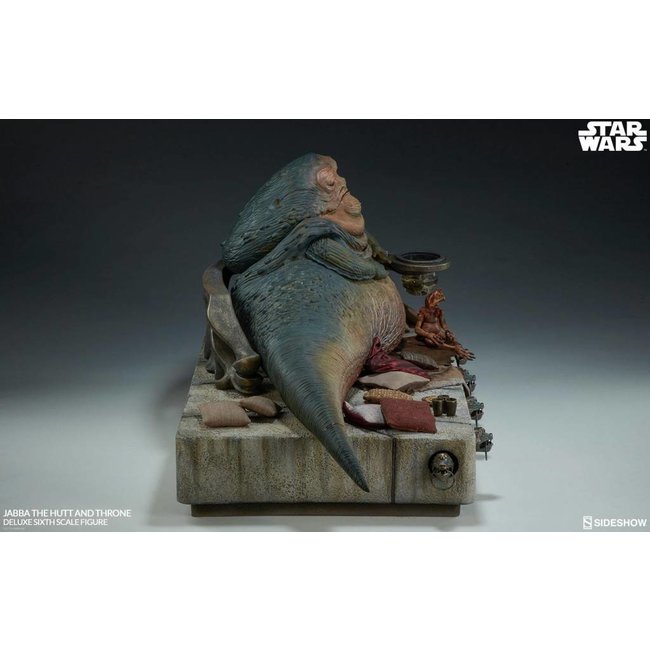 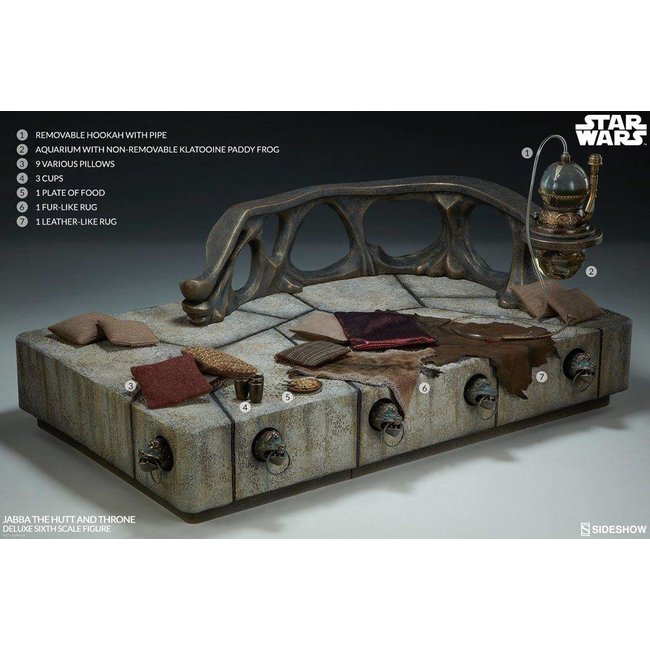 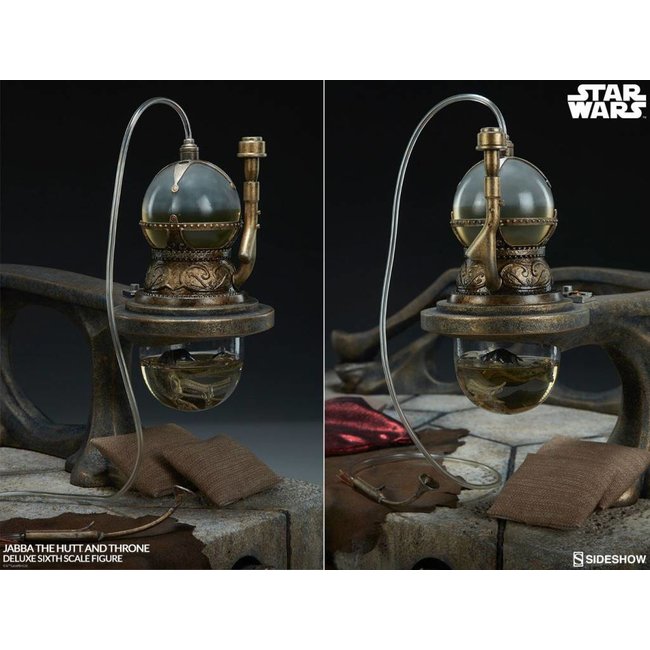 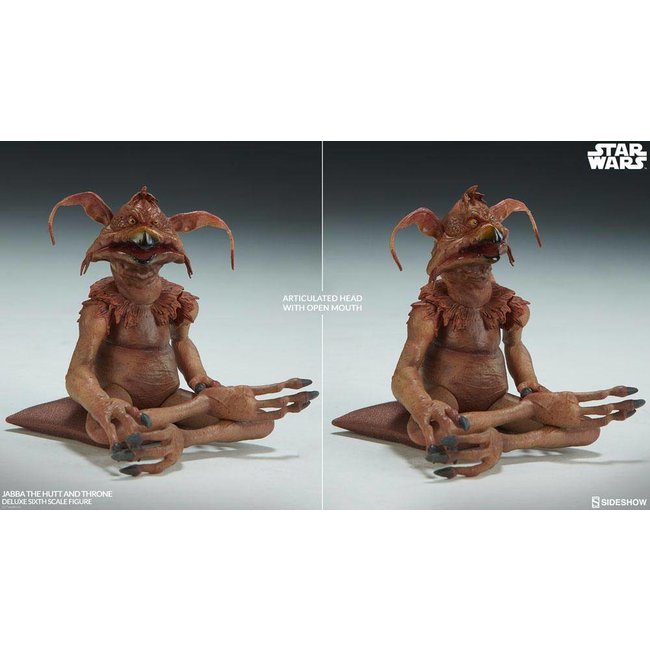 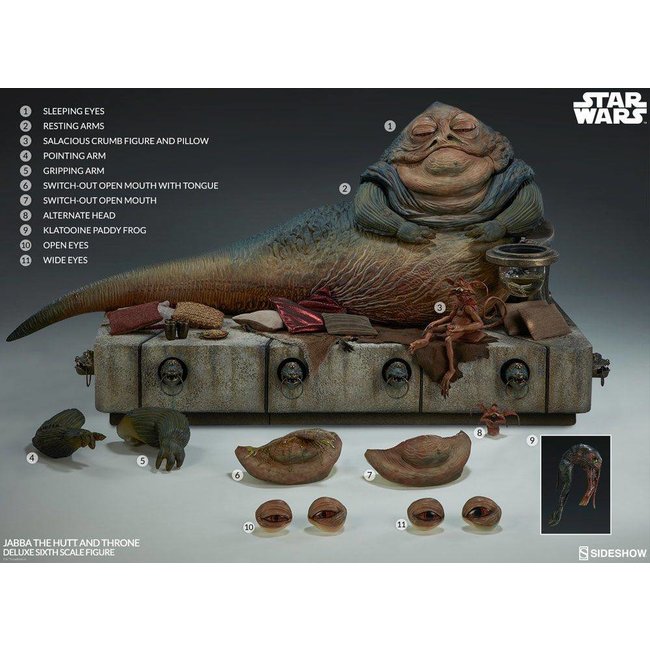 €799,00Incl. tax
In stock
Ships within 24 hours on weekdays monday till friday.

Sideshow is thrilled to present the Jabba the Hutt™ and Throne Deluxe Sixth Scale Figure set.

Based on his famously grotesque appearance in Star Wars: Episode VI - Return of the Jedi, this Deluxe Sixth Scale Figure Set features a detailed likeness of Jabba the Hutt™, measuring an intimidating 34 cm tall and over 74 cm wide. Jabba includes a variety of swappable features including a set of sleeping eyes, a set of open eyes, and a set of wide eyes. He can be displayed with a closed mouth, open mouth, or an open mouth with his tongue exposed, and the figure includes a pair of resting arms, one right pointing arm, and one left arm with a gripping hand.

Jabba's Throne base is an extremely detailed environment as seen in his palace during Return of the Jedi. It includes a removable hookah with a pipe, as well as an aquarium with a non-removable Klatooine paddy frog, along with an additional Klatooine paddy frog, along with three cups and one plate of food. The throne environment also includes one fur-like rug, one leather-like rug, and nine ornamental pillows with varied designs and textures.

We will take you to Jabba now! Add the Jabba the Hutt and Throne Deluxe Sixth Scale Figure Set to your galaxy of Star Wars collectibles today! 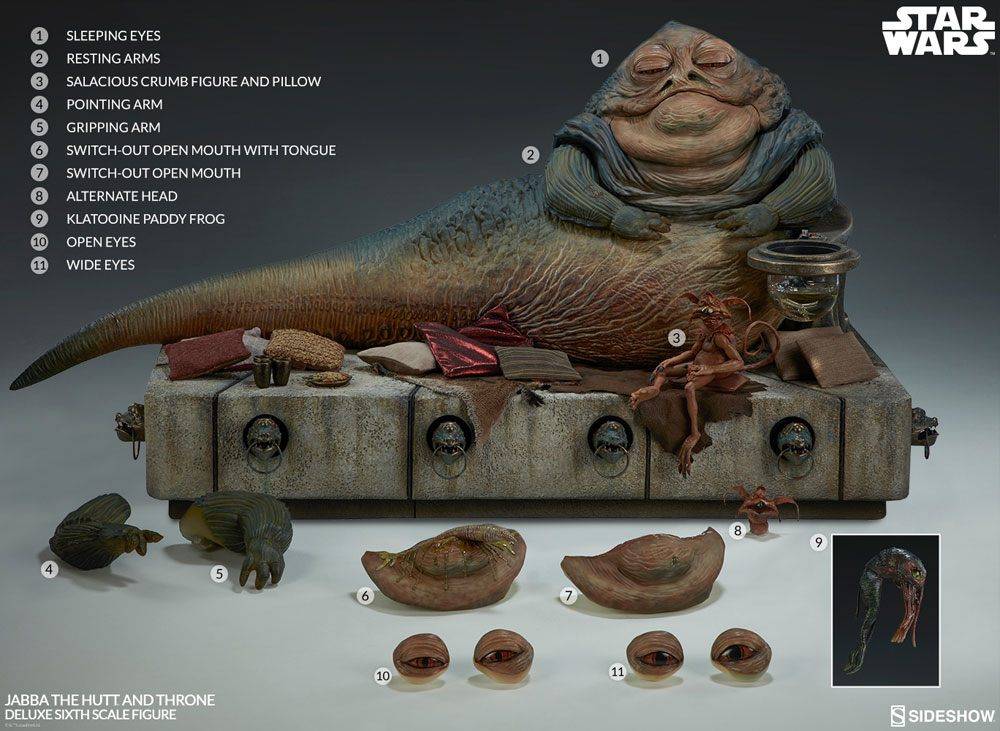 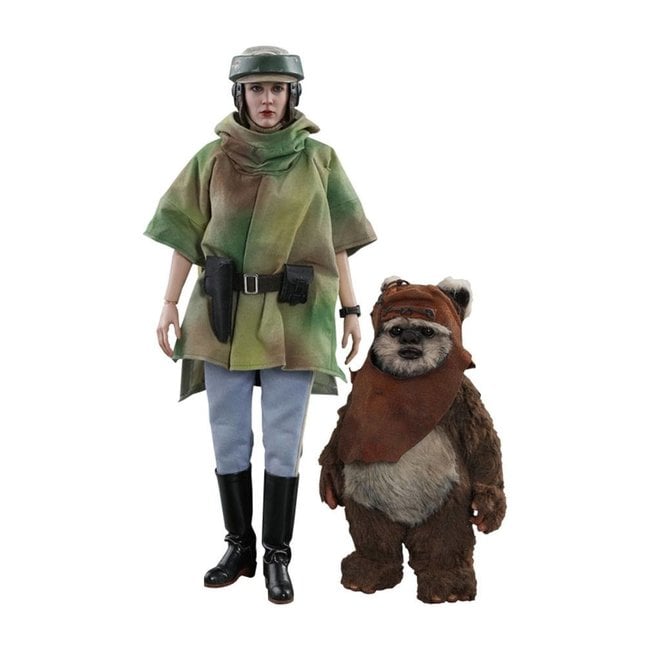 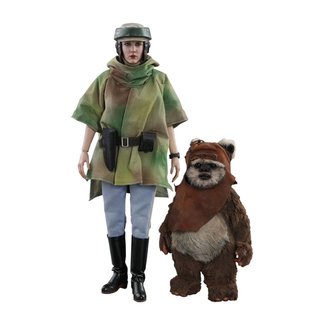