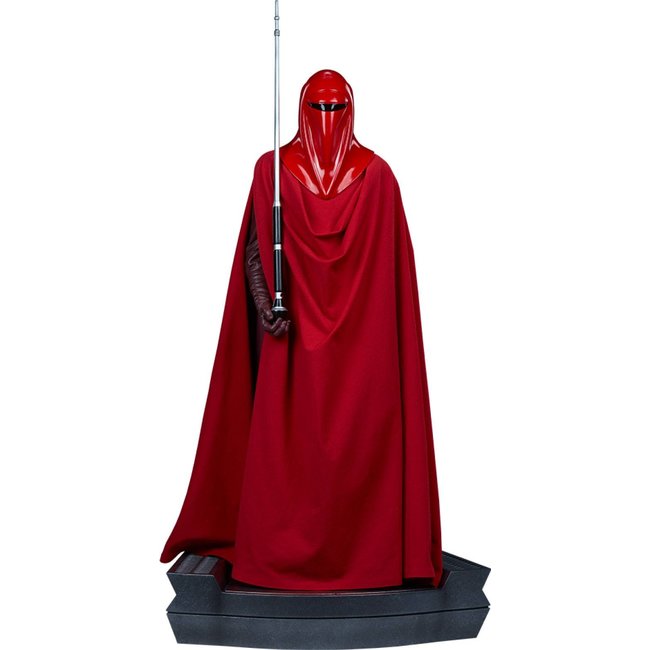 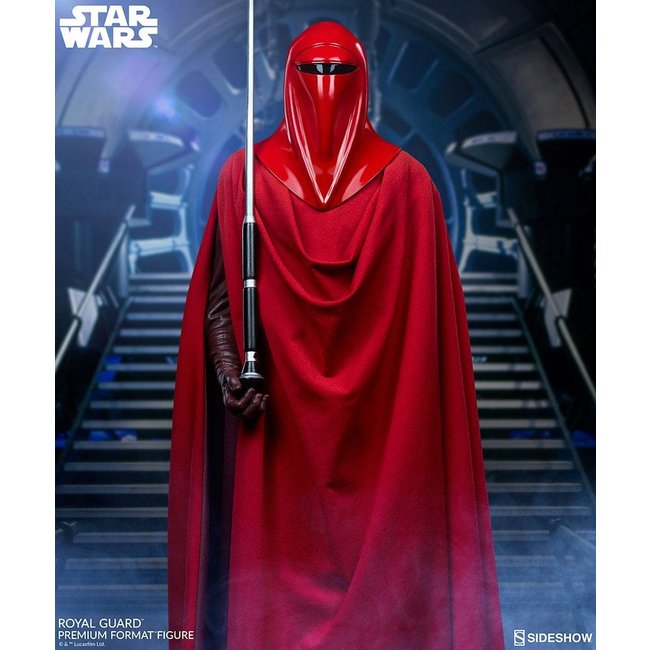 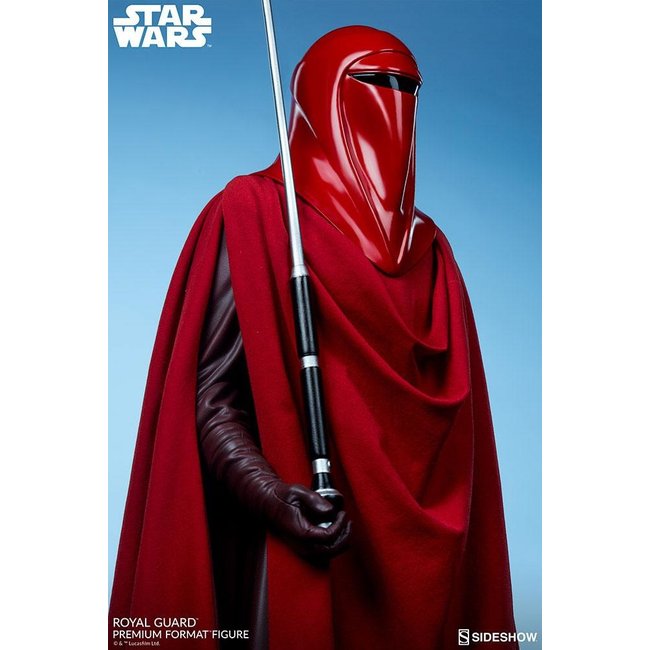 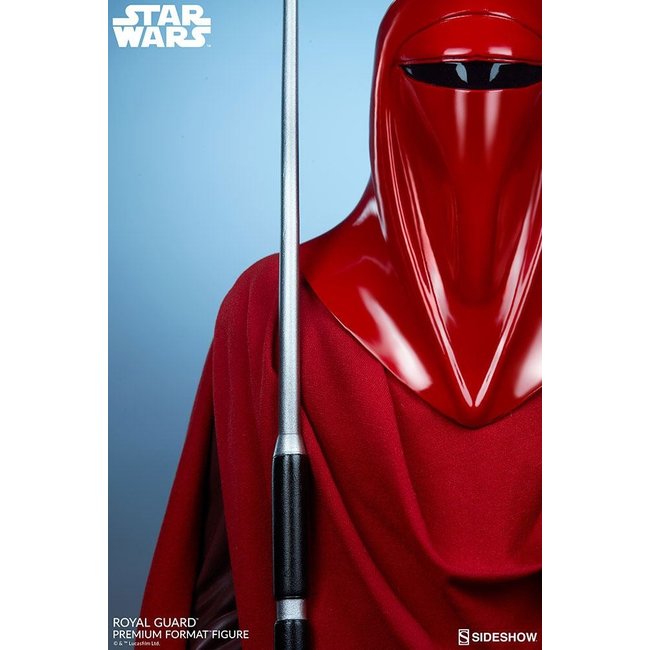 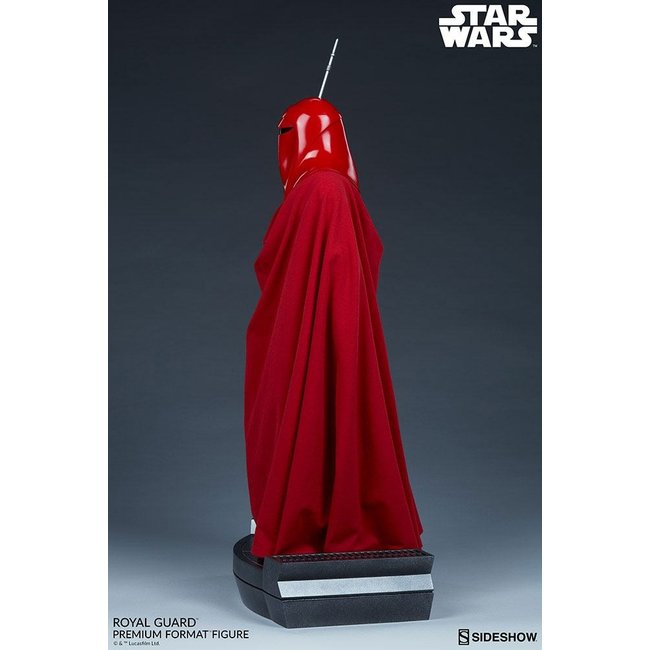 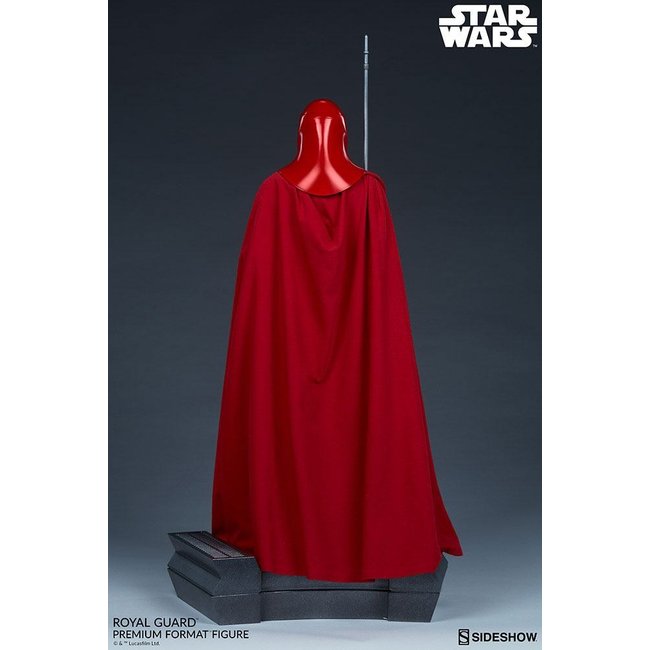 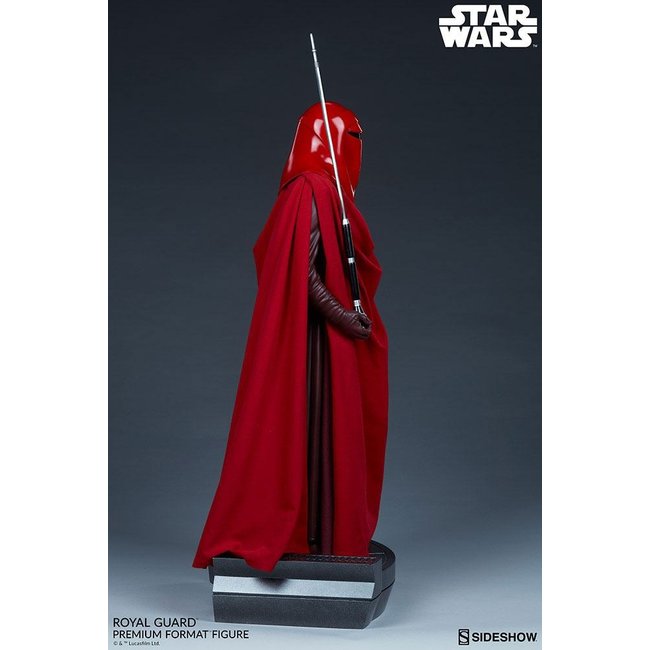 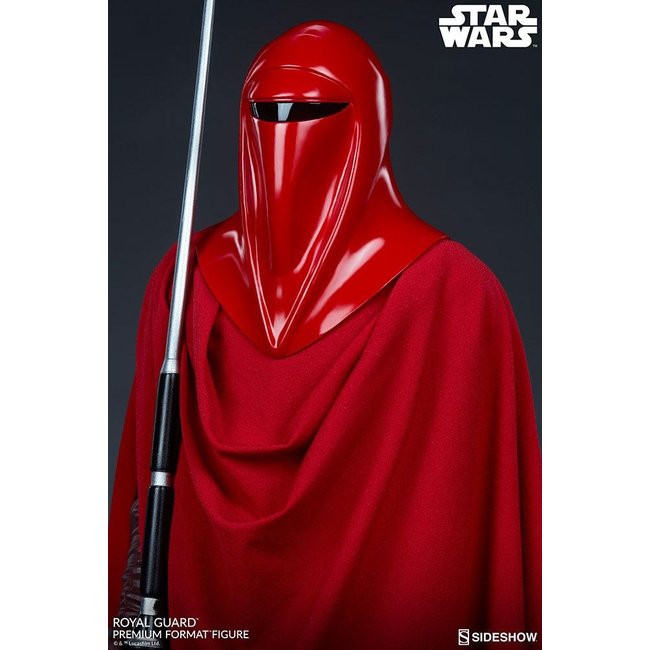 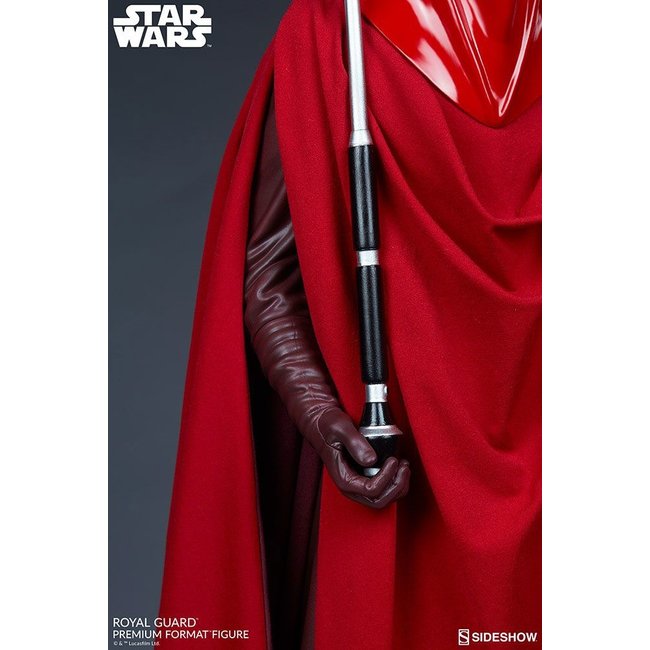 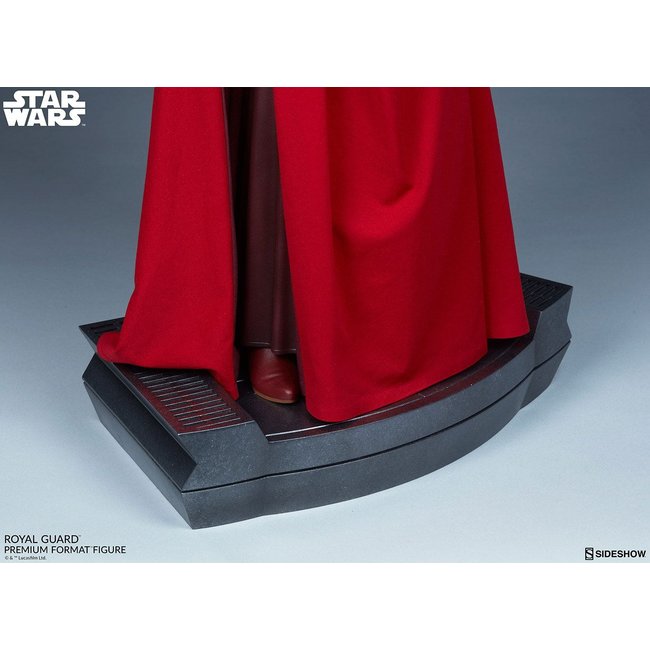 This is a pre-order item, you can order this item. Expected release date is March 2021 (subject to change)

The Royal Guard Premium Format™ Figure measures 23.5" tall on a sleek black Death Star base as this imposing Imperial keeps vigilant watch under Emperor Palpatine. The Royal Guard is a loyal servant of the Empire, robed in red fabric and armed with a Force Pike, creating the intimidating silhouette of this iconic Star Wars figure.

The Royal Guard Premium Format™ Figure features a mixed media costume composed of a polystone body beneath the crimson fabric cloak, elegantly draped to create the plunging lines of the red uniform. This elite Imperial soldier also wears a face-concealing helmet with a visor, as is customary of the Emperor's personal bodyguards. 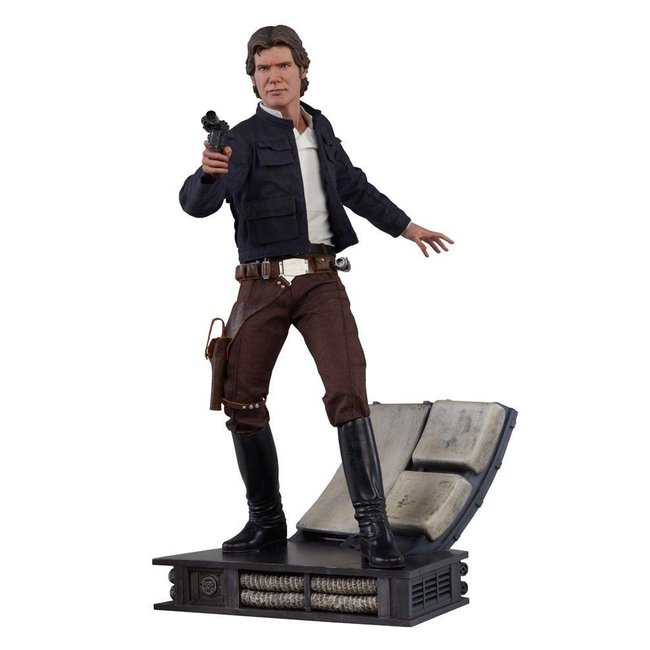 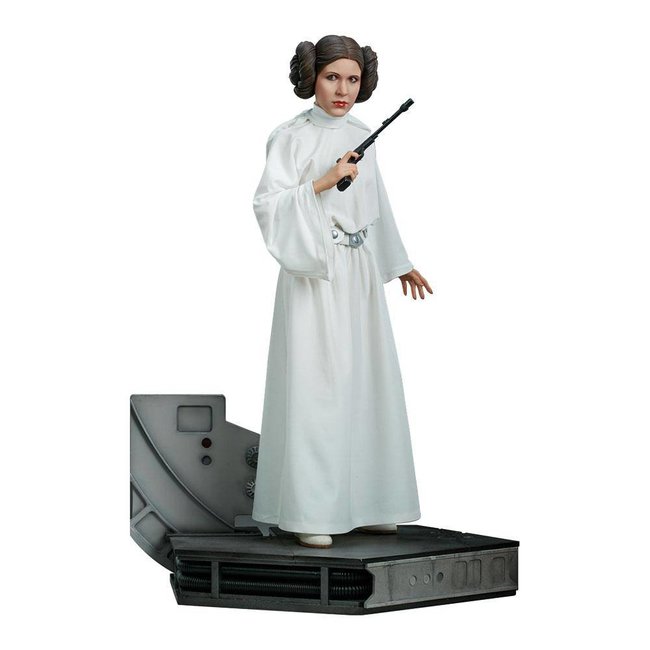 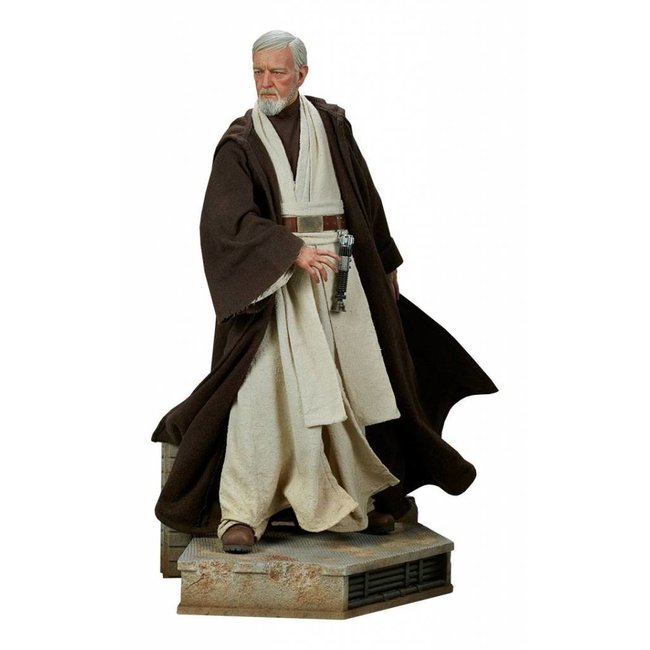 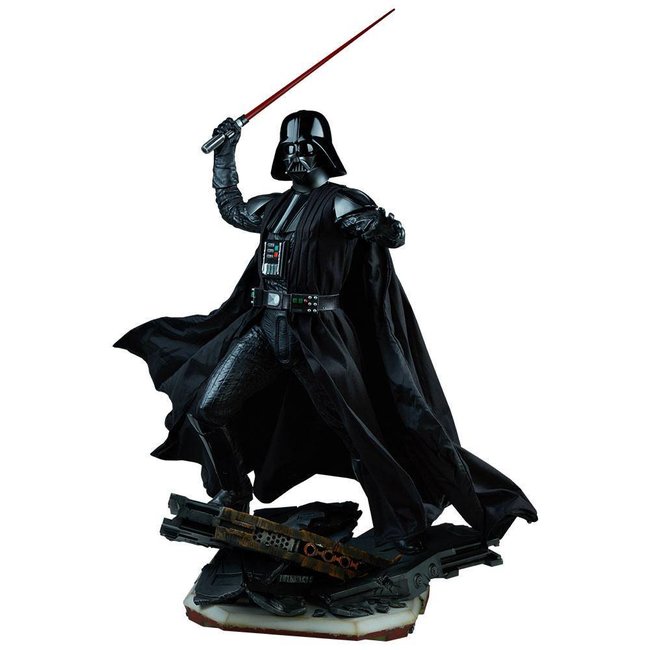 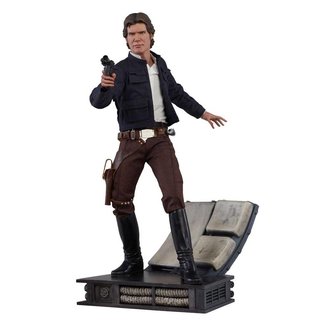 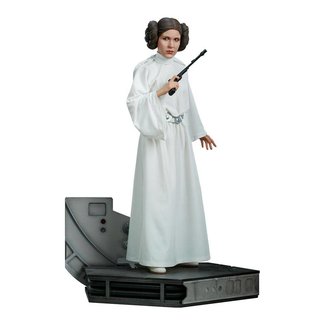 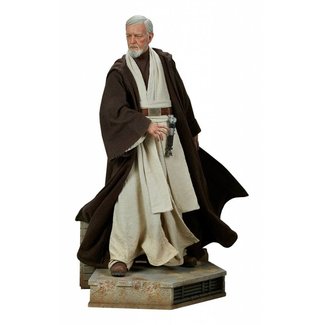 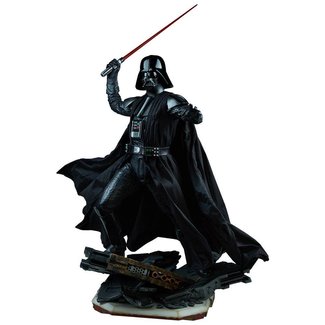