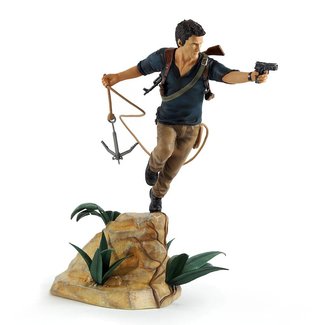 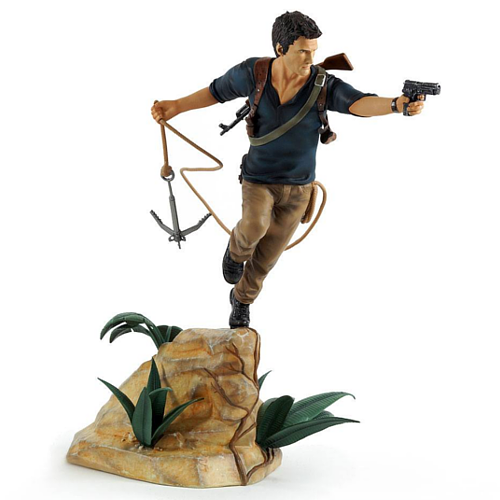 Uncharted 4: A Thief's End is an upcoming action-adventure third-person shooter platform video game developed by Naughty Dog and published by Sony Computer Entertainment for the PlayStation 4 video game console. It is the sequel to Uncharted 3: Drake's Deception, and is the fourth and final installment in the Uncharted series starring Nathan Drake, as well as the last in the series to be developed by Naughty Dog.

Uncharted 4 is set several years after the events of Uncharted 3: Drake's Deception with Nathan "Nate" Drake, now retired as a fortune hunter, settled into a normal life with his wife Elena Fisher. His world is then turned upside down when his older brother Sam, long believed to be dead, suddenly reappears seeking Drake's help. Together they embark on a globe-trotting journey in pursuit of a conspiracy behind Libertatia, a long lost pirate colony, and its fabled pooled pirate treasure. Naughty Dog outlined the game's plot as "his greatest adventure yet and will test his physical limits, his resolve, and ultimately, what he's willing to sacrifice to save the ones he loves".