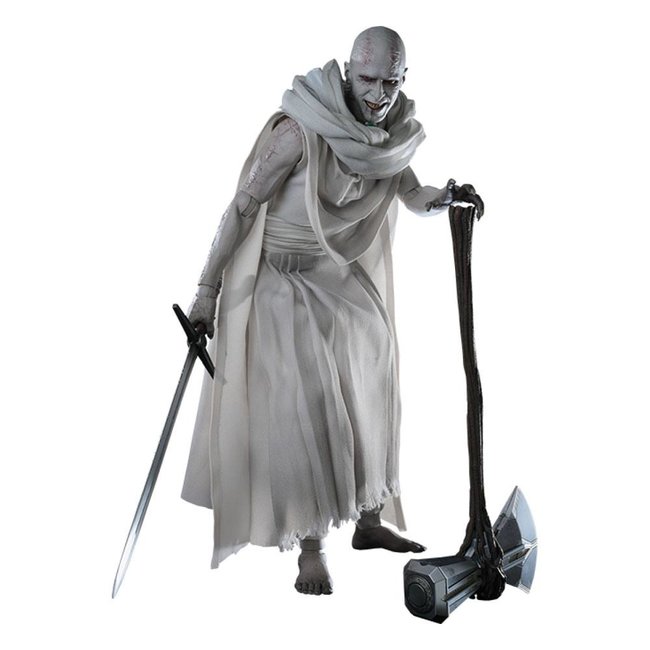 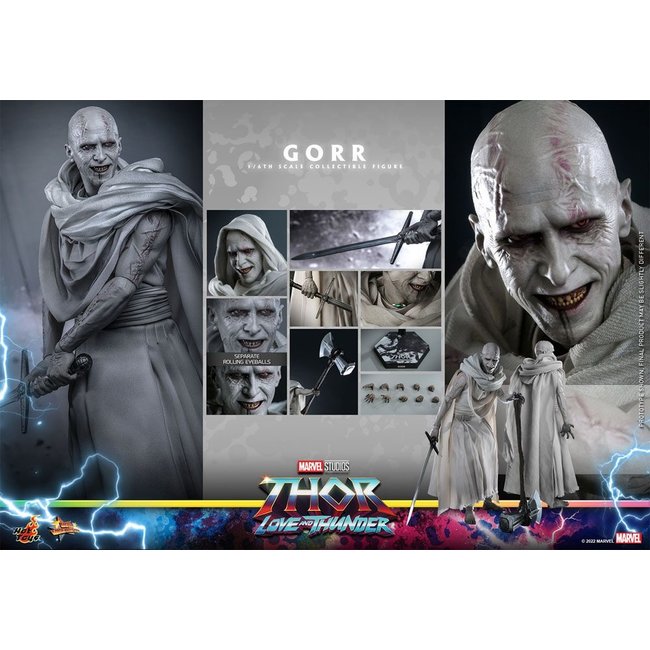 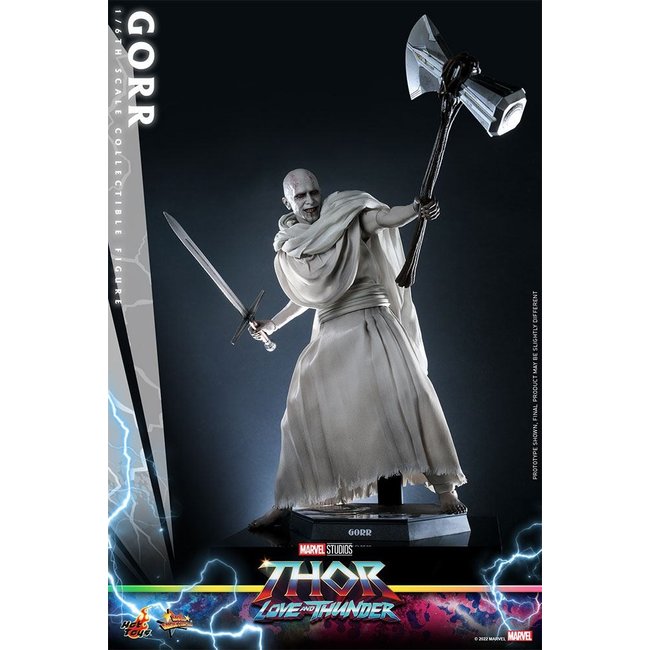 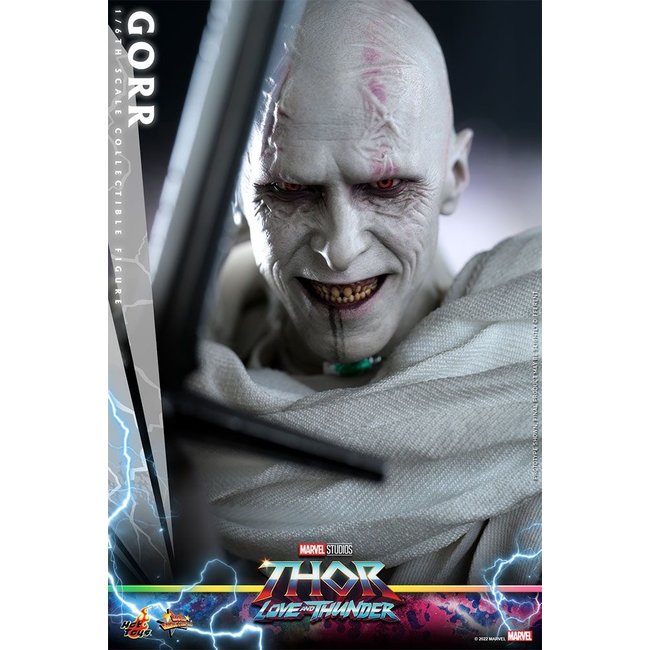 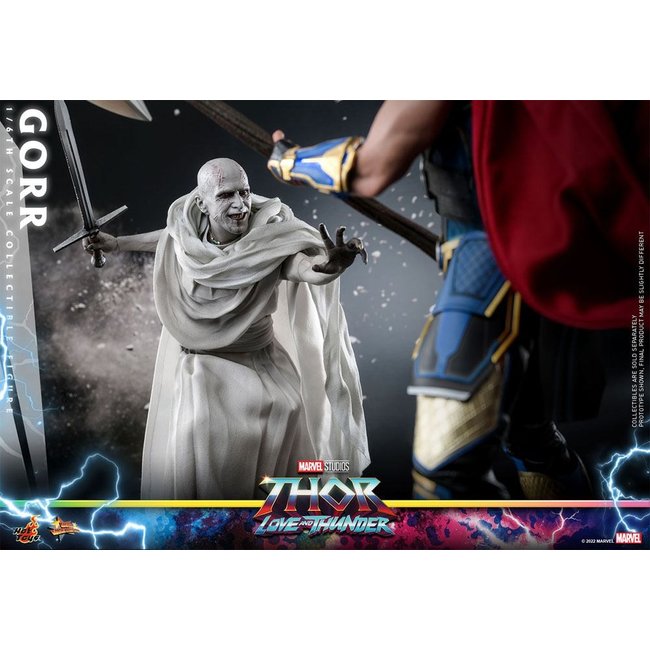 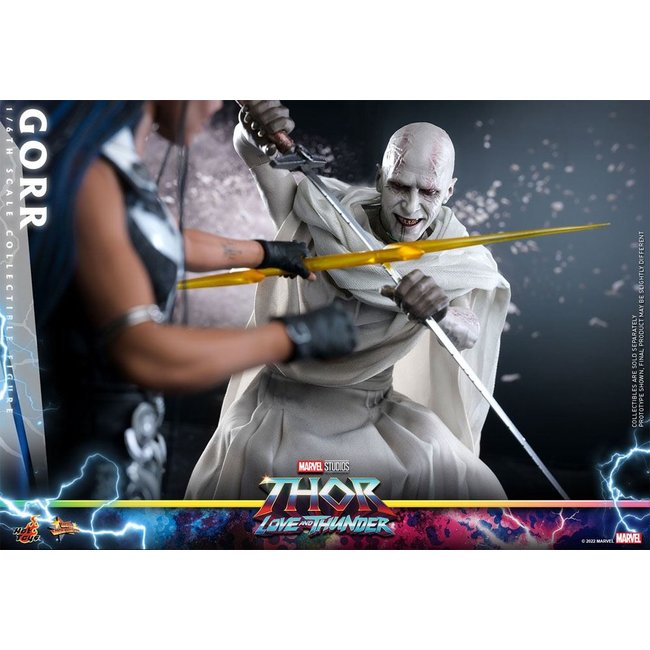 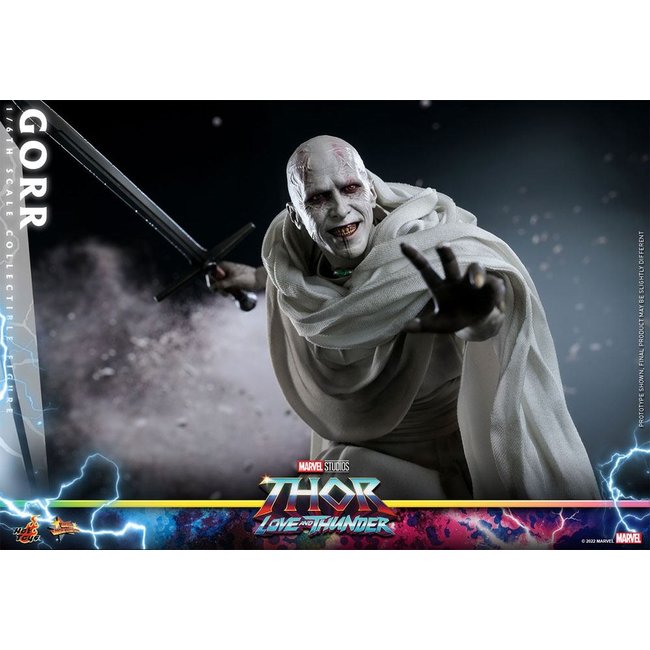 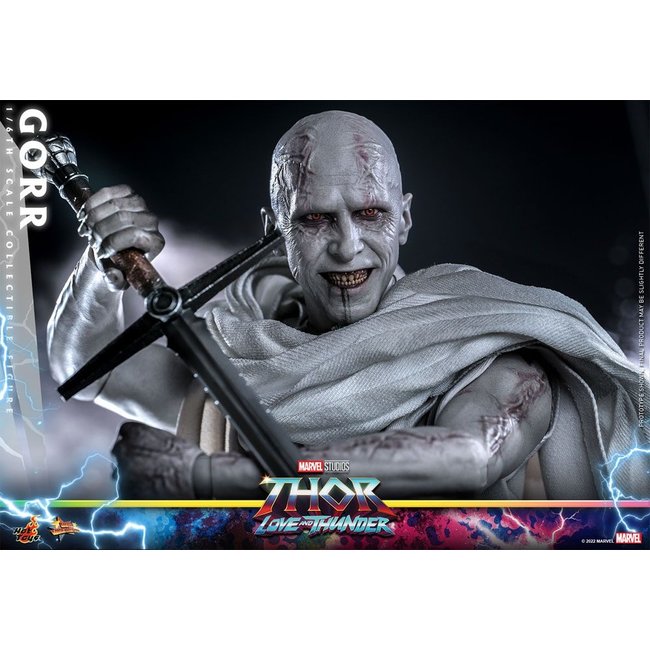 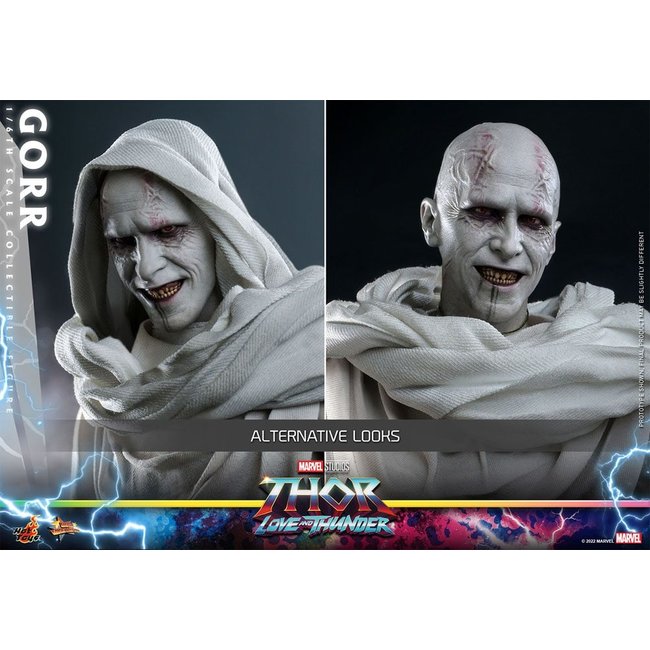 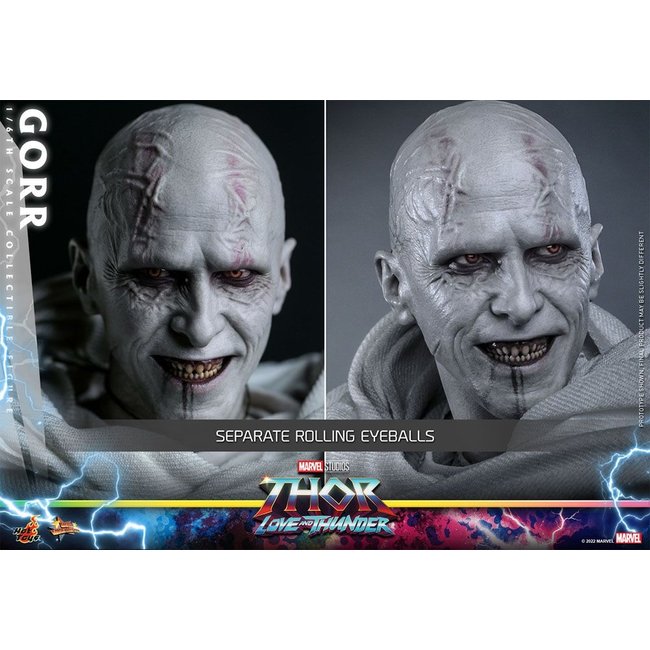 This is a pre-order item, you can order this item. Expected release date is March 2024 (subject to change)

A being of deadly reckoning, Gorr the God Butcher is hellbent on killing all the gods in the Universe. Wielding a powerful and terrifying weapon, Gorr will let nothing stand in his way.

Sideshow and Hot Toys are thrilled to expand the Thor: Love and Thunder collection series with Gorr Sixth Scale Figure depicting his fearsome visage from his premiere appearance in the movie.

The highly-accurate collectible figure is masterfully crafted based on the appearance of Christian Bale as Gorr in Thor: Love and Thunder, it features a newly developed head sculpt with separate rolling eyeballs function, sculpted scars and crooked teeth; a newly designed body and arms with scars; carefully-tailored fabric robe; and close attention to details. Iconic weapons and accessories include a Necrosword sword, a battle-damaged Necrosword, Thor's Stormbreaker, a necklace, and a figure stand.

Recreate the scenes with the Gorr collectible figure now! 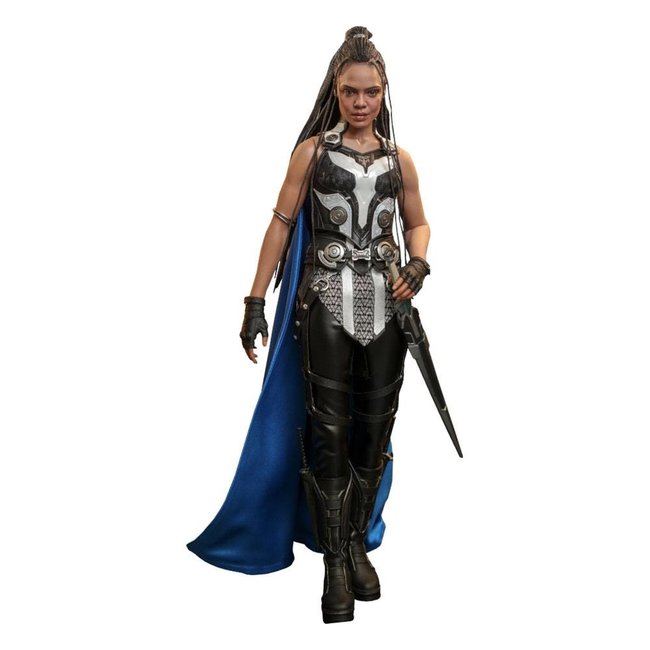 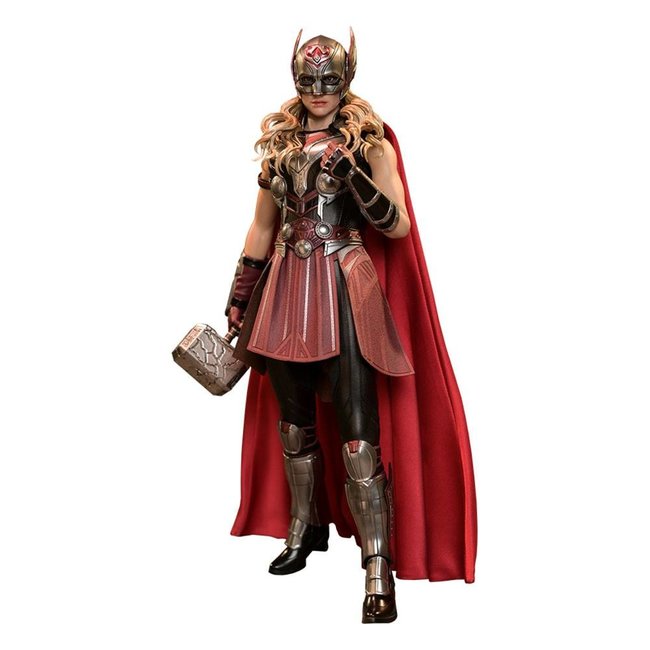 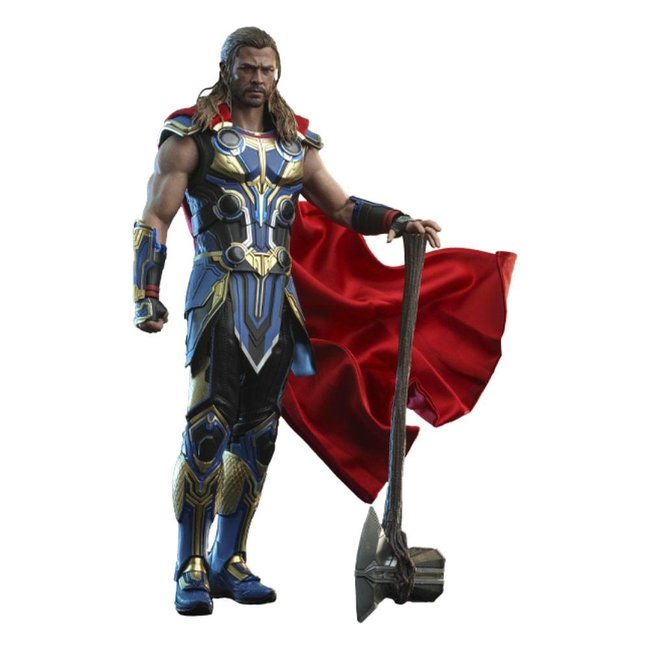 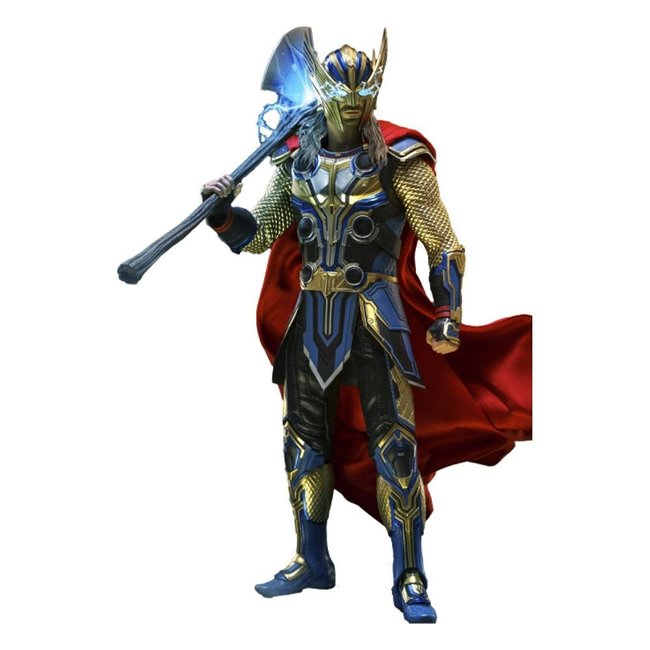 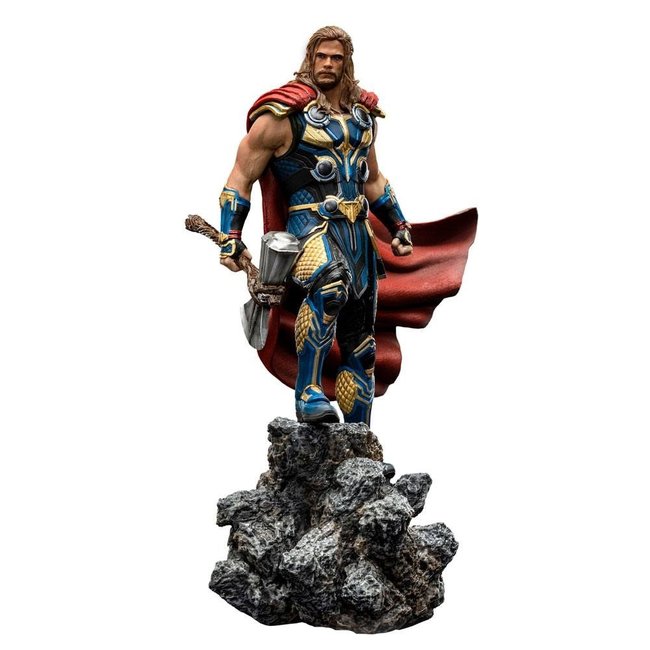