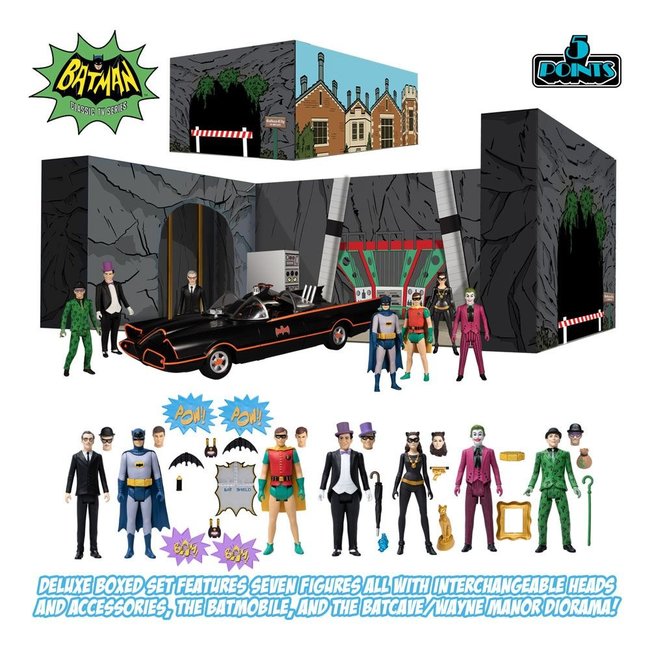 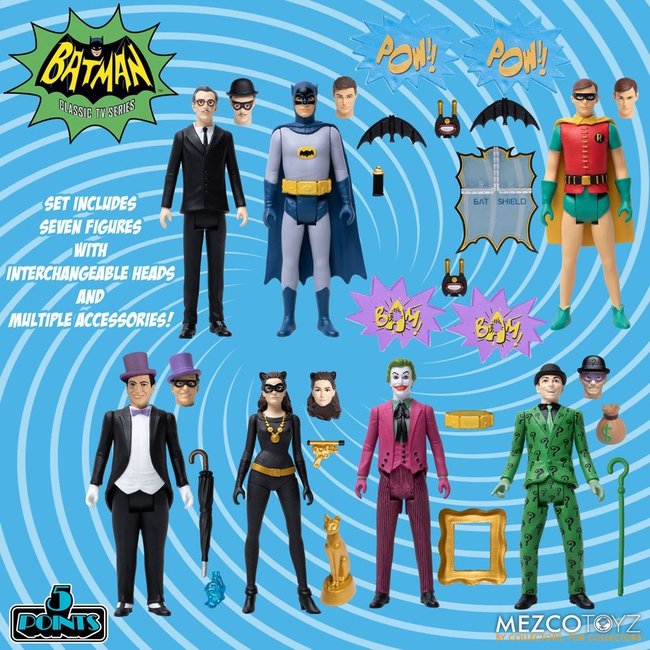 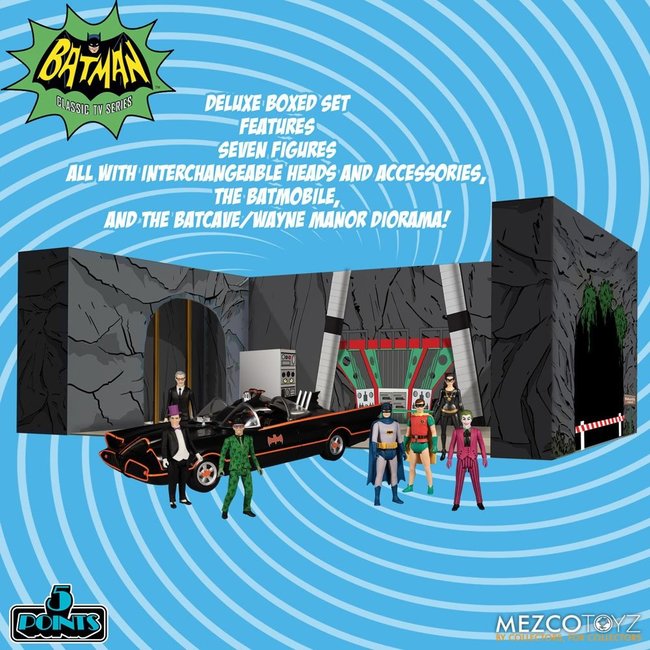 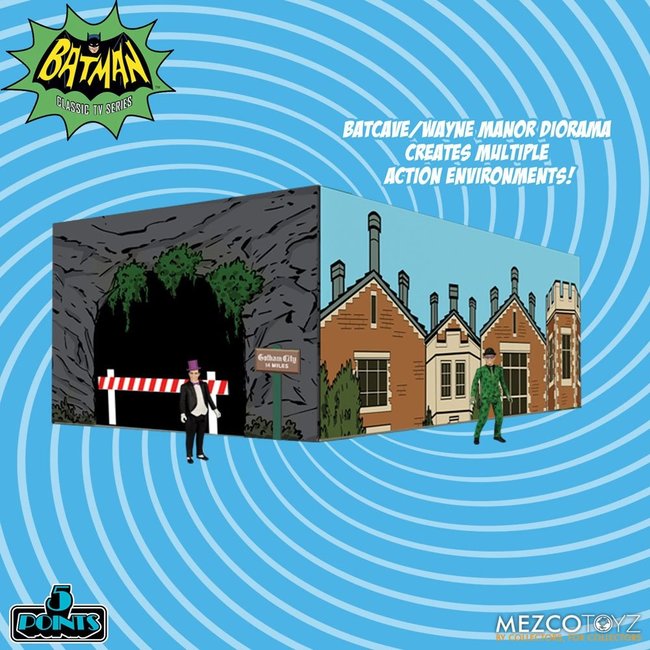 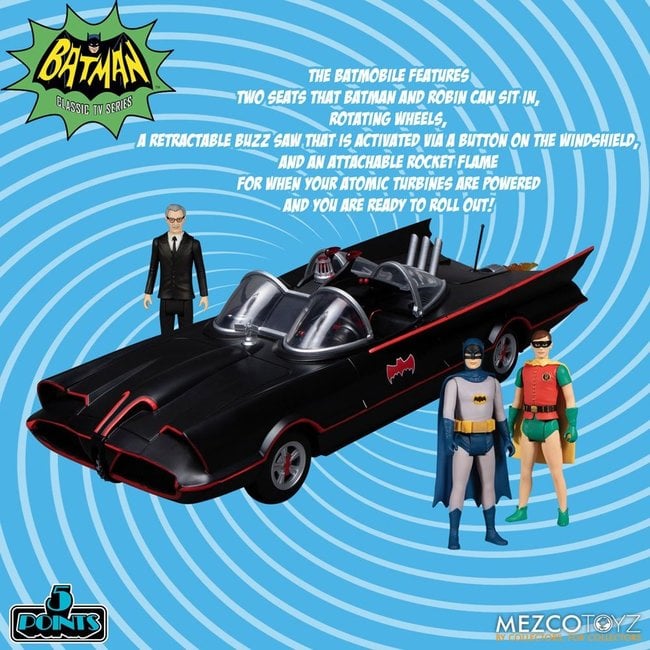 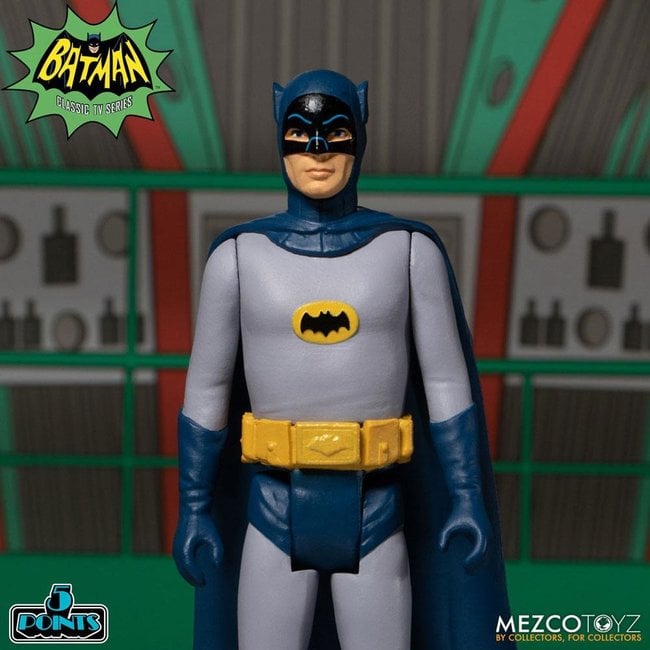 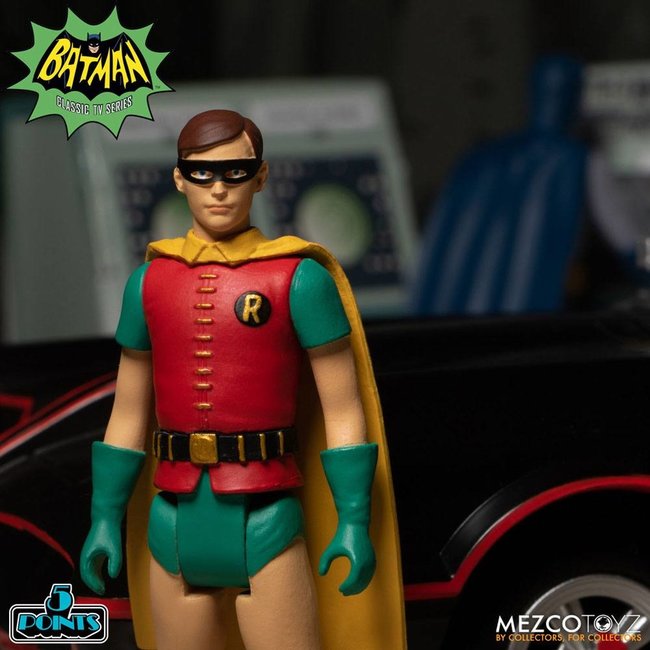 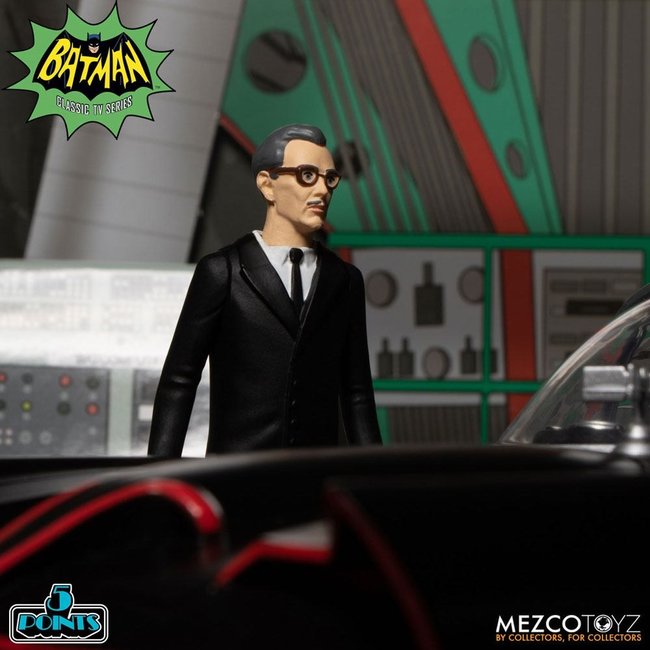 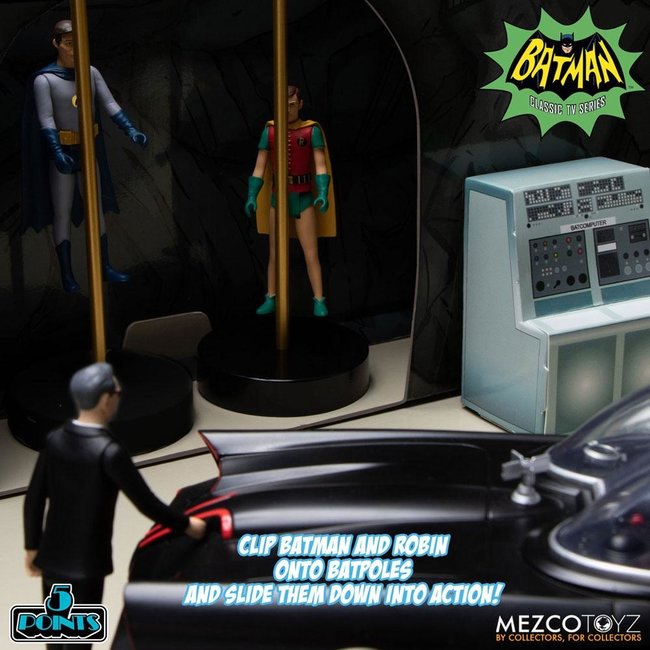 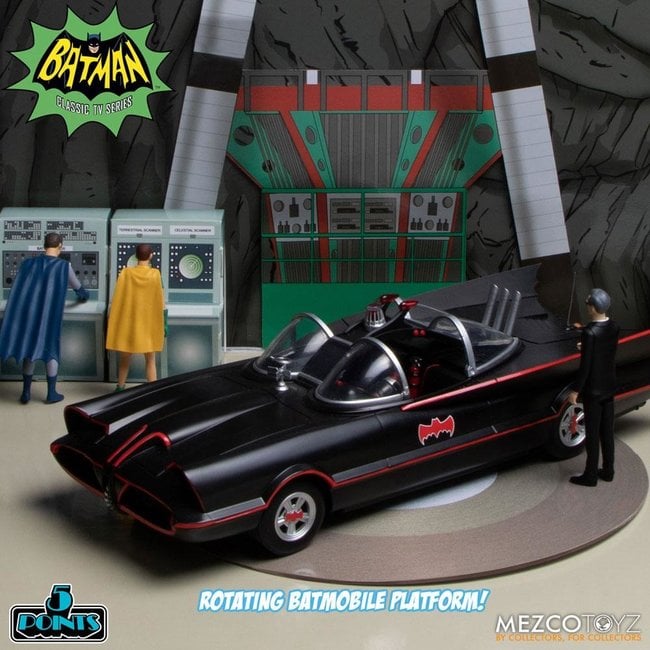 Holy Ultimate Bat-Set! Are you a Batman fan? Do you have a nostalgic love for the 1966 Batman TV show? Is collecting Batman stuff your thing? Then check out this deluxe boxed set!

This deluxe boxed set features a whopping 7 figures all with interchangeable heads and accessories, the Batmobile, and the Batcave/Wayne Manor diorama!

The 5 Points Batman (1966): Deluxe Boxed Set contains everyone's favorite crime-fighting duo and a variety of Gotham City's most notorious villains, each complete with their own interchangeable heads and accessories.

The Batmobile features two seats that Batman and Robin can sit in, rotating wheels, a retractable buzz saw that is activated via a button on the windshield, and an attachable rocket flame for when your atomic turbines are powered and you are ready to roll out!

Once assembled, the Batcave features Batcomputers, the Batpoles, and all the Batcave details as seen on the show.

- Batman - renowned crime-fighting superhero of Gotham. In addition to a vast array of hi-tech gadgets, Batman has trained his body and mind to peak human condition to battle the forces of evil.
- Robin - the Boy Wonder and Batman's trusty sidekick. Together, Batman & Robin form the Dynamic Duo.
- Alfred - faithful butler to Bruce Wayne and the only person who knows Batman & Robin's secret identities. Alfred keeps busy with his duties at Wayne Manor and below it in the Batcave.
- Catwoman - prrrofessional criminal, thief, and arch-nemesis to Batman & Robin.
- The Joker - the Clown Prince of Crime whose jokes and pranks are committed amidst his heinous crimes.
- The Penguin - foul fiend and felonious mastermind with a penchant for specialized, hi-tech umbrellas.
- The Riddler - quizzical criminal trickster and one of Batman's greatest foes. The Riddler commits various bizarre crimes and leaves riddles behind leading to his next misdeed.
- Batmobile - super-charged, super-vehicle full of gadgets to aid the Dynamic Duo during their missions.
- Batcave - secret subterranean headquarters of Batman and Robin. The Batcave contains a direct passage to Wayne Manor and contains a wide range of crimefighting equipment.

5 Points are Mezco's upgrade to the articulated action figures of yesteryear. These highly detailed, poseable action figures feature some of pop culture's most familiar faces, both old and new. 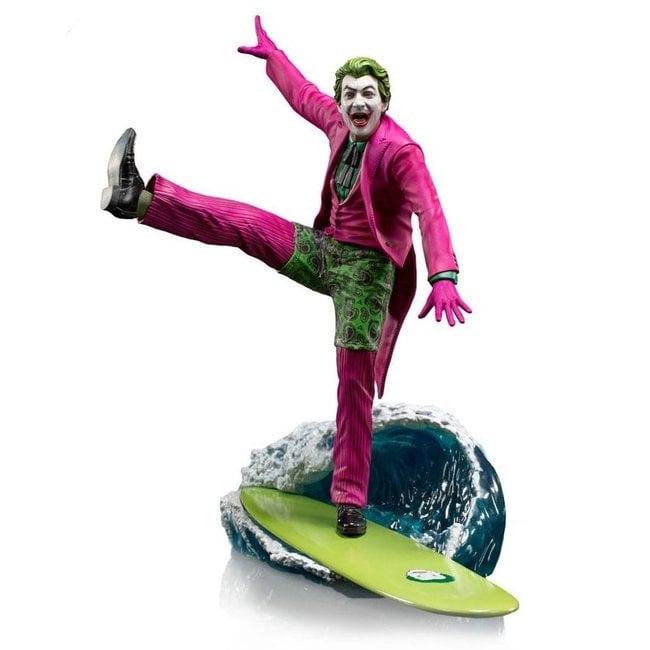 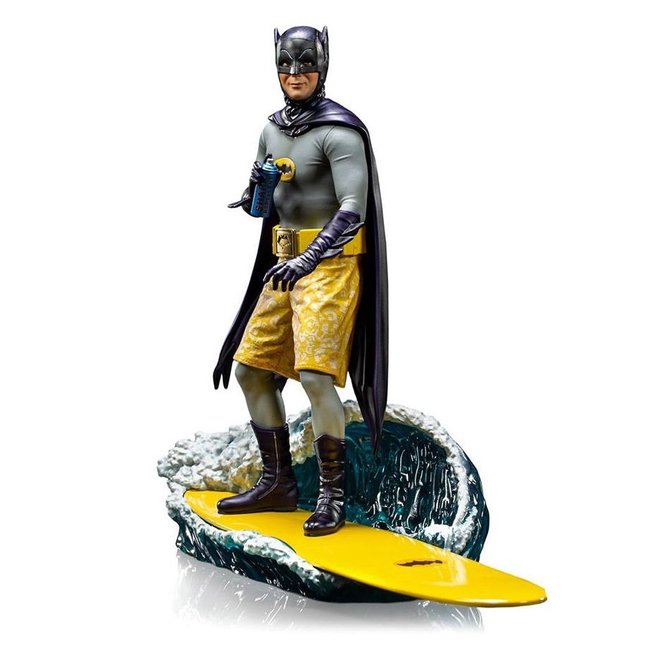 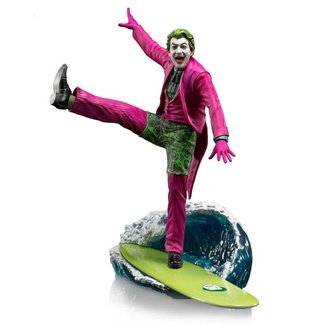 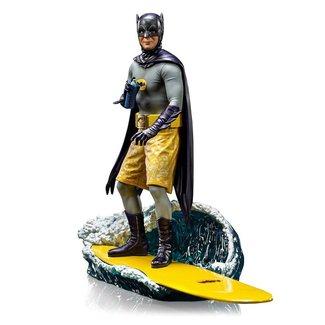