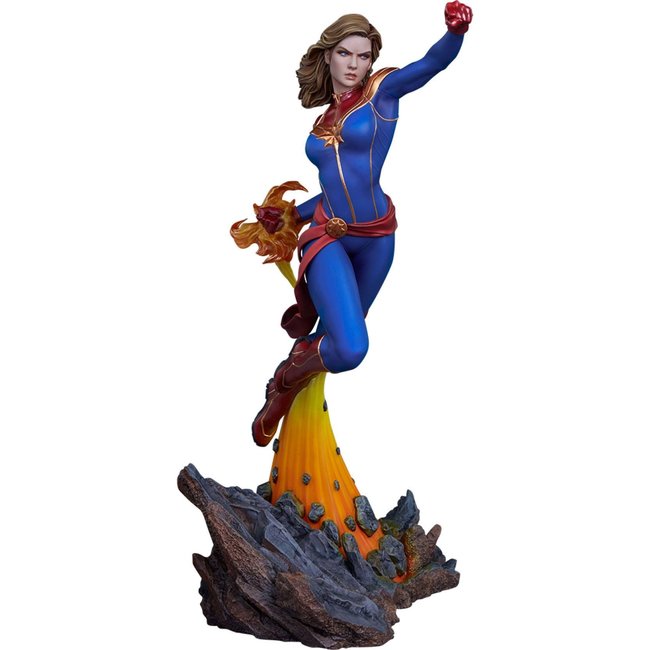 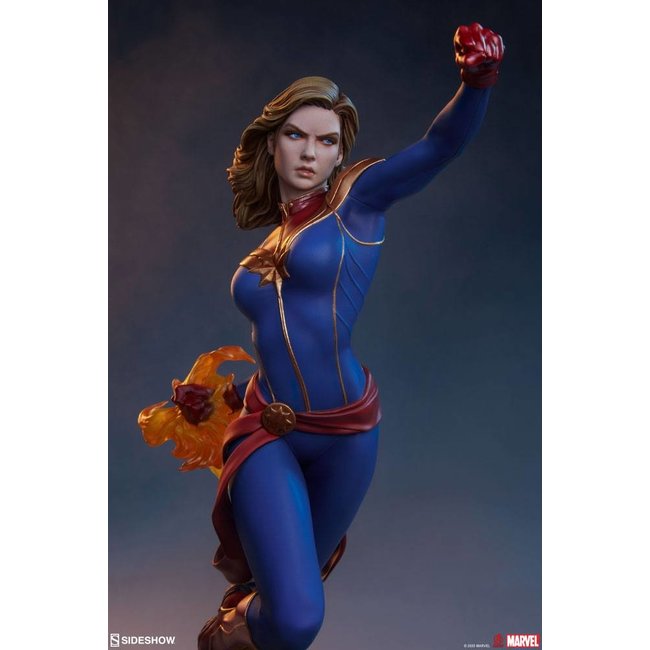 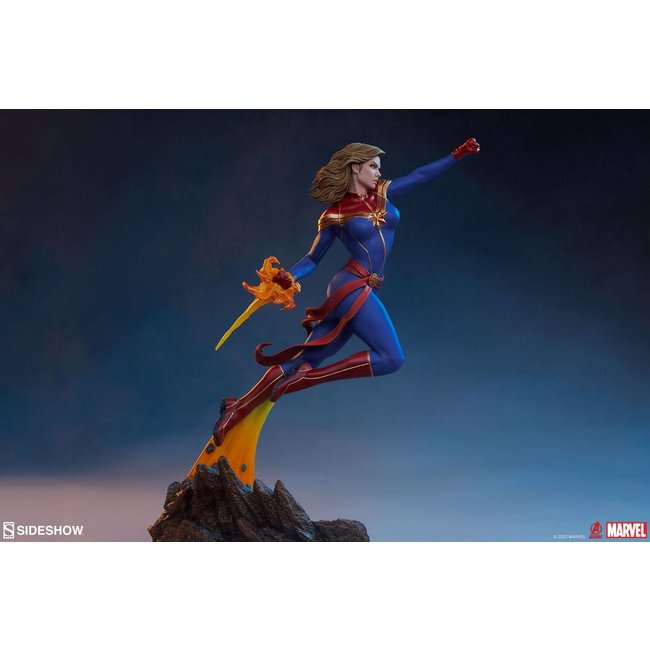 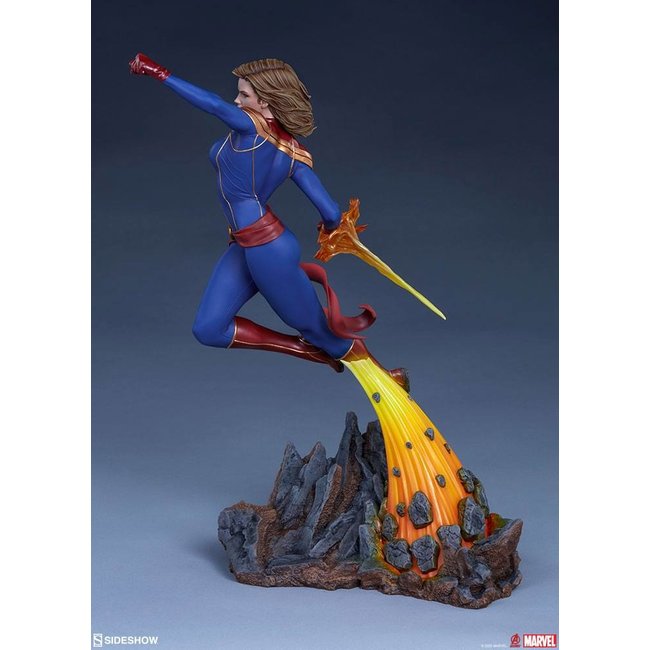 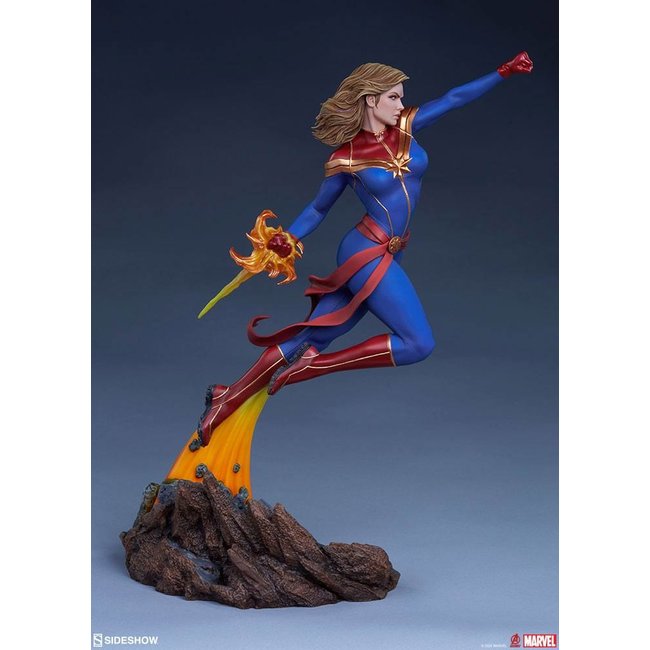 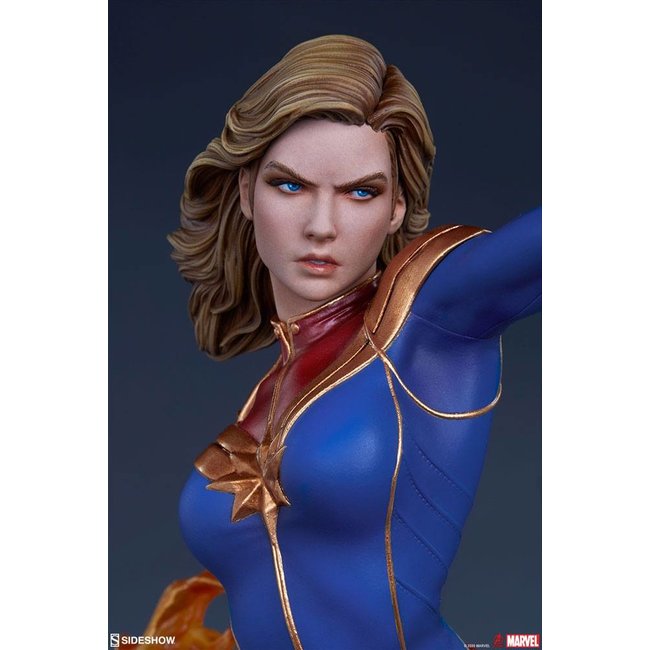 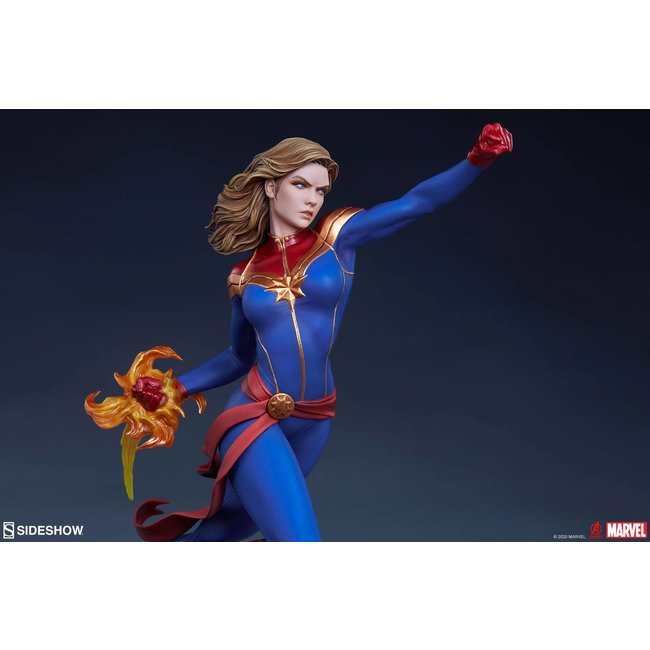 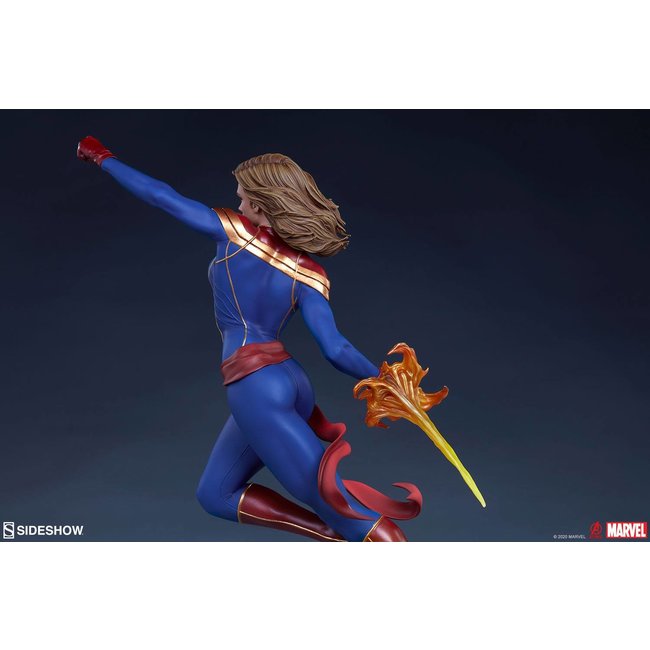 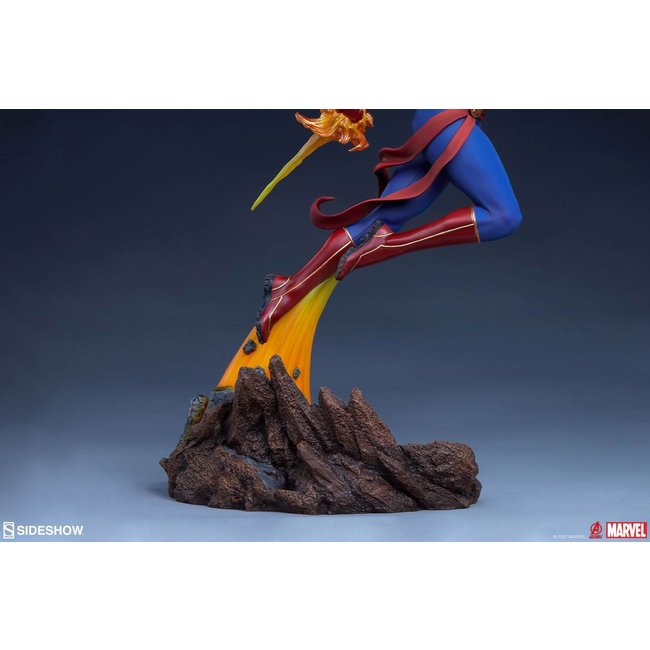 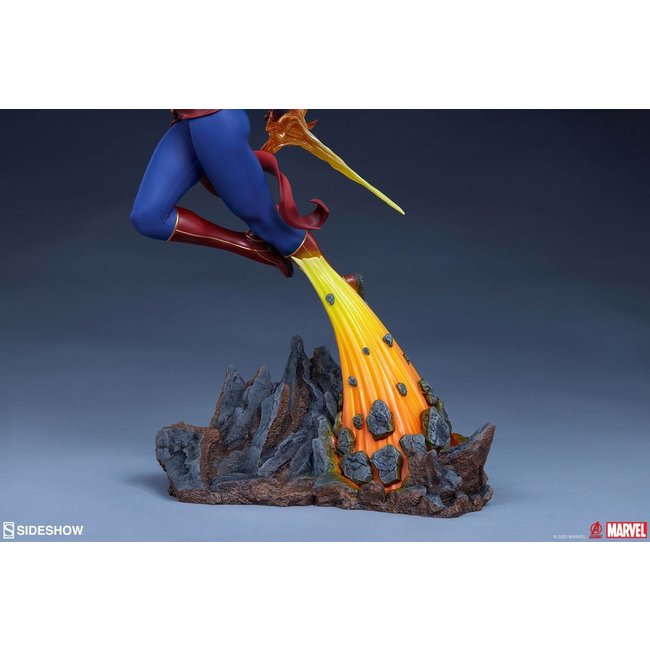 Inspired by some of Marvel's most iconic characters, the 1:5 scale Avengers Assemble collection captures the colorful and battle-ready styles of Earth's Mightiest Heroes!

The polyresin Captain Marvel statue measures 16" tall as Carol Danvers launches herself skyward, prepared to let loose a powerful photon blast from her right fist as she leaves a trail of orange and yellow energy in her wake. This fearless fighter is prepared to punch holes in the sky to overcome even the deadliest of foes. Captain Marvel's iconic blue, red, and gold uniform is fully sculpted and features windswept red sashes and a raised gold Hala star on her chest. Her long-haired portrait captures the stern determination of this former Air Force pilot-turned-Avenger, making her a mighty addition to your Marvel collectibles.

Pair Captain Marvel with her allies like Captain America, Black Widow, and Iron Man, or pit her against the villainous Thanos to create an earth-shattering showdown on your shelf. Each of the Avengers Assemble Statue Collection features a rubble-covered proximity base that stands alone or complements others to create an atmospheric battle environment.

Bring home some star-power and recruit the Captain Marvel Statue for your collection today! 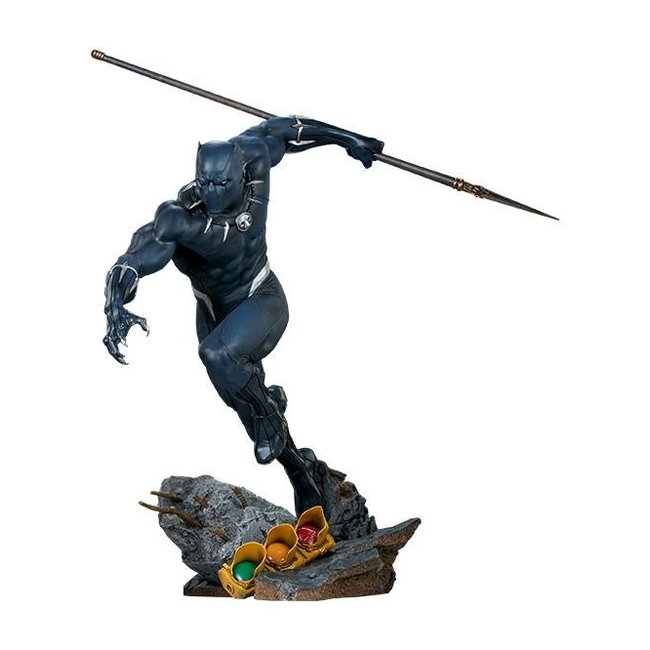 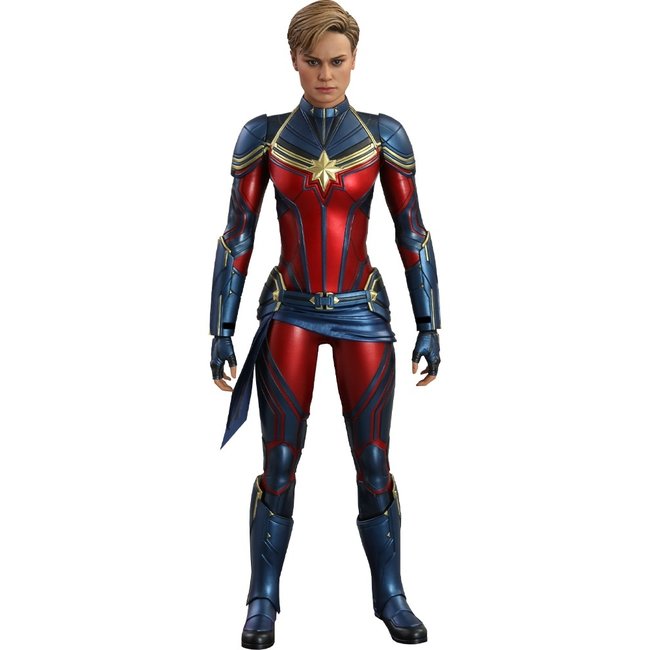 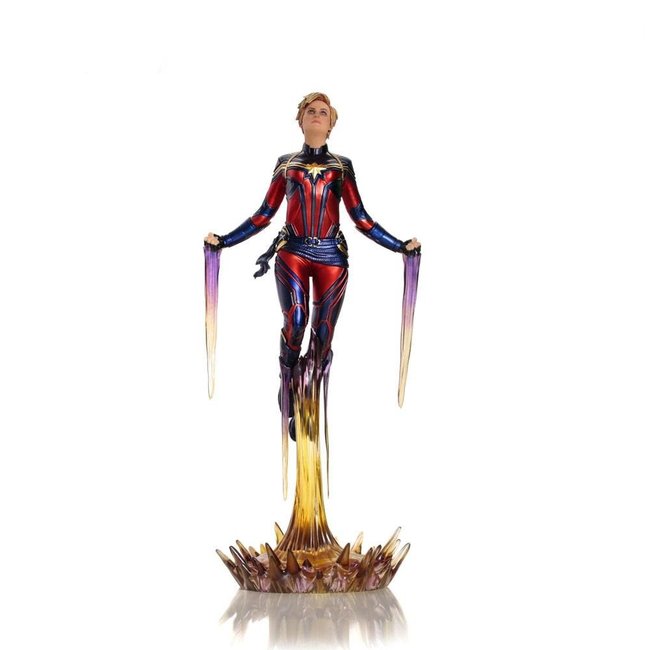 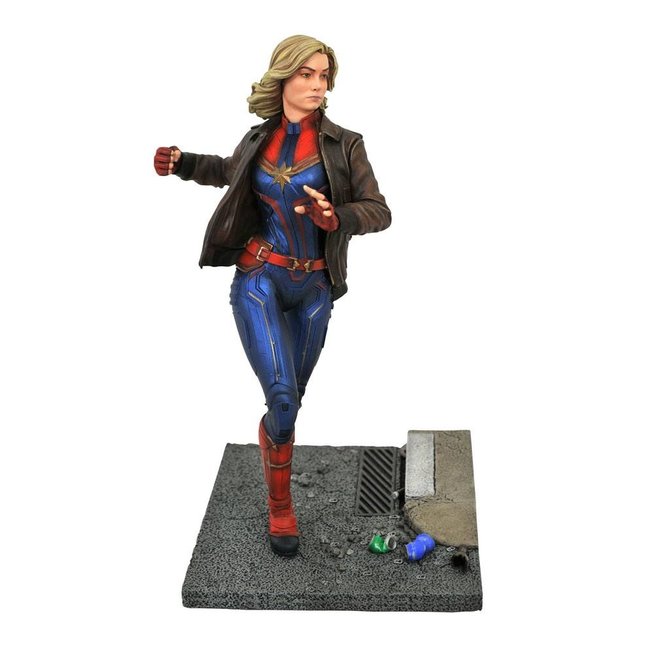 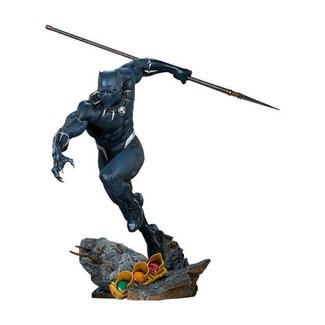 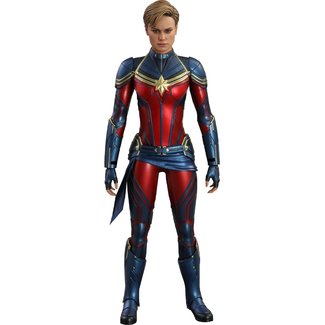 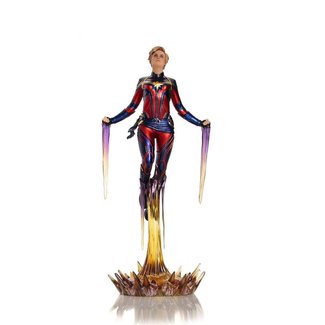 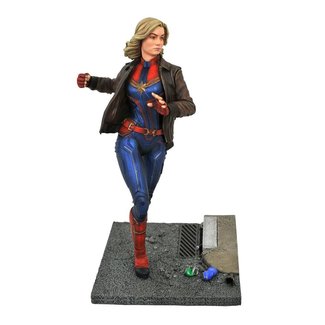